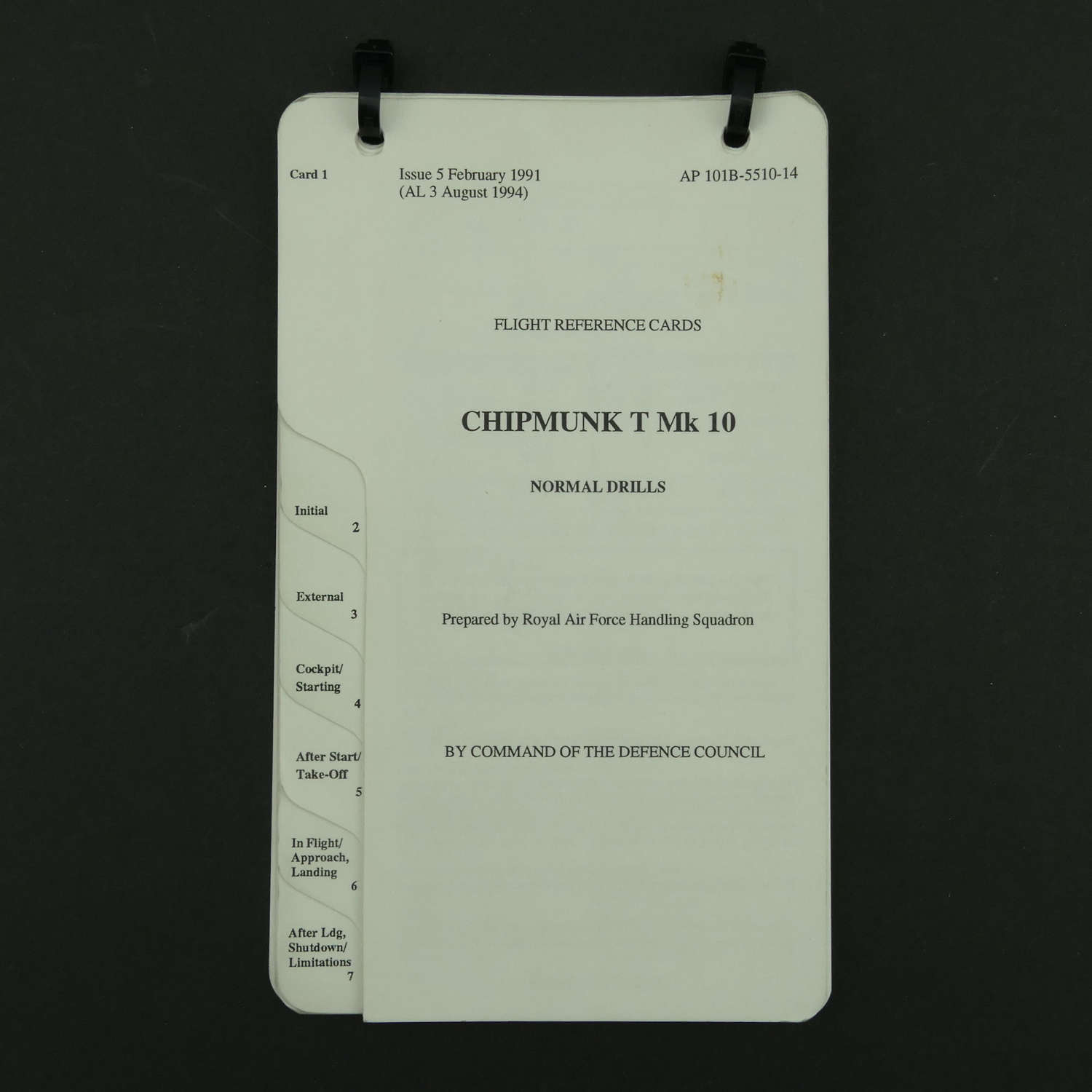 Flight Reference Cards, Chipmunk T Mk.10, Issue 5, February 1991 (Aug. 1994 edition).  AP 101B-5510-14.  Prepared by the  RAF Handling Squadron by Command of The Defence Council.  Approximately 12 x 20cm, 11 double sided cards with vital information for the normal & emergency drills required from pre-flight through starting, take-off, descent, landing and shutdown. Emergency drills include engine & cockpit fires, forced landing & ditching etc.  A little dog-eared/worn through use but perfectly legible.  These belonged to a pilot who joined the RAF in 1963 and flew with 111, 11 and 92 squadrons on Lightnings, Phantoms, Tornadoes, Devons and Chipmunks.  He also flew with the Battle of Britain Memorial Flight, piloting both the Spitfire and Hurricane.  Purchased directly from the pilot. His name will be supplied to the buyer.  Stock code P23174. 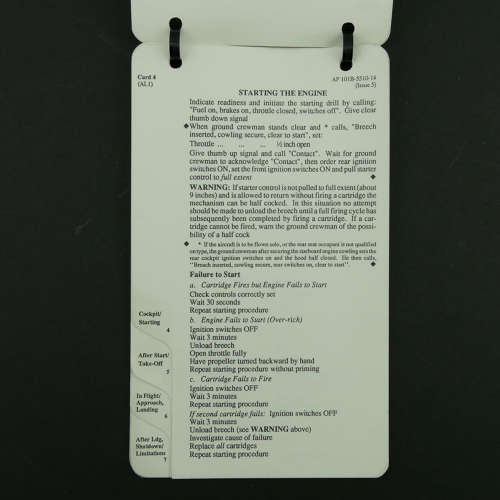 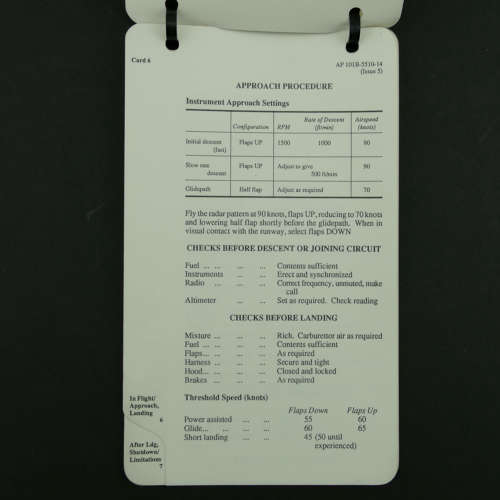 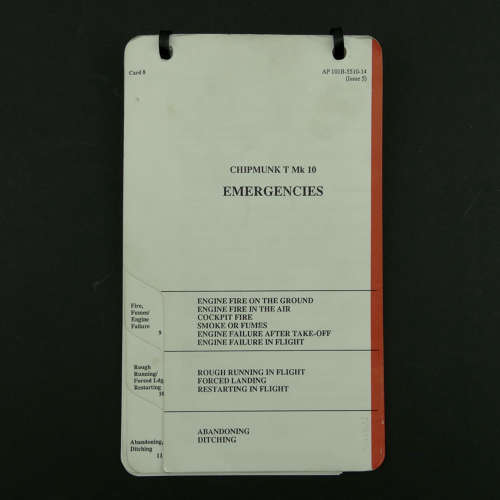 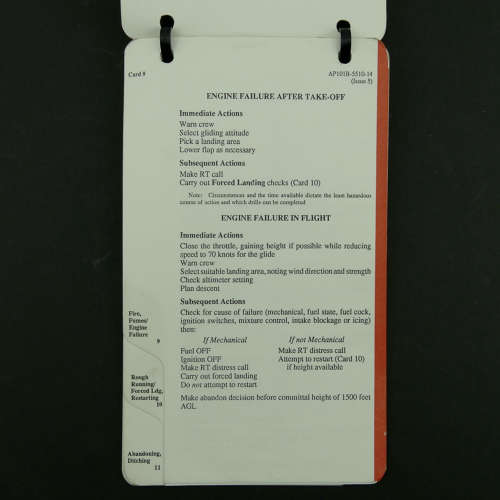 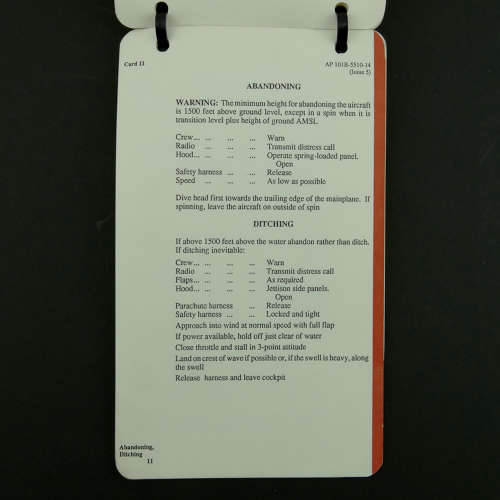