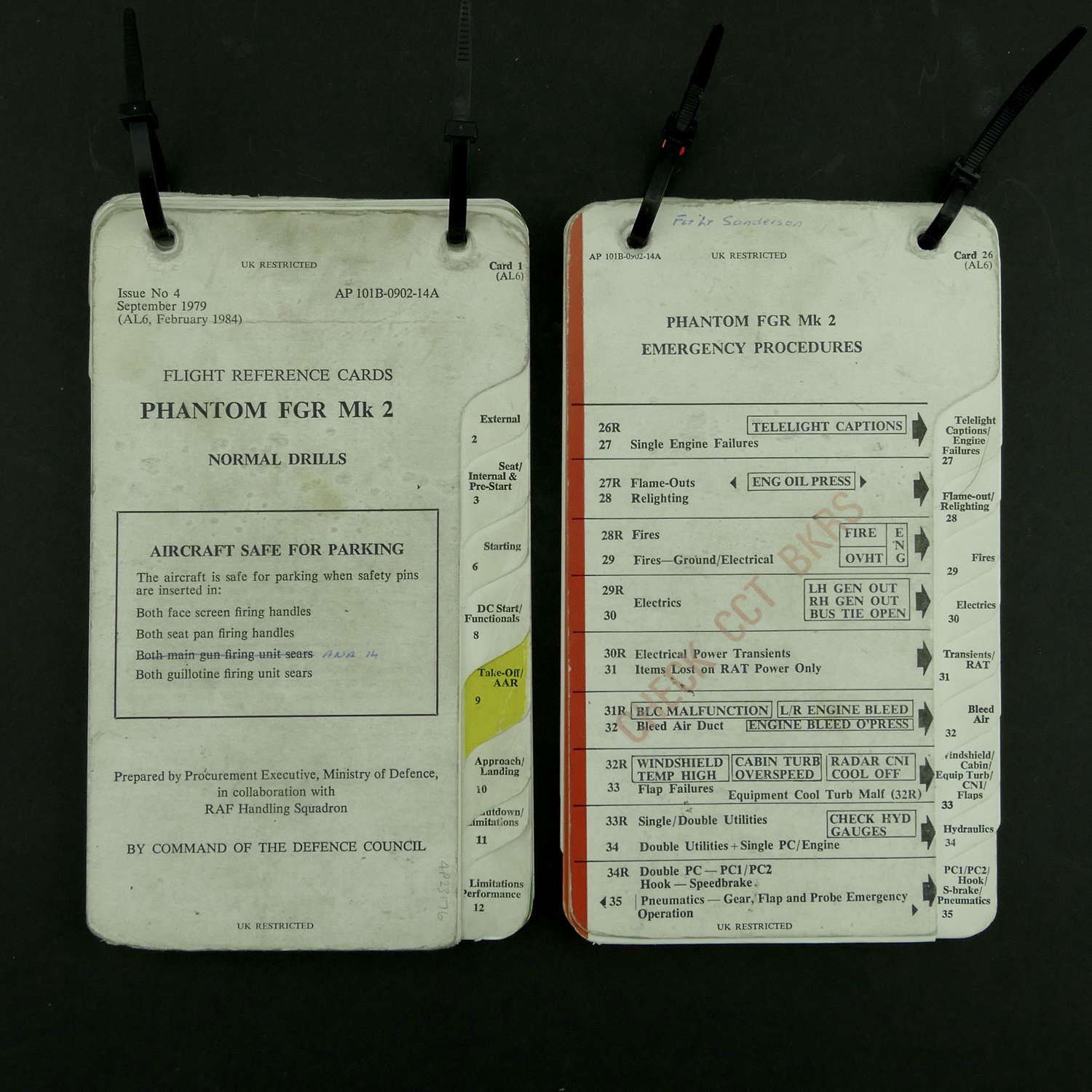 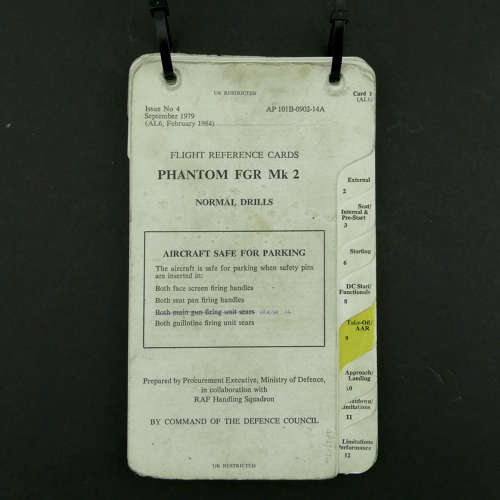 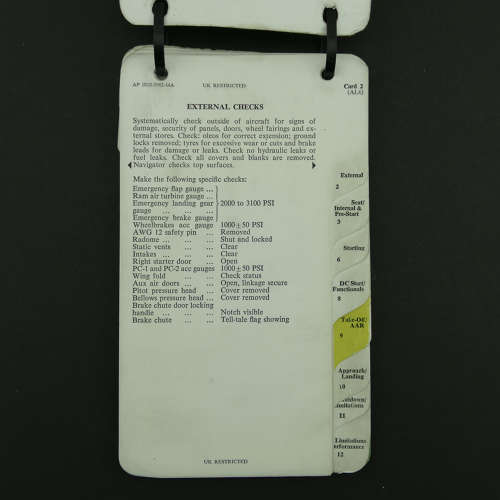 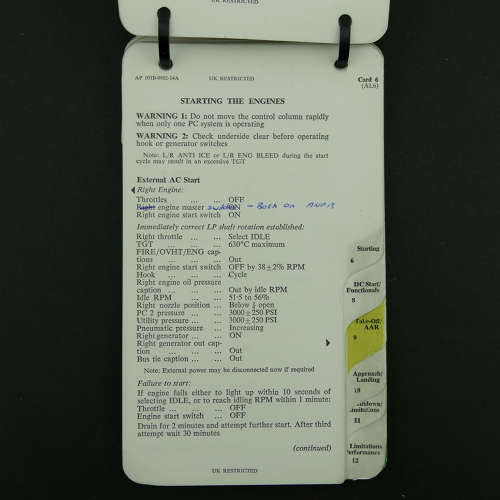 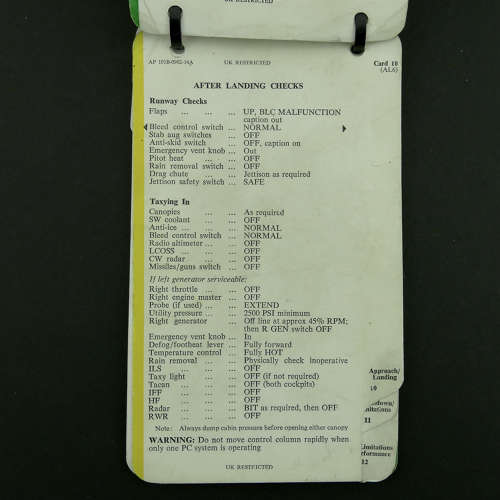 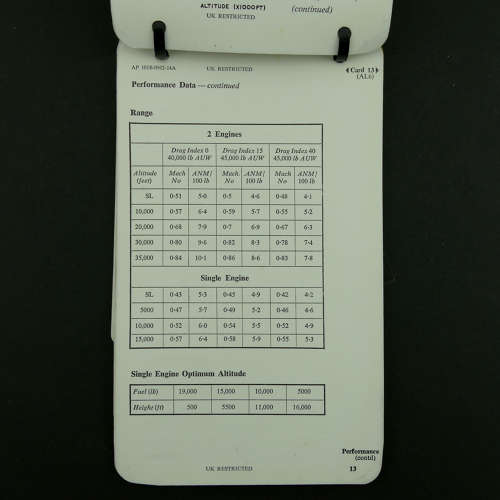 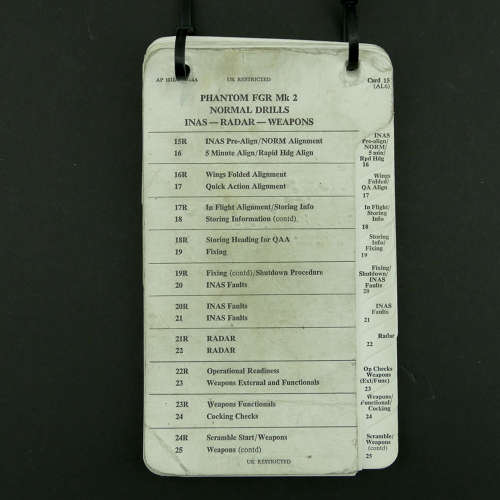 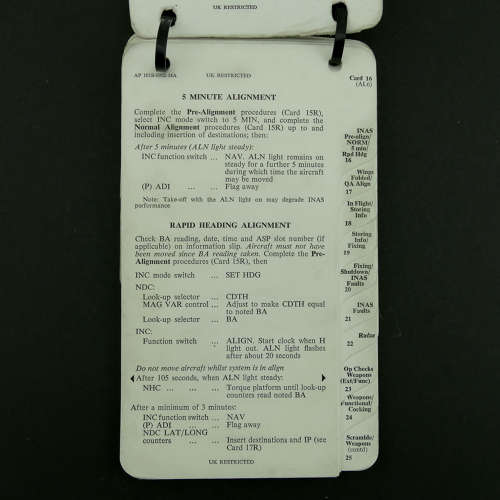 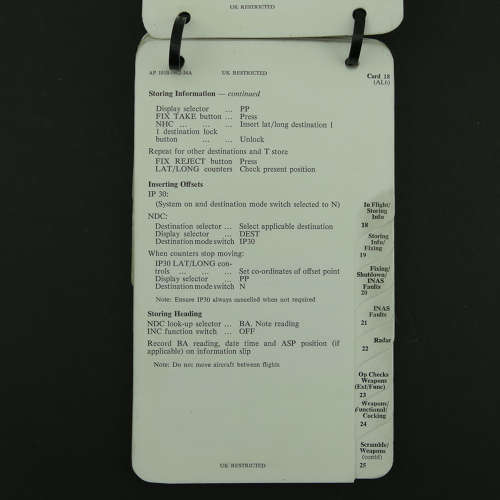 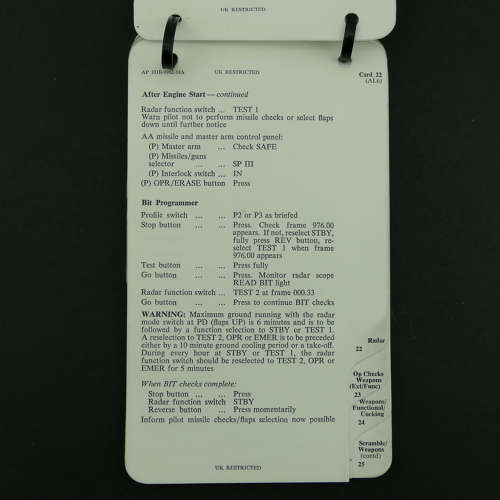 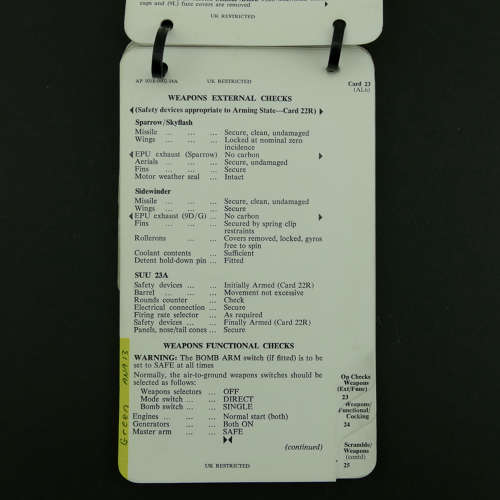 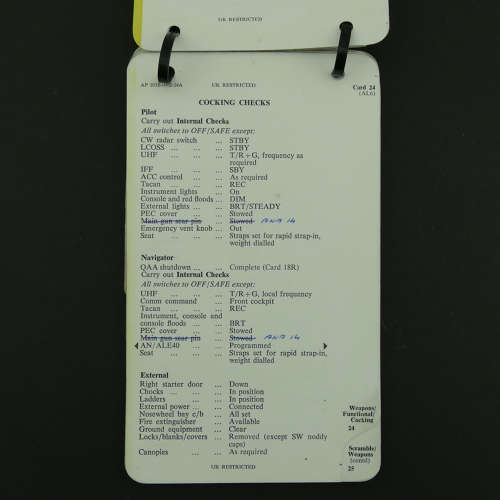 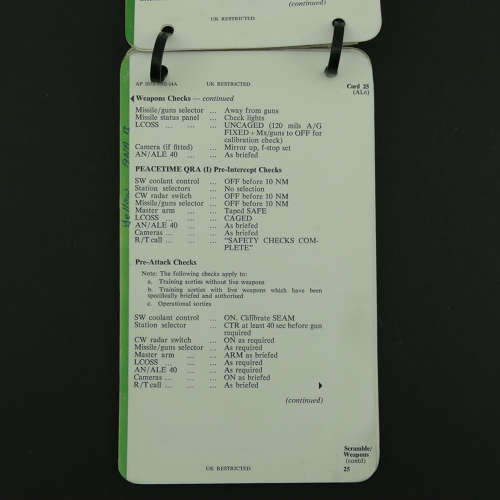 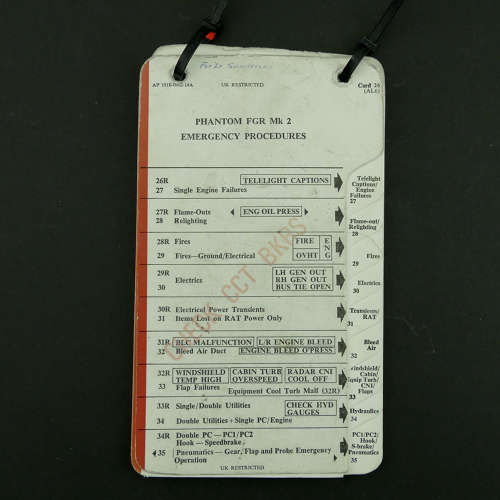 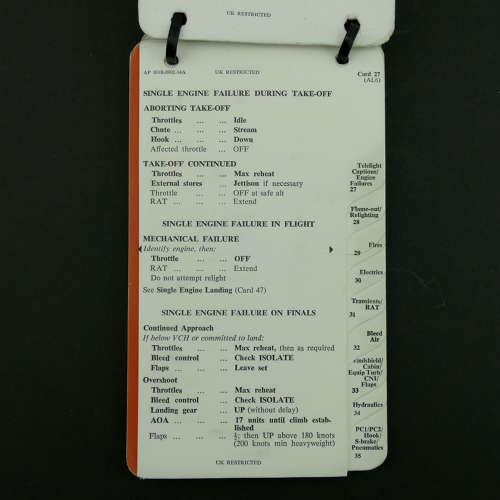 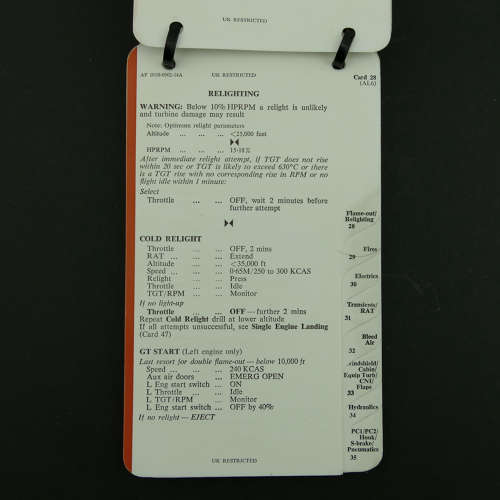 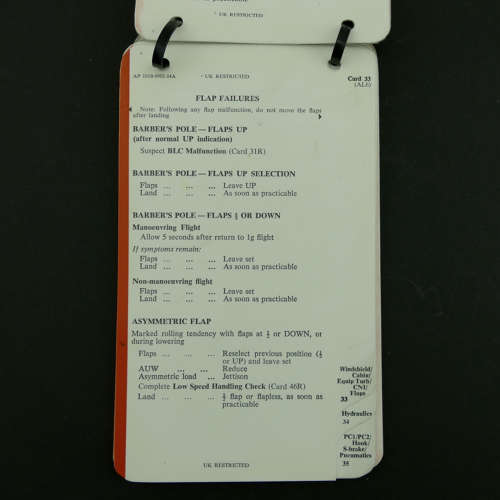 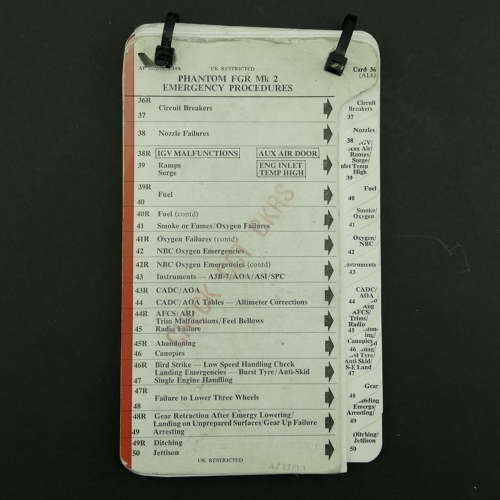 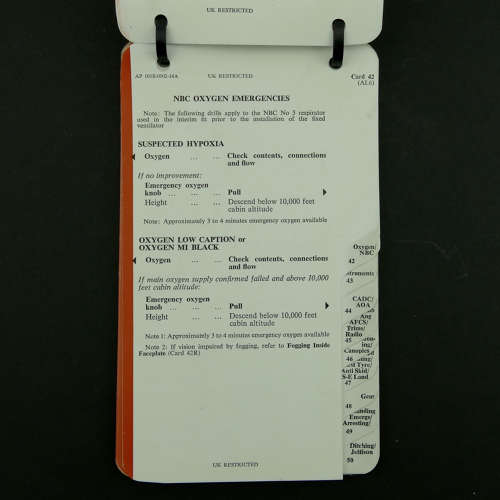 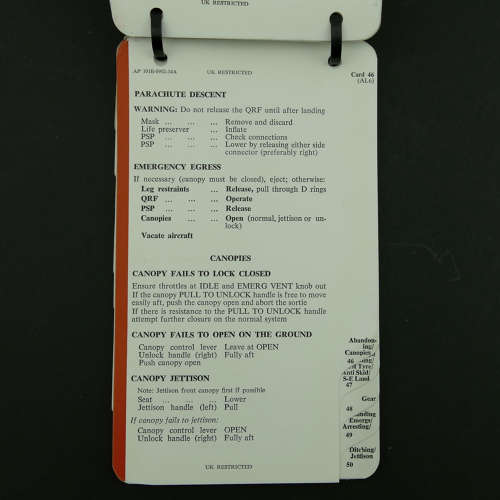 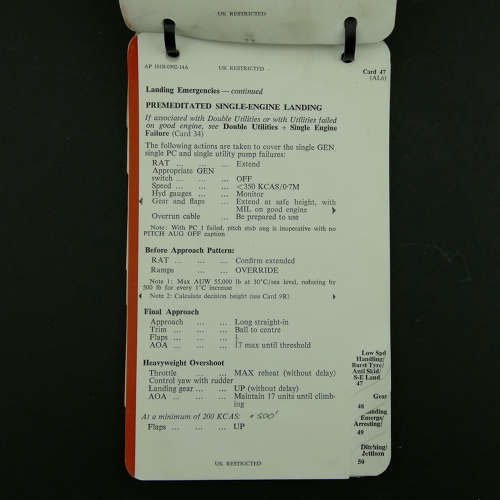 The second section covers emergency procedures including engine failures, flame-outs, electrical malfunctions, flap failures, oxygen failures, abandoning, bird strikes, undercarriage failure, fires, ditching etc. A little dog-eared/worn through use but perfectly legible.  These belonged to a pilot who joined the RAF in 1963 and flew with 111, 11 and 92 squadrons on Lightnings, Phantoms, Tornadoes, Devons and Chipmunks.  He also flew with the Battle of Britain Memorial Flight, piloting both the Spitfire and Hurricane.  Purchased directly from the pilot. His name will be supplied to the buyer.  Stock code P23176.