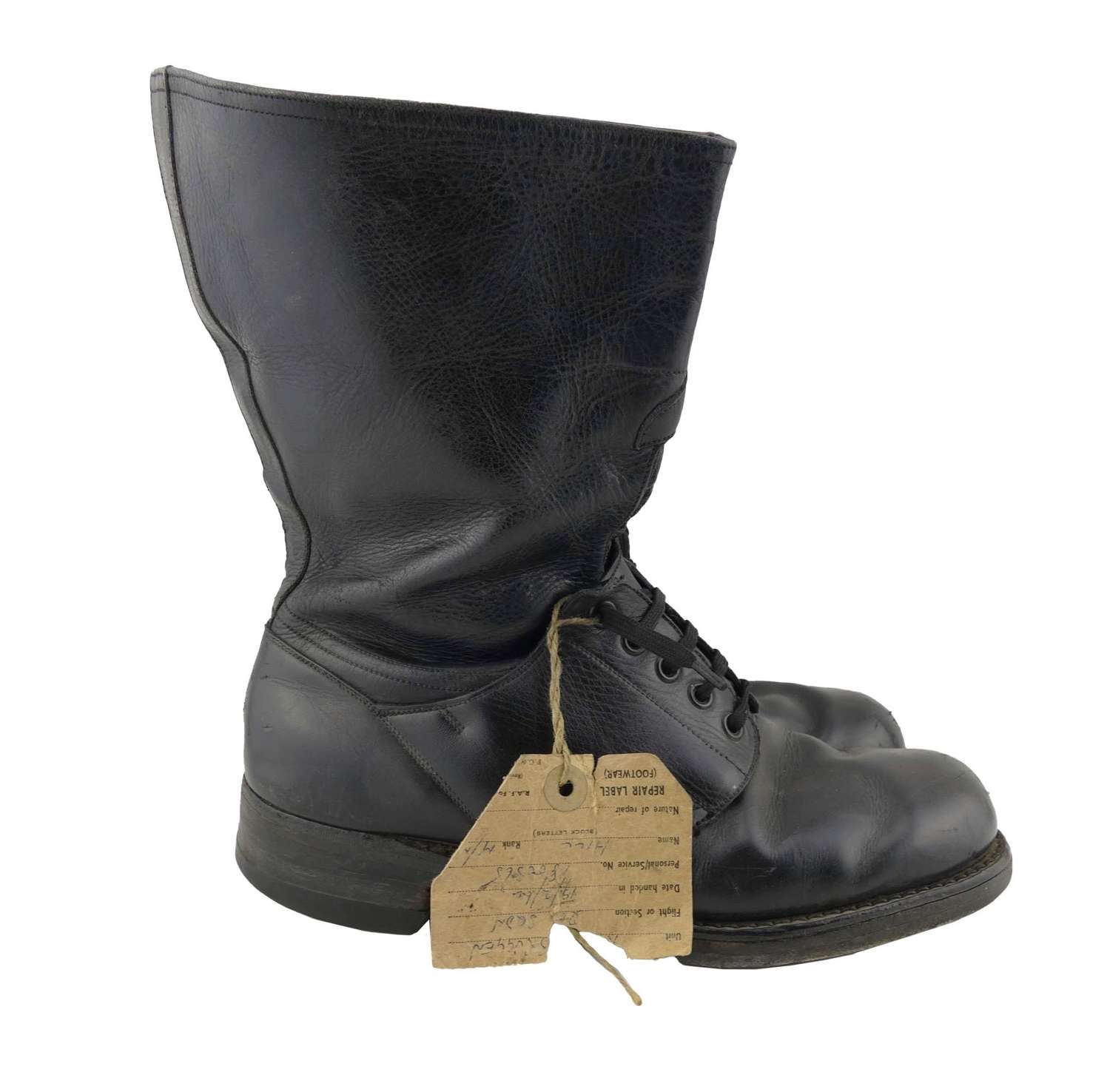 Stores reference 22c/1402.  Size 6M.  Classic early 1950s 'escape' boot based on the earlier 1943 pattern.  It has a fairly standard shoe at the bottom with an unlined polished/chromed leather upper section that could be removed if evading in enemy territory.  Unfortunately, due to the generous proportions of the uppers on these boots, there was a tendency for them to fall off during high-speed ejections!  This is an early pair with leather soles, later ones used rubber.  The leather has some scuffing and wear but is in good used condition.  The soles are quite worn, notably at the toe of the left boot.  One lace needs replacing.  Labelled with stores reference and size marks. There are also remnants of a RAF service/repair label.  This pattern of boot was in service from the 1950s until the mid 1960s.  Good used.  Stock code B26145. 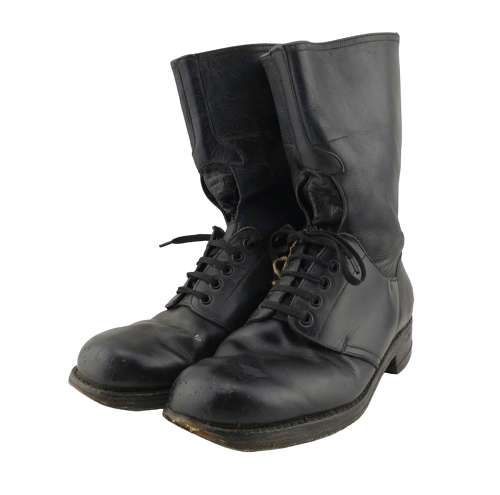 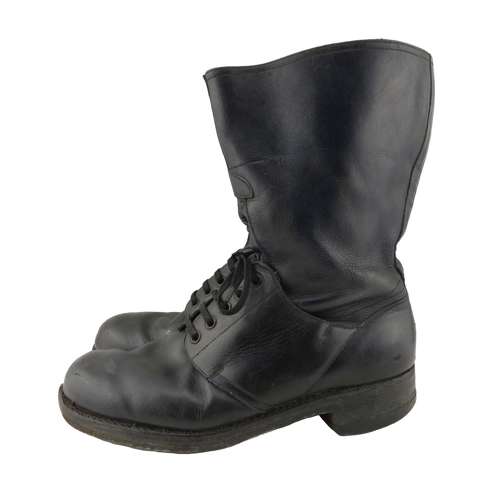 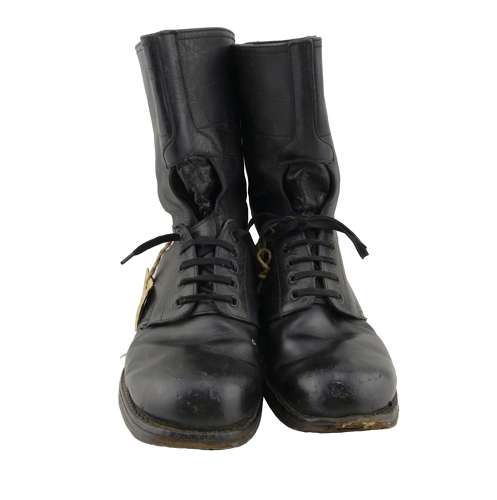 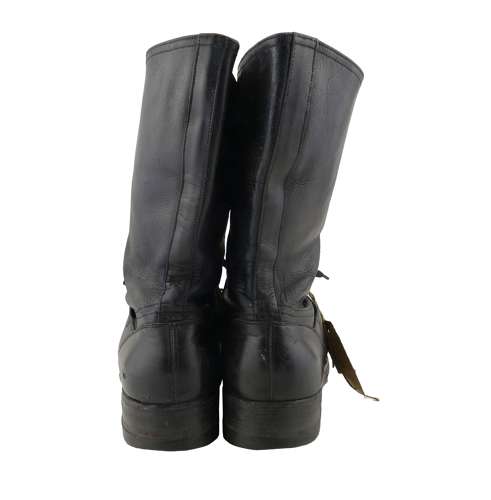 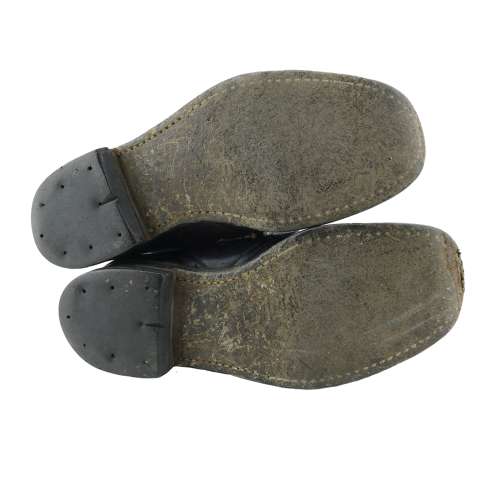 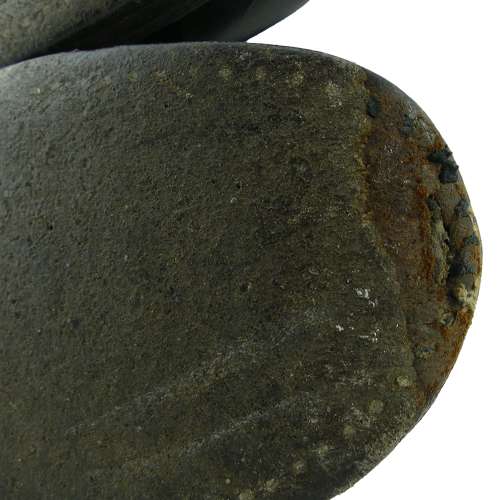 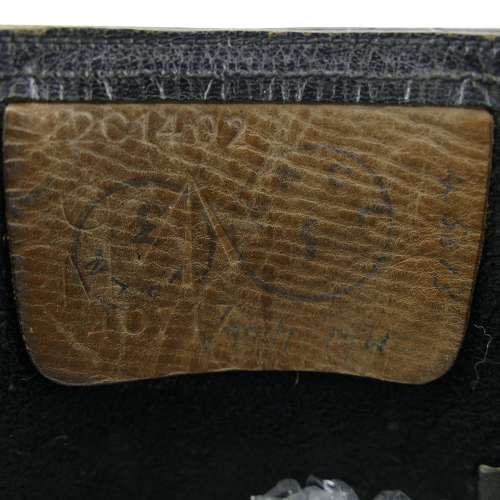 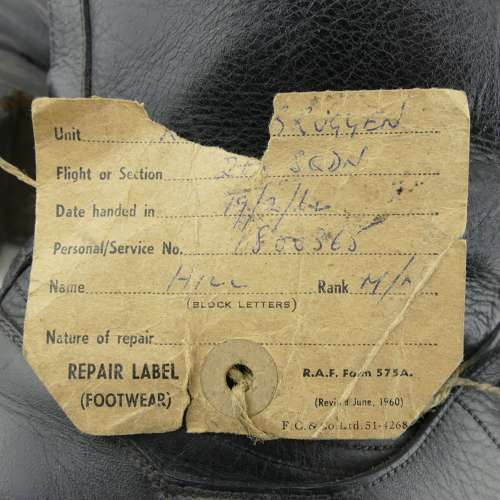