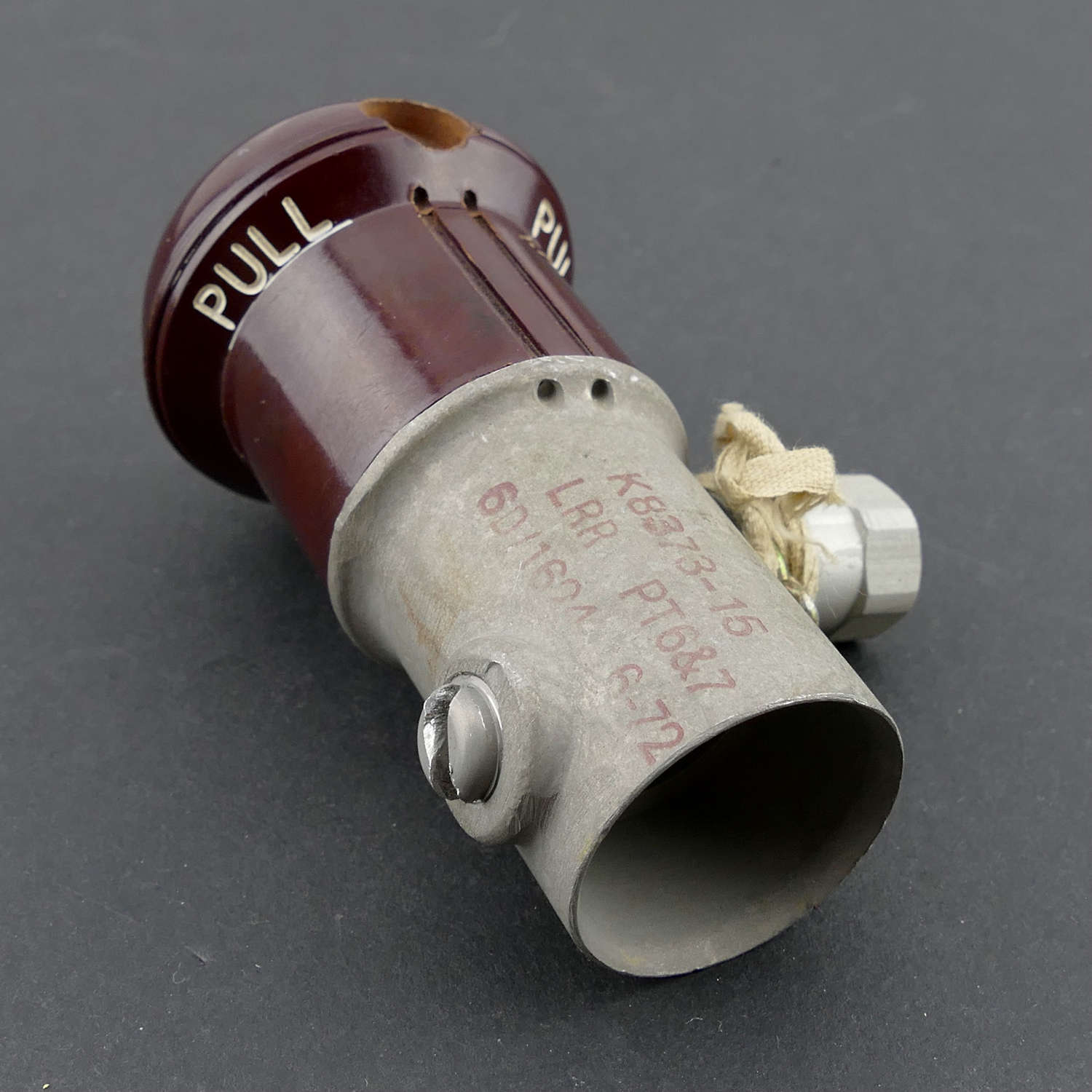 Operating head, Type M, stores reference 6D/1624.  Used with the carbon dioxide cylinder fitted to the Mk.2 & Mk.3 aircrew life jackets. In an emergency the head is manually operated and CO2 from the cylinder inflates a gastight stole in the jacket. It consists of an alloy body in which is fitted a plunger mechanism, and a red plastic cap which is connected to the plunger mechanism by a chain.  When the cap is pulled off, the chain operates a lever which forces a piercing pin through the sealing disc on the CO2 cylinder.  When the cap is in place, the plunger is locked by a safety pin; the pin is pushed out by the plunger when the cap is pulled off.  Dated 6-72.  Stock code NIV-O2. 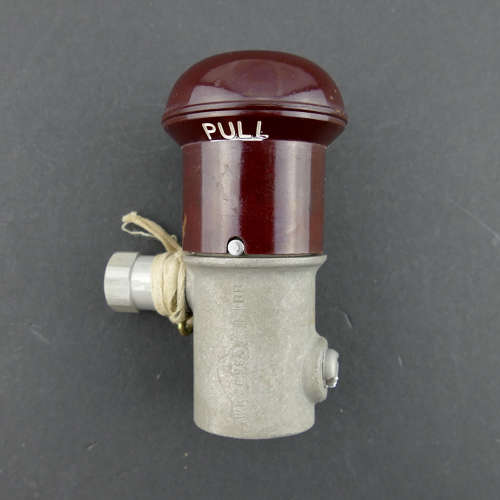 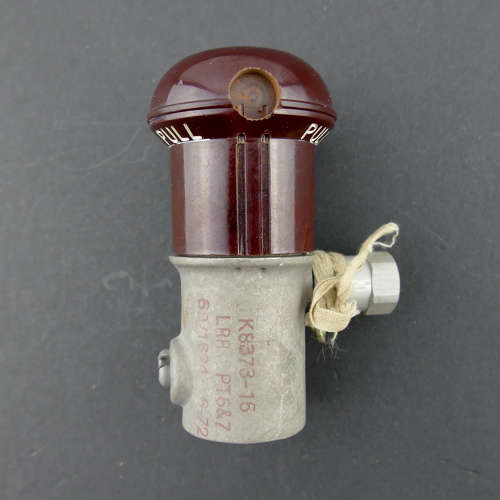 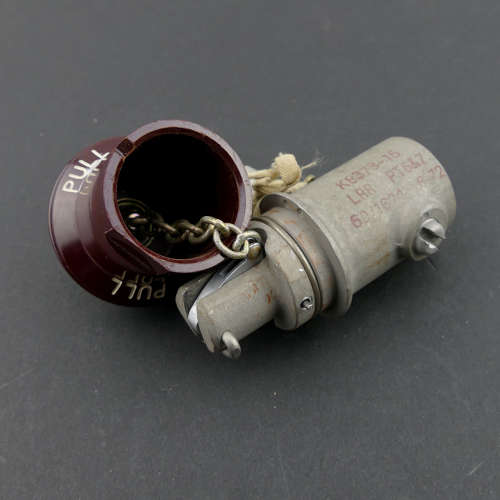 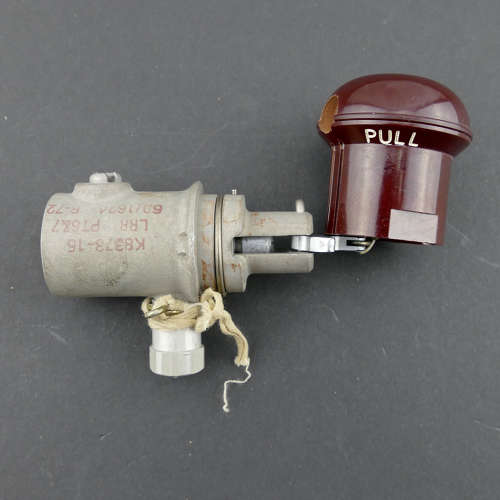 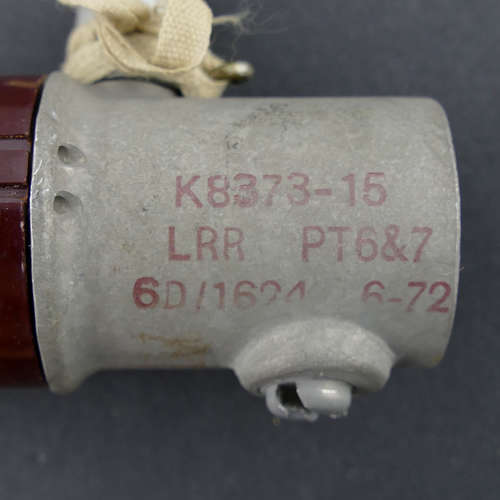