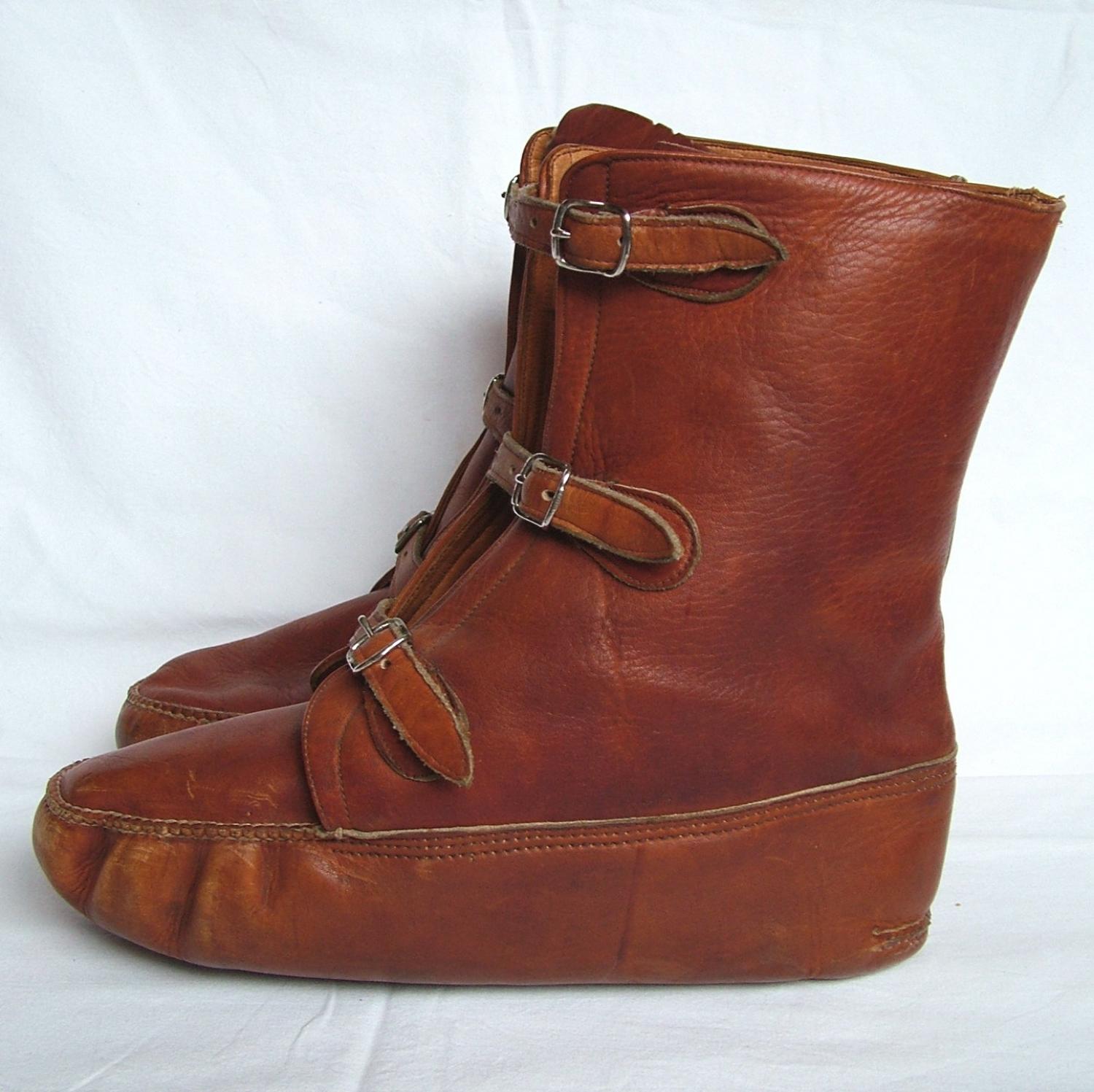 By G. H. Bass & Co. Size 9.  Also known as the 'Army Aviators' Overshoe' these mid tan fleece lined boots have a smooth seamless sole that extends up around the foot. They are roughly mid-calf length and feature three buckled strap fasteners. The origins of these boots goes back to WW1 when the Aviation Clothing Board procured boots for the Air Service. Initially adopted as 'limited standard' in 1924, the A-1 wasn't declared obsolete until as late as 1944.

This style of boot proved efficient and comfortable, often worn over standard service shoes. George Henry Bass and Co. of Wilton, Maine, USA began making shoes in the 1870s, the first moccasin being created in 1906. During the First World War, the Bass Aviation Boot was made the official aviation boot for the U.S. Army. These boots are in excellent lightly used condition. Stock code B17520. 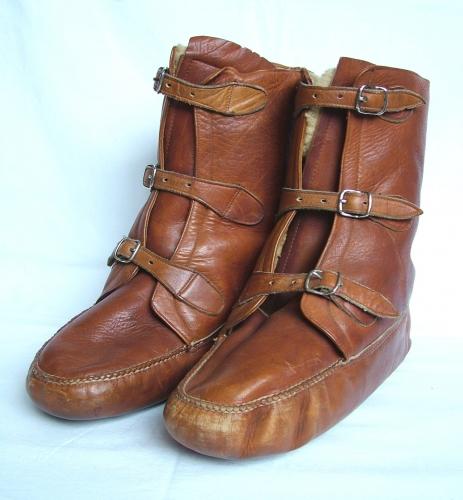 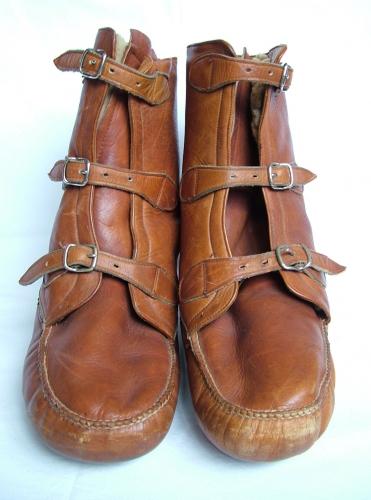 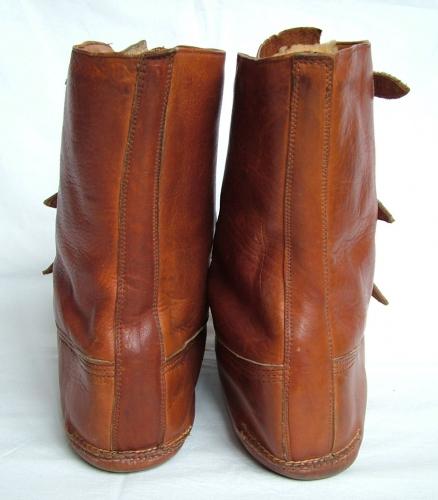 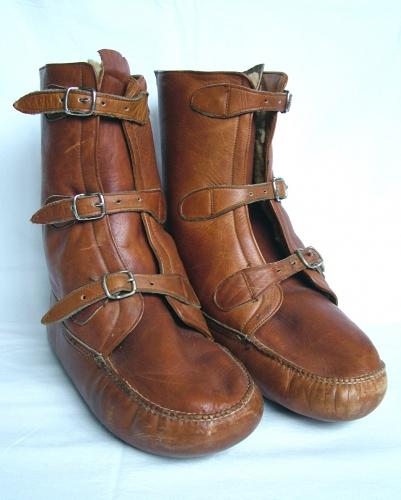 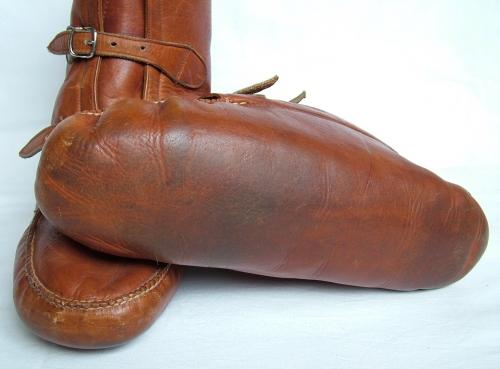 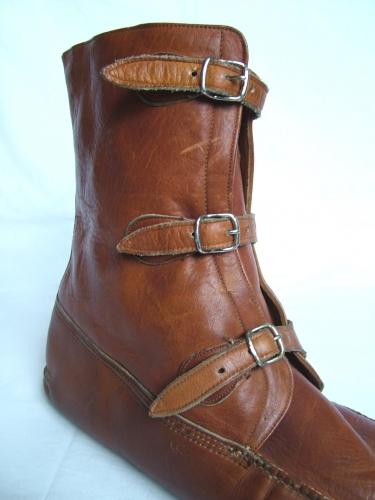 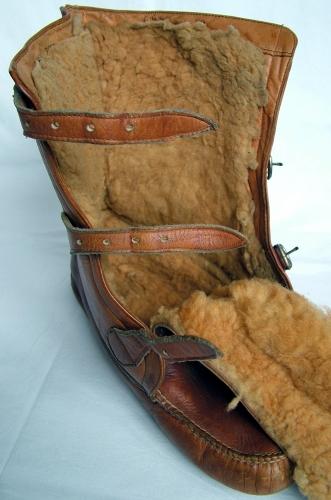 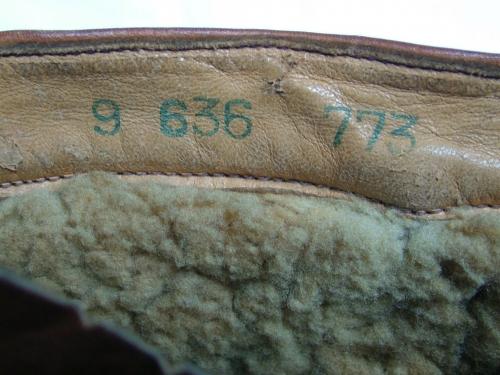 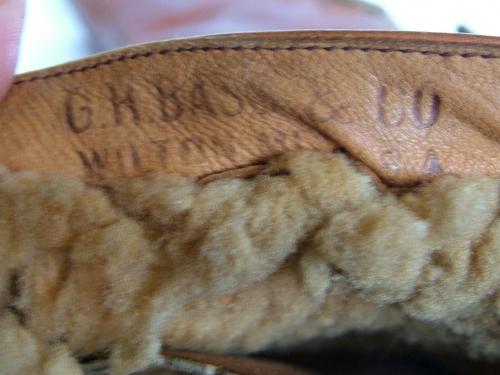 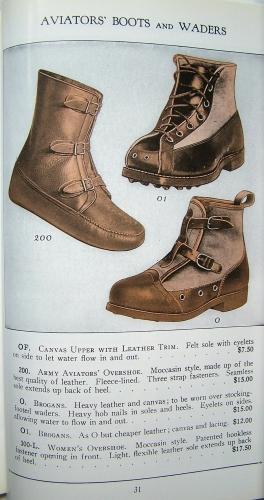