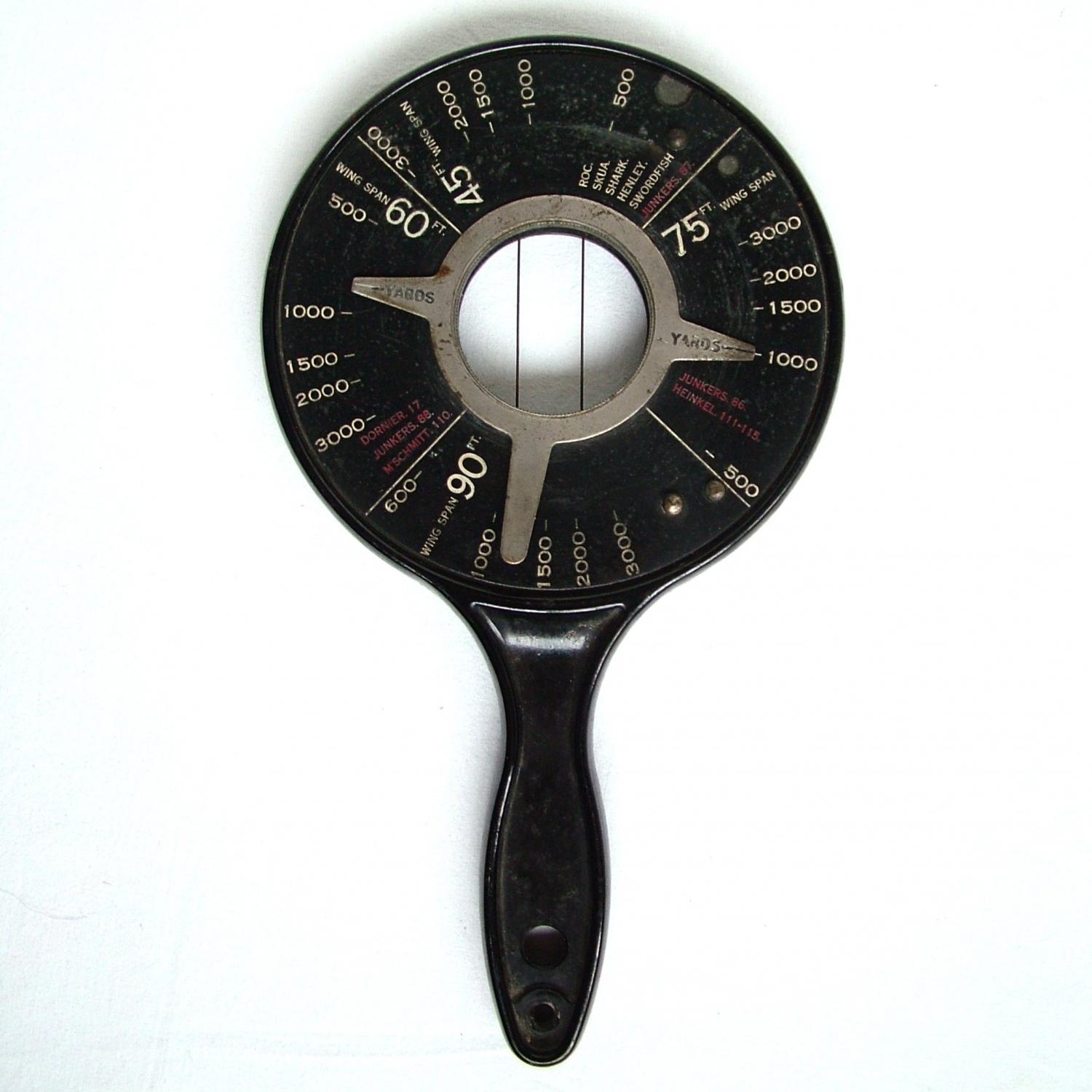 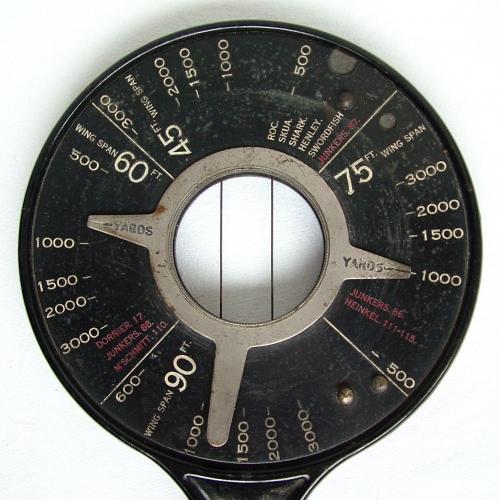 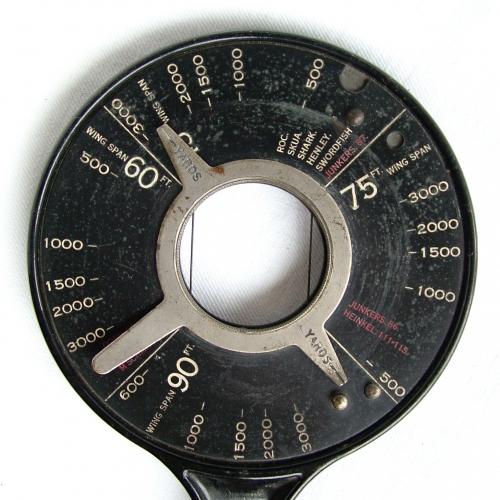 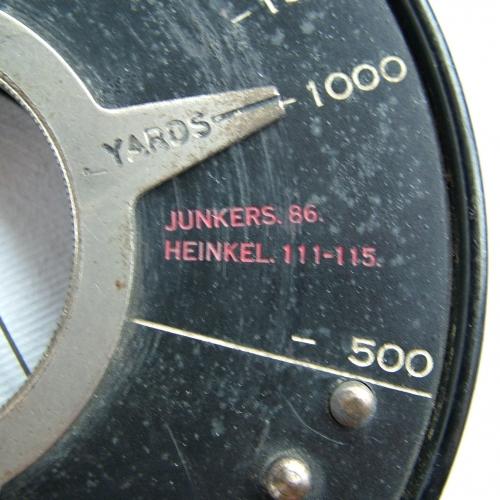 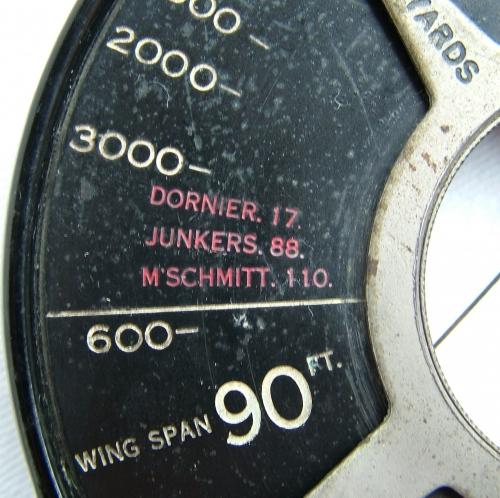 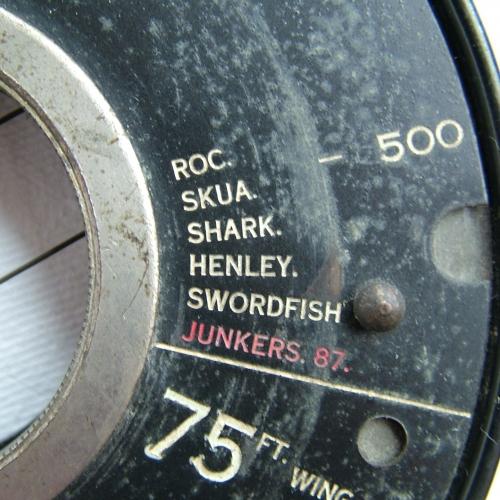 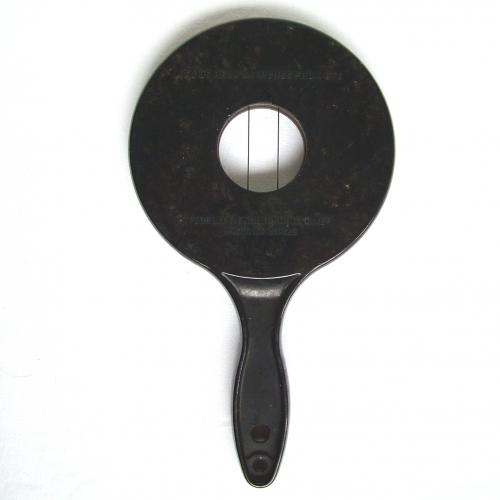 Manufactured by Fidelity Engineering Co. Ltd.  This is a handheld instrument made of black plastic or bakelite.  Approximately 24 cm from top to bottom.  Above the handle is a disc approximately 14cm diameter.  This is marked with the names and wingspans of various allied and axis aircraft including the Dornier 17, Junkers 88, Messerschmitt 110, Junkers 86, Heinkel 111 & 115, Junkers 87, ROC, Skua, Shark, Henley and Swordfish.  At the centre of the instrument is a 4cm hole with two parallel wires that can be moved closer together or further apart via a rotating  disc.  When held 24" from the eye the user could match the wires to the wingspan of an approaching aircraft and then knowing the approximate distance, could potentially identify the aircraft.  Given the British aircraft mentioned this would appear to be for Naval or FAA ant-aircraft/gunnery use.  We've had other variants of these in the past.  The rangefinder is a bit grubby but has no damage and is in good working order.  Well made and pleasing to use.  Stock code M17594.