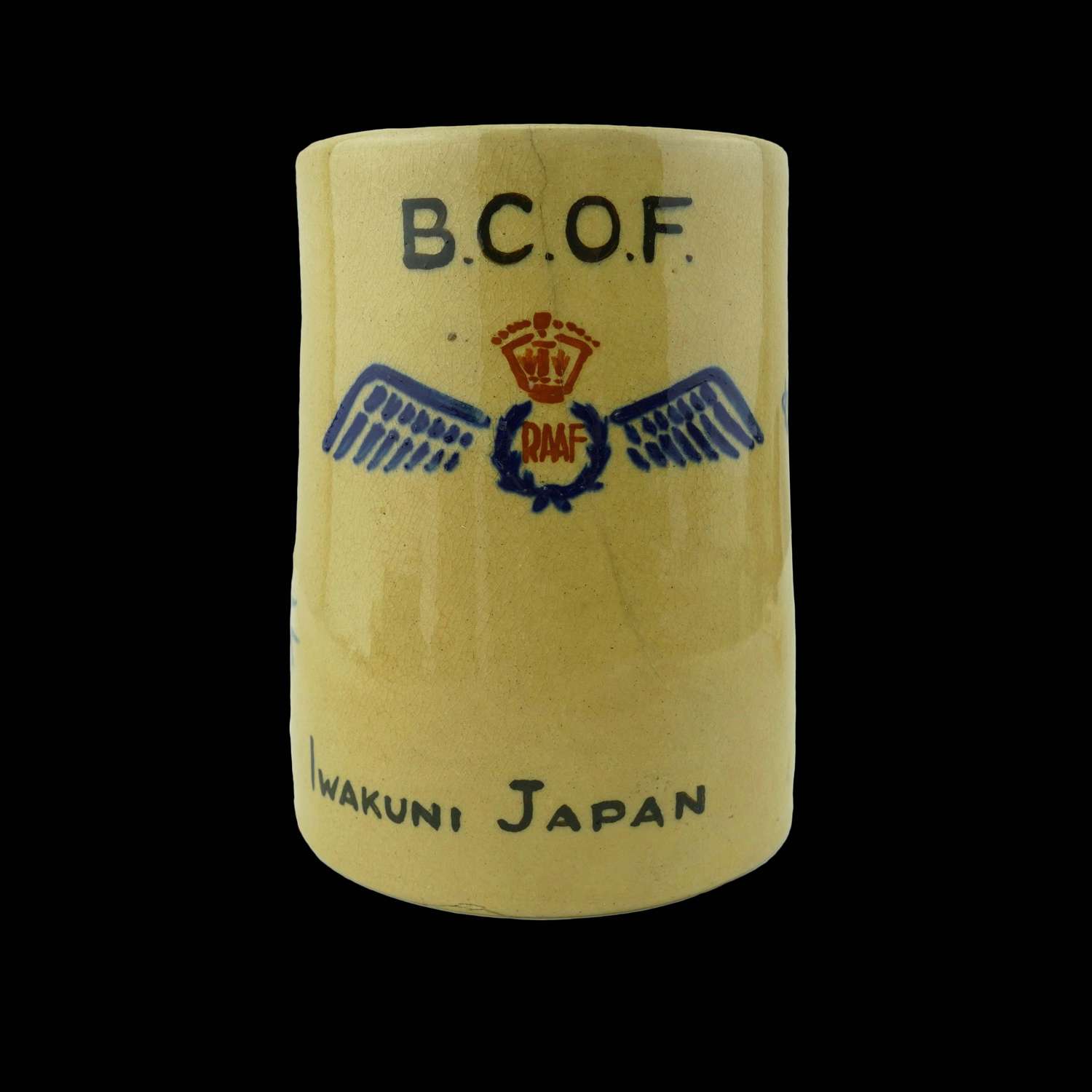 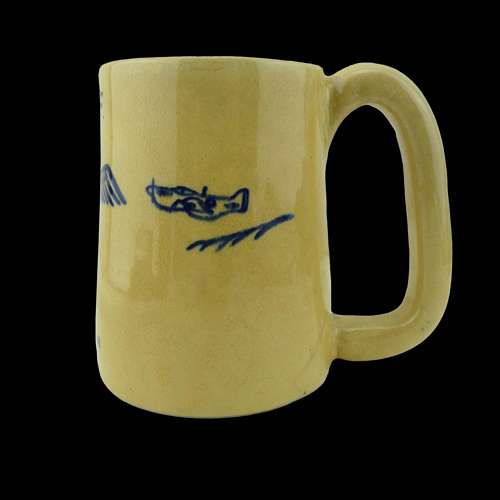 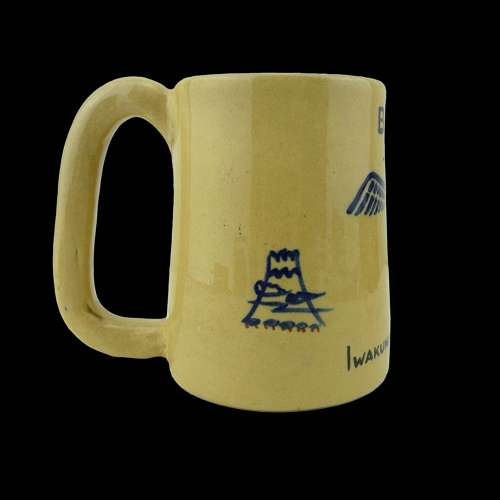 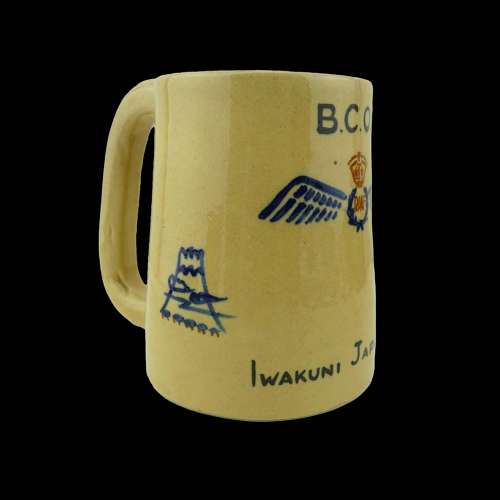 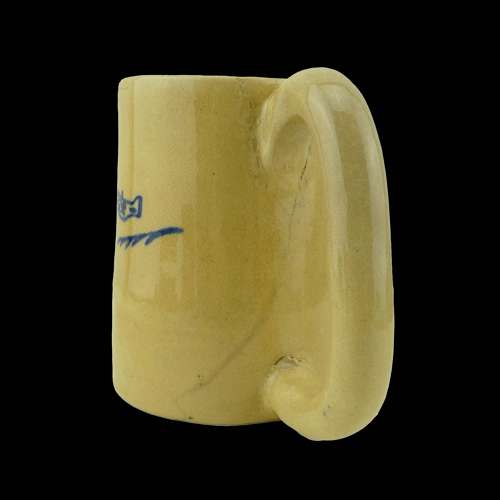 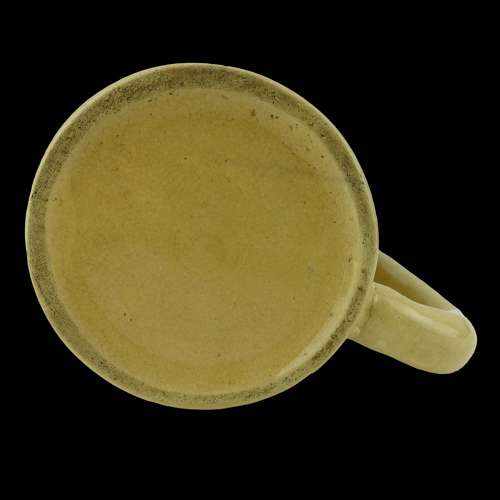 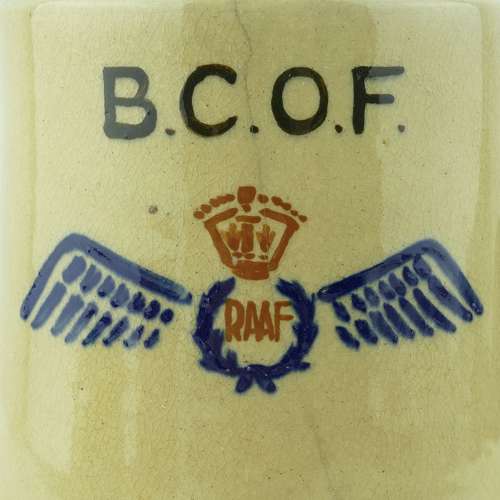 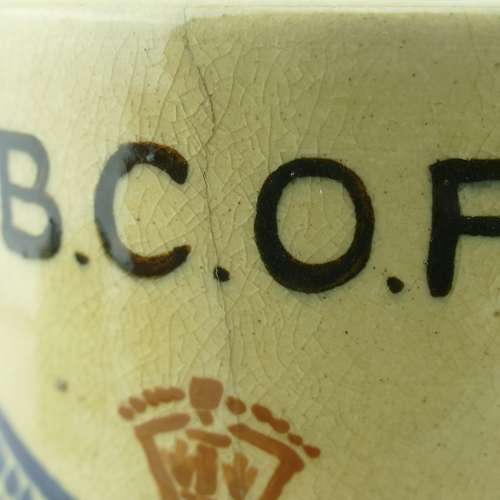 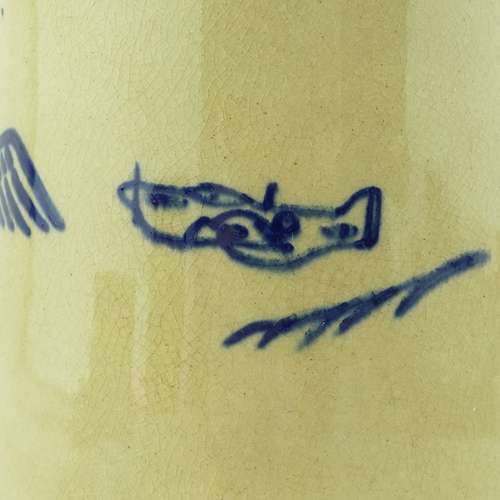 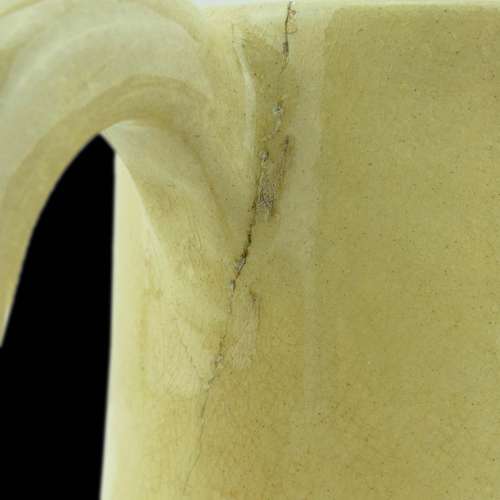 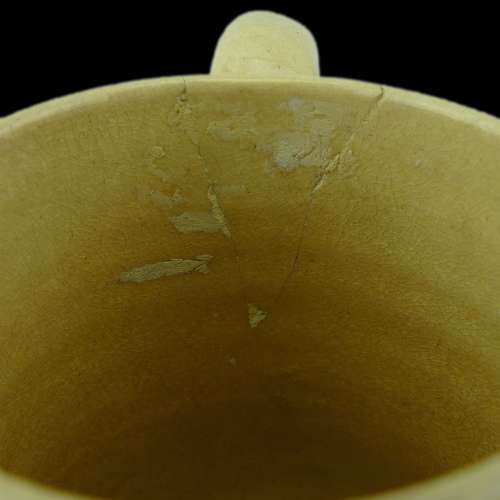 Scarce ceramic mug marked 'B.C.O.F., IWAKUNI JAPAN' and with a large King's crown Royal Australian Air Force pilot wing, fighter aircraft and mountain.  The mug is approximately 11cm tall.  The glaze is crackled and the handle has been broken and repaired at some stage.  Iwakuni was commissioned as a Japanese Naval Air Station on July 8, 1940 and served as a training base and local defence station operating 150 Zero fighter aircraft. In February 1946, after the Japanese surrender, responsibility for the demilitarisation of the Iwakuni area passed to the British Commonwealth Occupation Force (BCOF).  The BCOF, which came under operational control of the 5th USAAF, was an Australian led joint British, Indian and New Zealand Force.  Iwakuni airbase was chosen to house their Headquarters.  This mug is a rare survivor from this base.  Stock code C26337.