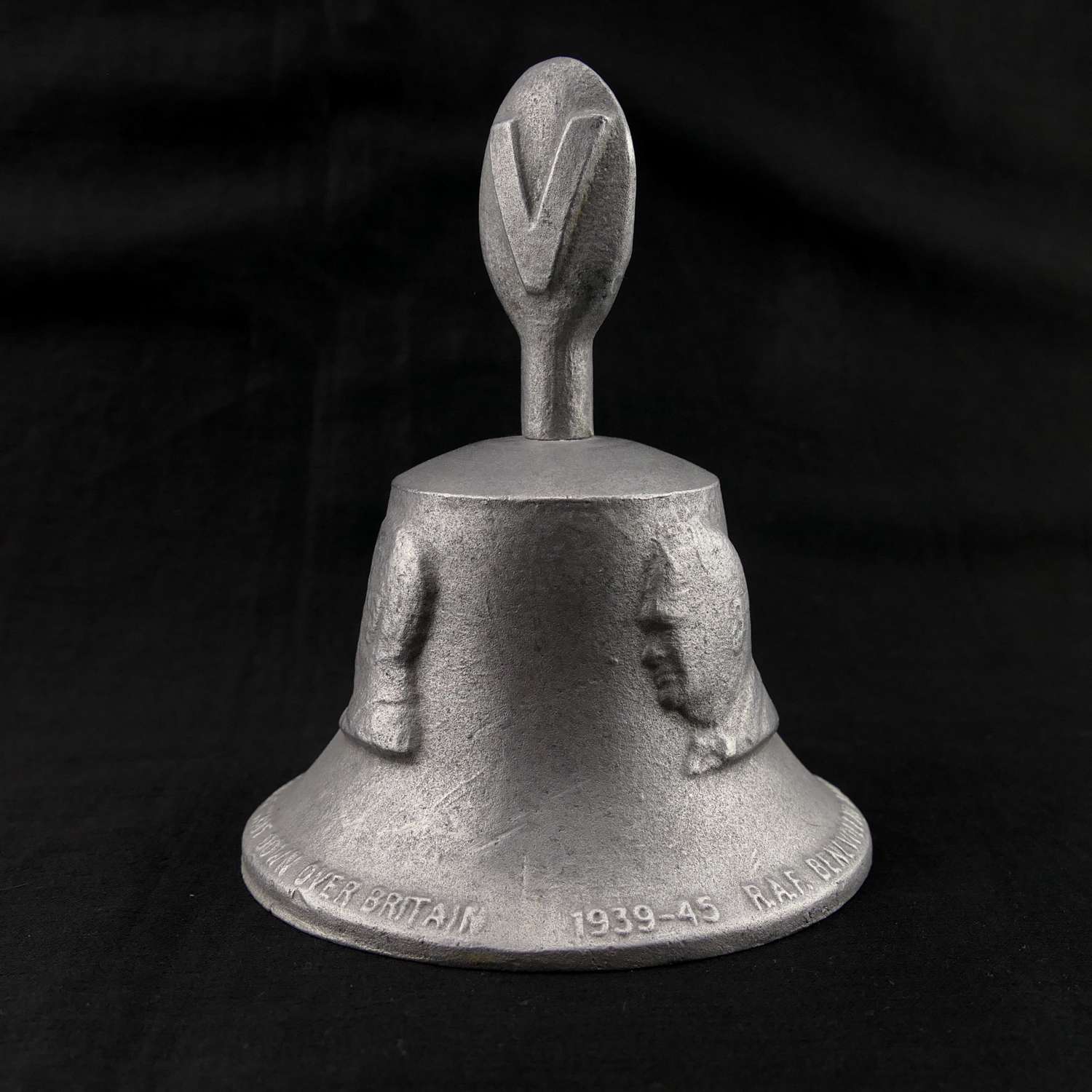 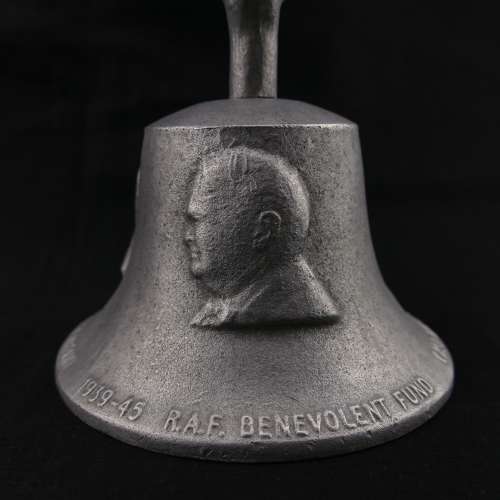 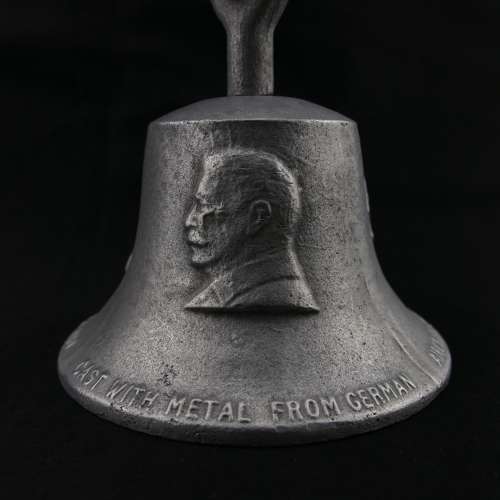 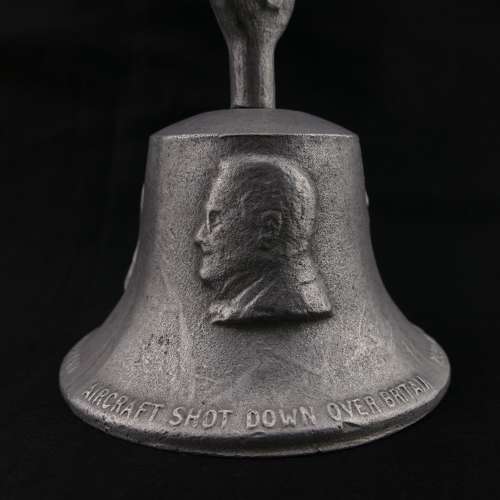 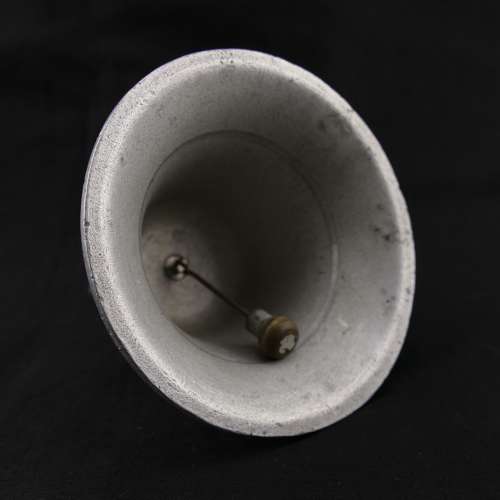 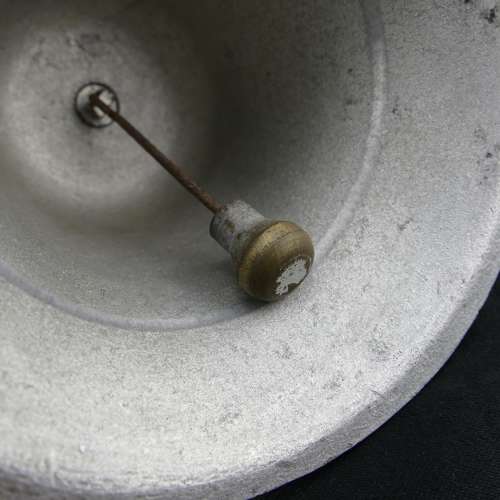 Alloy bell, approximately 14cm tall x 11.5cm diameter.  These were designed by an American engineering consultant, Conrad A Parlanti, cast using metal  from German Luftwaffe aircraft shot down over Britain between 1939 and 1945 and sold to raise funds for the Royal Air Force Benevolent fund.  The handle has a moulded 'V' for Victory on both sides and the casting also shows the heads of wartime leaders Churchill, Roosevelt and Stalin. Some of the first bells manufactured were auctioned by Chesney Allen of 'Flanagan and Allen' (Underneath the Arches etc) fame during the first Battle of Britain anniversary dinners at the Hungaria restaurant shortly after VE Day. Apparantly as much as £1200 was paid for a bell at this dinner. Thankfully this excellent example is substantially cheaper!  Stock code M24056.