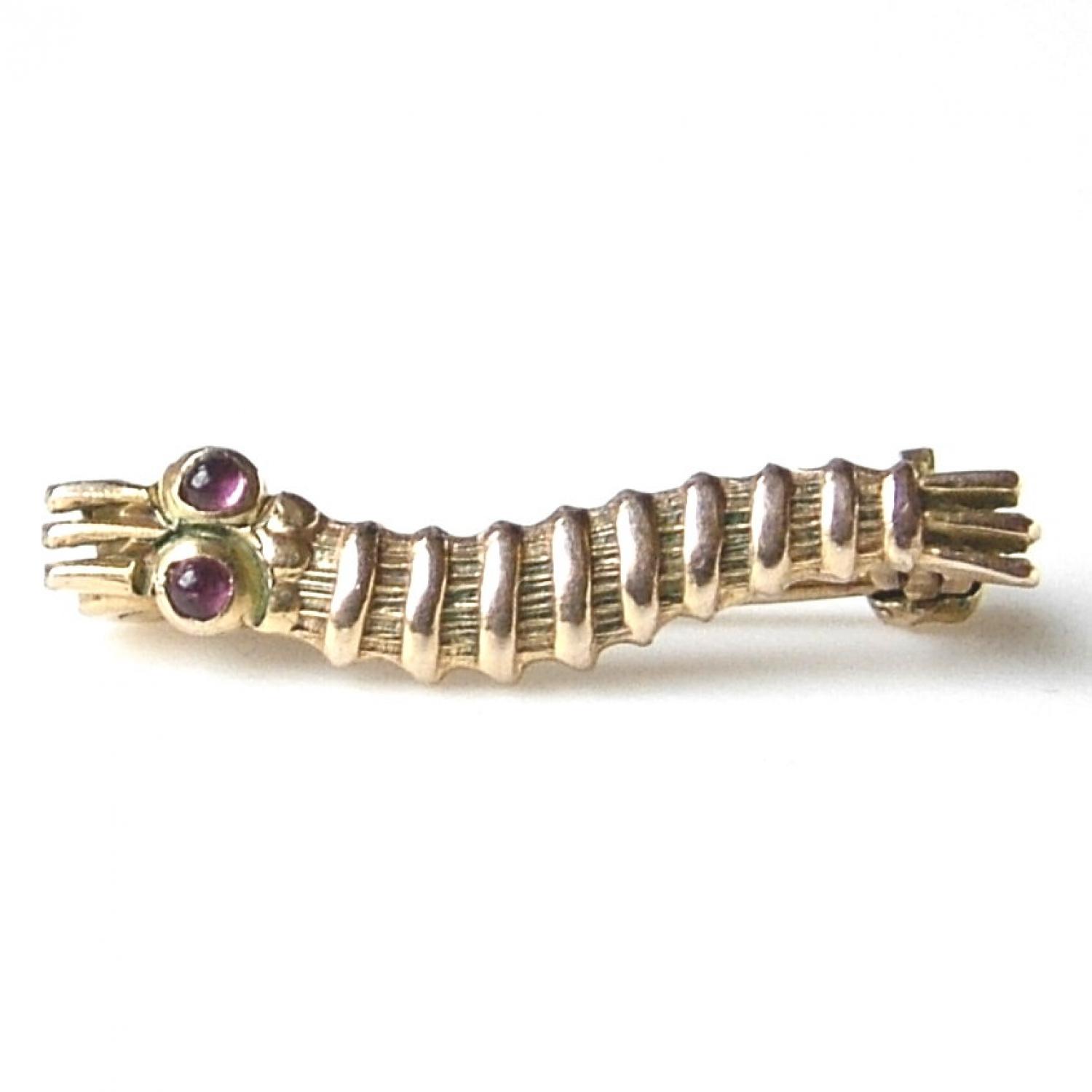 Awarded/named to 'Sgt. F Holledge' (service number 131586).  Francis Reginald Holledge was born to Reginald Arthur and Beatrice Maude Holledge in Hampstead in 1892.  After joining the RAFVR he flew as an airgunner with 76 squadron, based at Holme on Spalding Moor in the East Riding of Yorkshire.  On the night of 21st January 1944 he was part of the crew of a Handley Page Halifax V LK630 MP-D on Ops over Magdenburg, Germany.  The aircraft took off at 20.05 but shortly after take-off began to vibrate alarmingly, probably as a result of heavy icing on the wings.  The pilot, Flight Sergeant Firth, losing control gave the order to bale-out.  The Halifax crashed at 20.25, about half a mile North of Hotham near Beverley.  Firth was killed but the remainder of the crew, including Holledge parachuted to safety and entered the ranks of the now famed Caterpillar Club. He then joined 635 (Pathfinder) Squadron based at Downham Market.  At 21.42 on the night of 12th August 1944 Lancaster III ND694 F2-R took off on Ops to Russelsheim in Germany.  The aircraft was intercepted and shot down by a Me110 flown by Oblt. Heinz Wolfgang Schnaufer of VI./NJG1, crashing near Werbomont (Liege) killing the entire crew.

The 9 carat gold caterpillar badge is just 2cm in length, has ruby/amethyst gemstone eyes is in excellent condition and engraved to the rear 'Sgt. F HOLLEDGE'. Comes with some basic research on Holledge including copies (poor/hard to read) of the 76 Sqdrn ORB for the date of the 'bale-out', a photocopy photo of his grave and information on his 635 Sqdn. crew.   Caterpillar badges are increasingly rare to find.   Stock code M21061. 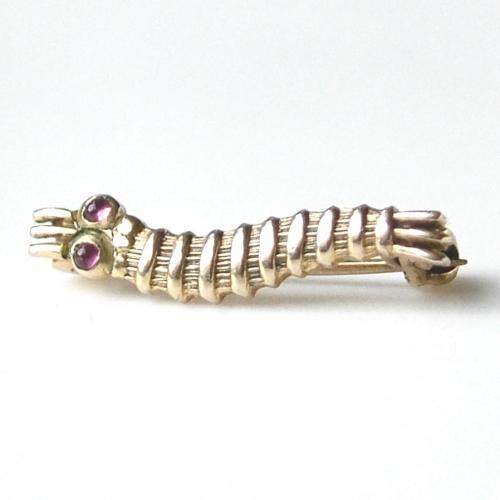 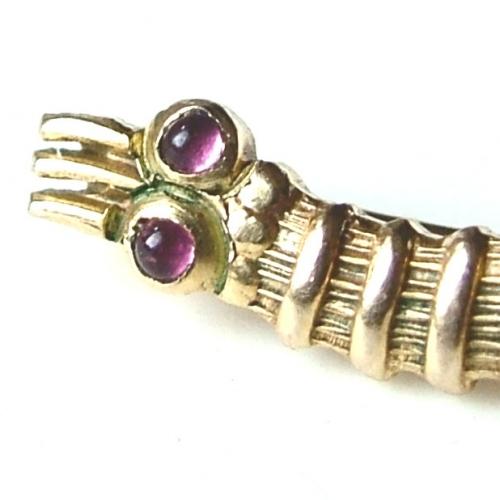 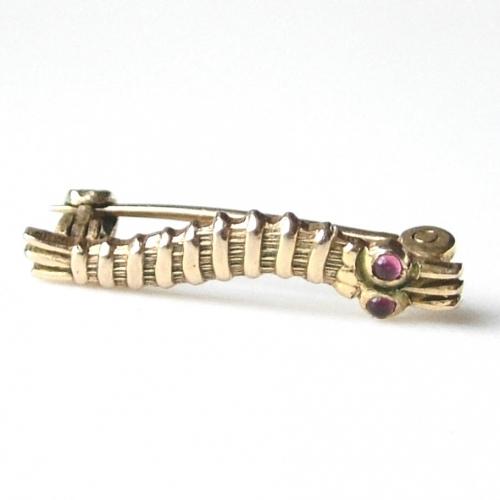 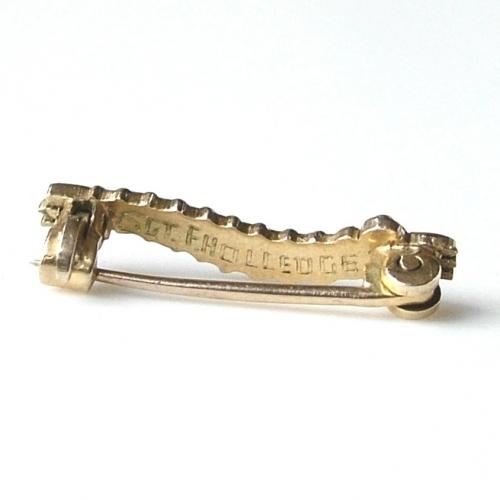 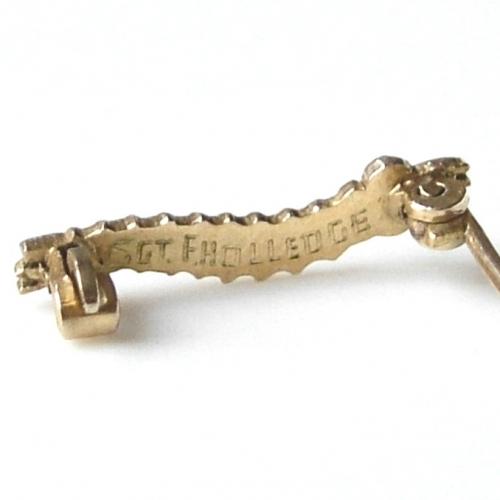 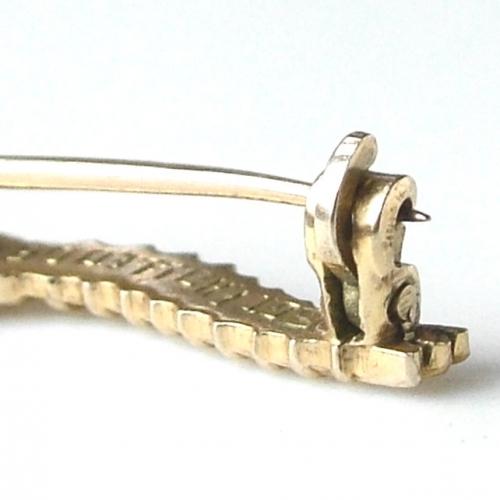 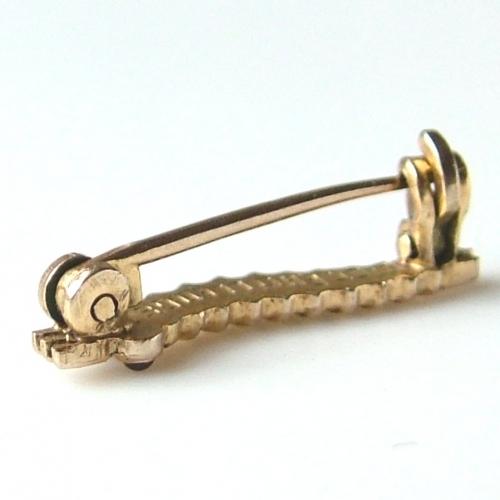