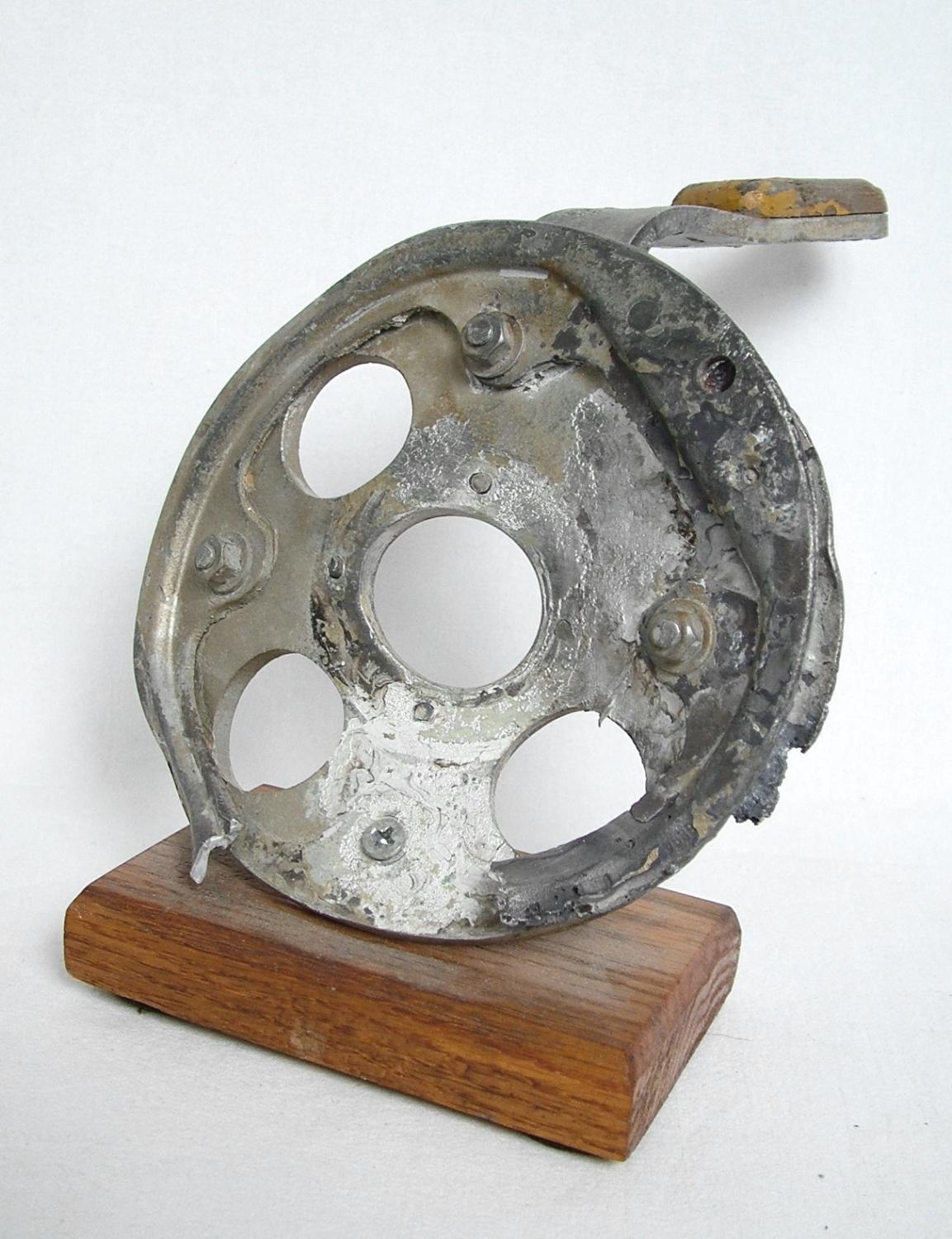 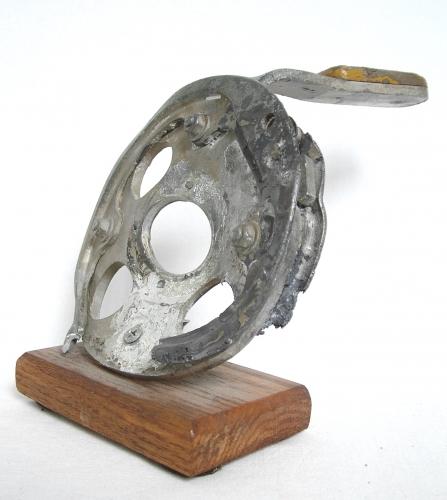 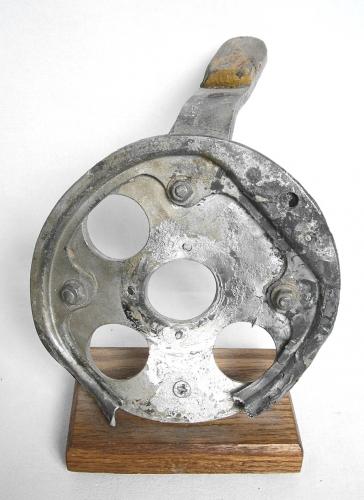 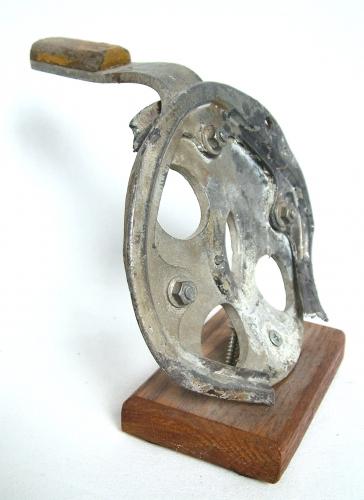 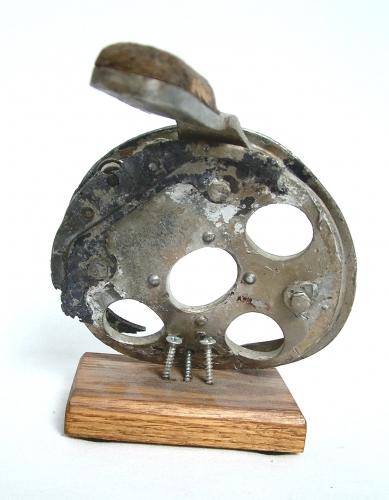 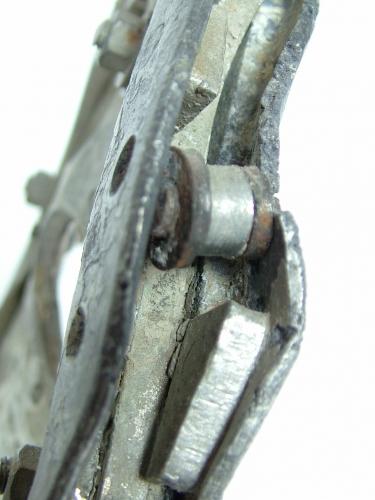 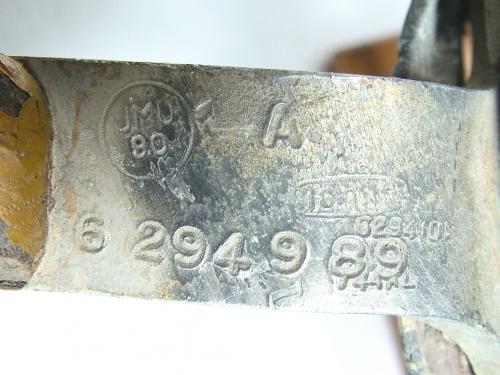 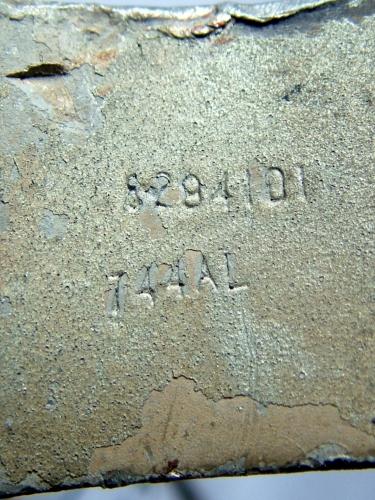 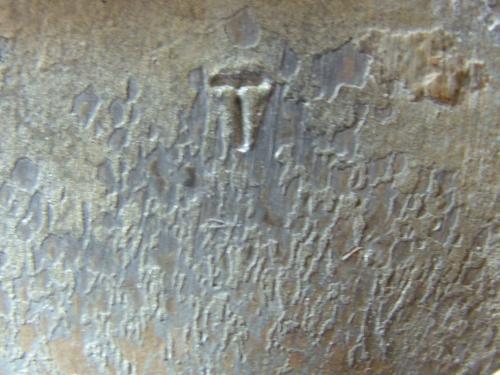 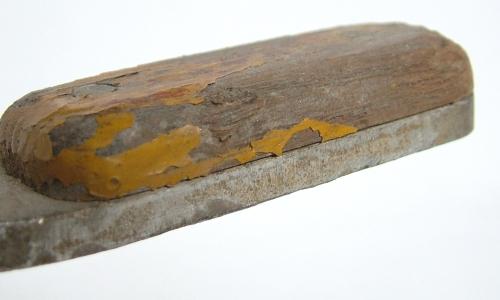 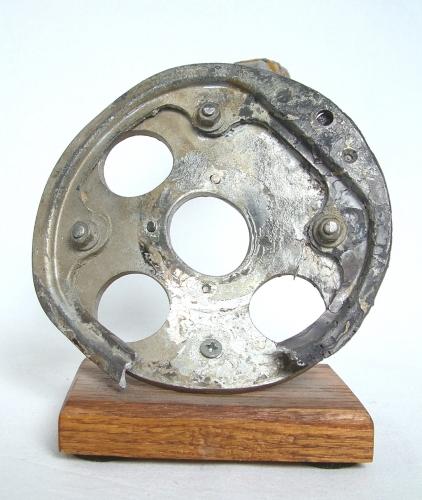 Part of a quadrant of levers used to select individual fuel tanks on the RAF Short Stirling, LK 127 that flew with 620 Squadron.  The aircraft took off from RAF Fairford on 20th September 1944 on operations over Holland.  It crashed at approximately 1800hrs disappearing for the most part in a marshy meadow alongside Polderstraat at Heteren, 5 miles south west of Arnhem.  It is thought to have been hit by flak.  All of the crew were reported missing.  The pilot Flying Officer A.R. Scanlon RAAF (403535), wireless operator/air gunner Warrant Officer Edward Joseph McGilvray RAAF (412632) and air gunner Sgt. John William Marshall RAFVR (1391243) are buried in the Heteren Cemetary.  Flight Sgt.Raymond Joseph Lamont RCAF (J/90746) has no known grave and is commemorated on the Runneymede memorial.  FO Dance and  Flt. Sgt. Murray have no recorded burial place.

This component is part of the a quadrant of levers found in the Flight Engineer's position of the aircraft. The alloy disc is approximately 13cm in diameter and has an alloy lever with riveted wooden handle.  There are various stamped markings, some of which are photographed.  The handle retains traces of the original yellow paint.  Relic condition.  Crudely mounted to a stained oak plinth.  Large parts of the aircraft, including 3 engines were recovered in March 1991.  Additional information supplied by Alan Hulme.  Stock code M19856.