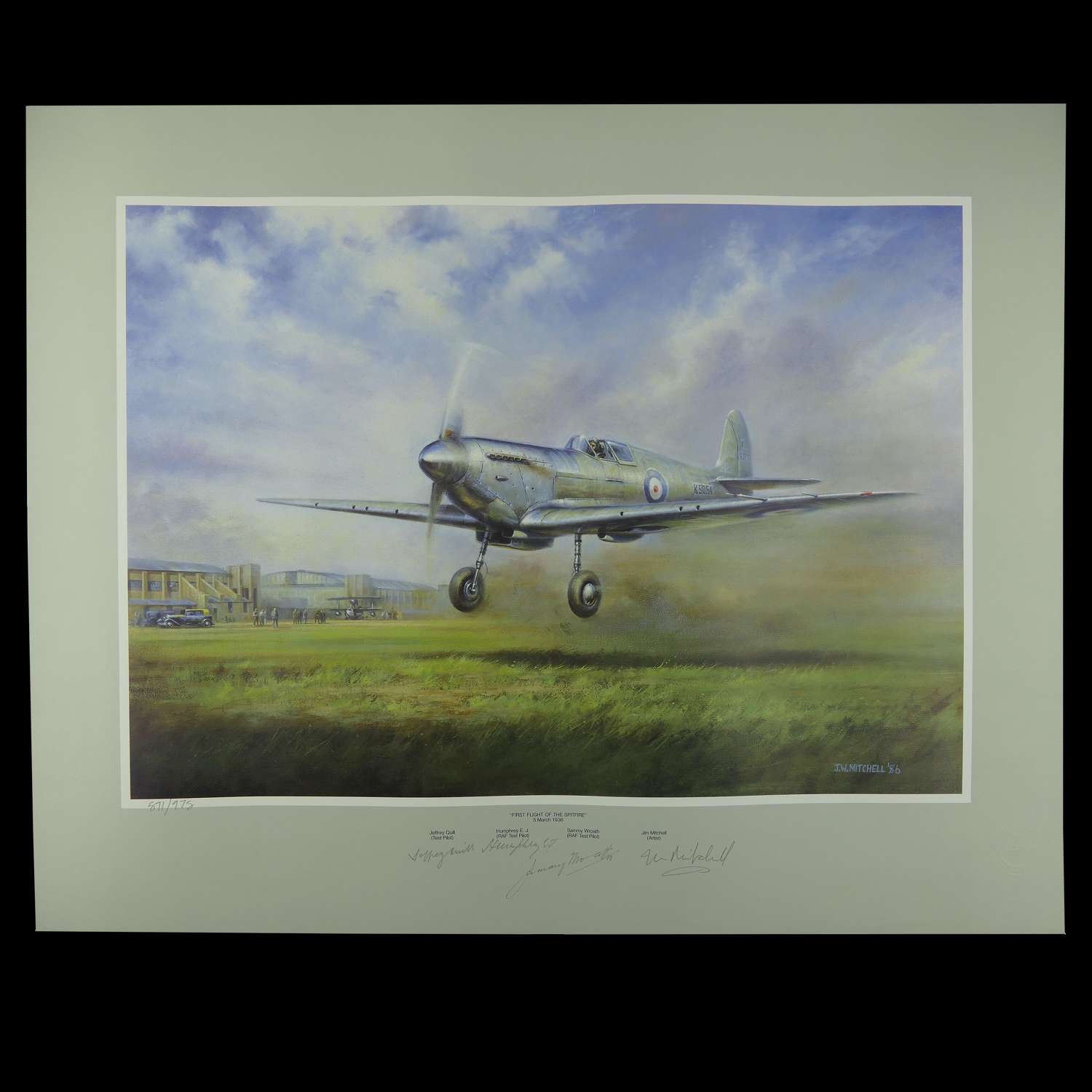 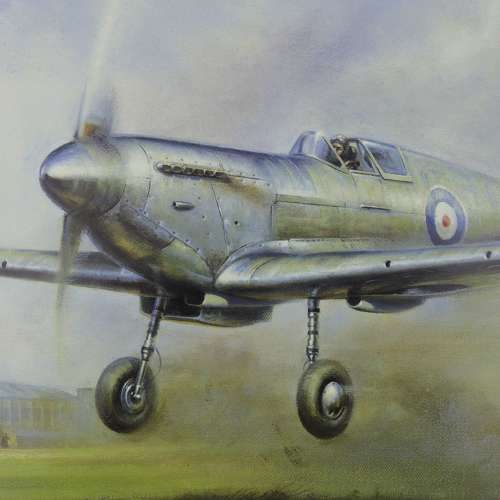 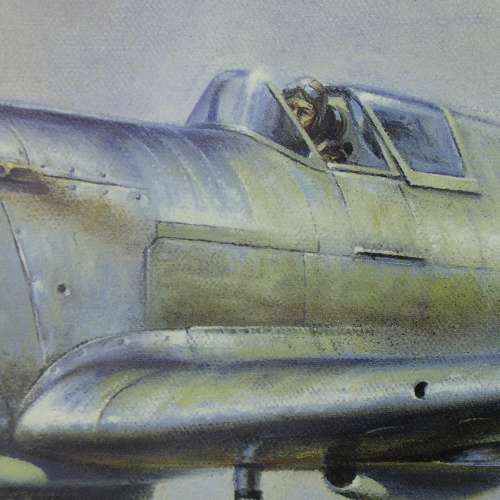 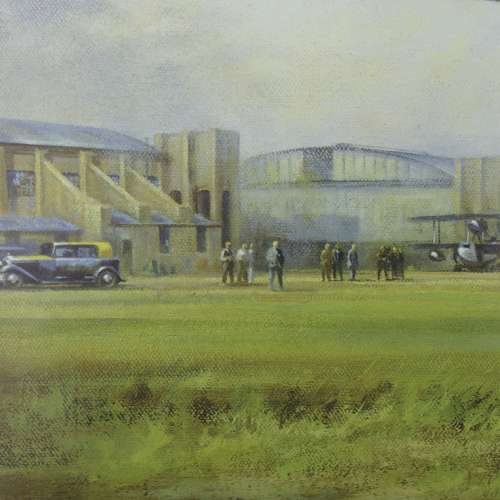 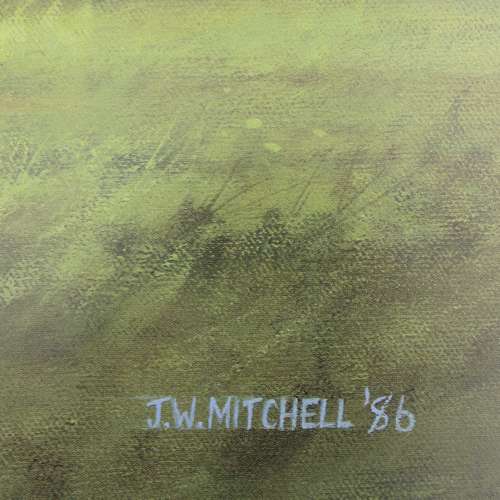 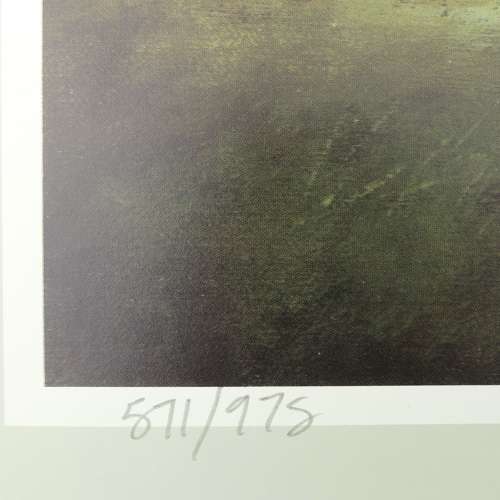 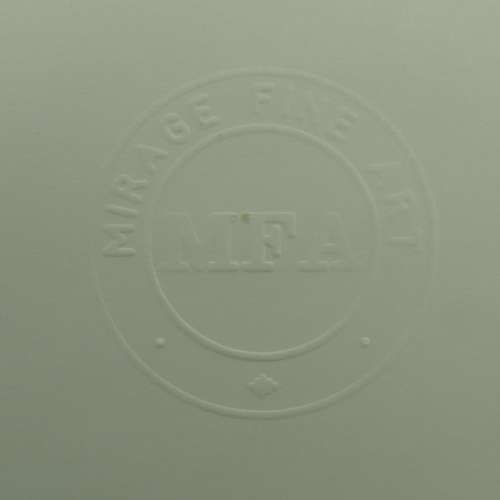 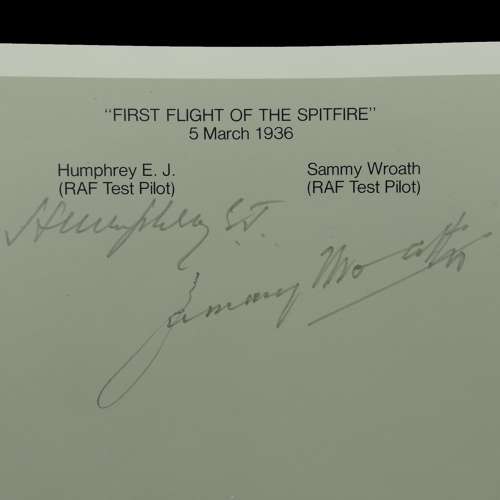 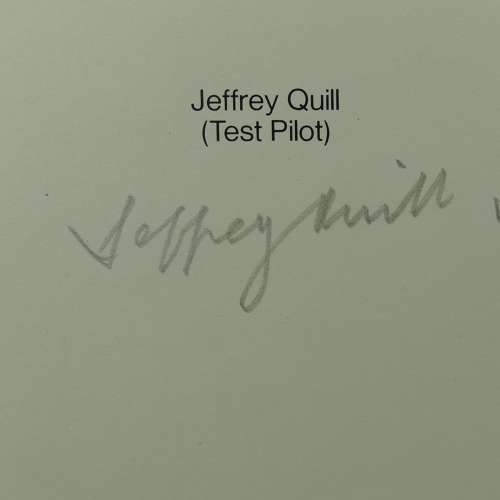 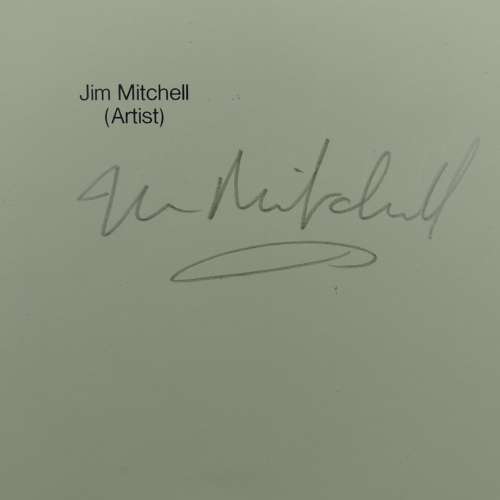 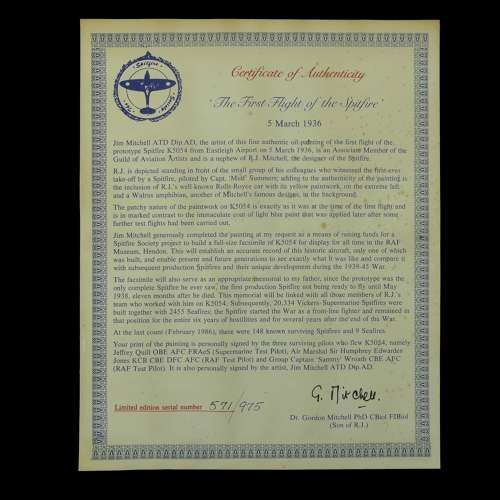 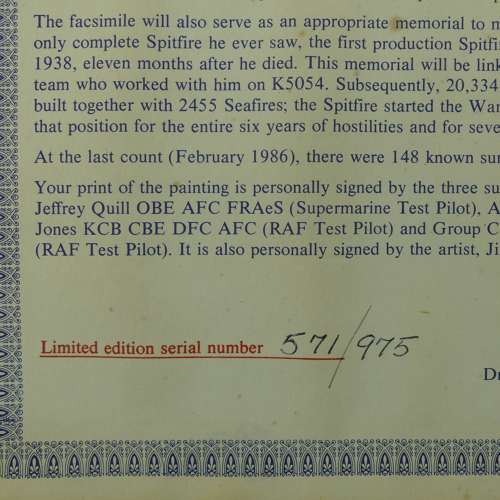 The First Flight of the Spitfire - signed print

'The First Flight of the Spitfire' fine art print by Jim Mitchell ATD, Dip.AD.  This superb image shows prototype Spitfire K5054 on its first flight from Eastleigh airport on 5th March 1936 with designer, R.J. Mitchell and a small group of colleagues watching in the background.  The patchy nature of the paintwork on K5054 is exactly as it was at the time and is in marked contrast to the immaculate coat of light blue paint that was applied after further test flights had been made.
This Mirage Fine Art limited edition print, No.571 of 975, c.1986, approximately 69.5 x 56.0cm, is personally signed by the then three surviving pilots who flew K5054, Jeffrey Quill OBE AFC FRAeS (Supermarine test pilot), Air Marshall Sir Humphrey Edwardes Jones KCB CBE DFC AFC (RAF test pilot) and Group Captain 'Sammy' Wroath CBE AFC (RAF test pilot).  It is also signed by the artist, Jim Mitchell, an associate member of the Guild of Aviation Artists and nephew of R.J. Mitchell, designer of the Spitifire.  It comes with a certificate of authenticity handsigned by Dr. Gordon Mitchell PhD Cbiol FIBiol, son of R.J. Mitchell.  The print is in excellent condition ready for framing. Stock code P25264.