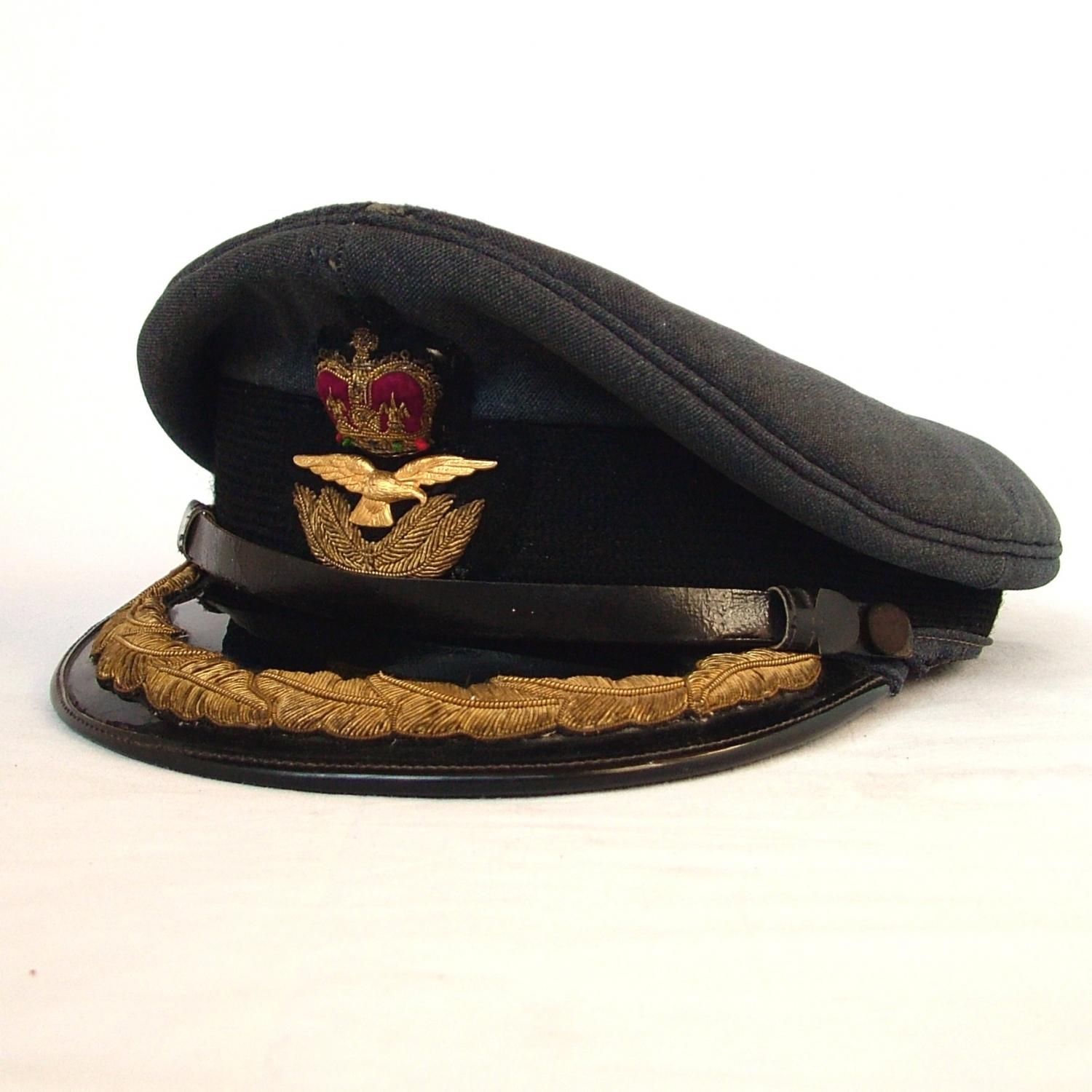 By Bates Hatter of Jermyn Street, London. Â Large size - approx. 71/4. Â Group Captain's service dress peakedÂ cap dating from the early 1980s. Â This is well used and has some soiling and fading with moth damage to the crown and edges near the peak attachment points. Â The upper section of the Queen's crown bullion badge also has moth damage but the leather chinstrap, peak, leather underpeak Â and associated braiding is in good order. Â Lined in green felt with a torn greasepaper protection sheet and paper sticker 'Port Stanley Via Ascension Island'. Â The inner leather band is good but if this is folded back/down further moth damage is revealed - see photos. Â Somewhat tired and tatty but still displays well and does have history. Â We purchased this directly from the veteran who was commissioned into the RAF in 1957. After flying tours in the high and low-level bombing roles on IX Squadron Canberra B6s at Binbrook and Coningsby, and 49 Squadron Valiants at Wittering and Marham, he served as a Valiant/Victor instructor. Â He was a founder member of the Tanker Training Flight Â and took up an Air Staff weapons appointment at HQ Strike Command in the late 1960s flying weapons trials with the USAF in F100, F4C, F4D, F105, andÂ Hunters. Â HeÂ also flew a He111 and Me109 during the making of the classic Battle of Britain film. Â  Later he flew Vulcans andÂ spent 3 years at the MOD in Whitehall as Deputy Principal Staff Officer to the Chief of Defence during the Falklands war. Â After helicopter training he served as Commander RAF Hong Kong andÂ Â later still as Deputy Commander British Forces andÂ Chief of Staff in the HQ British Forces Gibraltar and Commander Air Gibraltar. Â He left the RAF as an Air Commodore in 1993. Â Stock code U19095.