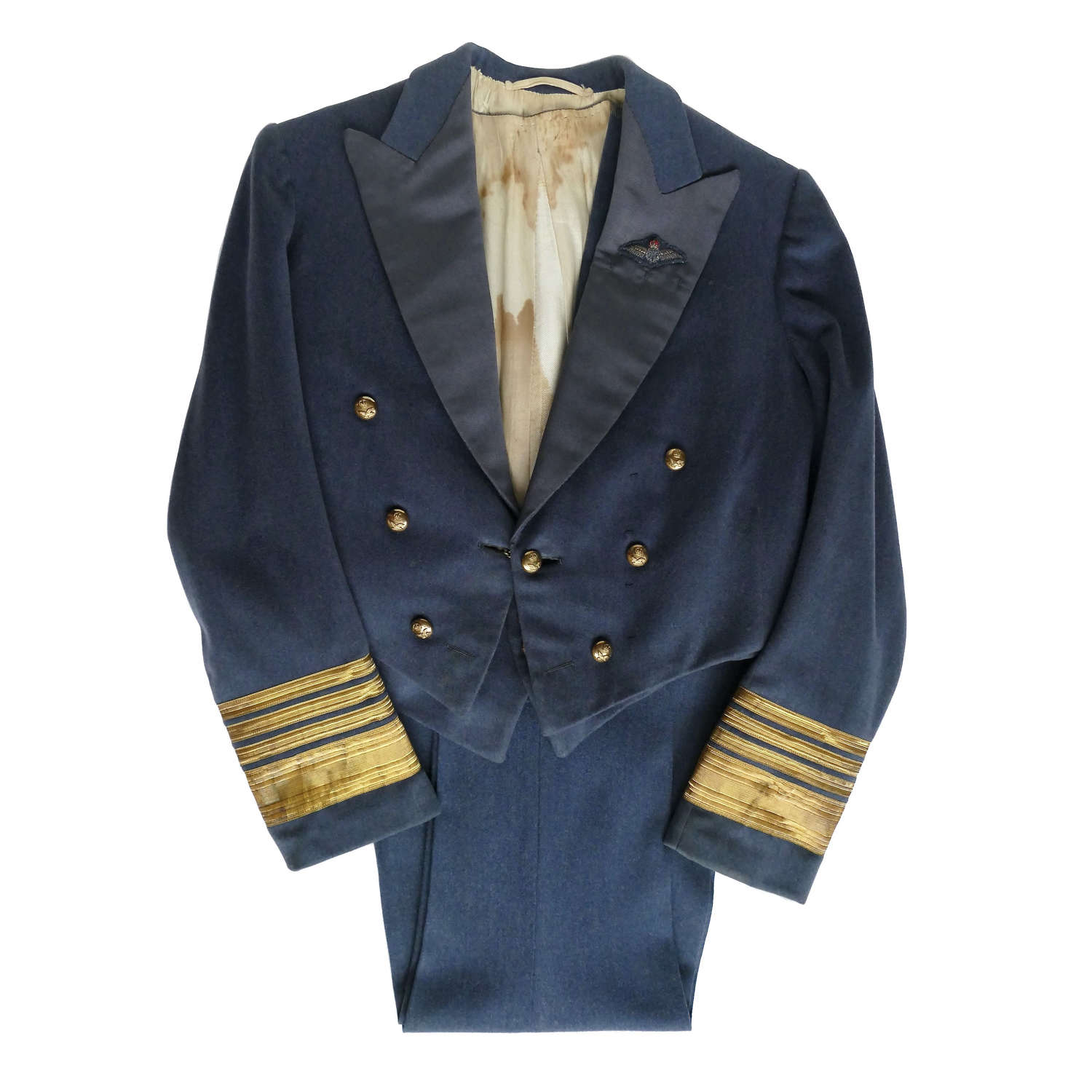 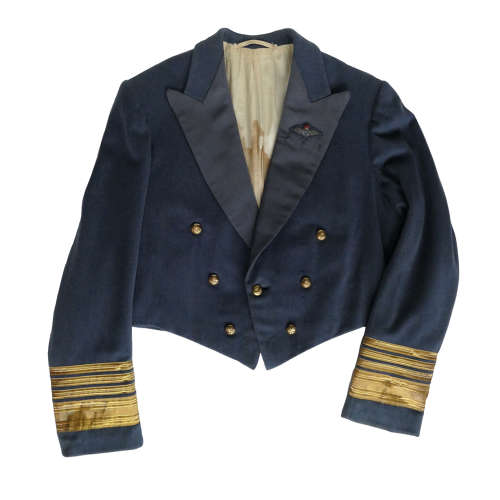 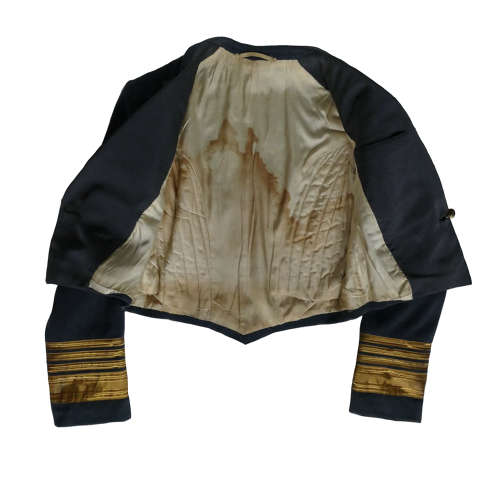 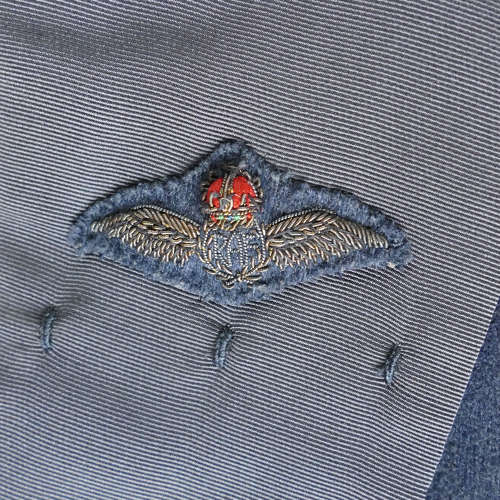 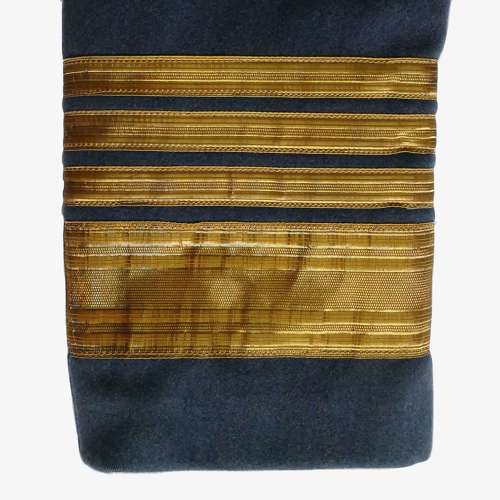 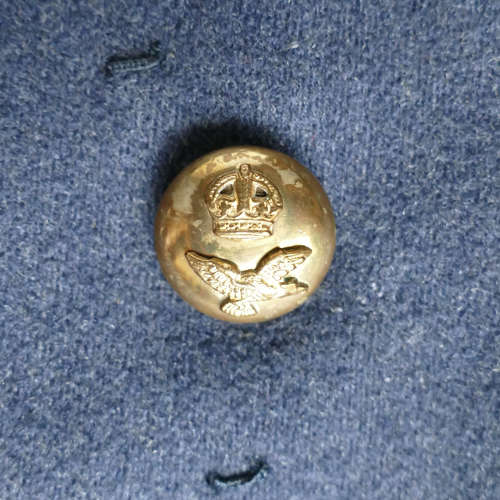 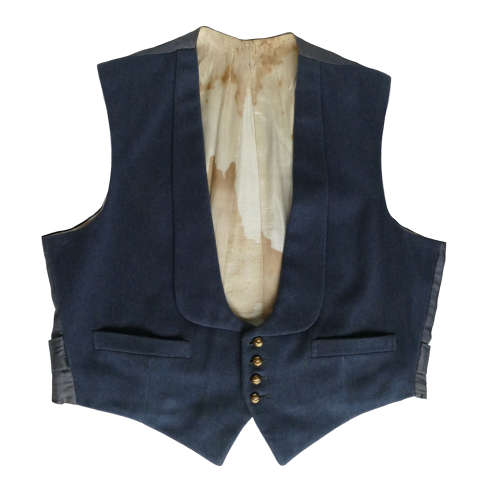 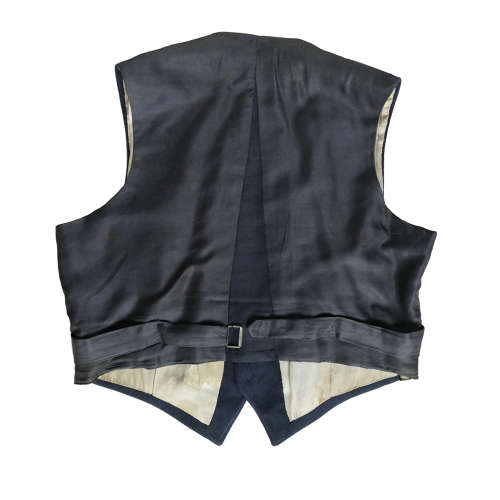 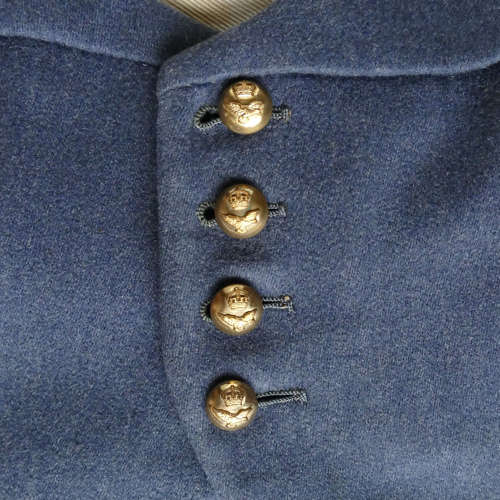 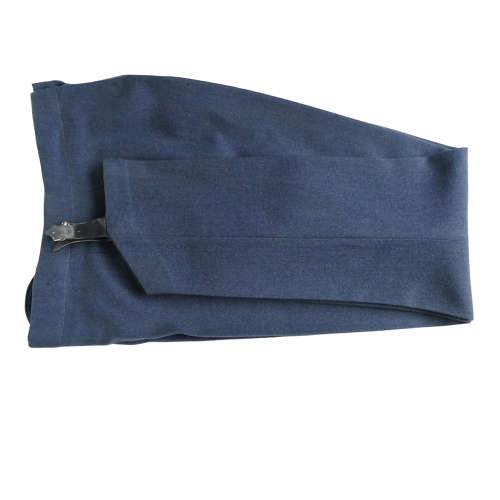 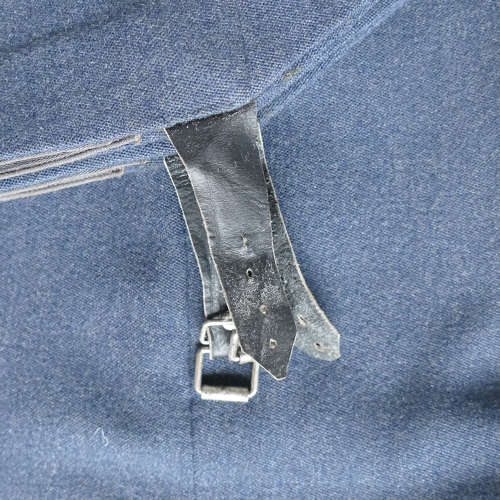 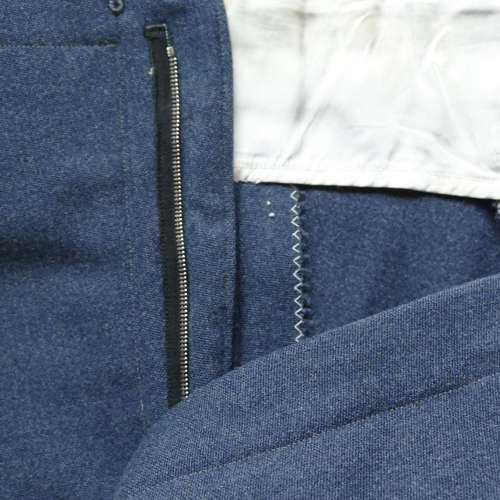 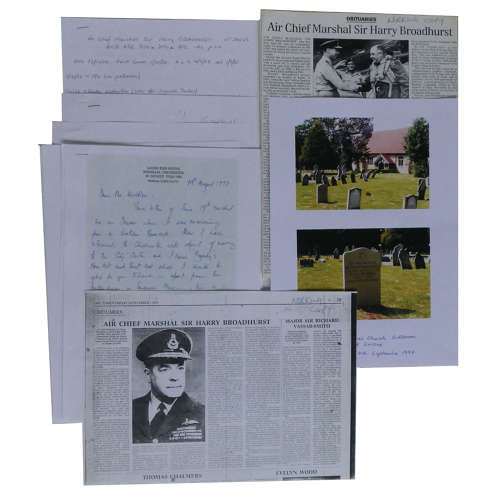 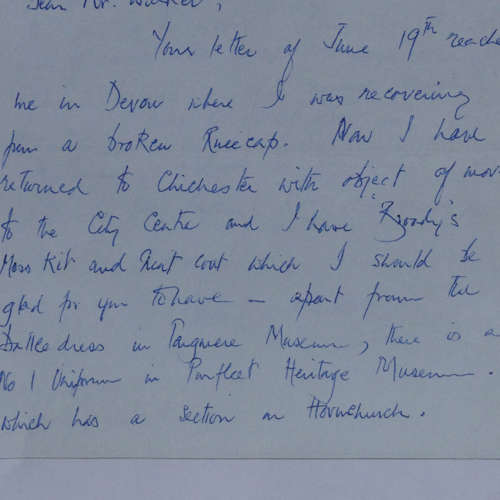 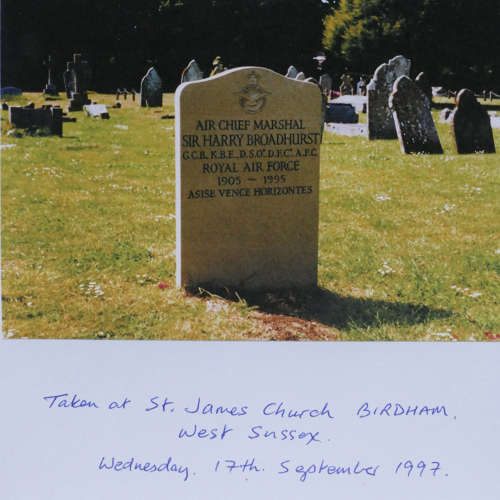 Extremely rare No.5B (blue) Mess Dress uniform of the late Air Chief Marshall Sir Harry Broadhurst GCB, CBE, DSO & bar, DFC & bar, AFC.  He was born at Frimley, Surrey on October 28th 1905, educated at Portsmouth Grammar School and served with the TA but was determined to fly and joined the RAF in 1926, gaining his wings the following year. He initially joined 11 bomber squadron, serving in India but was posted to 41 fighter squadron in 1932 on Bulldogs becoming part of the display team that flew at Hendon air pageants.  In 1939 he was appointed CO of 111 Squadron at Northolt, equipped with Hurricanes, taking part in the Battle of France.  On May 20th 1940 his fighter was badly shot up over the channel as he was attacked by four Me109s as the squadron left France for England.  With the aircraft repaired he had it painted black and his monogram 'HB' on the fuselage.  He even persuaded Rolls Royce to fit a two-stage Merlin XX engine so his Hurricane had Spitfire performance!  During the Battle of Britian he flew with No. 1 squadron and in December 1940, took command of RAF Hornchurch.  By December 1941 he had been awarded two DSO's, the citation for the second crediting him with the destruction of four enemy aircraft with a further four 'probables'.  Broadhurst also helped plan and took part in the Dieppe raid in 1942 even though a senior officer at the time.  He added a further enemy aircraft to his tally during the sortie and was awarded a bar to his DFC.  Later that year he was posted to AHQ Western Desert as SASO to AOC, as an acting Air Vice Marshall, working closely with the 8th Army.  He was then appointed Commander of 83 Group Allied Expeditionary Air Forces as part of the 2nd Tactical Air Force.  Post WW2 he had a staff post in Fighter Command as Air Officer Administraton, later he was on the staff of the British Forces of Occupation in Germany.  In 1953 he joined the 2nd TAF as Commander in Chief providing air power during the Suez Crisis.  From 1959 until his retirement from the RAF in 1961, he was Commander Allied Forces Central Europe.  Following that he worked as deputy MD of AVRO on their 'Blue Steel' missile project and later as director of the Hawker Siddley Group.  He died in August 1995.

Here we are offering 'Broady's' Mess Dress uniform with the rank of Air Chief Marshall,  comprised of jacket, waistcoat and trousers.  The jacket has gold rank lace, King's Crown brass buttons and a King's crown miniature bullion pilot wing.  There are also stitch loops for medals and decorations.  The waistcoat is fitted with King's crown buttons.  Whilst there are no labels the uniform was originally obtained by the previous owner directly from Lady Jean Broadhurst in 1997.  There are copies of correspondance between them both relating to this.  Condition is generally very good to excellent bar minor marks and stains to the silk linings.

An extremely rare opportunity to purchase a uniform belonging to this high ranking officer.  Stock code U25265.