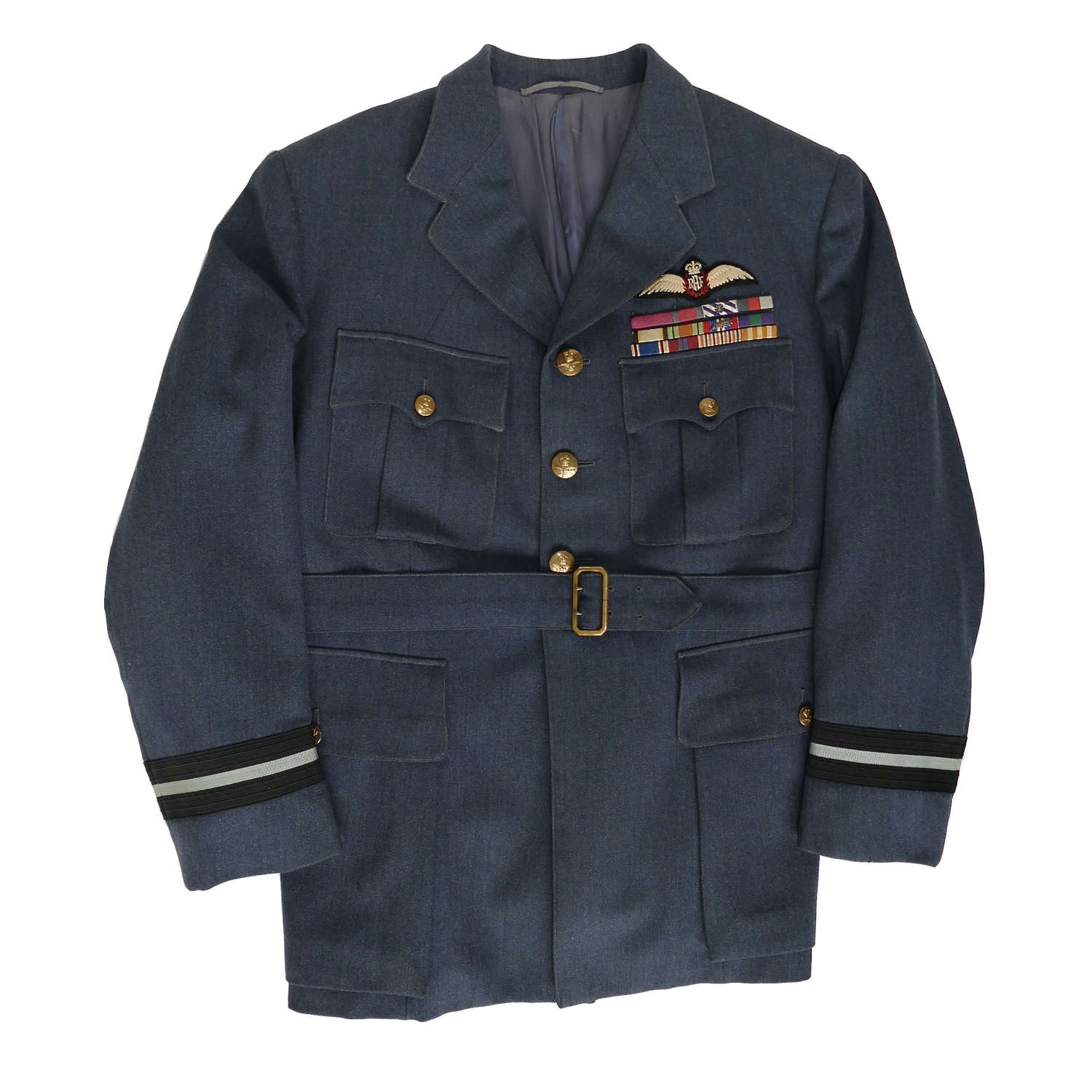 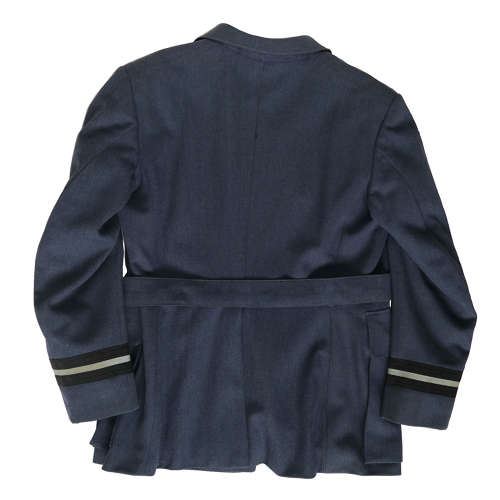 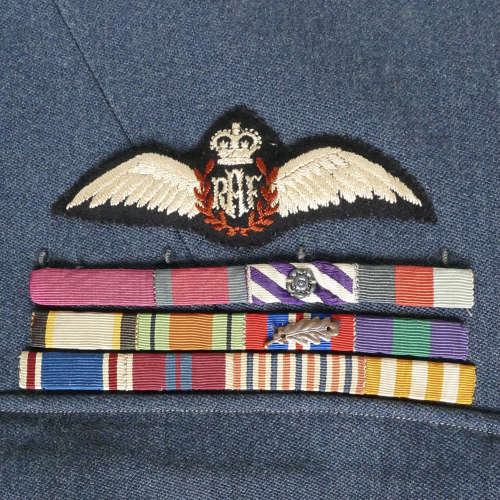 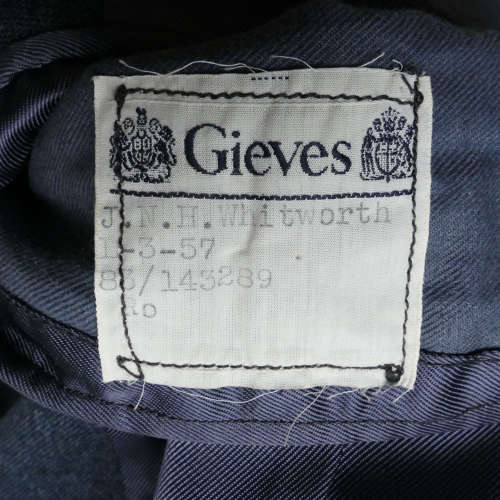 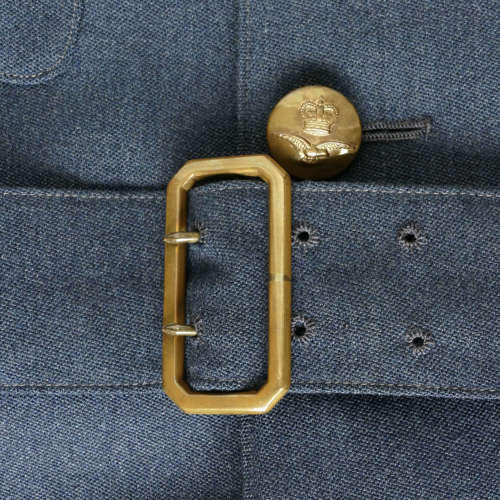 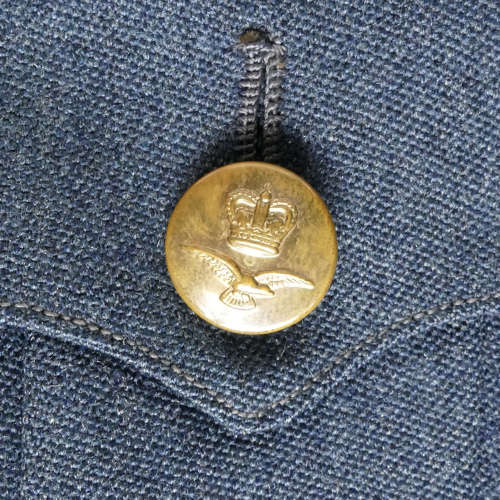 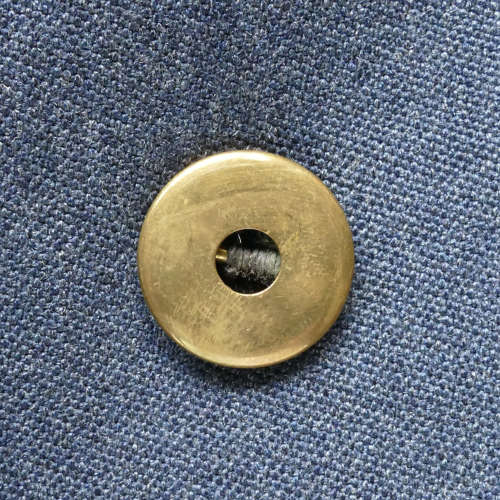 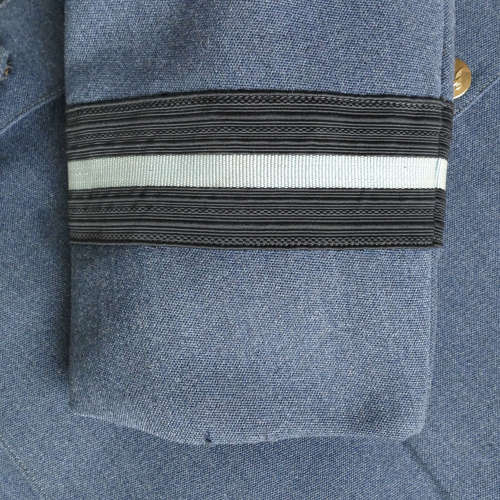 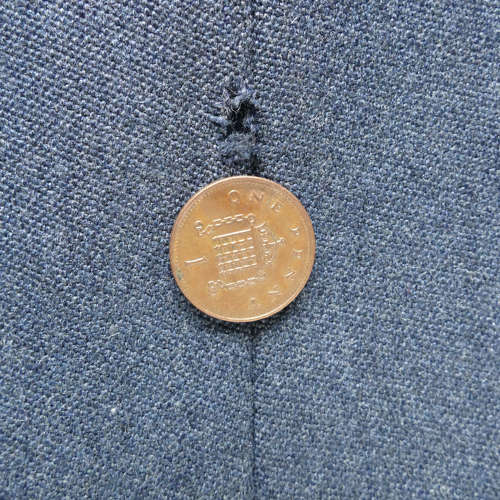 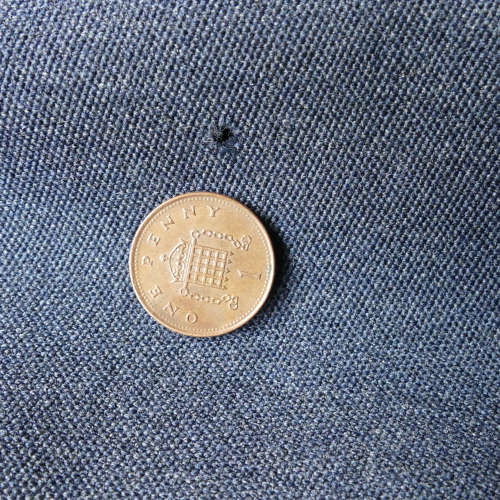 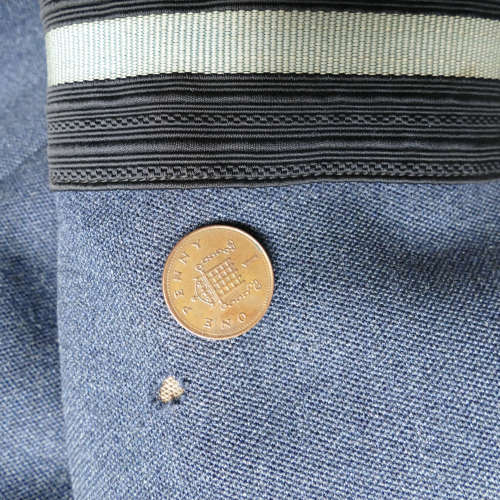 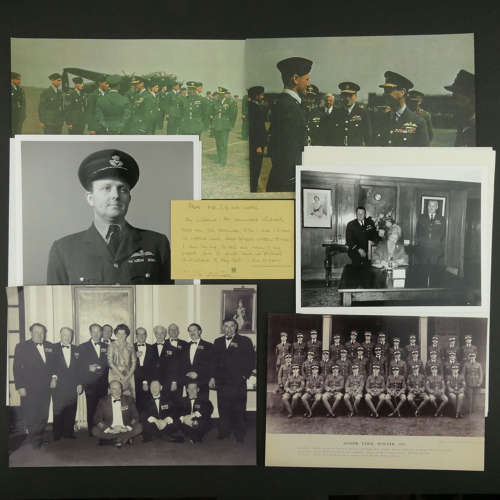 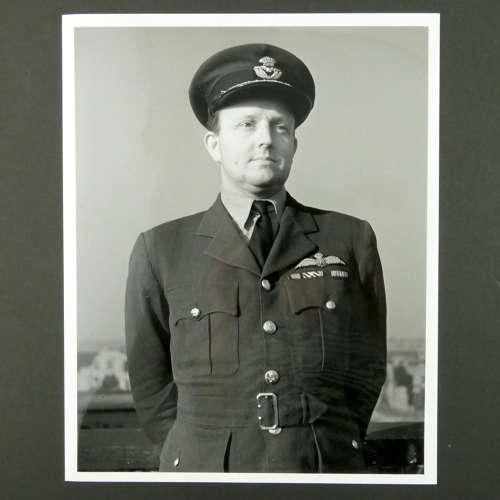 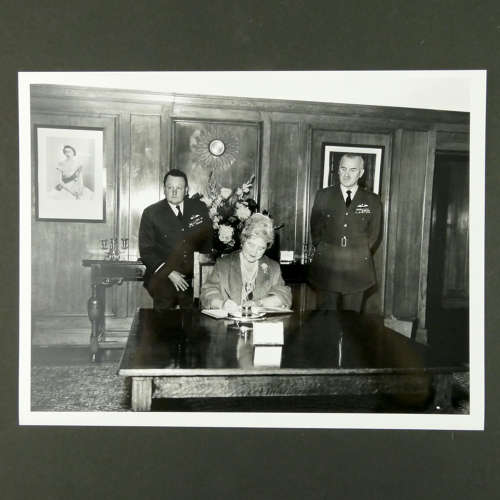 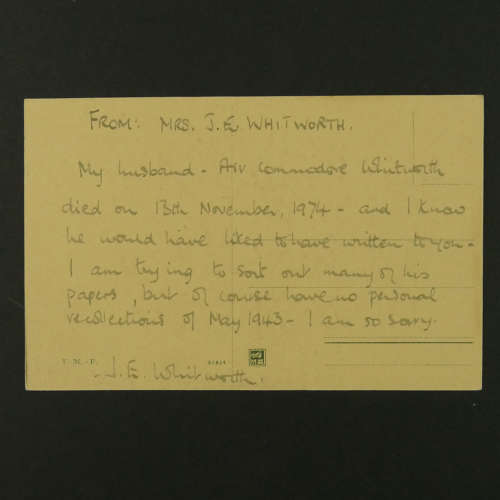 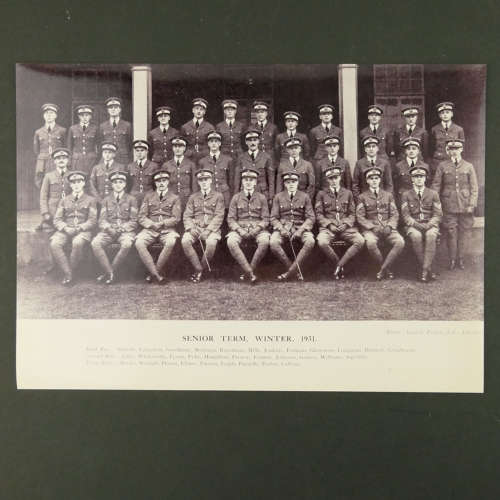 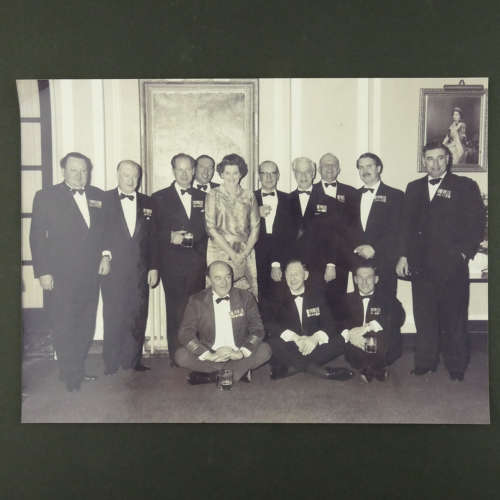 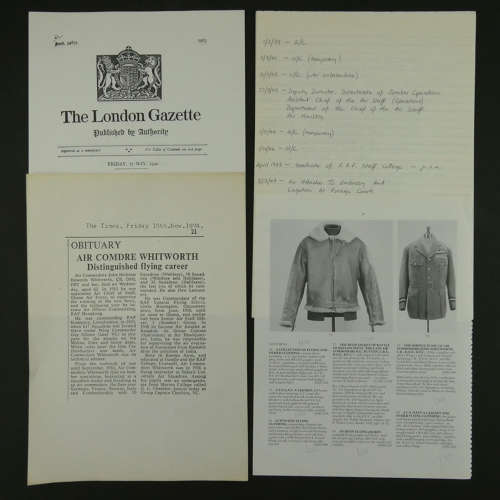 Extremely rare service dress uniform to Air Commodore John Nicholas Haworth Whitworth, C.B., D.S.O.(Two Bars), D.F.C. & Bar, Czech M.C & Dutch Bronze Lion.  He was born in Buenos Aires in January 1912 and educated at Oundle and the RAF College, being first commissioned in December 1931.  He first joined 99 Squadron, moving to 70 (Bomber Transport ) Squadron in 1933.  By 1936 he was at Training Command and a flying instructor to Oxford University Air Squadron. Among his pupils was the now famed Group Captain Leonard Cheshire, VC.  From the outbreak of war until 1943 he flew operationally with 10 Squadron on Whitleys, was CO of 78 Squadron (Whitleys & Halifaxes) and 35 Squadron (Halifaxes).  In 1943 he was Commanding Officer at RAF Scampton when 617 Squadron was formed there under the leadership of Wing Commander Guy Gibson (later VC) to prepare for the attacks on the Moehne, Eder, and Sorpe dams.  He flew with many members of 617 Squadron, including Gibson, when he acted as Observer during final bombing trials.  Years later he was employed as technical adviser on the classic Dam Buster film.  In 1947 he was Air Attache at Bangkok and in 1953, a member of the Air Staff, Operations, Bomber Command at High Wycombe.  In 1956 he qualified as an instructor (A2 category) at the Central Flying School CFS).  By 1958 he was Air Officer Commanding and Commandant, RAF CFS, Little Rissington.  In 1962 he was Air Officer Commanding in Hong Kong, eventually retiring in 1964.  He died on 13th November 1974 at the age of 62.
Here we are offering his Service Dress tunic with the rank of Air Commodore,  tailored by Gieves.  It has semi-padded Queen's crown pilot wings, brass belt buckle, and Queen's crown buttons, Air Commodore rank lace on the cuffs and medal ribbons for The Most Honorable Order of the Bath, Companion's (C.B.), Distinguished Service Order, Distinguished Flying Cross & bar (D.F.C.), 1939-45 star, Air Crew Europe star, Defence medal, War medal with M-I-D, General Service medal, unknown, Coronation medal, Czechoslovakian War Cross and the Dutch Bronze Lion medal.  There are also stitched loops above the ribbons on which his medals could be mounted.
With this comes some biographical details, photographs/copy photographs as shown.  There is also a handwritten note from his widow, Joan.  The tunic was originally purchased from Sotheby's Auction House as part of a Historic Aircraft & Aeronautica sale in 1996.  We purchased the tunic from that buyer and it comes with the relevant page from the auction catalogue.  Overall condition is very good.  There are a few small moth holes but nothing serious. The tunic is labelled, clearly named to Whitworth, and dated March 1957.

An extremely rare opportunity to purchase a uniform belonging to the CO at Scampton during the famous Dams raid.  Stock code U25104.