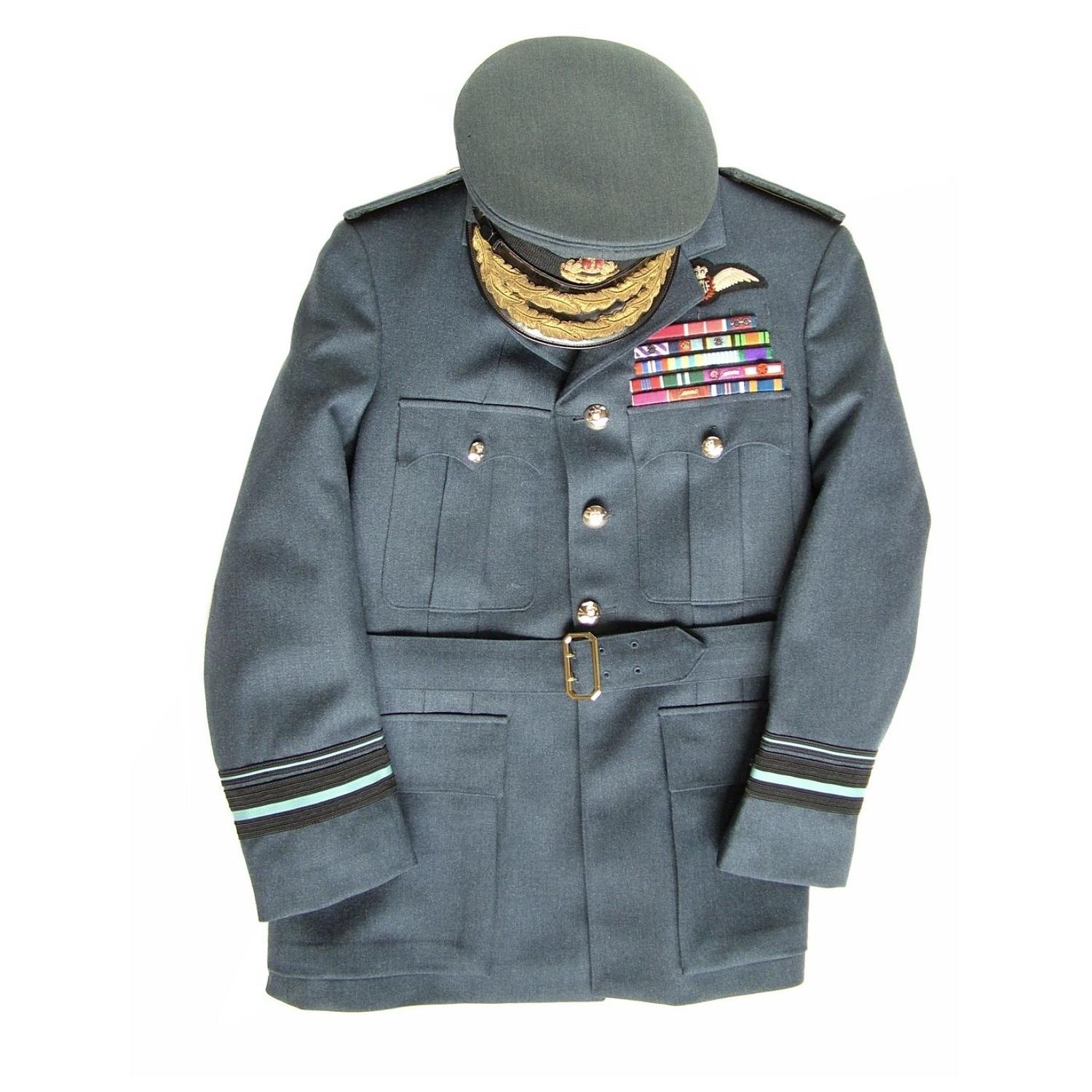 Extremely rare service dress uniform to Air Vice Marshall James Edgar 'Johnnie' Johnson C.B., C.B.E., D.S.O.(Two Bars), D.F.C. & Bar, D.L., Legion of Merit (U.S.A.), D.F.C. (U.S.A.), Air Medal (U.S.A.), Order of Leopold (Belgium), Croix De Guerre (Belgium), Croix De Guerre (France).  He was born in Loughborough, Leicestershire on March 9th 1915 and when a schoolboy, was inspired to be a Royal Air Force fighter pilot by the Aces of the First World War such as Albert Ball, William Bishop, Edward Mannock, James McCuddon, Von Richthofen and the like.  He attended Nottingham University and joined the RAFVR undertaking some flight training at No.21 Elementary & Reserve Flying Training School before the outbreak of war when he entered full-time service.  Johnson's initial training took place at 22 E.F.T.S. (Cambridge) with further training at 5 F.T.S. before being posted to No.7 Operational Training Unit, Hawarden in August 1940.  By the end of the month he was flying with 19 Squadron before a move to 616 Squadron, Kenley in early September.  At this point he had just 12 hours flying time on Spitfires.  In February 1941 the Squadron moved to Tangmere as part of Douglas Bader's wing alongside 'Cocky' Dundas and Alan Smith.  His first victory, a Messerschmitt BF109, came on 26th June followed by two more in July and a further two on September 21st.  In the summer of 1942 he was appointed Commanding Officer of 610 (County of Chester) Squadron at Ludham.  During his time there he shot down a Focke Wulf 190 in August with a 'probable' in February 1943.  Johnson was promoted to Wing Commander and posted to RAF Kenley to lead the Canadian Spitfire Wing there.  Between April and September he shot down a staggering ten FW190s, shared another, shot down four Messerschmitt BF109s, shared a further three and also shared a Messerschmitt Bf110, raising his personal total to 25 enemy aircraft.  He had a short break from operational flying and was posted to the planning staff at 11 Group, returning in March 1944 to lead 144 Canadian Squadron Wing at RAF Digby, leading them on four sorties over the beaches on D-Day.  He scored his 38th and final victory in September 1944.  Early in 1945 he was promoted to Group Captain and appointed Commanding Officer of 125 Wing, equipped with the newly introduced Mk.XIV Spitfire flying out of captured Luftwaffe airbases.

Johnnie Johnson ended the war as the top scoring allied fighter pilot with 38 confirmed victories.  He remained in the RAF and was seconded to the U.S.A.F. in 1950 where he served in the United Sates and during the Korean war operating out of Japan flying Douglas B-26 Invaders. In 1957 he flew one of the last RAF operational Spitfires to Biggin Hill to found what is now the Battle of Britain Memorial Flight.  He retired from the RAF in 1966 as an Air Vice Marshall and founded the Johnnie Johnson Housing Trust, a  non profit housing association that provides homes for thousands of the  elderly and disabled and continues to offer quality homes for independent living. The original voluntary Committee of Management consisted of conscripts from Johnnie’s RAF days, including Sir Douglas Bader.  Johnson served at its Chief Exectuvie until his death in January 2001.
Johnson was also an accomplished author and his titles include his WW2 biography'Wing Leader', 'Full Circle', The Story of Air Fighting' and 'Courage in the Skies' (with Laddie Lucas).

Here we are offering one of Johnnie Johnson's last uniforms with the rank of Air Vice Marshall, probably tailored for him post retirement for when he attended functions and events. The matched tunic and trousers are tailored by Moss Bros. of Covent Garden and are named to him on each label.  The tunic has padded Queen's crown pilot wings, AVM rank lace on the cuffs and medal ribbons for The Most Honorable Order of the Bath, Companion's (C.B.), The Most Excellent Order of the British Empire (C.B.E.), Distinguished Service Order with rosettes denoting a second and third award (D.S.O.), Distinguished Flying Cross & bar (D.F.C.), 1939-45 star, Air Crew Europe star, Defence medal, War medal, Queen's Korea medal, United Nations Korea medal, General Service medal - 1962 with one clasp), Coronation medal, Air Efficiency Award (GVIR), Belgian Order of Leopold 1, Belgian Croix de Guerre with palm, French Legion of Honour, United States of America Legion of Merit, United States of America Distinguished Flying Cross and Air Medal.  There are also stitched loops above the ribbons on which his medals could be mounted.
With this comes his service dress Air Rank cap, manufactured by Bates and complete with the original box addressed to him at RAF Feltwell in Norfolk.  This is an older piece than the tunic/trousers and probably dates from the 1960s.  There a couple tiny marks on the tunic and one small moth nip on the cap crown but both uniform and cap are in very good to excellent overall used condition.  The provenance for these items is solid.  They were originally obtained by the late Chris John who was an avid collector of RAF flying kit and come with letters from Johnson to John referring directly to them.  One handwritten letter on headed paper is dated 27 April 1990 and signed 'Johnnie J'.  A compliments slip was sent with the cap in the original box addressed to Chris John at his home in Cardiff. The slip states that the 'tunic follows in separate parcel J.J.'.  These signed items will be sold with the uniform along with some photographs of it on display and approximately 23  'copy' photos of Johnnie Johnson's career, some of which are captioned.

An extremely rare opportunity to purchase a uniform of the highest scoring allied flighter pilot of the second world war.  Further photographs available on request.  Already reserved twice but an expensive item this side of Christmas so available once more! Stock code U23951. 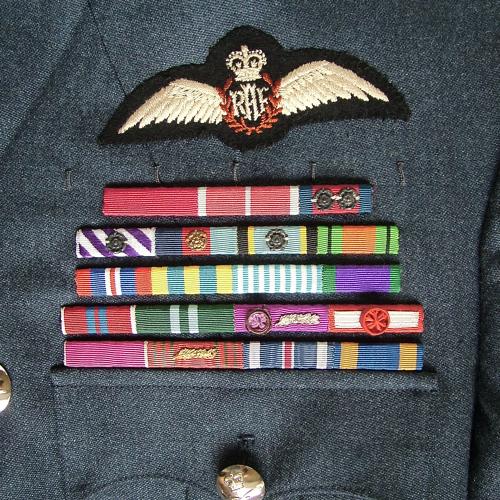 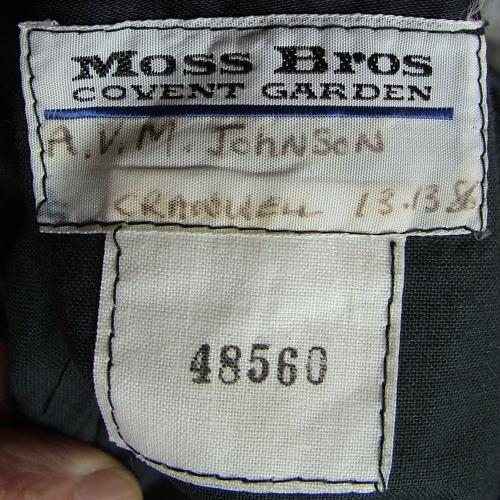 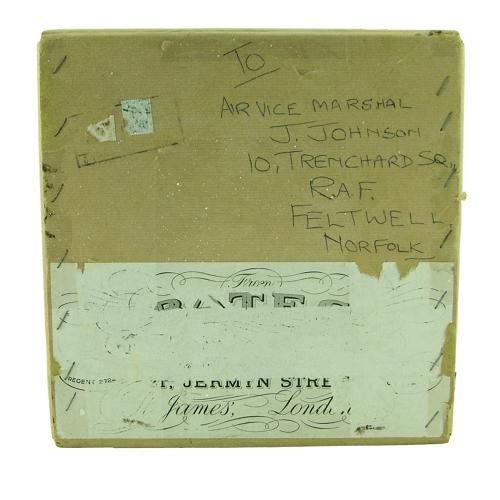 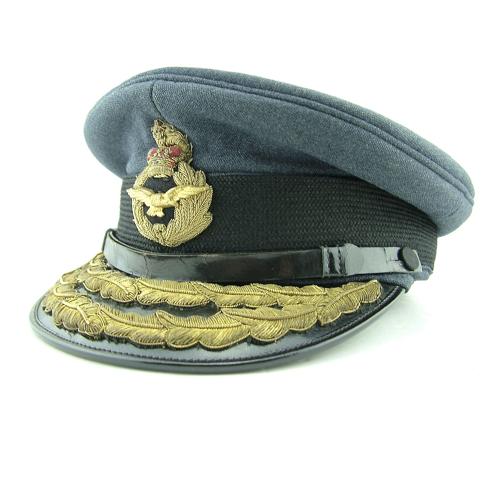 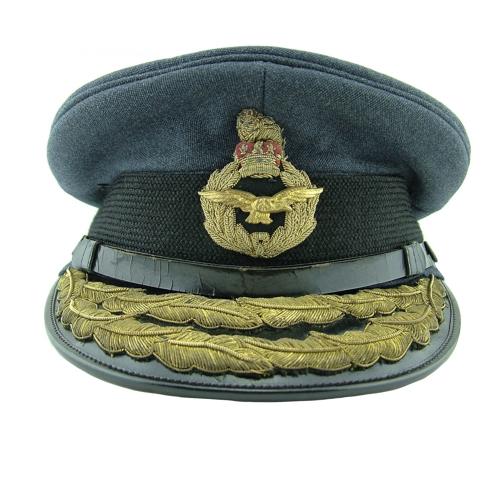 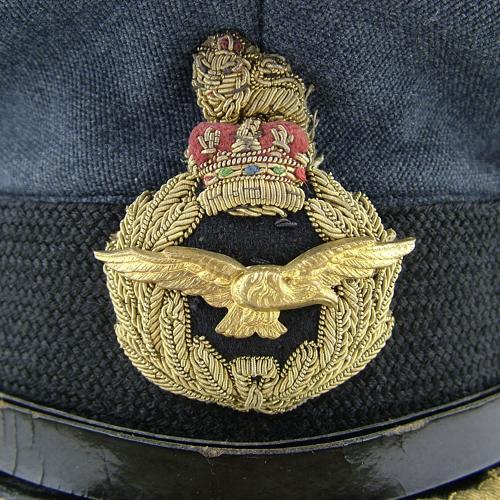 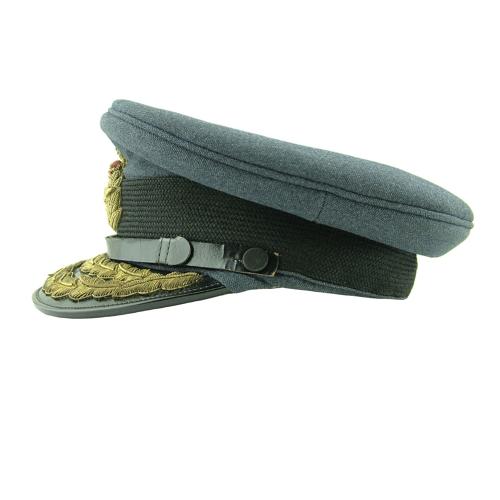 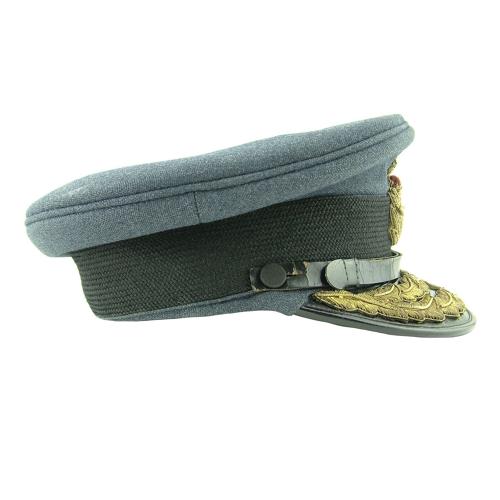 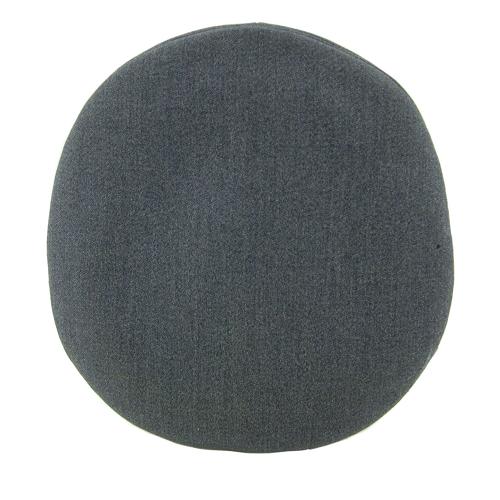 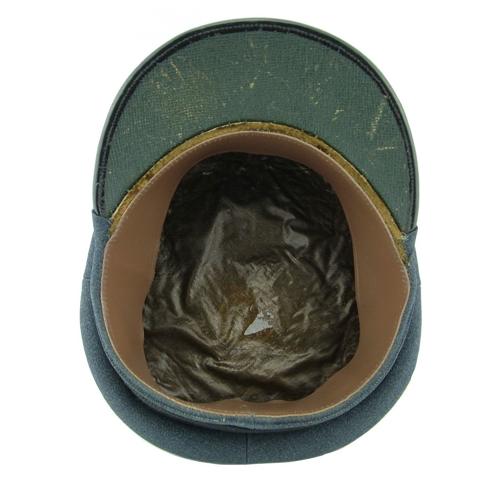 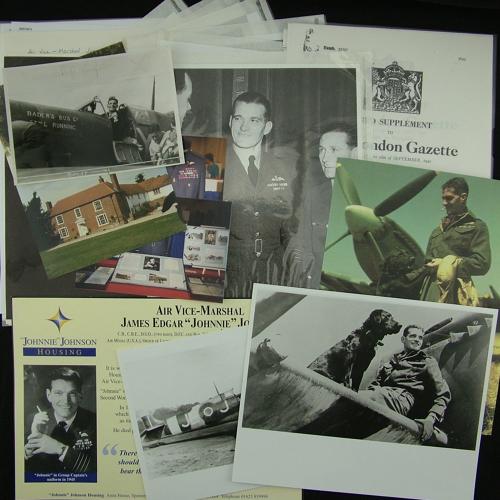 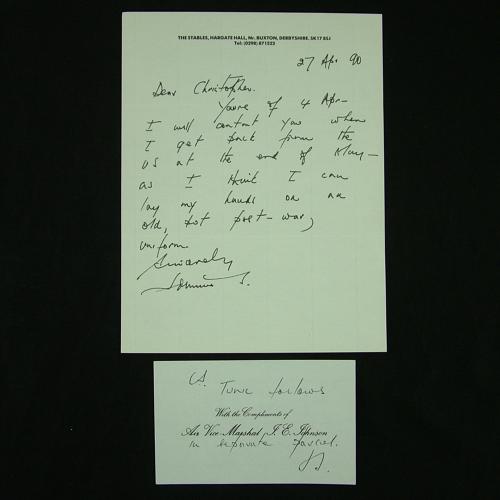