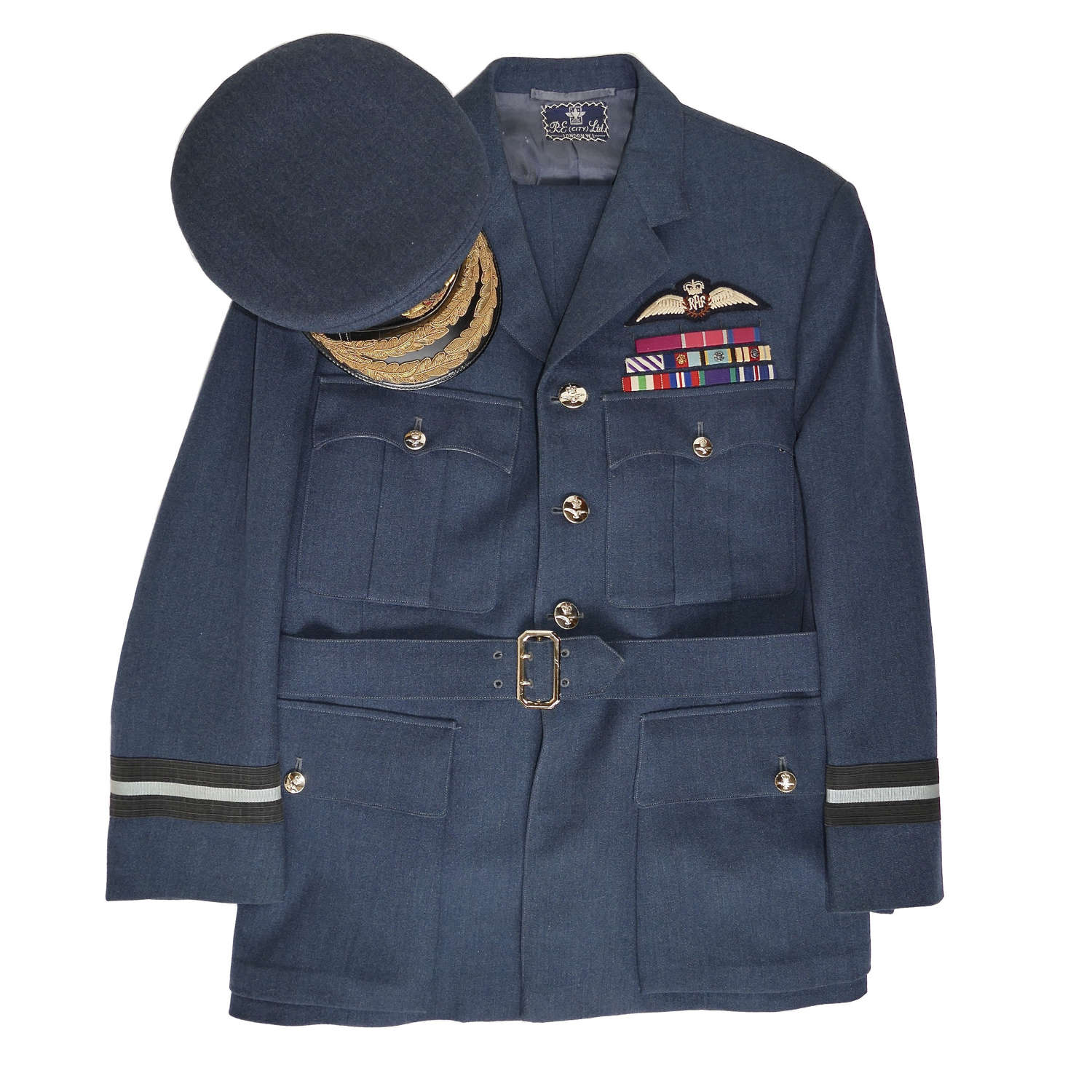 Extremely rare service dress uniform to Air Commodore Edward (Teddy) James Morris, C.B., D.S.O., D.F.C.   He was born in Transvaal, South Africa on April 6th 1915, and educated at Michaelhouse, Natal.  He joined the RAF on a short service commission in June 1937 and was posted to No.6 Flying Training Squadron at Netheravon.  On completion of training in May 1938 he was posted to the Parachute Test Flight as a staff pilot.  In 1939 Teddy joined 79 Squadron on Hurricanes at Biggin Hill, sharing the destruction of a He59 on 28th August.  Two days later he destroyed a He111 over Reigate by colliding/ramming the enemy aircraft.  His Hurricane was damaged during the action and Morris baled out unhurt.  The very next day he was shot down whilst attempting to engage Do17s that were attacking the base.  He sustained wounds when his Hurricane crash-landed at Biggin Hill.  In January 1941 he was posted to 238 Squadron as a Flight Commander, sharing the destruction of a Ju88 in March.  During May they moved to the Middle East and Morris was appointed Commanding Officer of 250 Squadron.  Over the next few months he damaged two Bf109s, achieved a 'probable' Bf109, and shared a Bf110. In March 1942 he was posted to HQ Desert Air Force (DAF) and in April, awarded the DSO. Late in 1942 he became the Chief Flying Instructor at 71 OTU and then Wing Leader of 251 Wing DAF in Italy.  The wing operated over North Western Italy and Southern France in conjunction with the USAAF.  Between April and November, he shared a Bf109 and a Ju88, and destroyed a Bf109.  He was awarded the Distinguished Flying Cross on 14th November 1944 and posted to the RAF Staff College.  In May 1945 he was granted a permanent commission.  Post WW2 he held various appointments and commands becoming Air Commodore Operations at HQ, Fighter Command in 1960 with full promotion to Air Commodore in 1962.  He retired in 1968 and returned to South Africa working in the sugar industry before his death in 1999.

Here we are offering Morris's Service Dress uniform with the rank of Air Commodore,  tailored by R.E City Ltd. (London).  It has semi-padded Queen's crown pilot wings, staybrite belt buckle, and Queen's crown buttons, Air Commodore rank lace on the cuffs and medal ribbons for The Most Honorable Order of the Bath, Companion's (C.B.), Commander of the Most Excellent Order of the British Empire (C.B.E.) Distinguished Service Order, Distinguished Flying Cross & bar (D.F.C.), 1939-45 star & Battle of Britain rosette, Air Crew Europe star & France/Germany rosette, Italy star & rosette, Africa star & rosette, War medal, General Service medal, and the American Distinguished Flying Cross.  There are also stitched loops above the ribbons on which his medals could be mounted.  The tunic comes with matching trousers and his 'Air Rank' service dress peaked cap by Moss Bros. of Covent Garden.  There are also some biographical details, photographs/copy photographs as shown.  Overall condition is excellent.  Light wear and use but undamaged.  Some wear inside the cap but this is also very good and faintly named to him on the underside of the inner leather band.  Both the tunic and trousers are labelled, clearly named to Morris, and dated March 1966.

An extremely rare opportunity to purchase a uniform belonging to a Battle of Britain pilot.  We originally sold this last year but the buyer has purchased other items so it's up for sale again.  Stock code U25103. 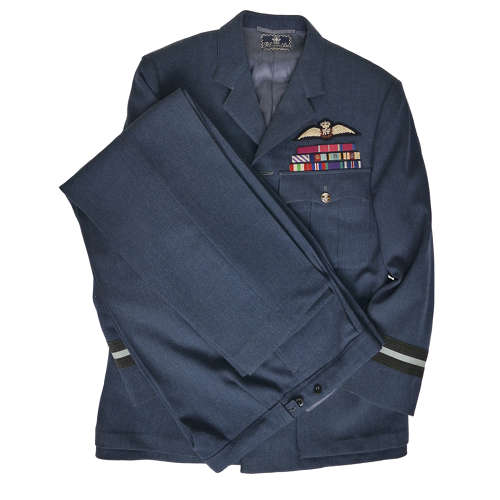 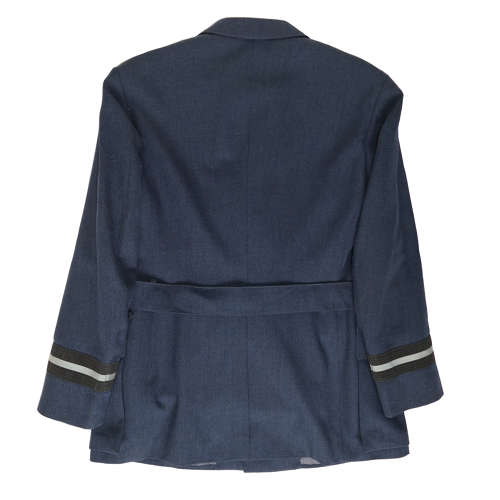 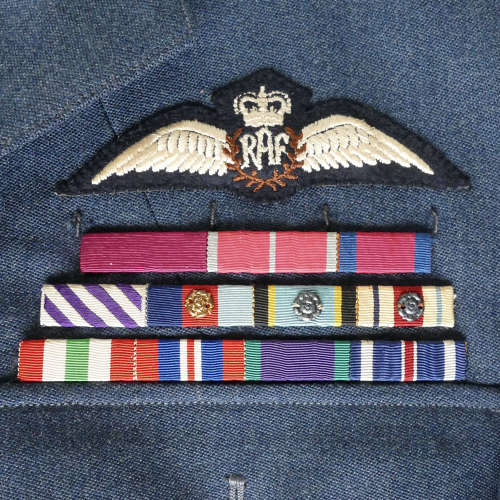 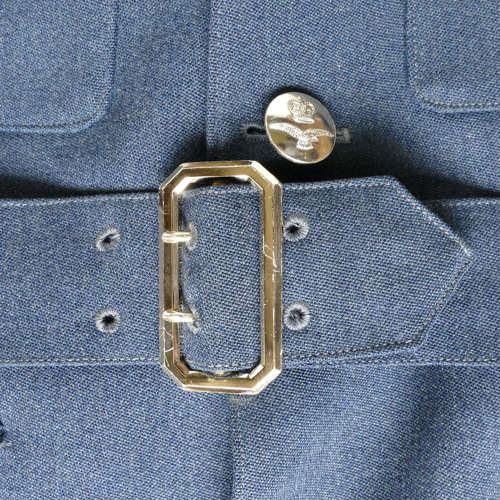 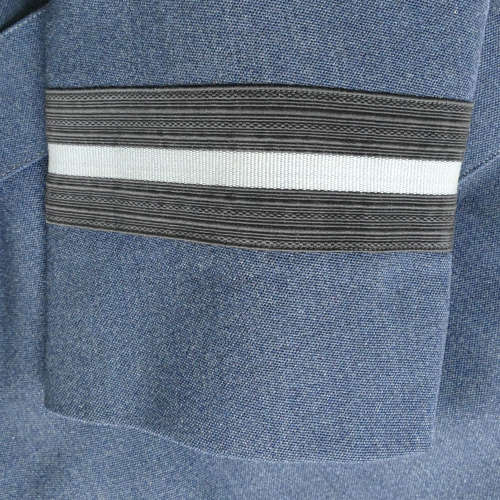 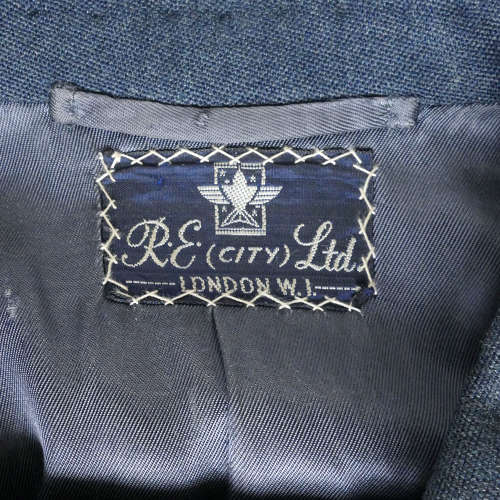 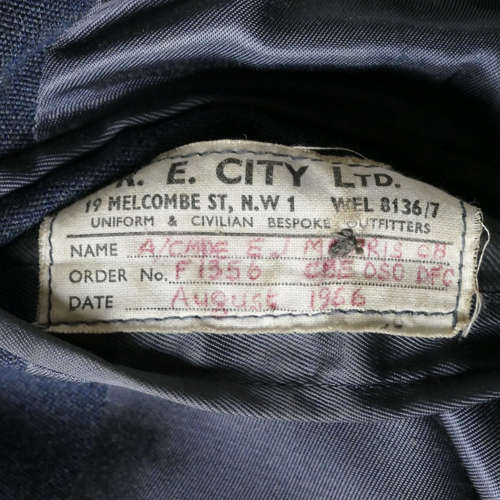 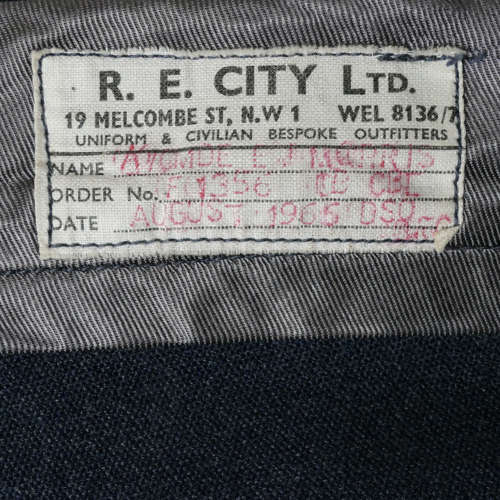 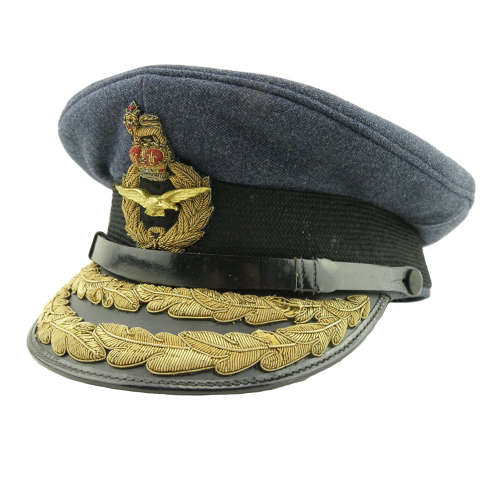 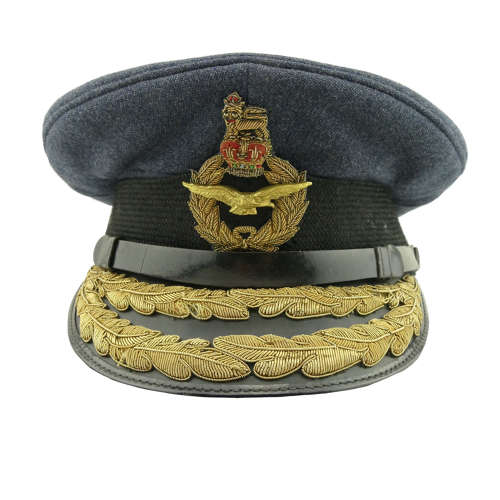 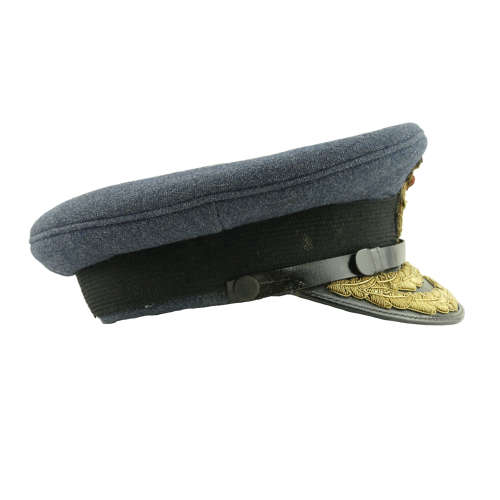 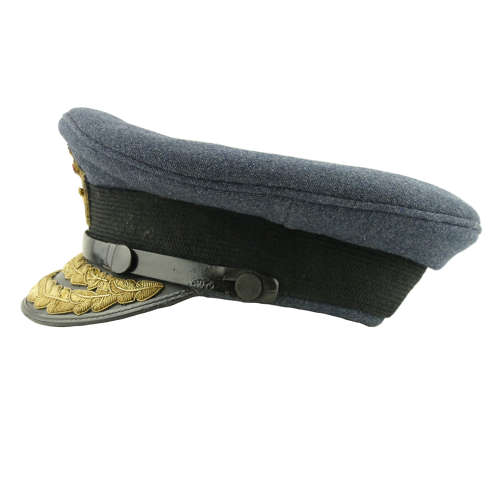 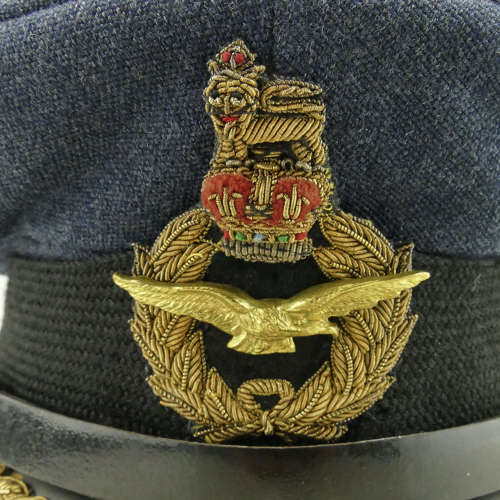 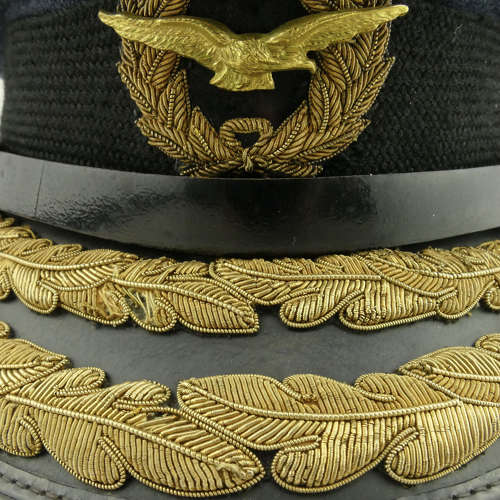 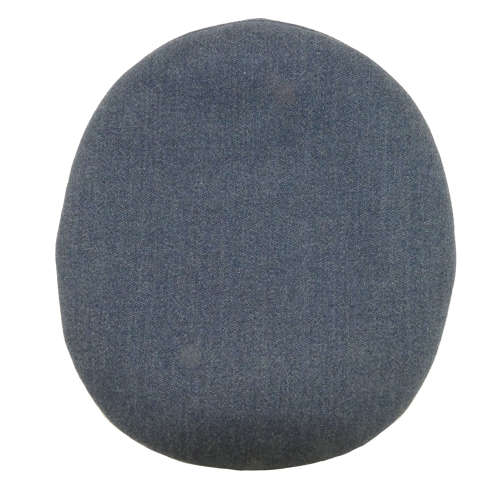 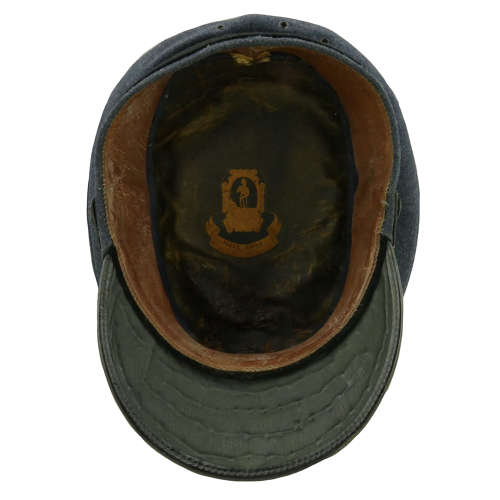 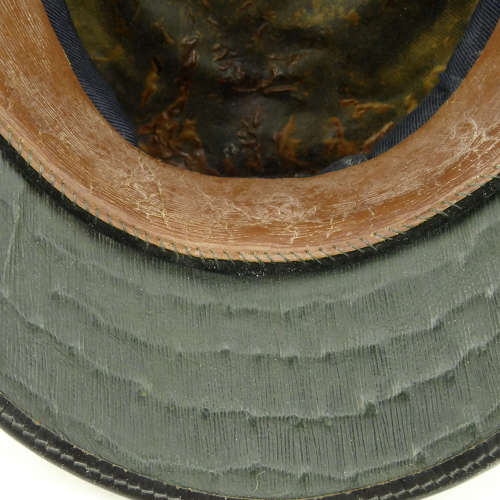 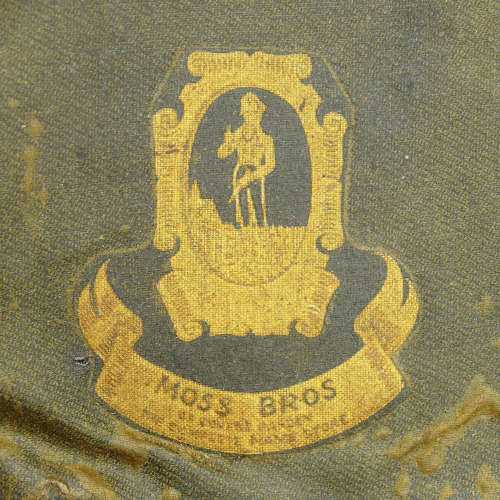 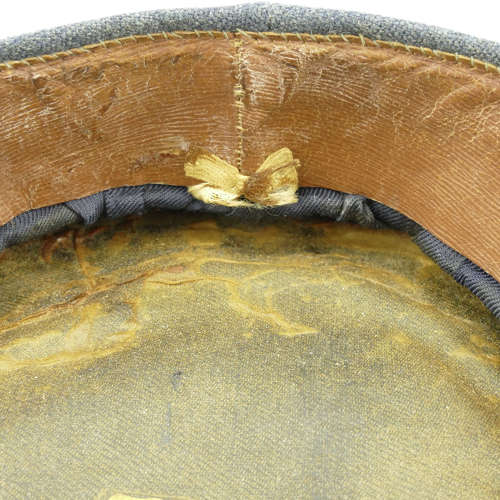 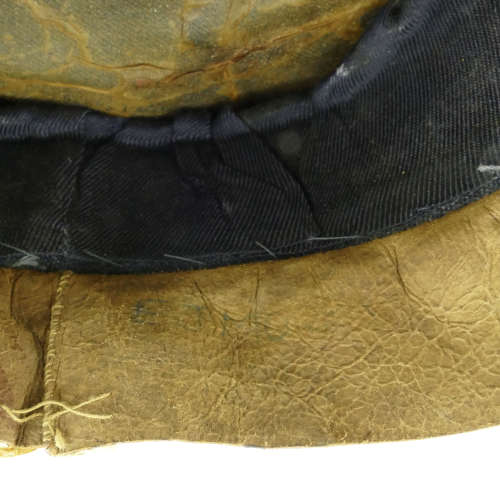 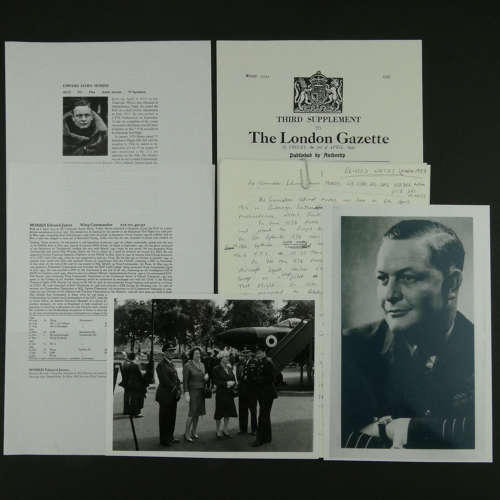 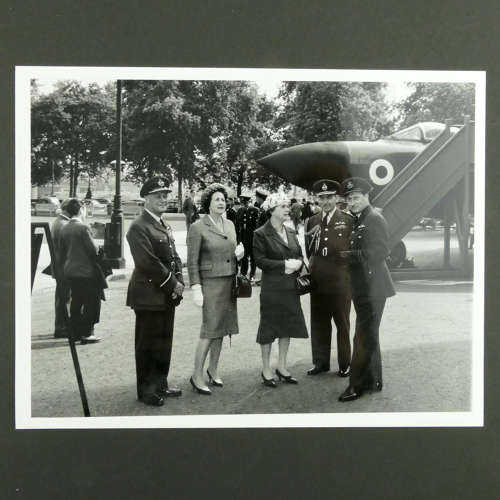