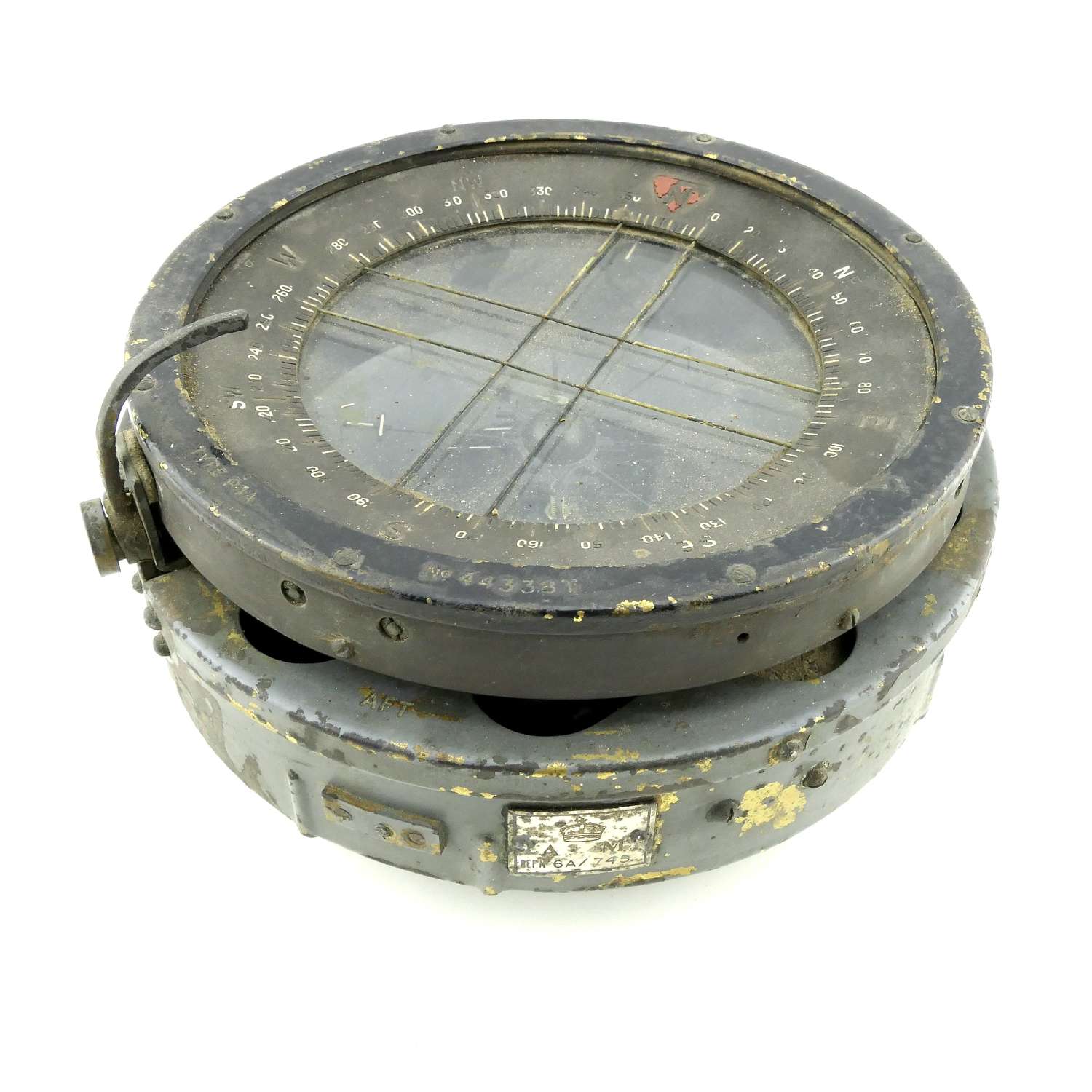 Stores reference 6A/745. Pilots' compass for the setting or reading of the course of the aeroplane.  It consists of a compass bowl resting on anti-vibration mountings in the container, which would be mounted directly on the aeroplane.  A lockable rotating grid ring carrying two parallel wires across its centre is turned by hand to bring the wires parallel to the magnets, and the course is then shown on the scale round the grid ring.  Constructed in painted brass.  The sealed bowl was filled with a mixture of alcohol and distilled water but this has long since evaporated.   Most of the original paint remains but there is considerable scratching, chips and some dents, notably where one of the mounting plates is absent on the base.  Some of the paint appears to have fallen off the rotor wires inside the bowl.  The rotating grid ring also needs freeing up.  Air Ministry marked data/reference plate.  The P-4A was a modification of the P-4 (4 cross rotor wires rather than 2) and used in larger aircraft such as the Lancaster, Wellington, Stirling and Sunderland.  Fair condition only.  We would prefer to sell within the UK to the radium used within these compasses. Stock code M24051. 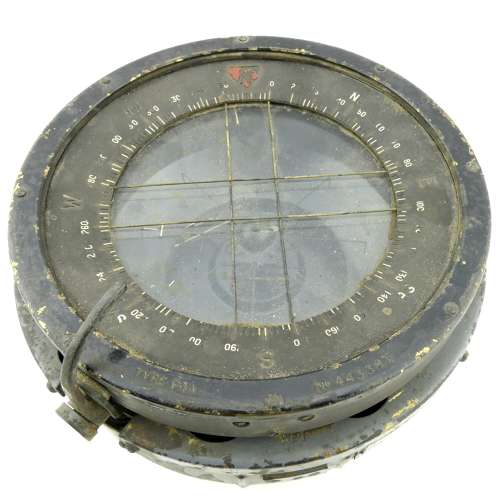 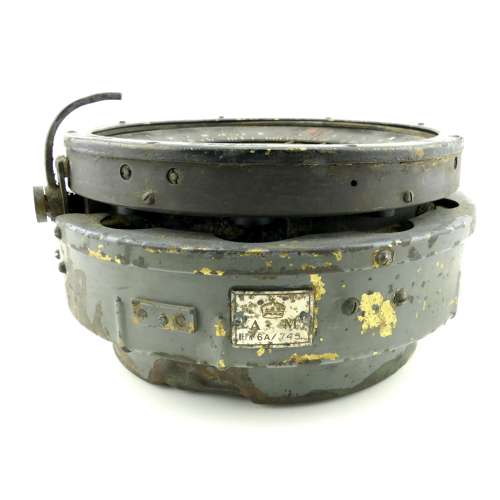 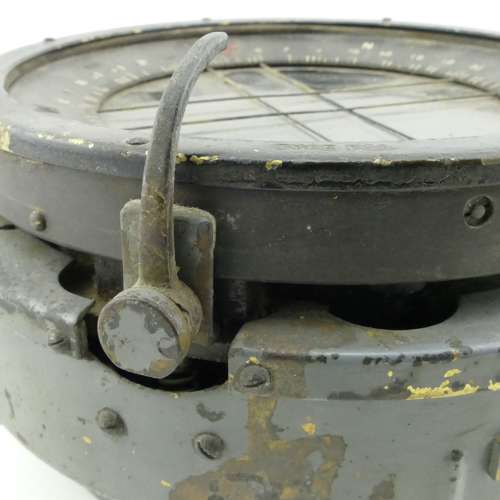 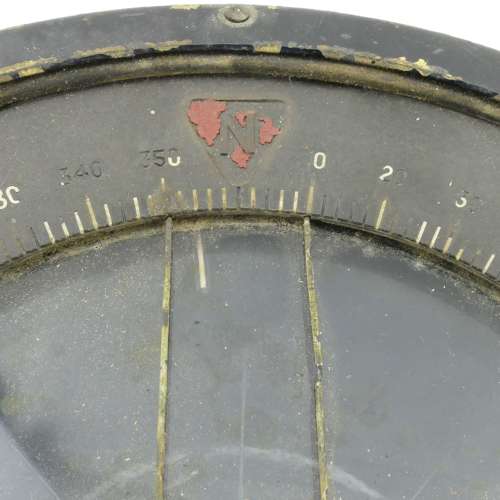 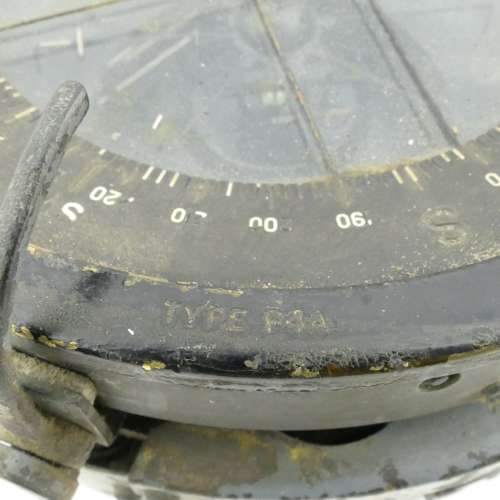 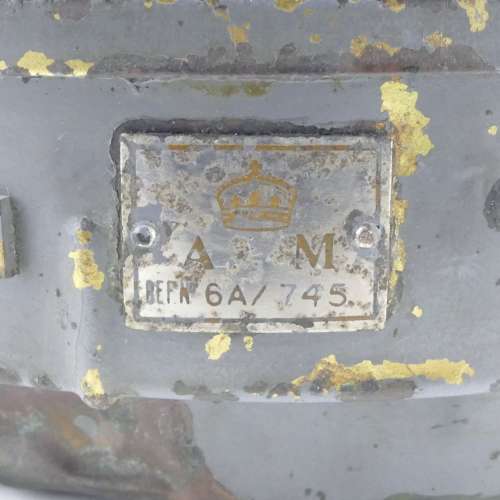 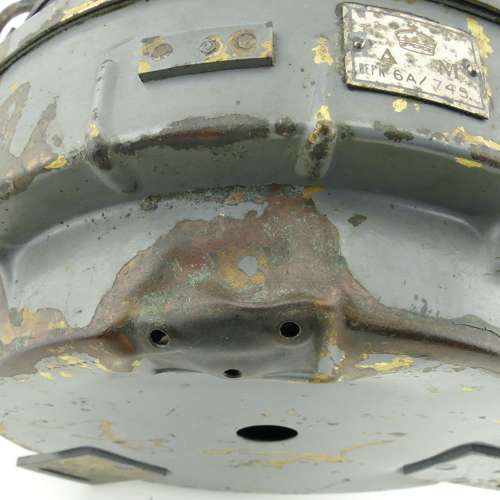 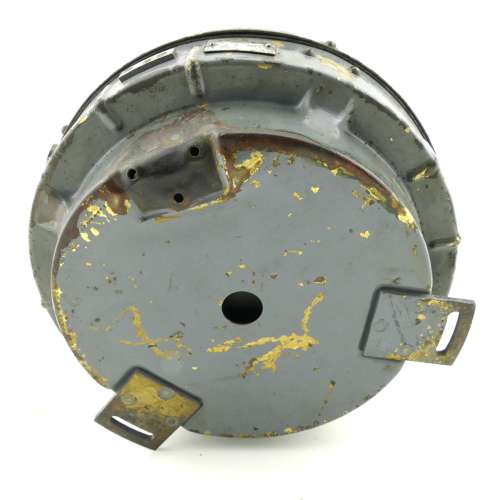