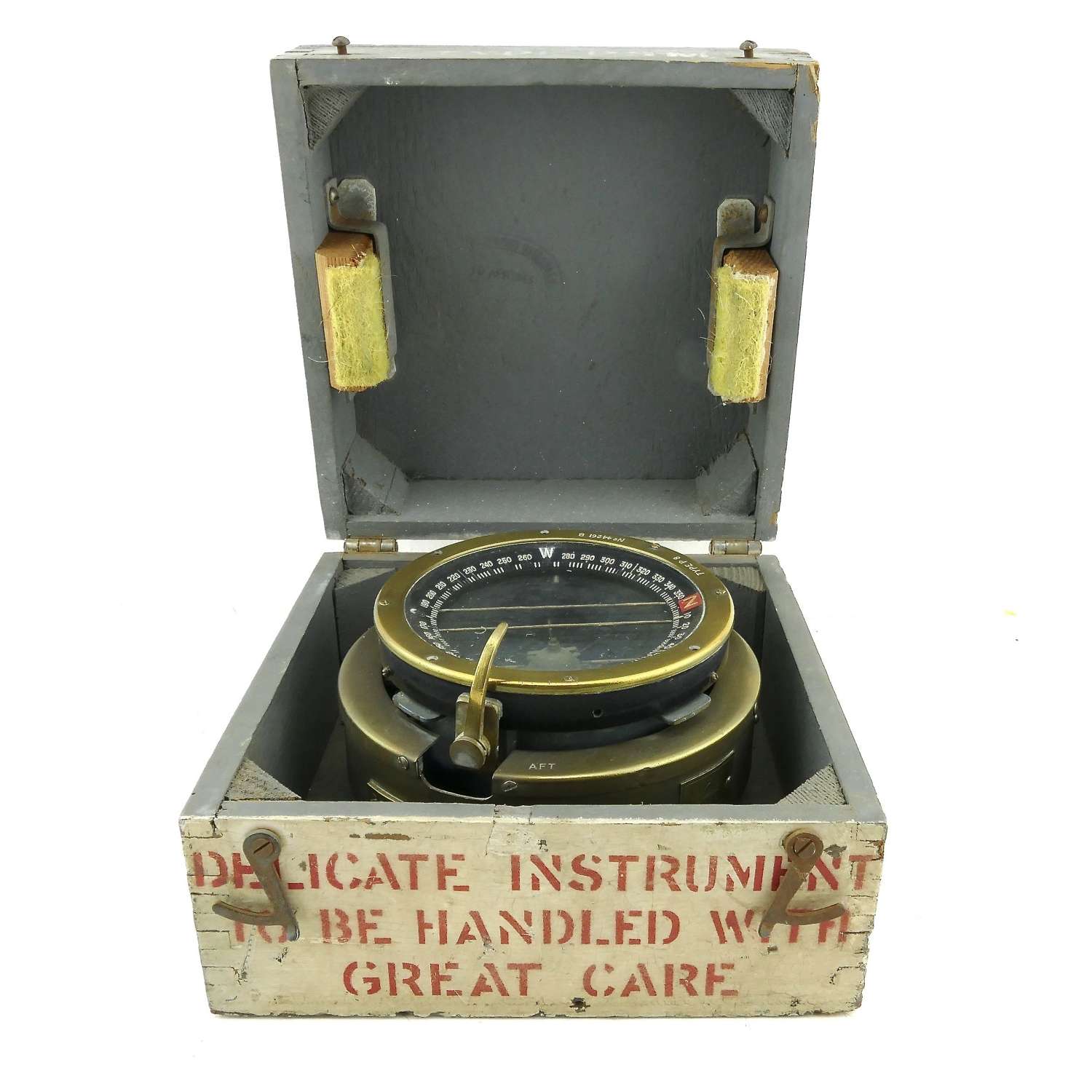 Stores reference 6A/726. Pilots' compass for the setting or reading of the course of the aeroplane.  It consists of a compass bowl resting on anti-vibration mountings in the container, which would be mounted directly on the aeroplane.  A lockable rotating grid ring carrying two parallel wires across its centre is turned by hand to bring the wires parallel to the magnets, and the course is then shown on the scale round the grid ring.  Constructed in painted brass but virtually all of the paint has been carefully/neatly removed.  The sealed bowl was originally filled with a mixture of alcohol and distilled water but this has all evaporated.  The compass works fine anyway but it shouldn't be too difficult to refill if required.  Some of the bezel screws are absent at the top.  The P-8 was fitted in Spitfires and many other wartime fighter aircraft.  Air Ministry King's crown marked data/reference plate. With original wooden transit case having April 1943 inspection date. A good example.  We would prefer to sell within the UK due to radium paint used on these compasses.  Stock code M23486. 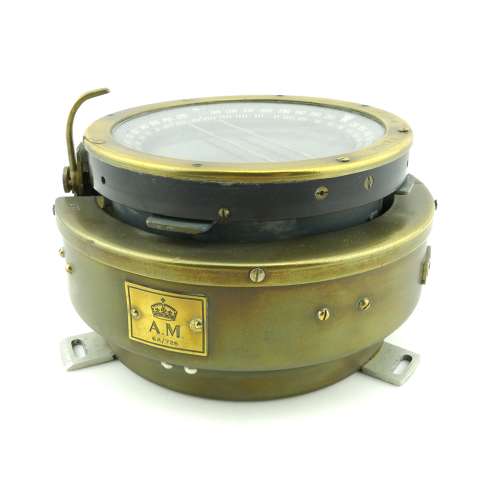 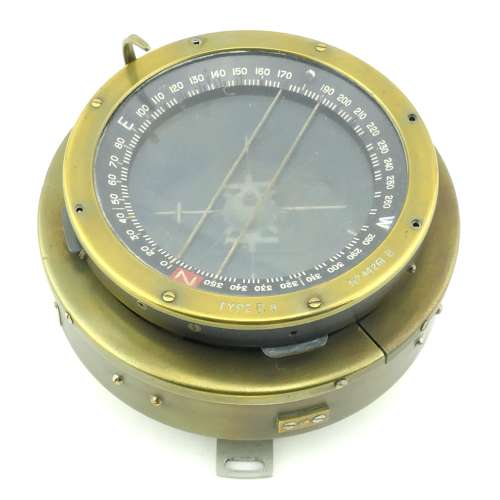 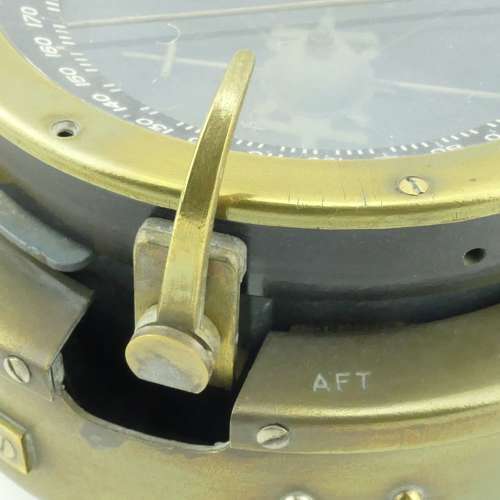 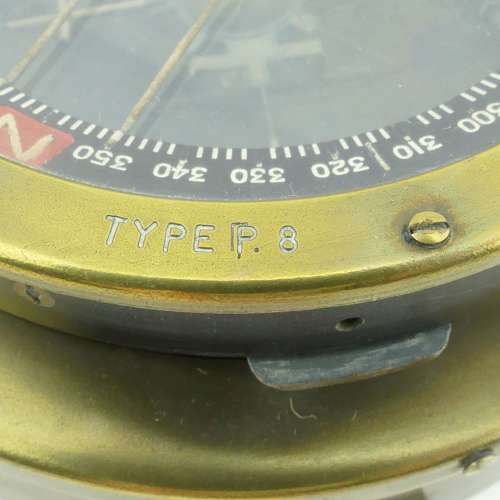 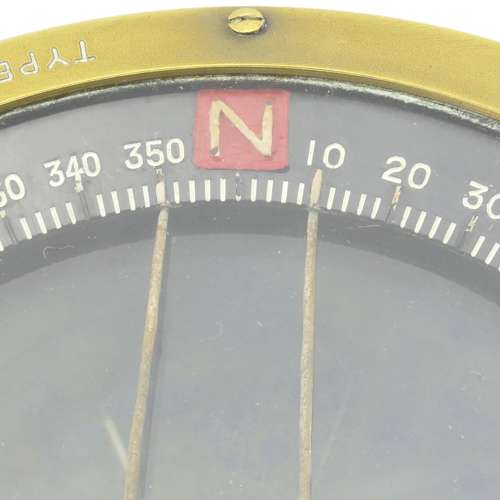 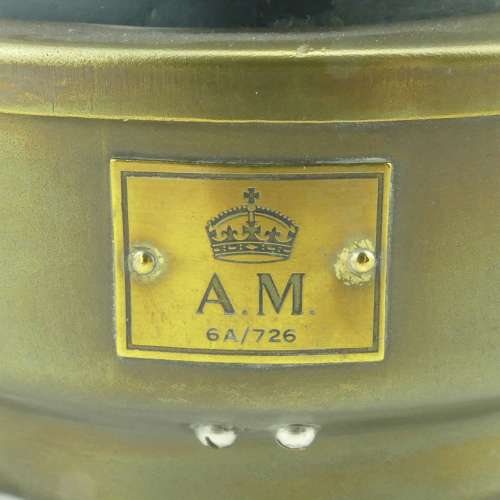 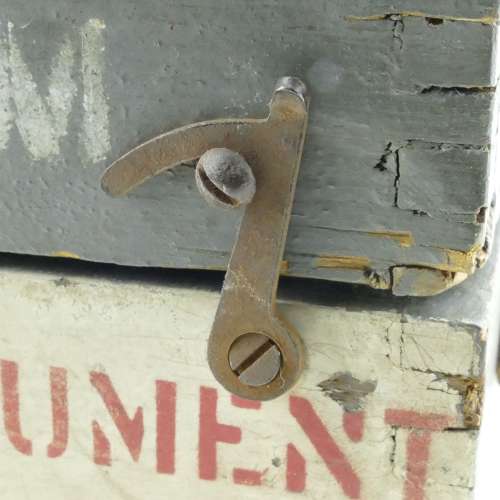 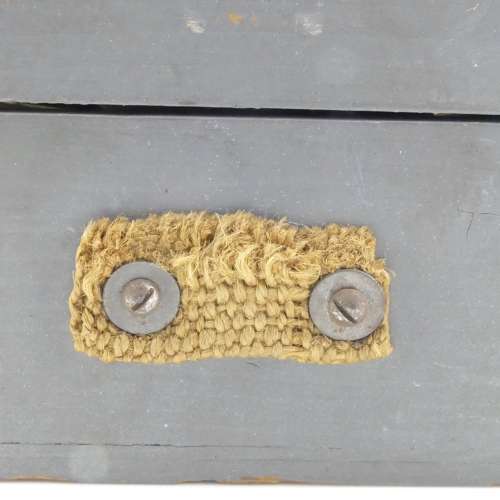 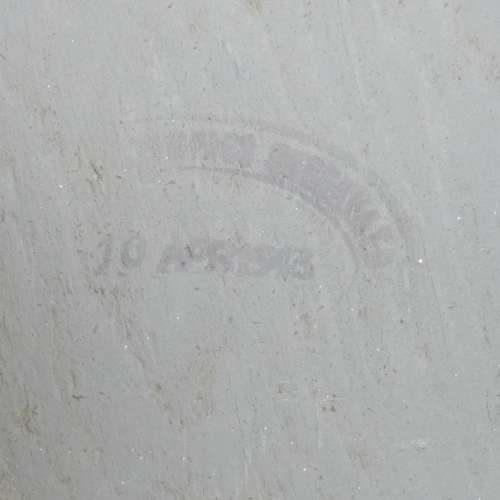