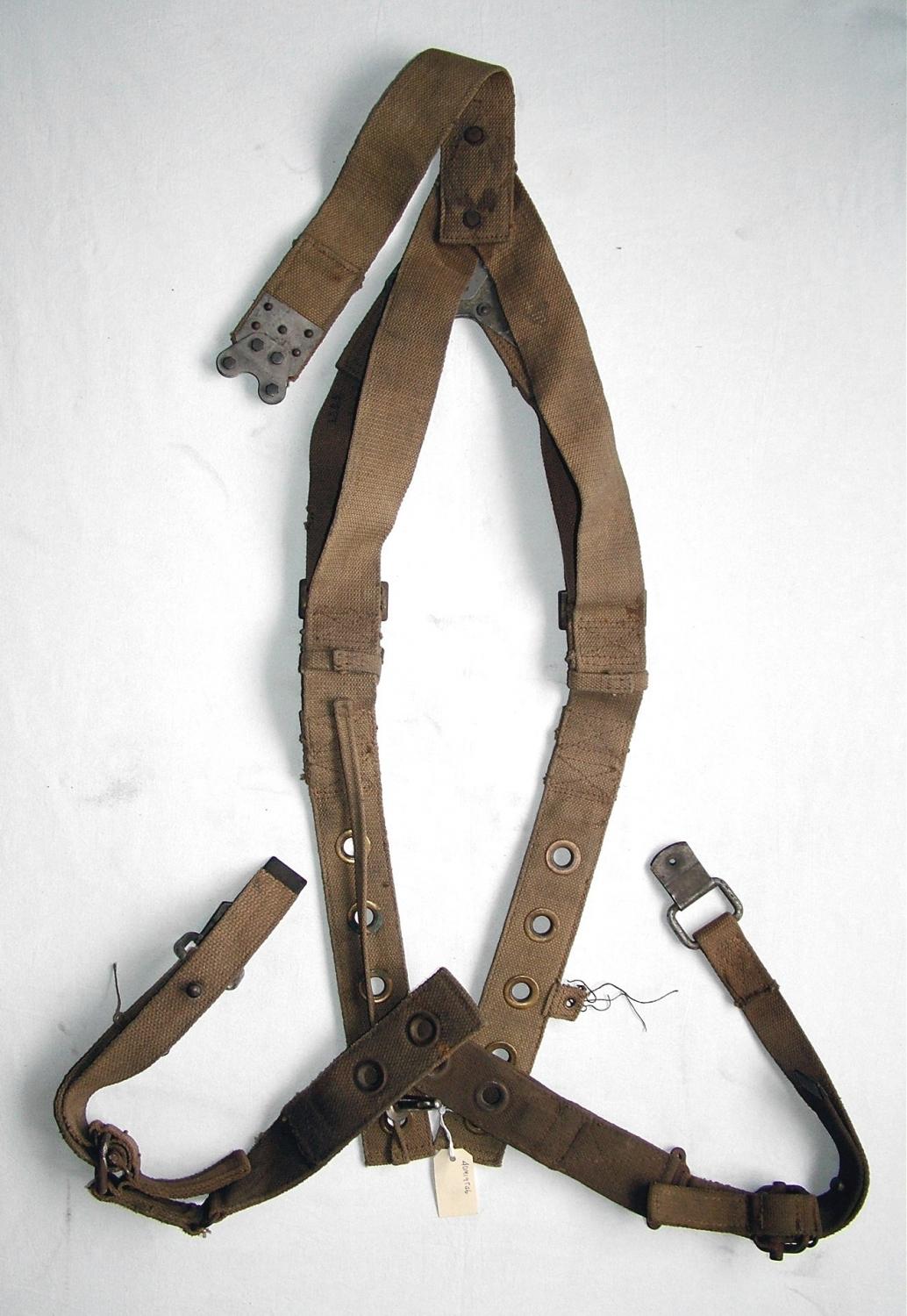 Stores ref. 6F/182 (?). Webbing harness that was used to secure the pilot into the seat of his fighter aircraft. Sutton harnesses were used in many wartime and pre-war aircraft including the Spitfire and Hurricane.

Complete with adjuster straps but lacking the triangular 'pin-release' buckle. Some indistinct markings. Rather grubby but in good used condition overall. This example also includes the rare 'tail' straps from the metal end brackets that actually fastened the airframe/seat. Stock code M19546. 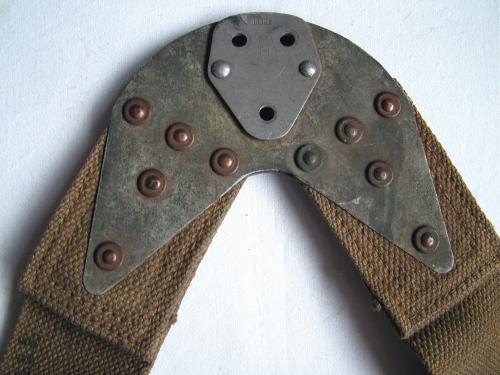 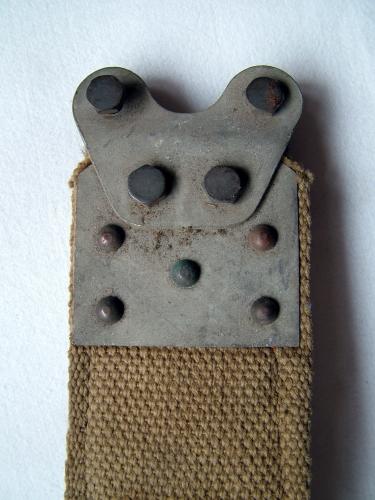 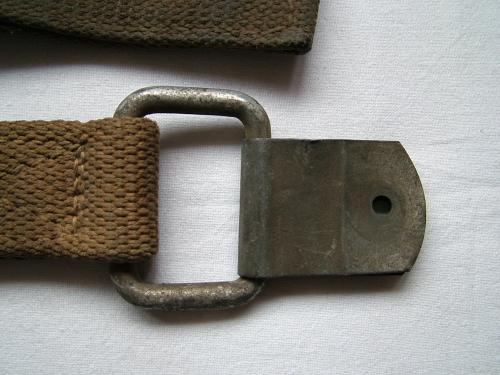 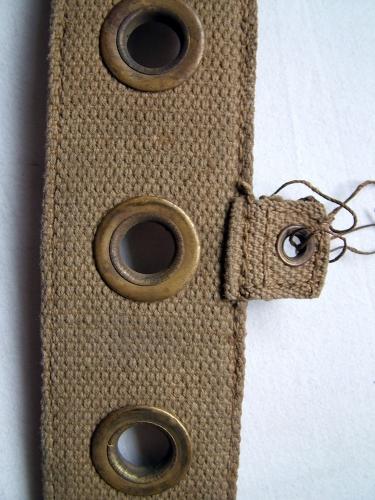 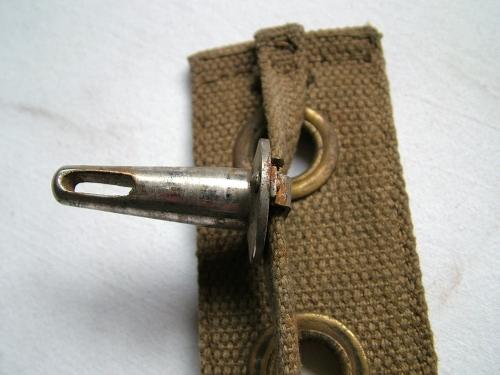 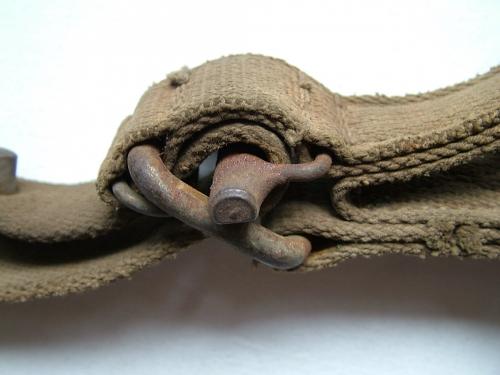