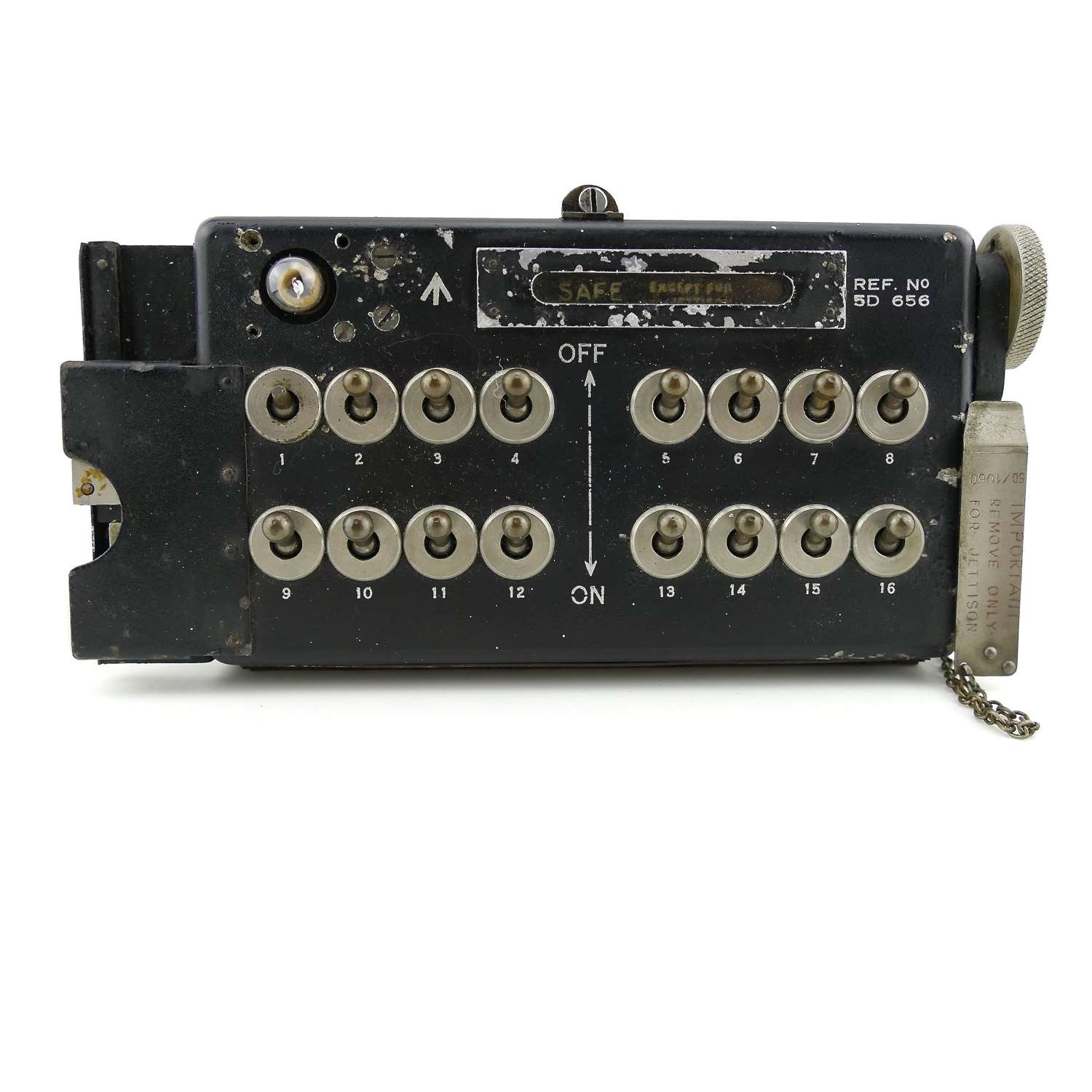 Stores reference 5D/656.   Rectangular metal cased unit approximately 20 x 9.5 x 5.5cm with 16 separate toggle switches and a rotating knob to select between 'SAFE' , 'SINGLE & SALVO', 'DISTRIBUTOR' & 'CONTAINER'.  This formed part of the bomb aimer's panel and was used to select which bombs would fall such that the aircraft remained stable upon their release.  As fitted to the Lancaster bomber and other wartime bomber command aircraft.  Some paint loss, the cover for the bulb indicator is absent and one toggle switch arm has lost its knob. Marked with War department broad arrow, reference numbers and A.I.D. stamp.  Stock code M24049. 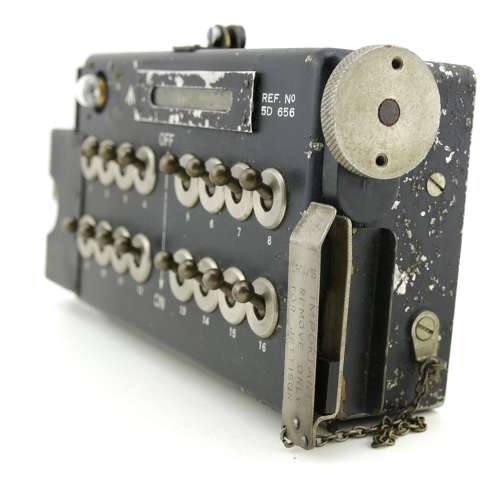 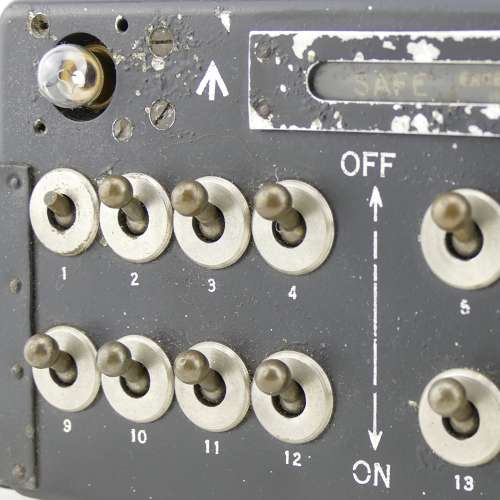 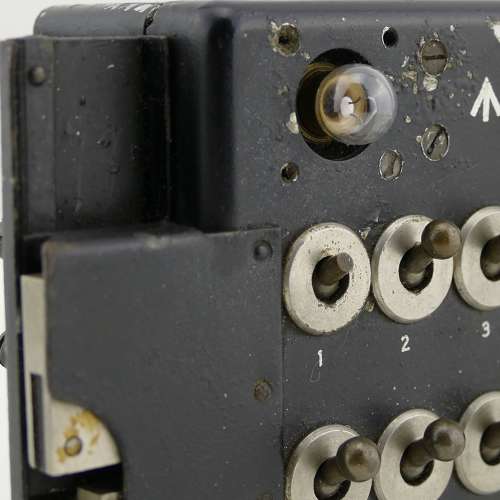 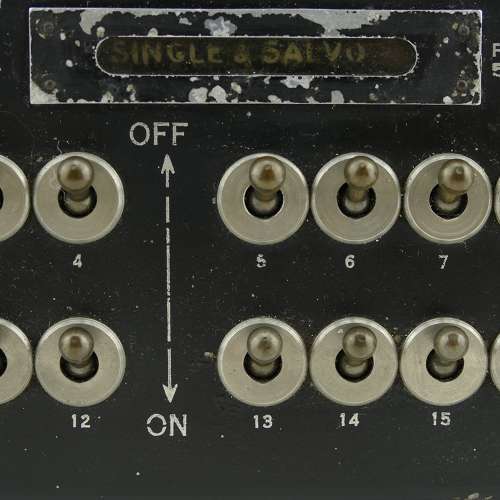 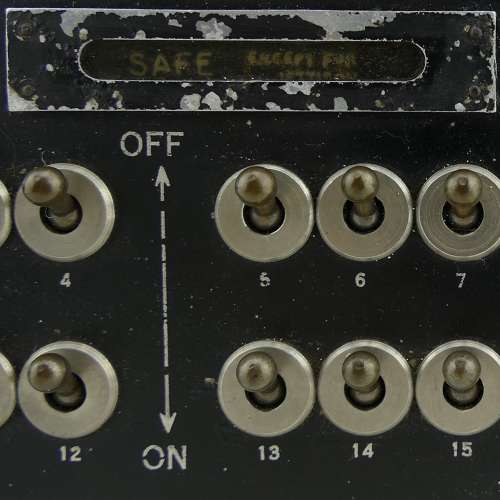 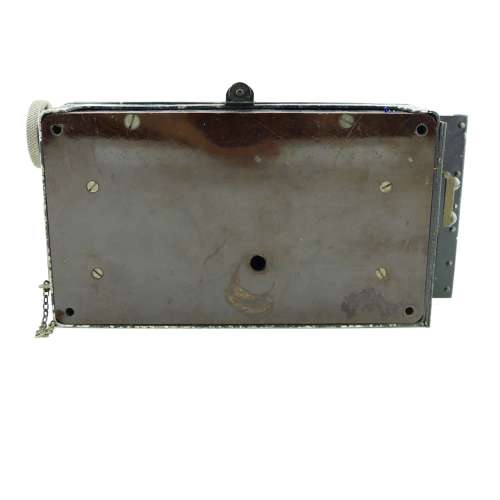