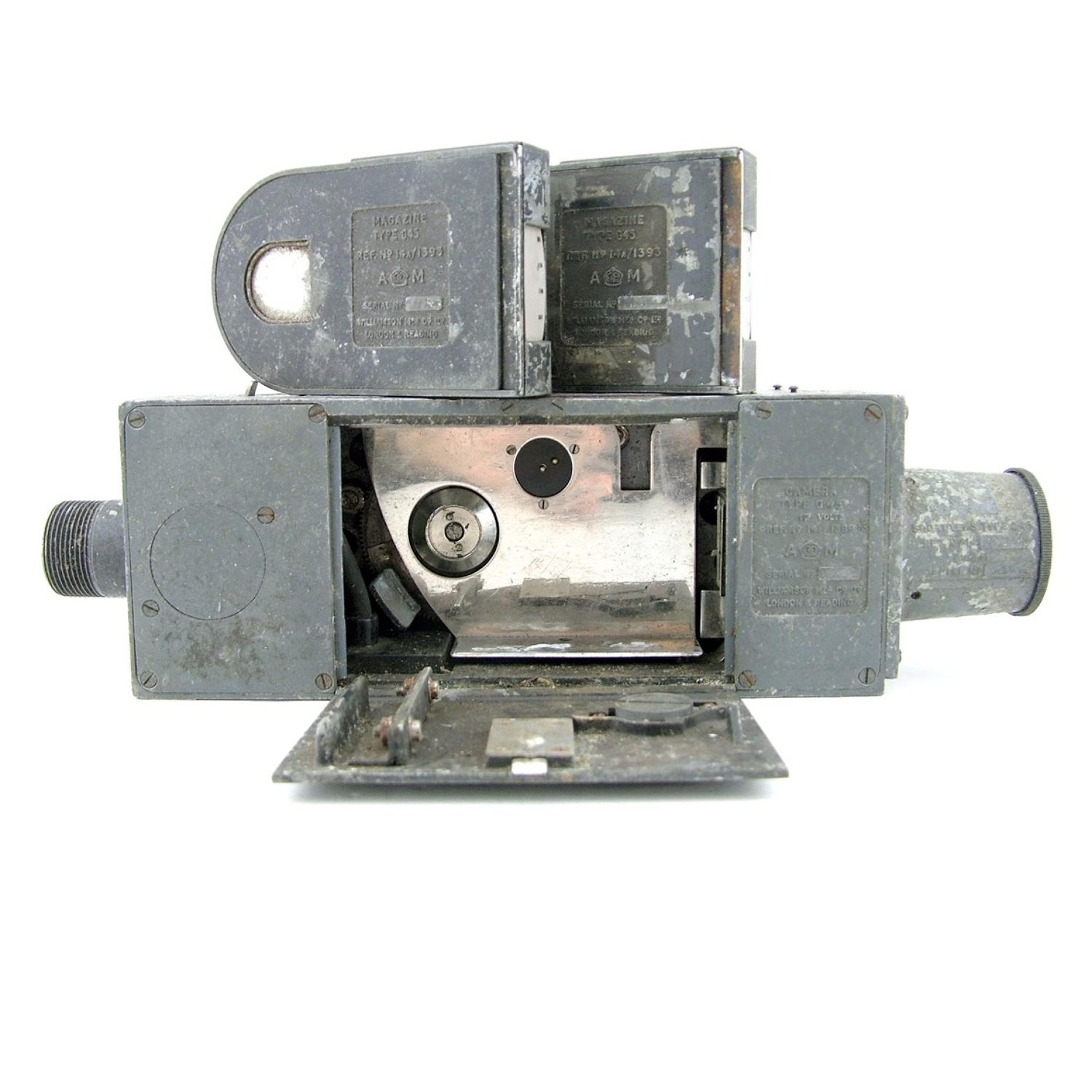 Stores reference 14A/1389.  Type G.45 by Williamson Mfg. Co. Ltd. of London & Reading.  12 volt.  With standard 'short' lens.  These were used throughout WW2 by British fighter units and armament schools.  They used 16mm orthochromic film supplied in 25' lengths with a frame speed of 16, 18 or 20 per second, these corresponding to the firing rates of the Lewis, Vickers 'K' and Browning machine guns.  The cameras were mounted within the wings of many Spitfire and Hurricane fighters.  This example is complete though worn with chipped/scratched paintwork.  It comes with two film cartridges but we do not know if the film has been exposed.  Rather heavy.  Stock code M22873-72. 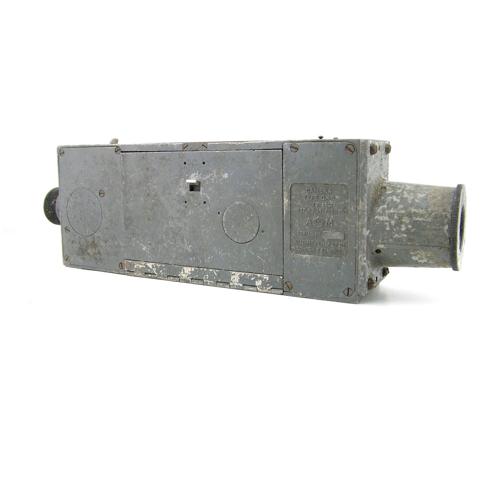 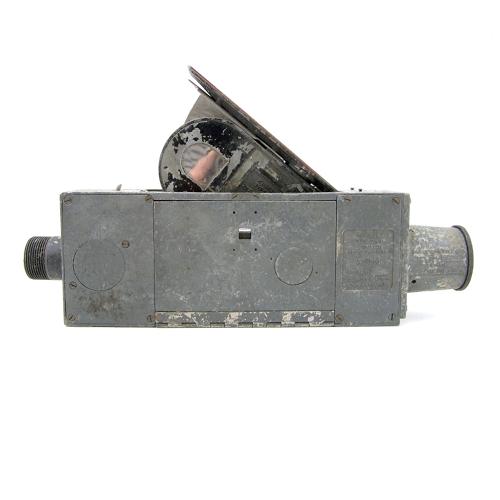 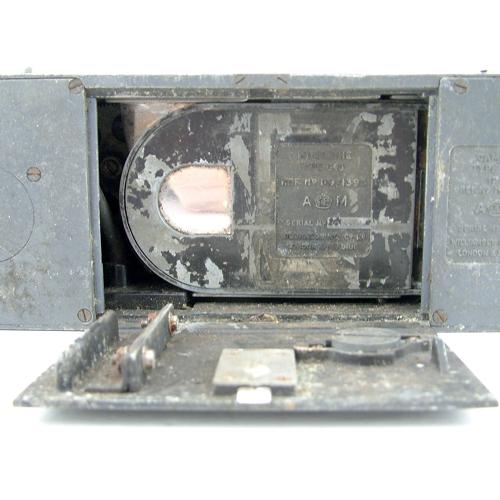 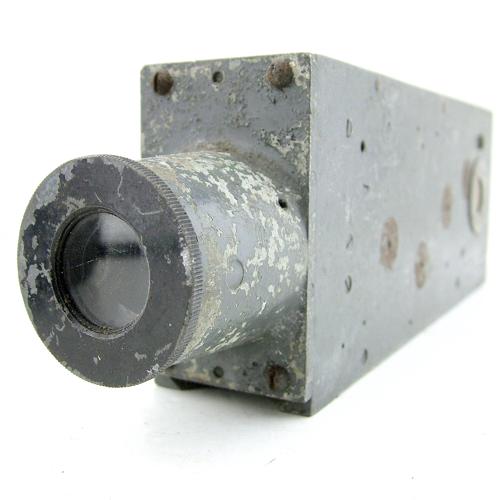 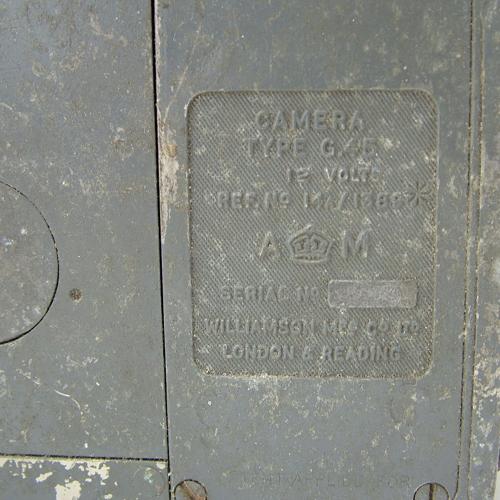