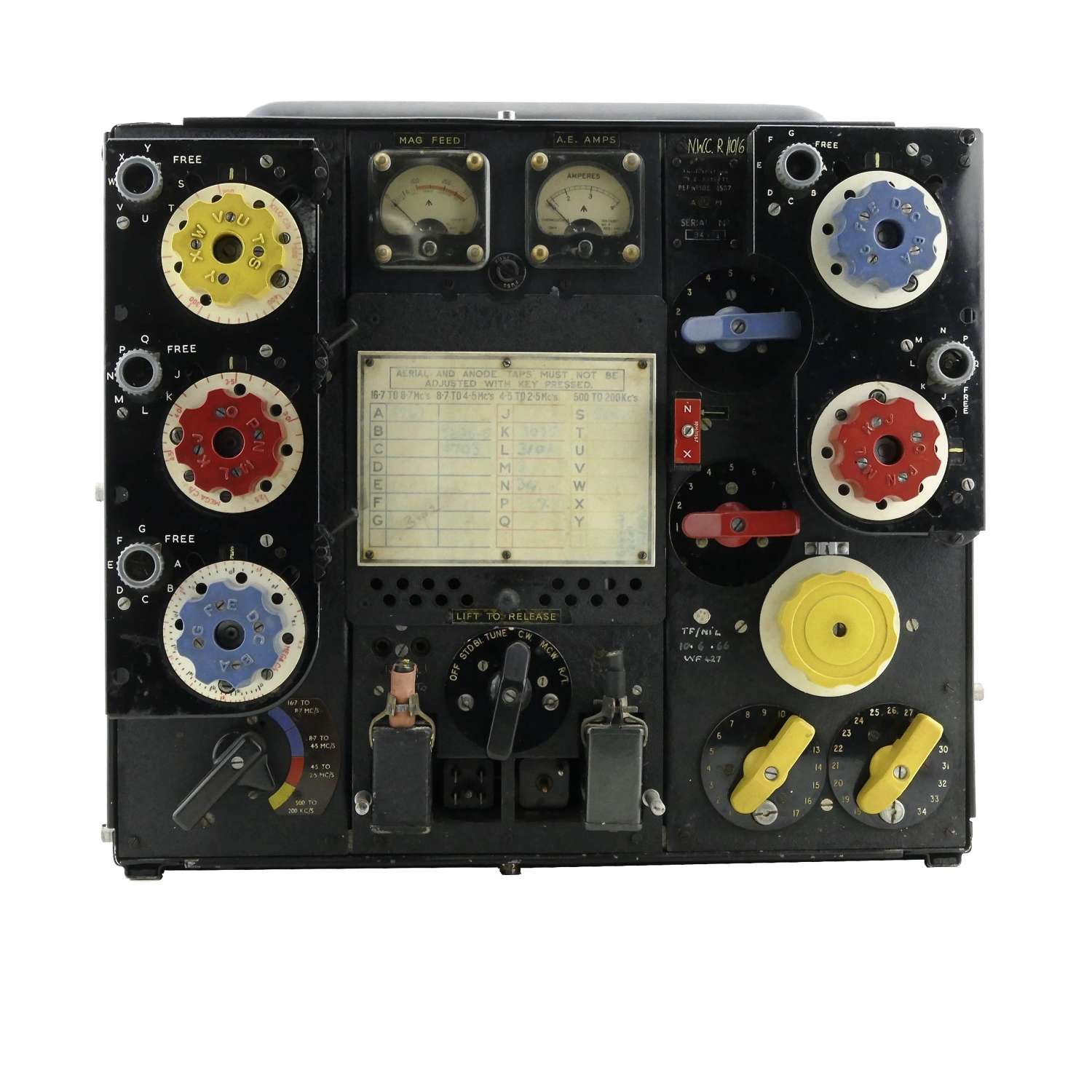 Transmitter Type 1154M.  Stores reference 10D/1587.  Classic transmitter used in various wartime bombers including the Lancaster, Halifax, Stirling and Wellington for both air to air and air to ground communication.  No less than 13 variants of the T1154 were produced with differing chassis and case materials and operating on different frequency ranges. This steel cased 'M' is a later war model for bombers (some other types were used in ground stations and high speed launches).  It is a four waveband unit operating at 500 - 200 khz, 2.5 - 4.5mhz, 4.5 - 8.7mhz and 8.7 - 16.7mhz with an output of 50 - 80 watts.  Powered by two rotary power units (not included), the transmitter was continuously tuneable but also had the facility of being set up prior to flight on several pre-set frequencies that could be swiftly selected.  It appears to be complete and in very good order.  Internally, there are no obvious missing parts or damage but I am no expert on these so please study the photographs carefully. The T1154 was normally paired with the R1155 receiver and connections between the two were made using cables fitted with 8-way 'Jones' plugs. Connections to the power supplies are made with similar cables/plugs. In addition the morse key and transmit switch are connected to the T1154 via a 4-way 'Jones' plug.  This unit has 2 x 8-way 'Jones' plugs attached and comes with a spare. This is an impressive and imposing piece that would enhance any collection and would look great in a diorama with a dressed mannequin.  Alternatively it may be possible to recommission it and get it working but do consult a qualified electrician before doing so.  Quite large and extremely heavy at around 26kg unpacked. Collection is preferred but we can pack/despatch worldwide.  Shipping costs given are as accurate as possible but could be subject to change when the item is packed.  Stock code M24224. 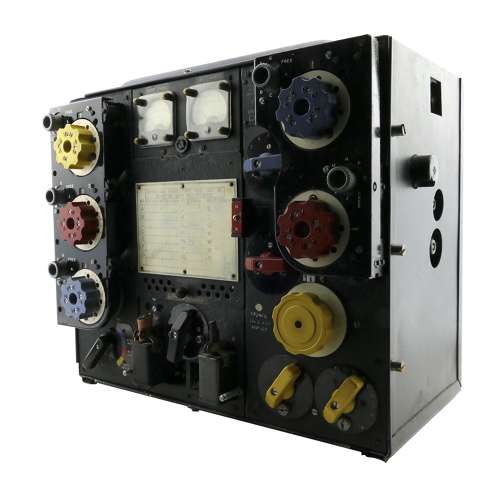 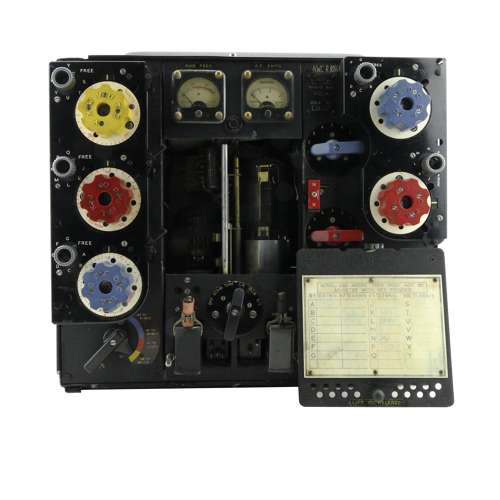 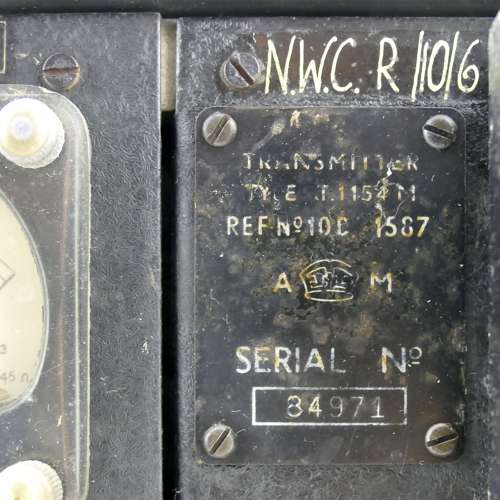 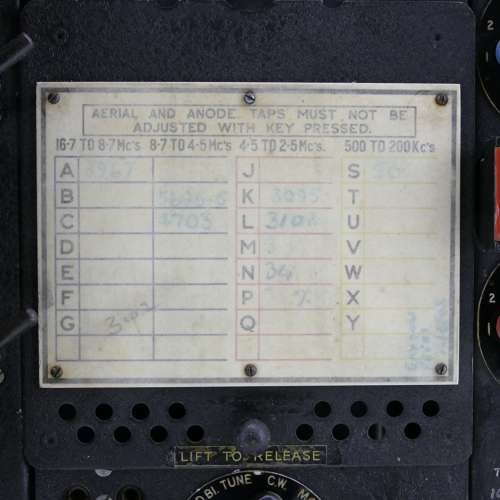 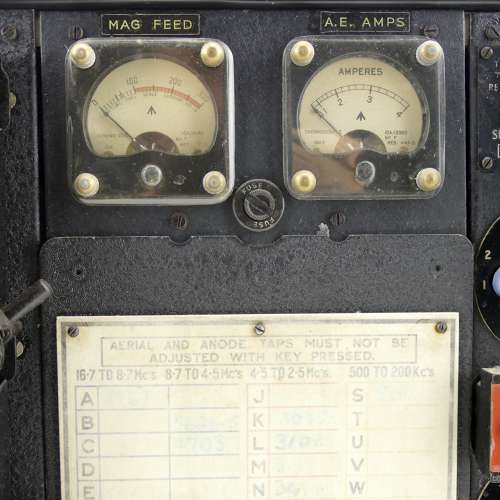 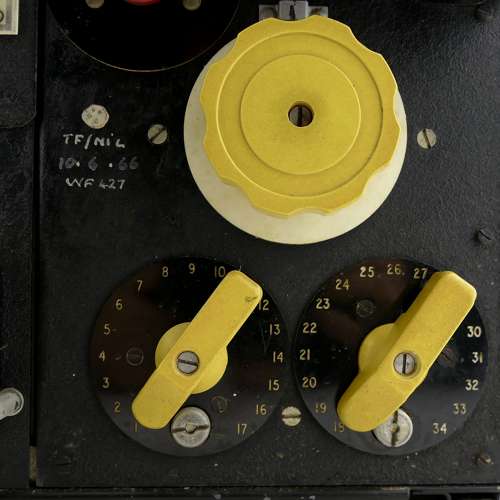 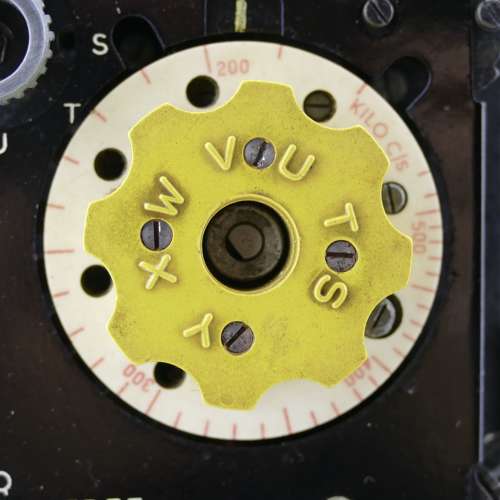 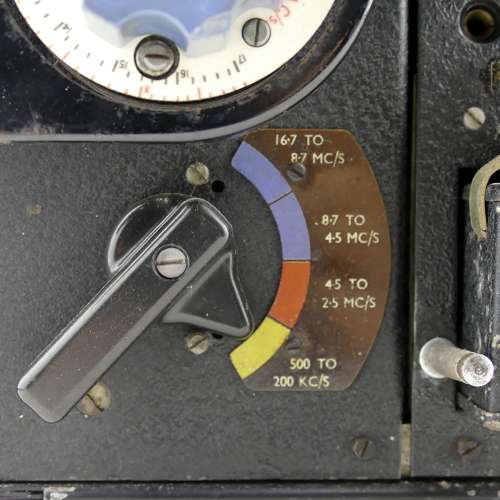 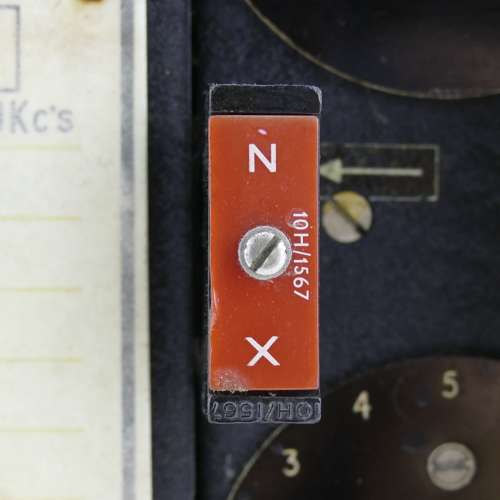 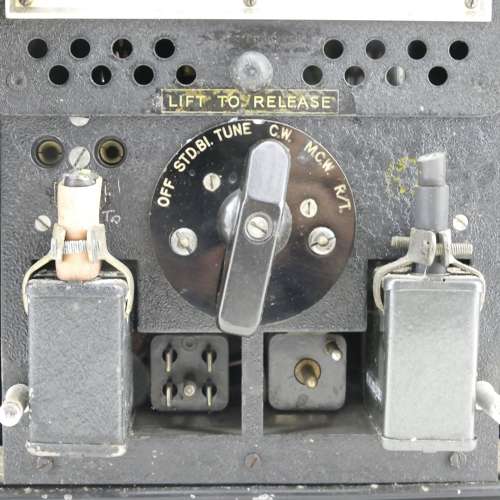 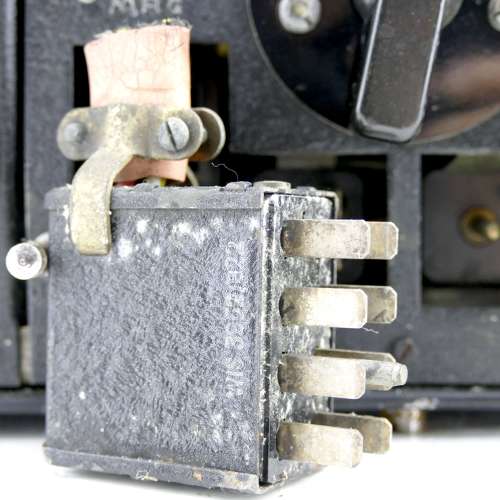 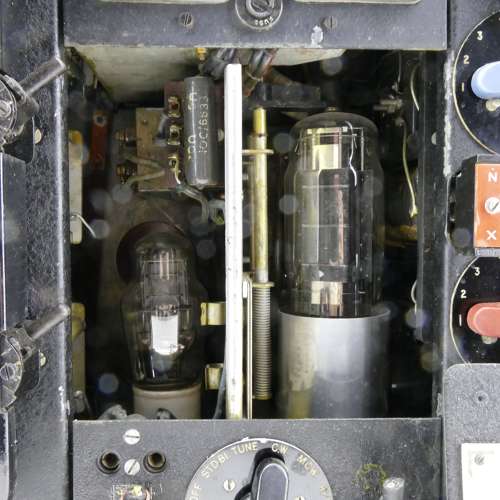 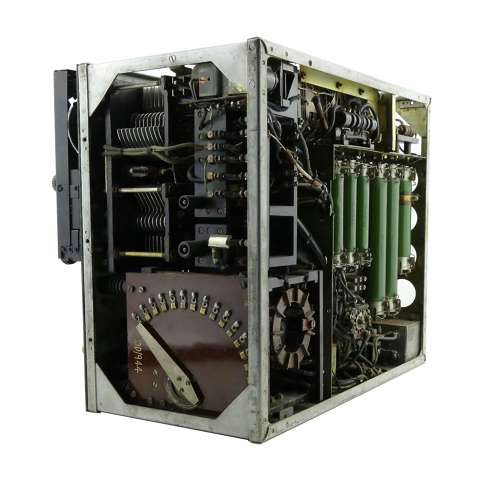 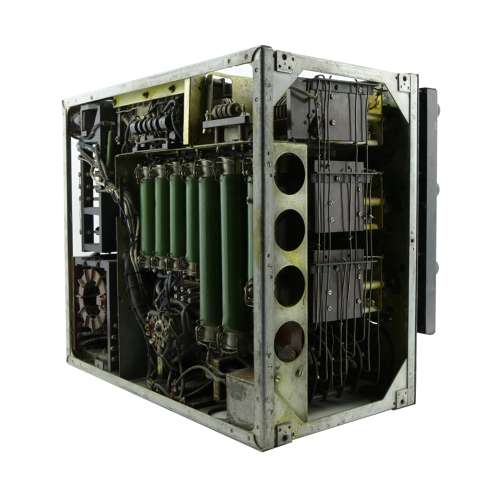 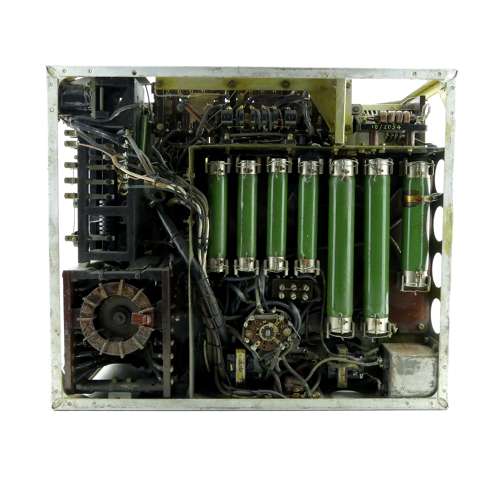 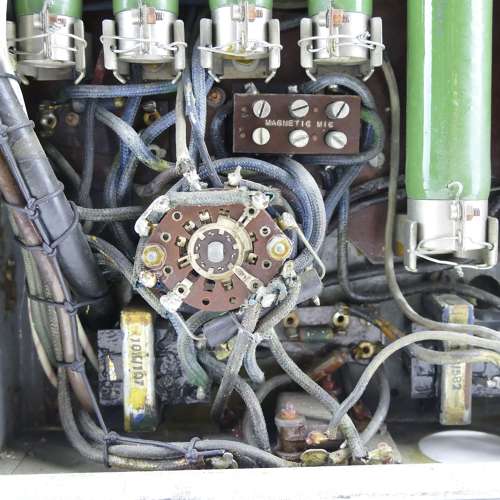 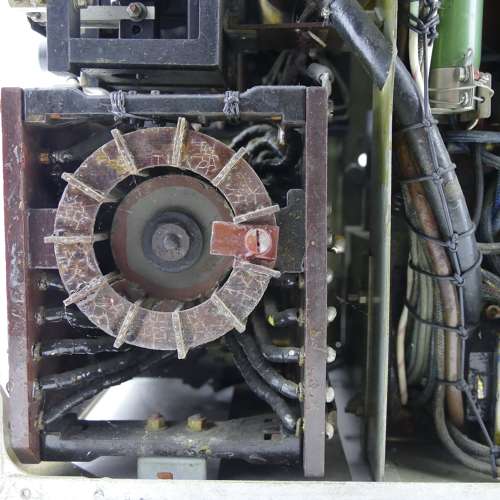 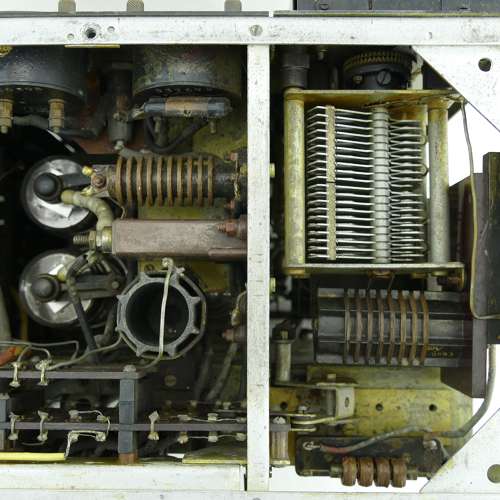 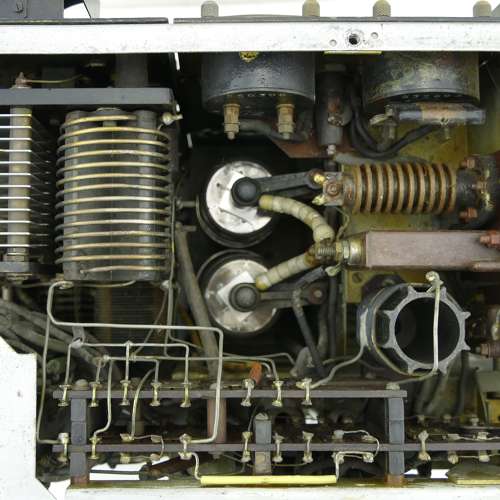 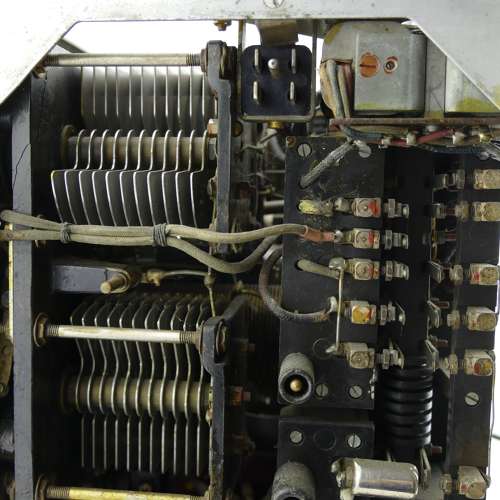 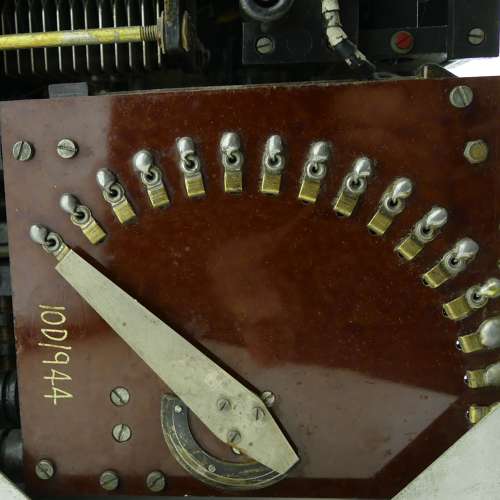 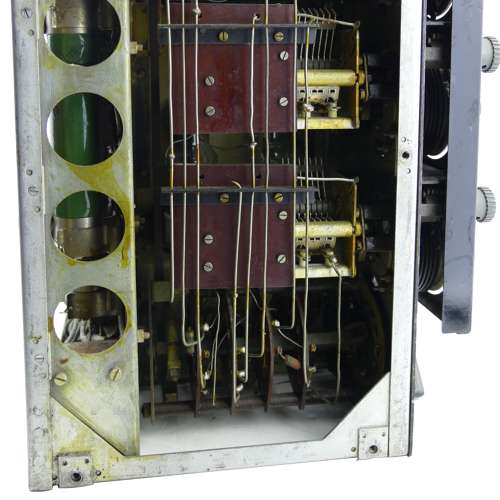 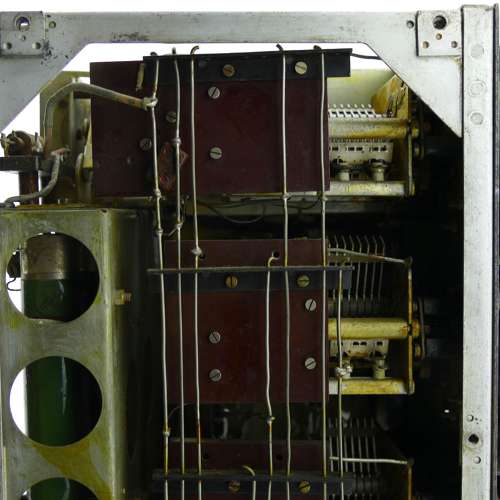