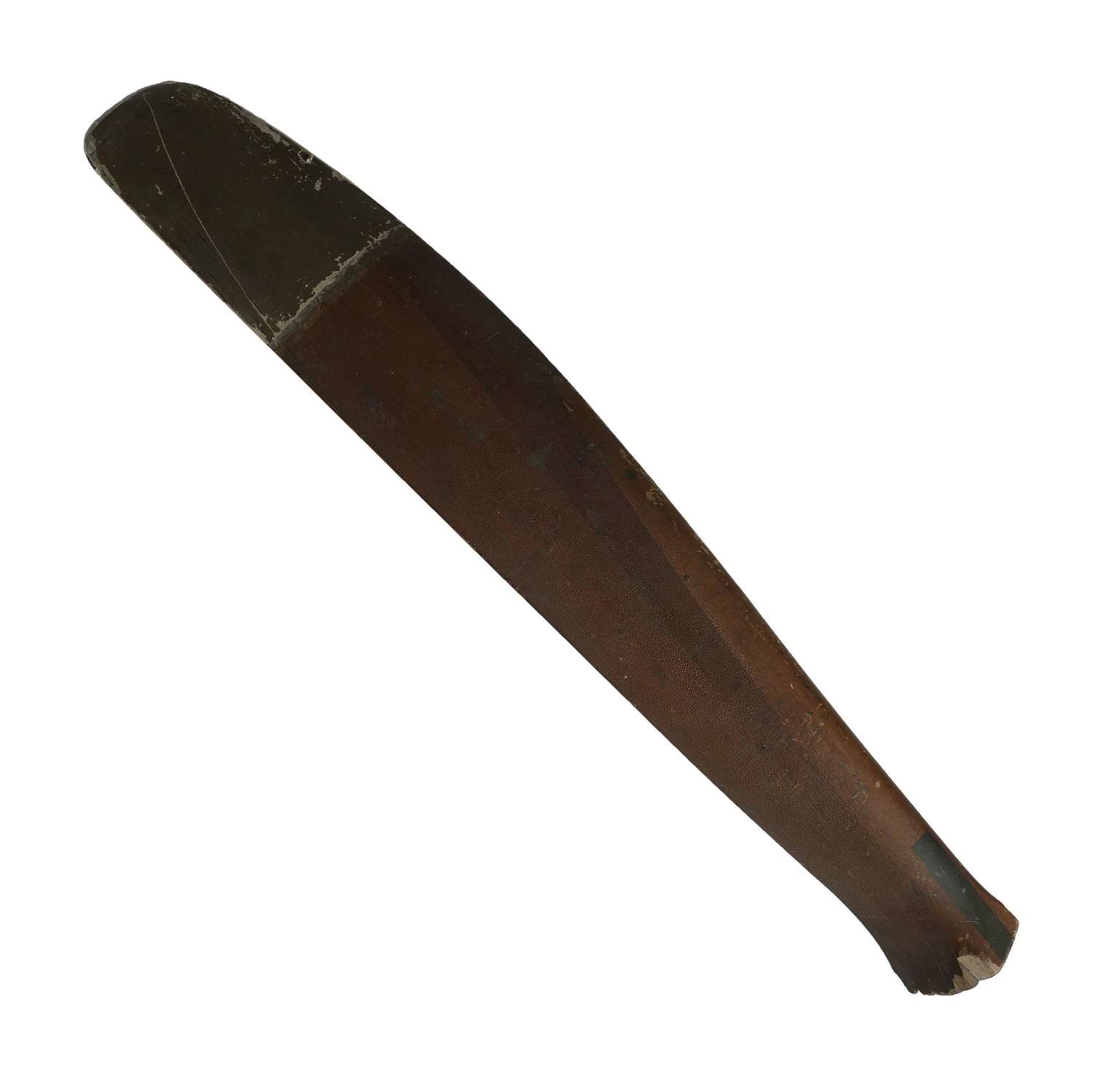 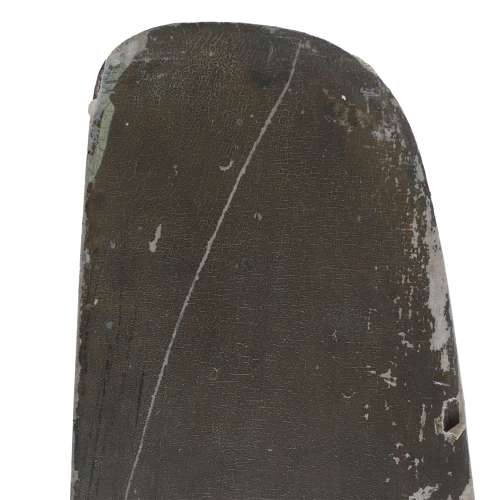 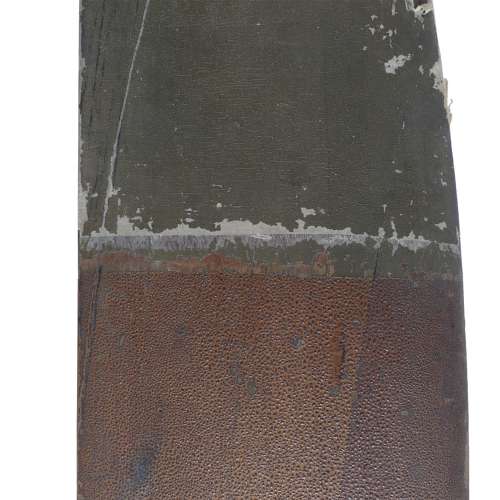 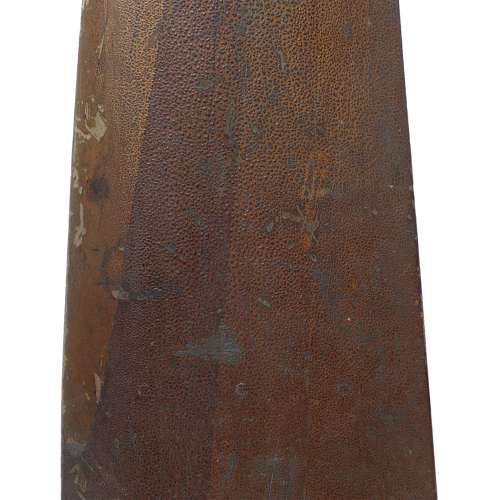 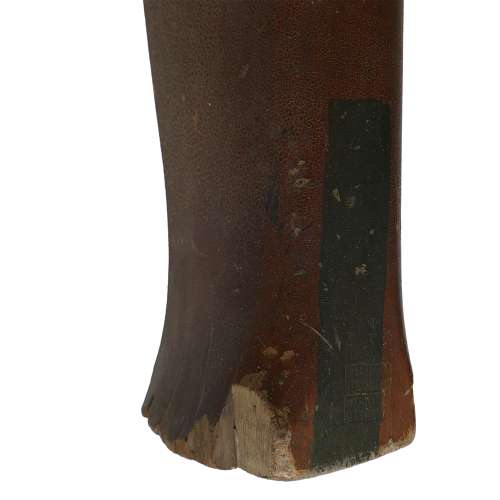 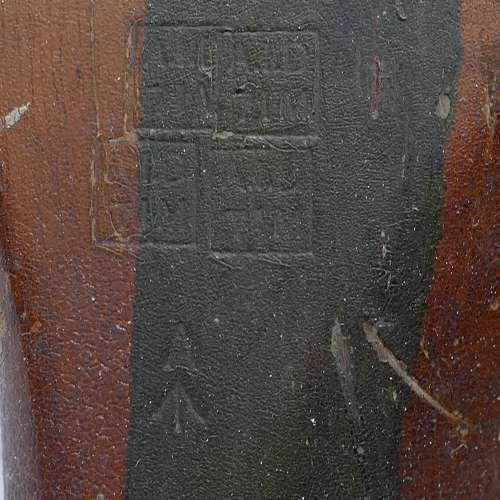 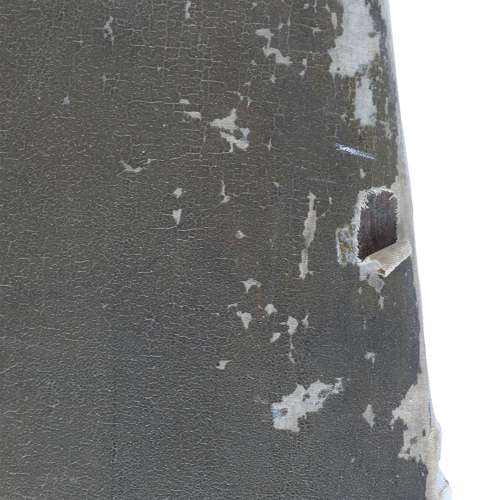 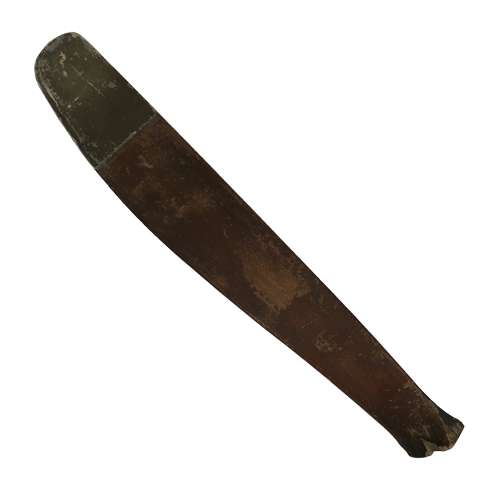 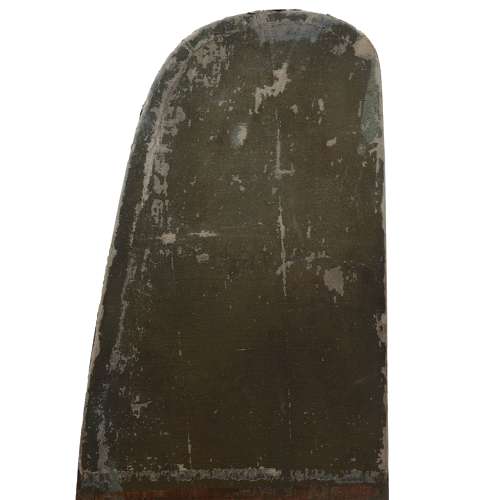 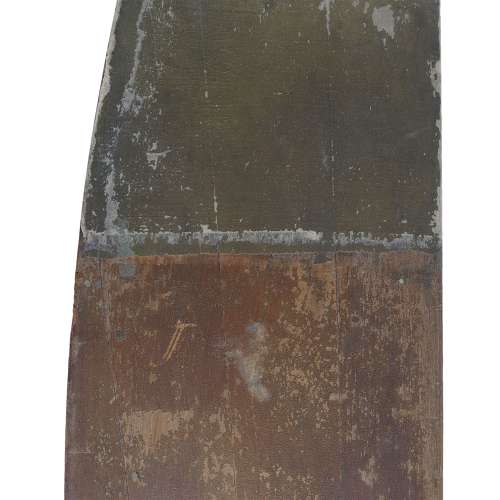 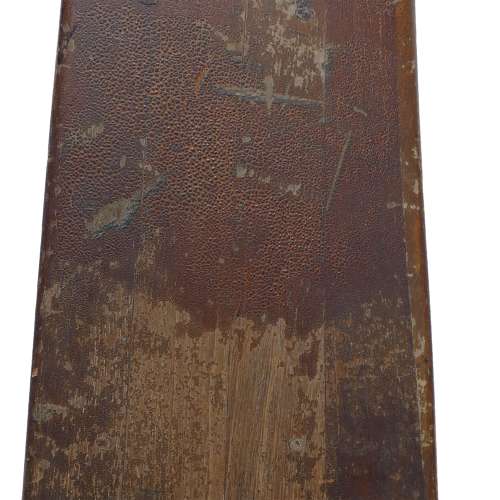 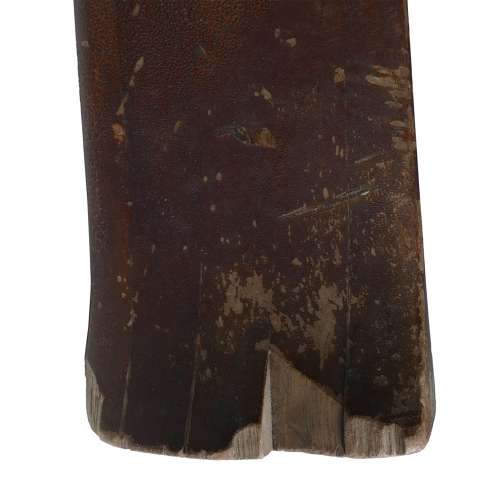 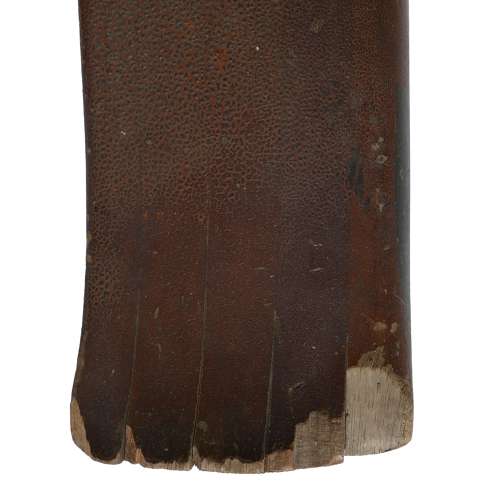 WW1 period RFC 'used' airscrew (propeller) blade.  We believe this is from a 4-bladed version as used on the Royal Aircraft Factory designed 2-seater B.E.2 biplane.  Early versions of the B.E.2 entered squadron service with the Royal Flying Corps in 1912 and the aircraft continued in service throughout the Great War,  initially as a front-line reconnaissance aircraft and light bomber.  Modified as a single seater it proved effective as a night fighter.  What we have is a single blade, cut from the hub.  It measures approximately 127cm / 50" in length and about 20cm / 8" at the widest point.  Manufactured from laminated wood, it appears to have been varnished, with the tip covered in olive drab coloured linen.  A green painted strip close the root is stamped with the British War Department broad arrow with the letter 'A' above denoting RFC period/use and  'A.I.D. 74M'.  This is repeated four times.  The blade is in good solid condition but there is loss of varnish, and much of the remaining finish has bubbled.  Most of the fabric covered tip remains but it shows wear, notably around the edges.  A great display piece for your collection room.  Not too heavy but this will be awkward to post.  Stock code M24064.