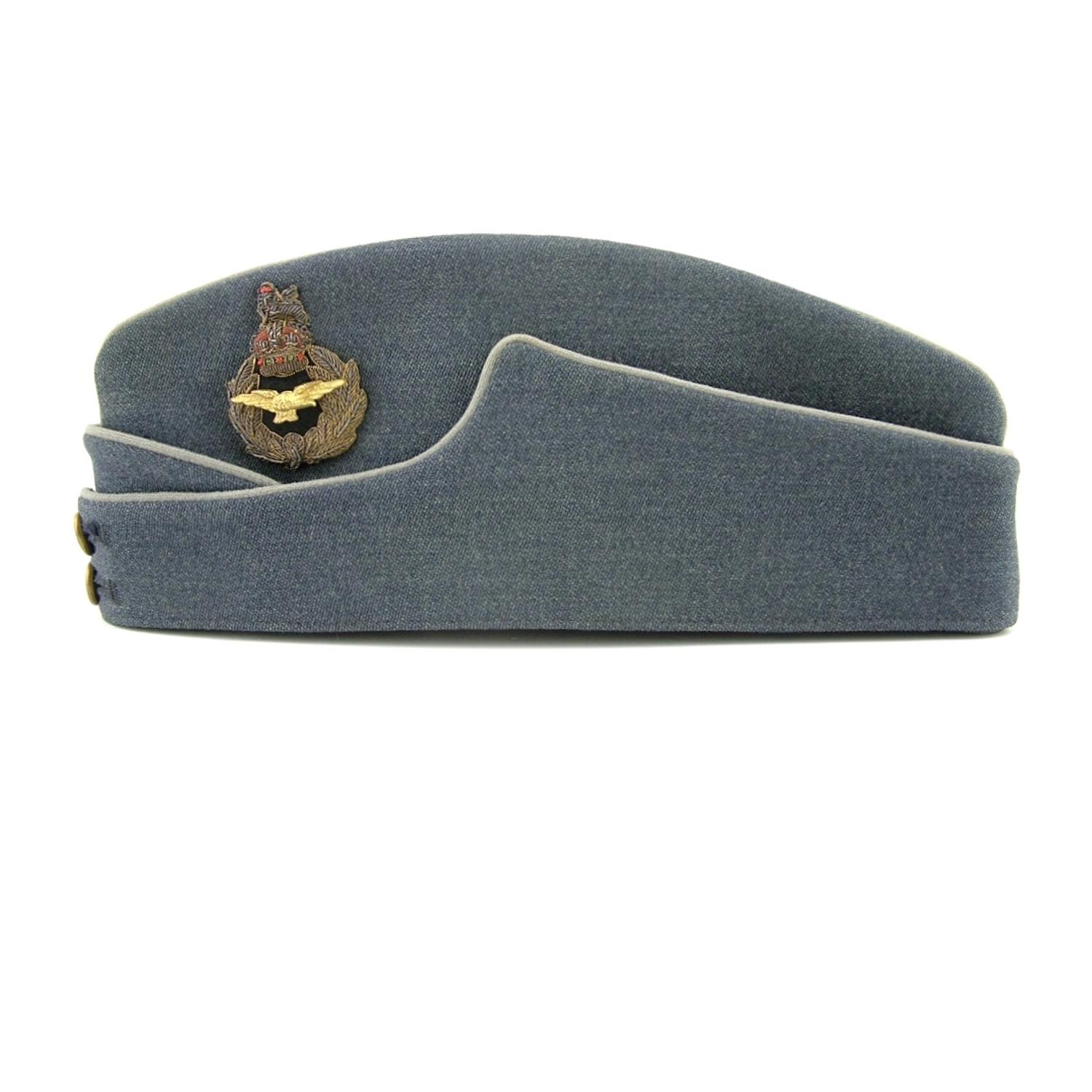 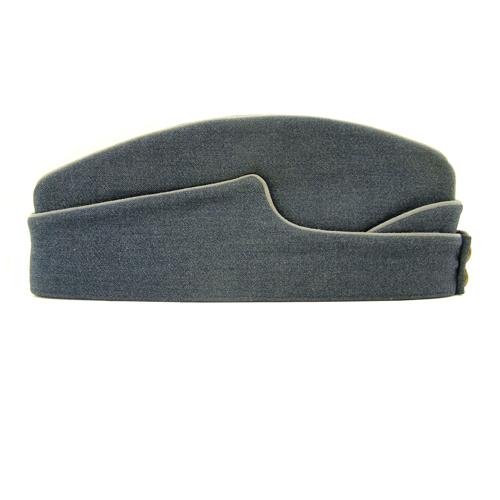 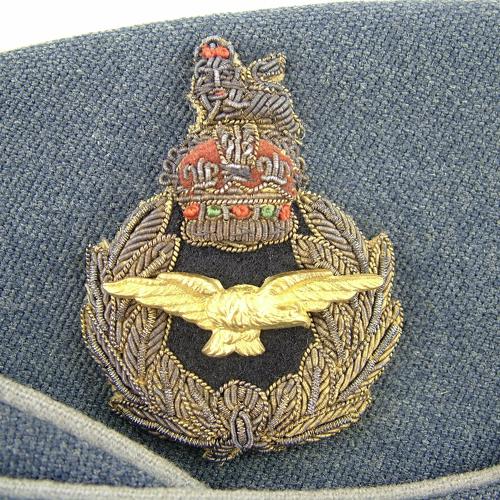 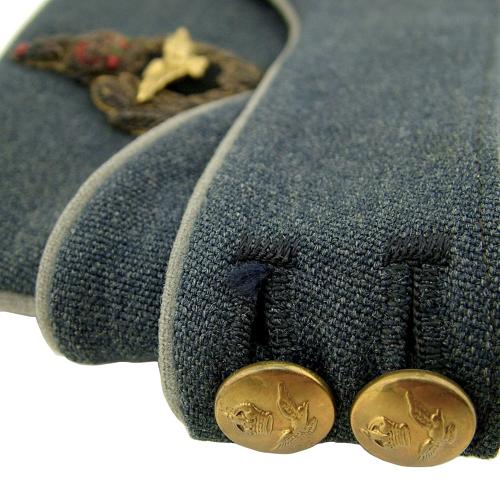 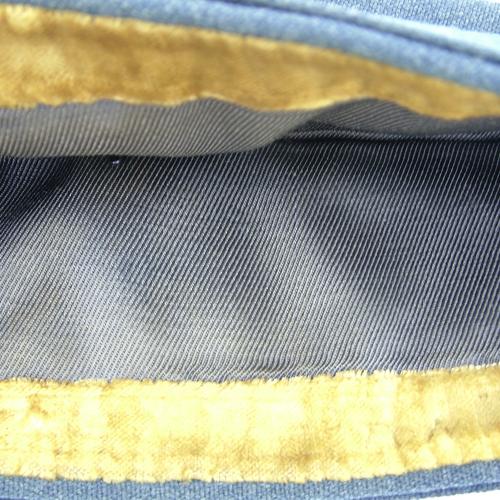 Unlabelled.  Size unknown but has an internal length of approximately 26.5cm.  Fine barathea cloth sidecap with pale blue-grey piping and brass King's crown buttons.  Special 'Air officers' cap badge with bullion wreath, brass eagle and King's crown surmounted with a bullion lion.  Blue-grey satin lining with light tan velvet trim.  The cap is damage and moth free, quite clean although a little faded.  Very faintly named on the velvet trim.  These 'Air Rank'  field service caps were introduced by Air Ministry Order (AMO) A142/40 (1940) and are rare and highly sought after.  This example belonged to Air Chief Marshall Edmund Cuthbert Hudleston KCB, GCB, ADC who was born in Kalgoorlie, Western Australia.  Rather than joining the RAAF he entered the Royal Air Force in 1927 and spent 3 years as a flying instructor at Cranwell.  Later he was Group armament officer in support of operations on the North West Frontier and mentioned in despatches.  In 1941 he was part of the Air Staff, HQ Middle Eastern Command.  During the war he was one of the few senior officers permitted to read top secret signals (ULTRA) emanating from the breaking of the German Enigma system.  He was seconded to the Turkish Air Force and in 1944  was promoted to Air Vice Marshall as head of 84 Group, 2nd Allied Tactical Air Force in Europe.  After the war he was eventually made Vice Chief of the Air Staff.  Hudleston died in December 1994.  A lovely rare cap that displays very well.  Stock code U22577.