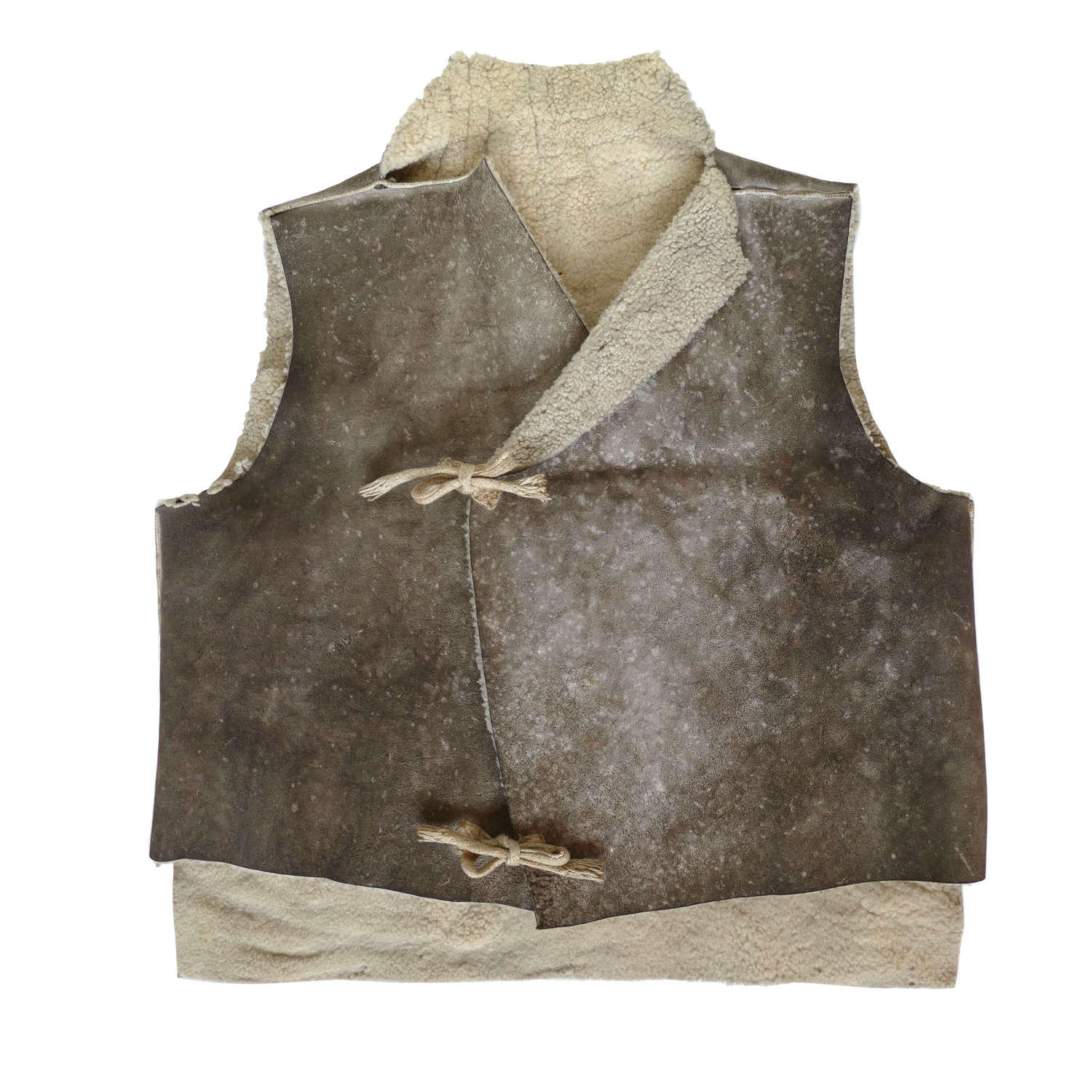 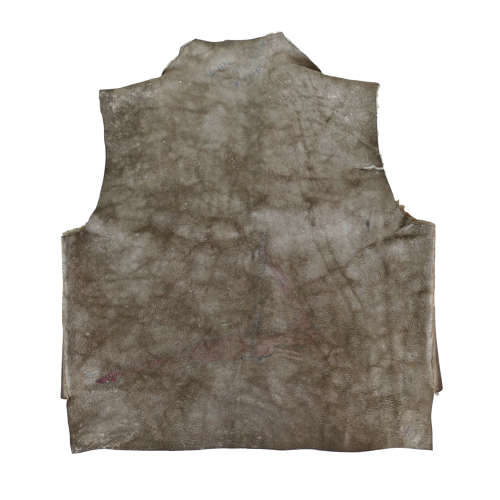 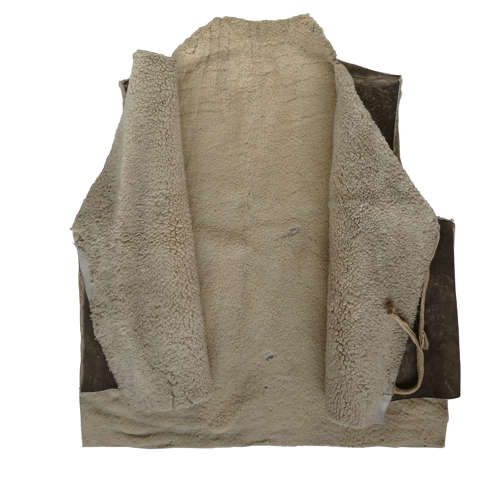 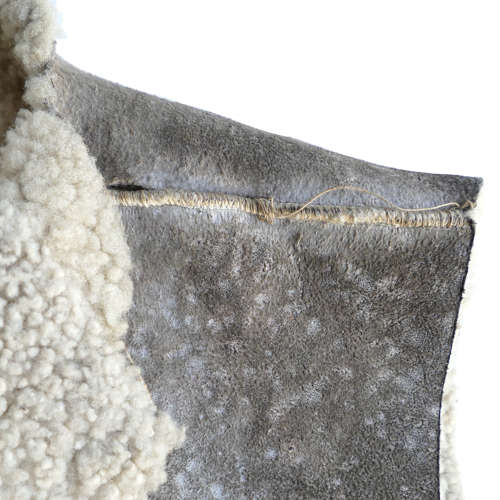 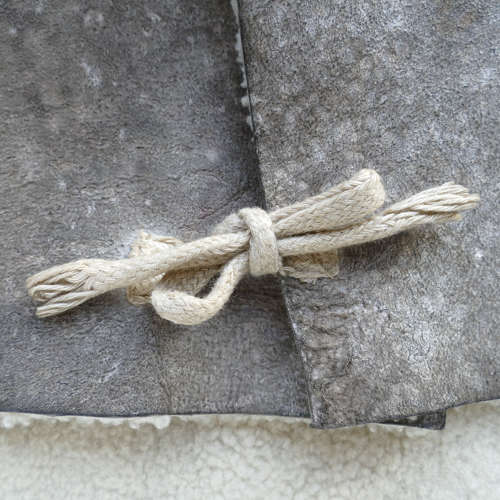 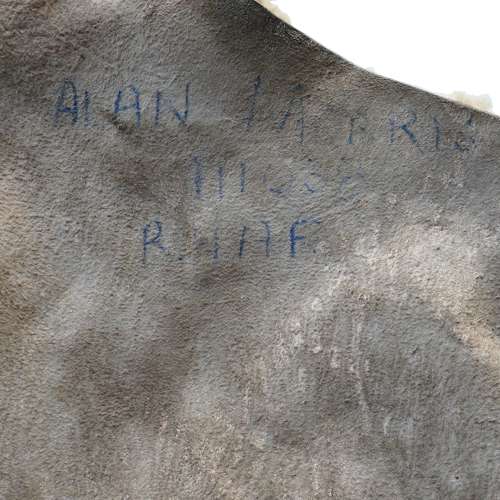 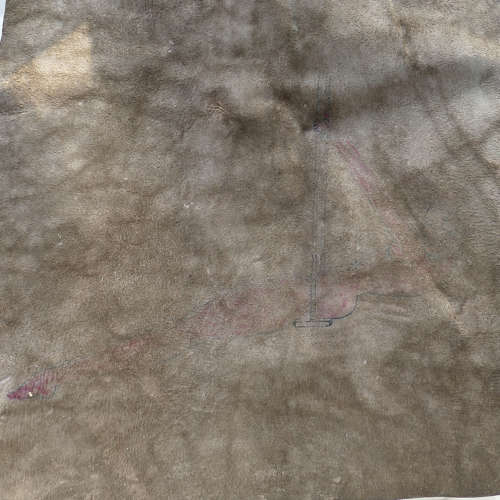 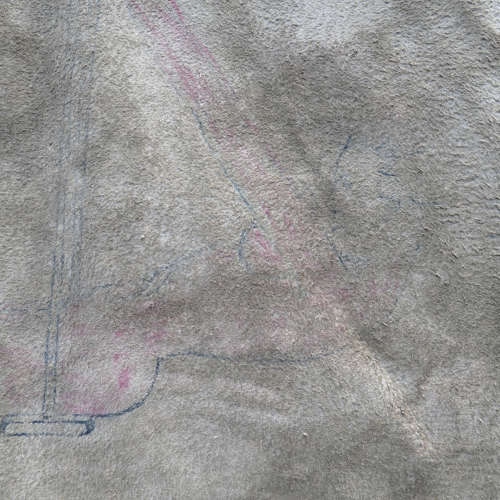 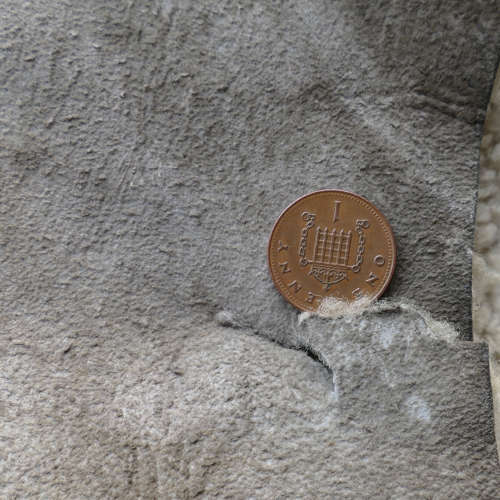 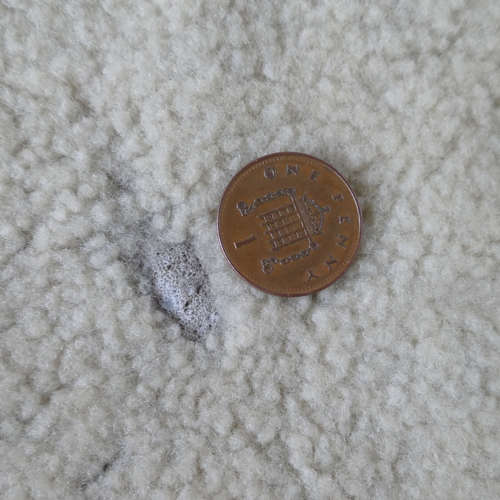 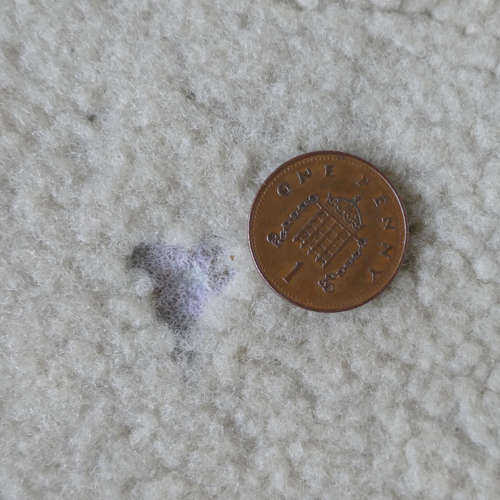 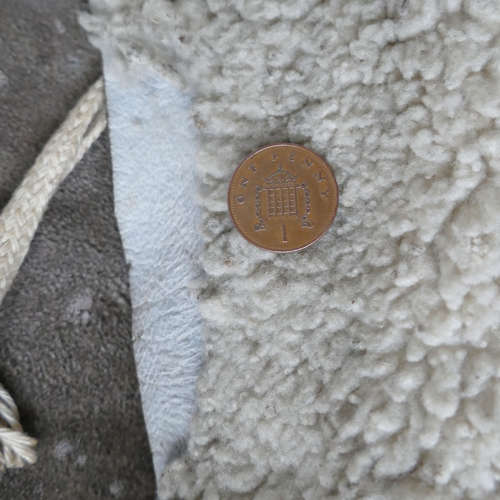 Unusual 'rigger' made raw shearling waistcoat.  Basic construction with cut unhemmed edges and cord ties a the front.  On the back there is faded artwork of a scantily clad woman on a swing and original owner's name 'Alan Morris, 411038, RAAF'.  Good overall condition but quite grubby and there is a small tear to the rear edge of the right armhole.  This unique garment was purchased directly from the son of a wartime AFC winning pilot along with many other items of his flying kit but this belonged to a fellow pilot.  Alan Morris was born on 7th October 1918 at Killarney, Queensland and enlisted in the RAAF in Sydney during March 1941.  He wanted to be a navigator and trained on Tiger Moths at Temora, NSW and then in Alberta, Canada under the Empire Training Scheme on Ansons qualifying as an above average pilot.  When he arrived in the UK he was posted to No.1 Flying Instructor School (initially called No.2 CFS) flying Oxfords and Tutors followed by No.14 Advance Flying Unit at Ossington, Nottinghamshire in April 1942.  He then went to Scotland (Fraserburgh & Banff) serving as a chief flying instructor for a couple of years.  He was keen to transfer to Bomber Command  and in June 1944, with 1200 flying hours under his belt, he was posted to a HCU on Wellingtons and Stirlings before joining 463 Squadron RAAF at Waddington.  He flew a full tour with 463 on Lancasters with his final Op on 17th October 1944.  He was briefly seconded to the USAAF 8th AAF near Wolverhampton and Flight Lieutenant Morris was awarded the DFC in January 1945.  Comes with 2 photocopy photos and some basic research on Morris.  There is further information on the Australian War Memorial website including two recorded interviews that are free to hear and can be found from this link https://www.awm.gov.au/collection/S04853/.  Stock code J24453.