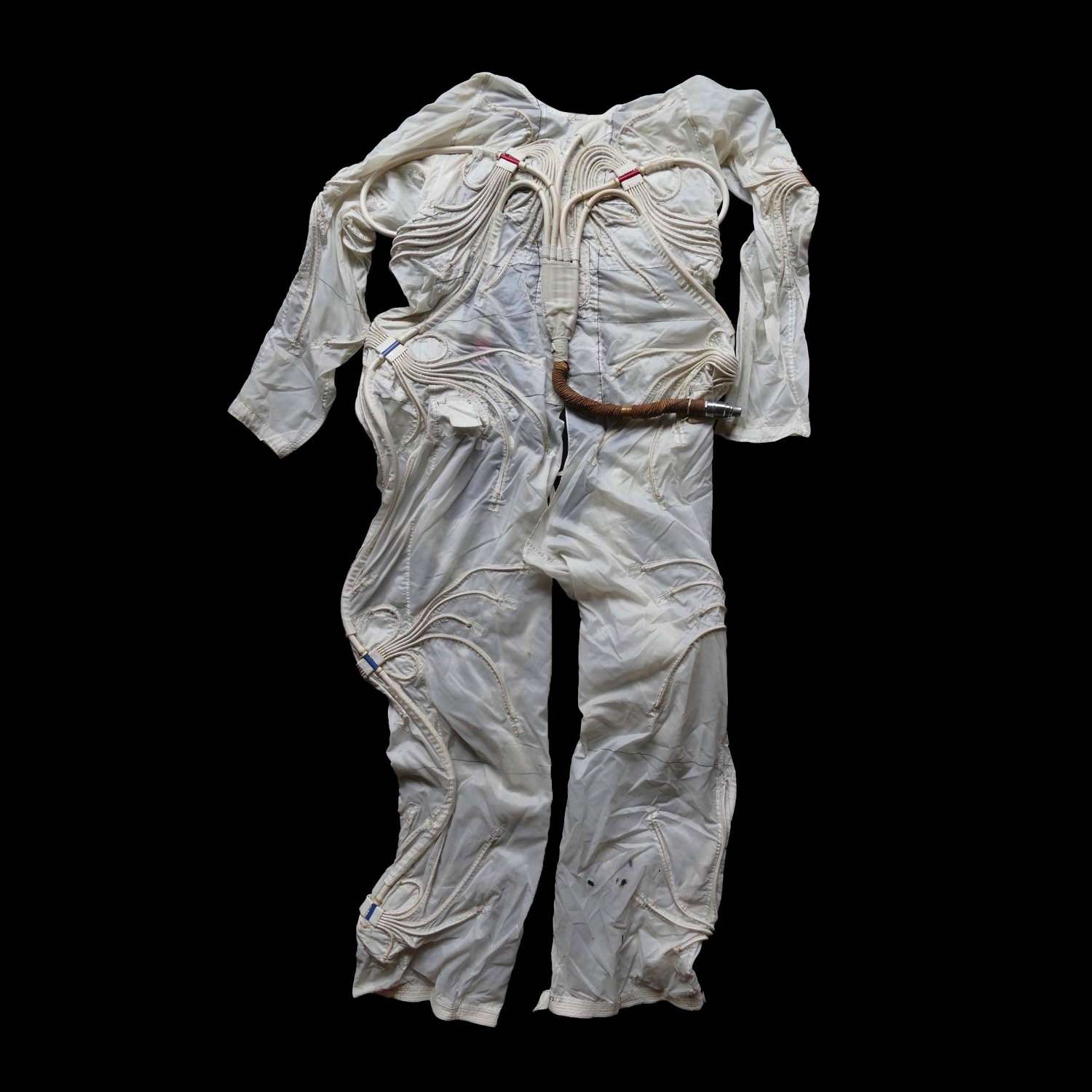 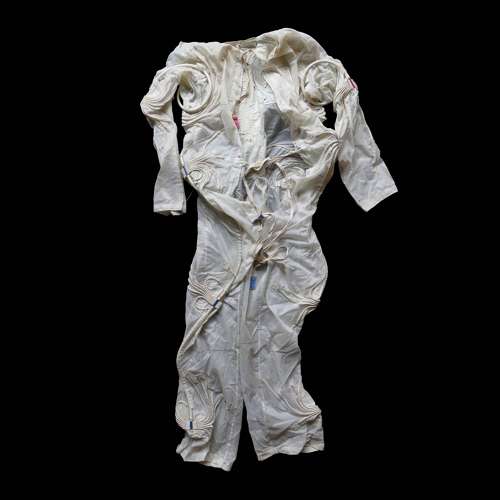 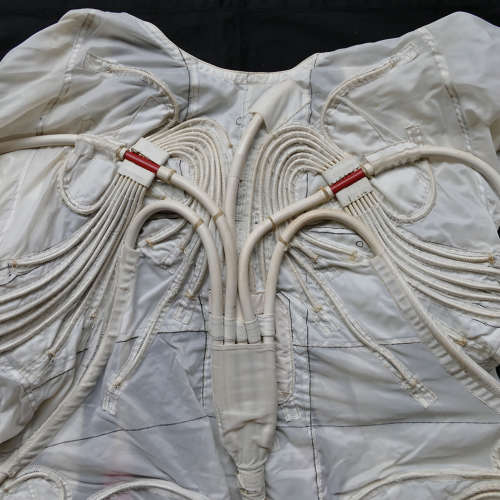 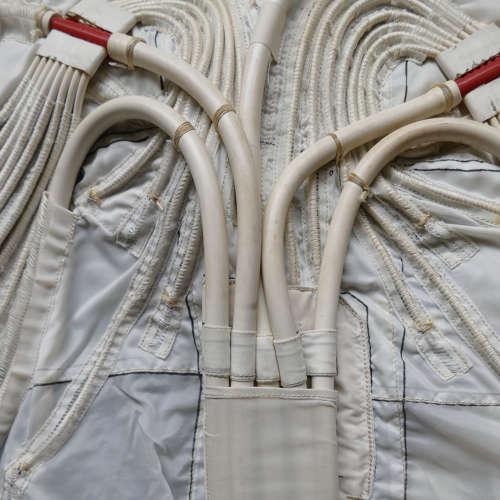 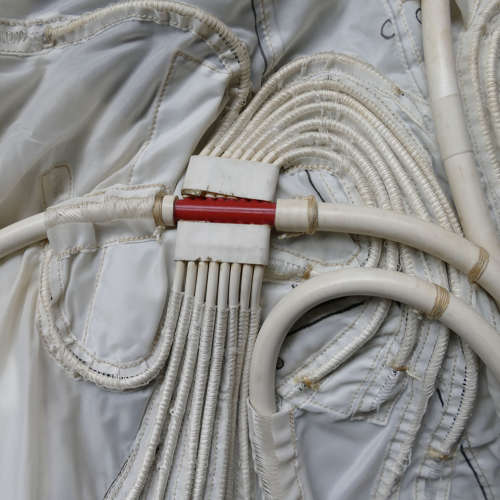 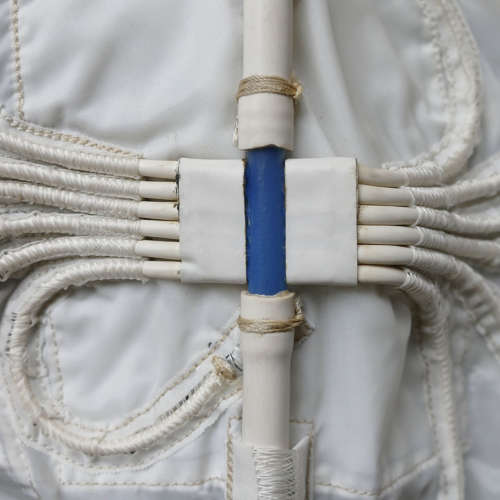 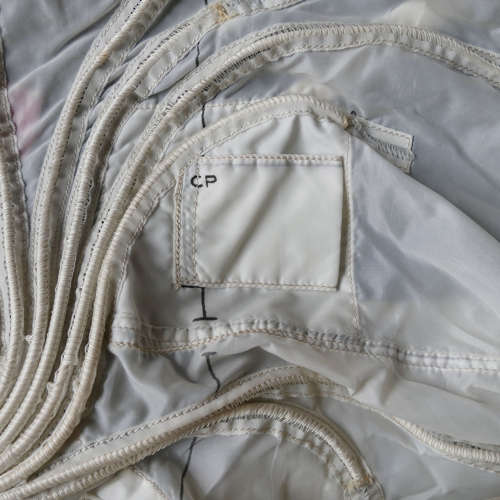 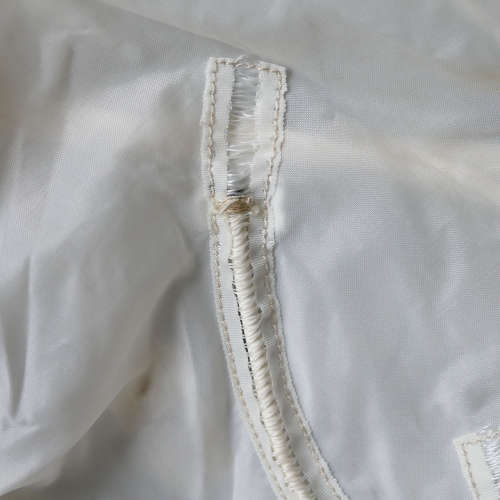 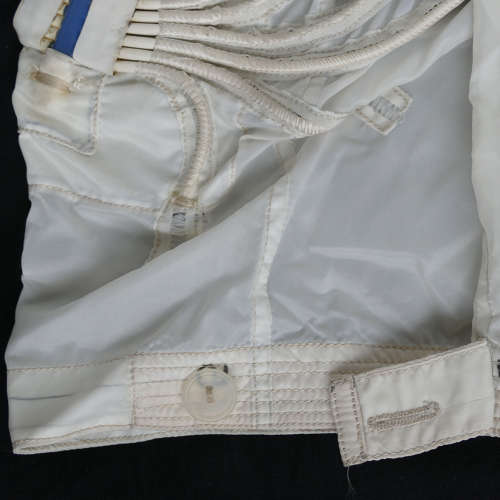 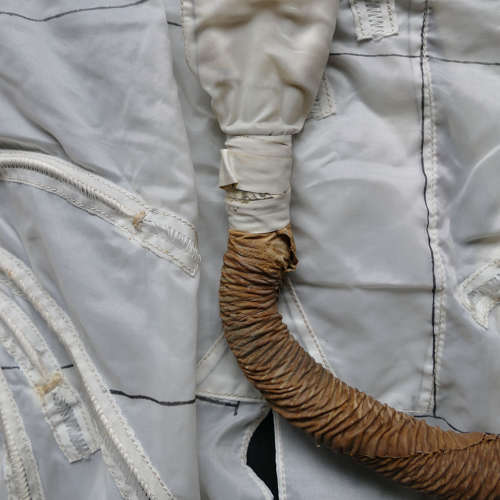 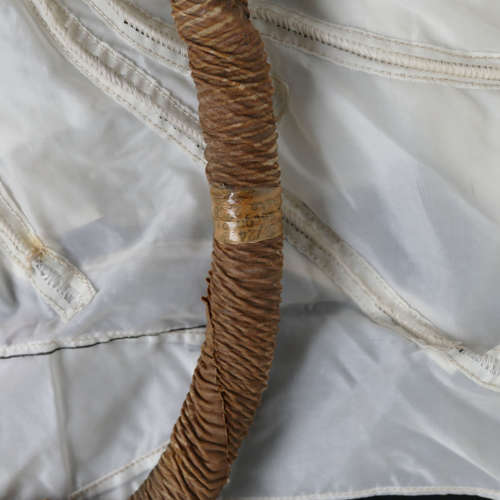 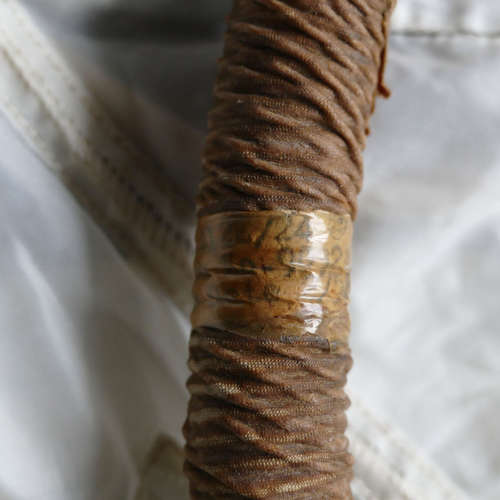 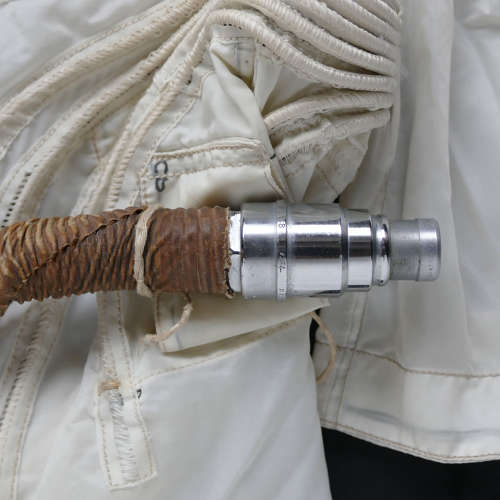 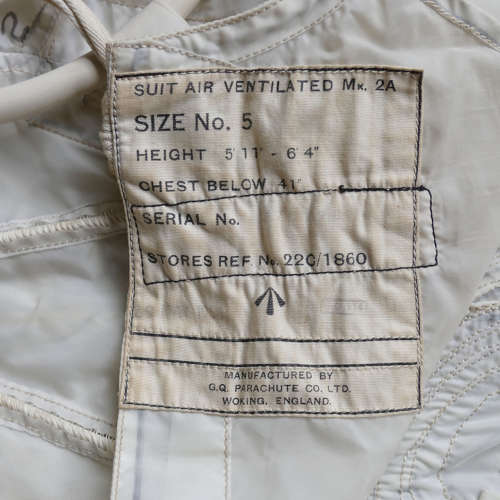 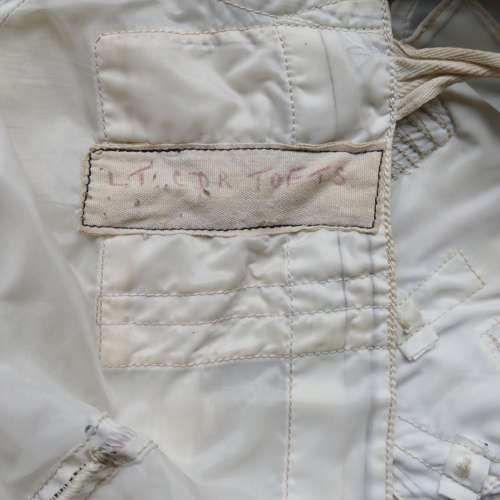 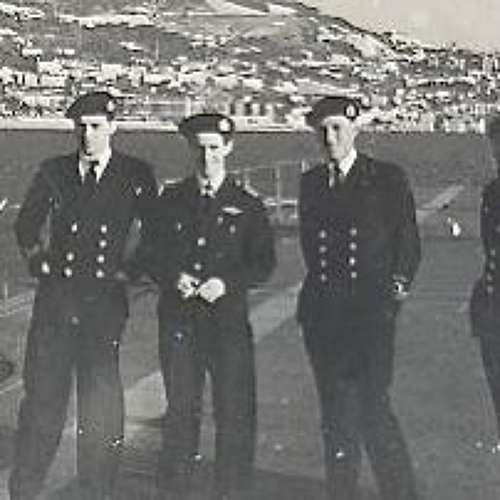 By GQ Parachute Co. Ltd., Woking, England.  Stores reference 22c/1860.  Size 5 (Height 5'11" - 6'4", Chest below 41").  Dated May1958.  More commonly known as a 'Fairy' suit, the air ventilated suit was produced to afford relief from the discomfort of high cockpit temperatures by conveying moving air to the wearer's skin through a number of tubes spread over the surface.  It is a simple one-piece 'suit' produced in nylon and fastened with tapes tied at the wearer's back.  The air tubes are made of PVC and routed through nylon channels.  Commencing at a large inlet tube, the system divides into smaller tubes fanning out over the body.  There are a total of 144 tubes in the system.  Worn in conjunction with various outer flying suits including the MK.2 & 2A in the Lightning and other jet aircraft.  The main inlet pipe is quite rigid but otherwise in excellent   condition.  Named to Lieutenant Commander (Wilbert Anderson) 'Jock'  Tofts A.F.C., R.N.  He served as CO of 807 Naval Air Squadron on the Aircraft Carrier Ark Royal in 1959 at which point they were operating Scimitar Mk.1 jets (see officer, 3rd right in the final photograph).  An air ventilated suit was worn by the fabulous Kate Bush in the video for her song 'The Dreaming', from the album of the same name, released in 1982.  David Bowie also wore one in the video for his song 'Ashes to Ashes', from the album 'Scary Monsters ( & Super Creeps)', released in 1980.  These suits are now rare and extremely difficult to find in any condition.  Stock code S22896.