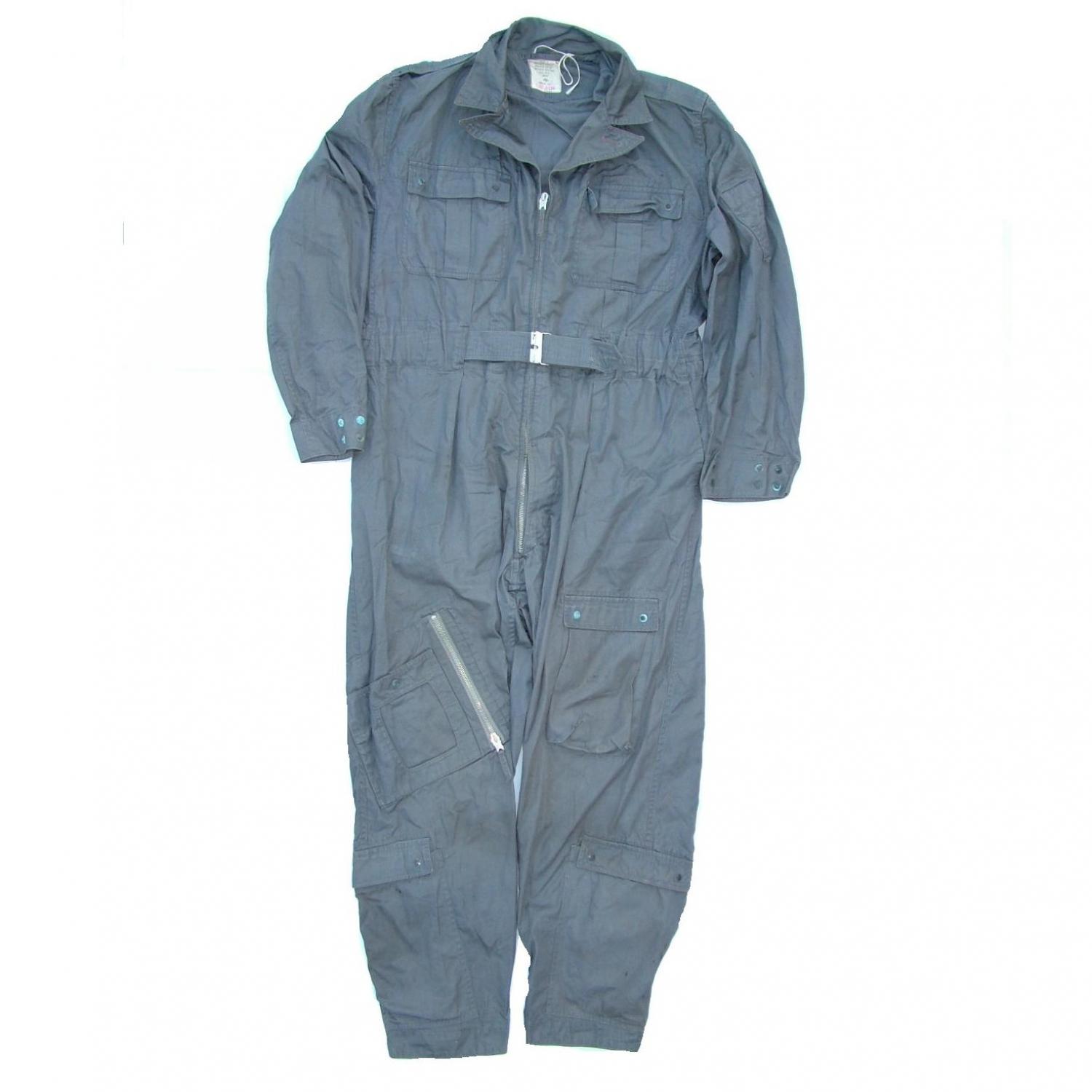 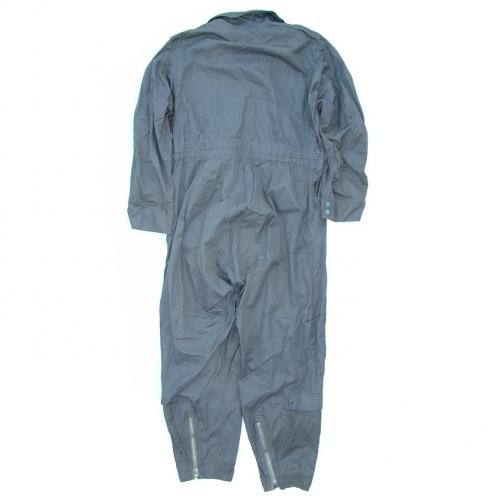 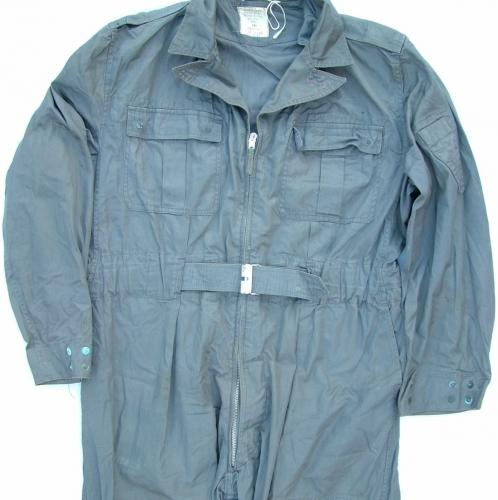 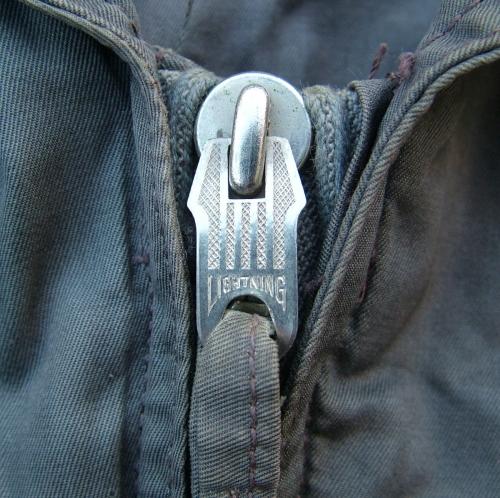 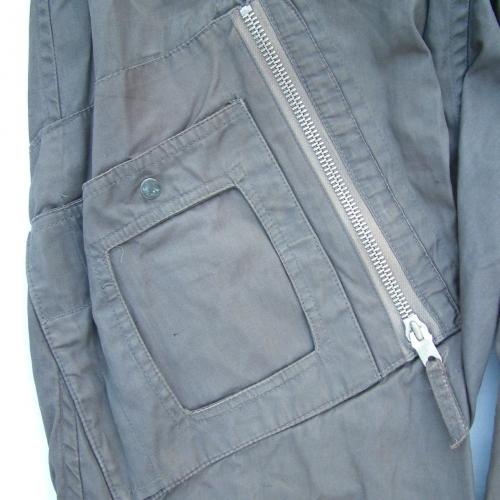 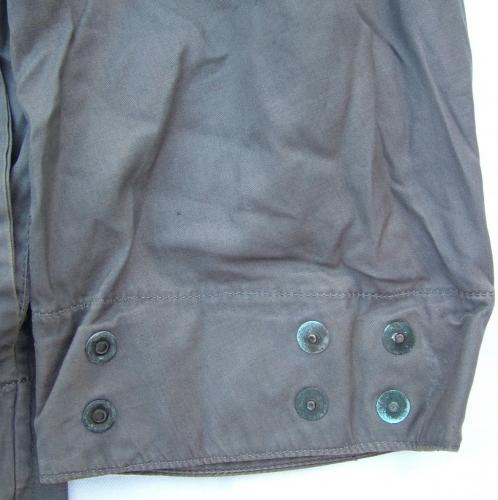 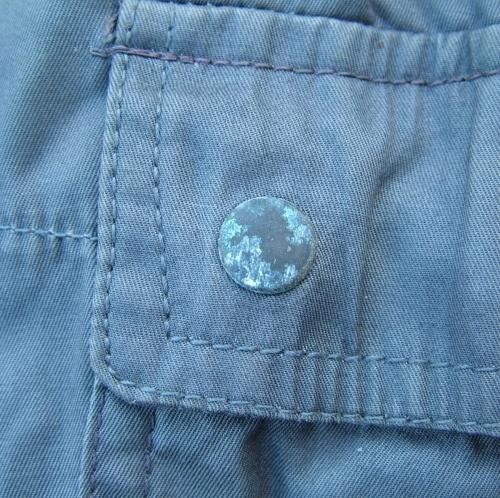 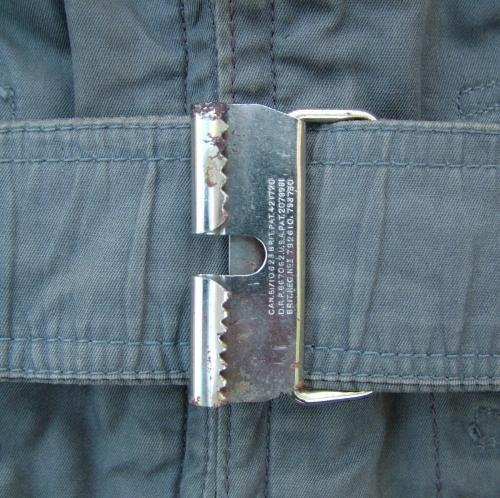 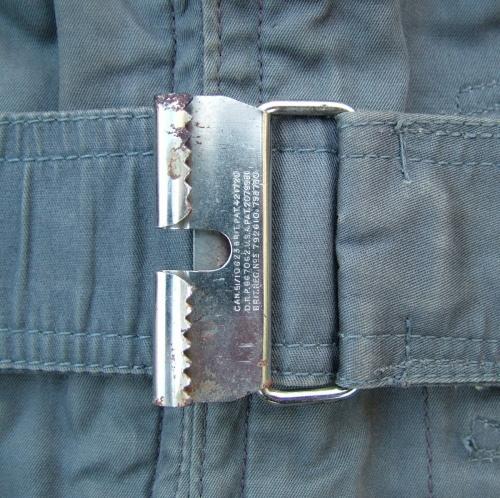 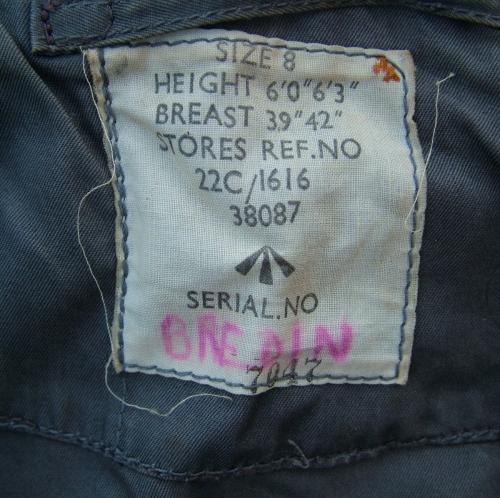 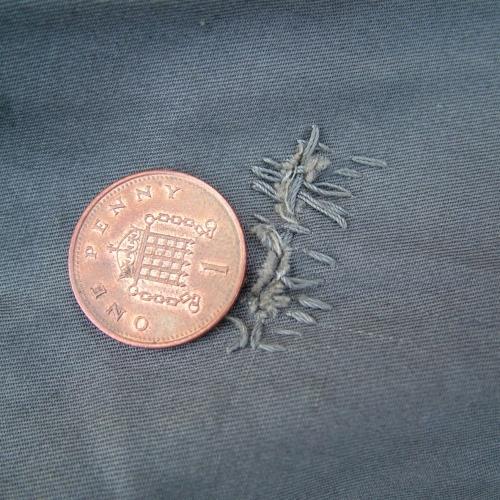 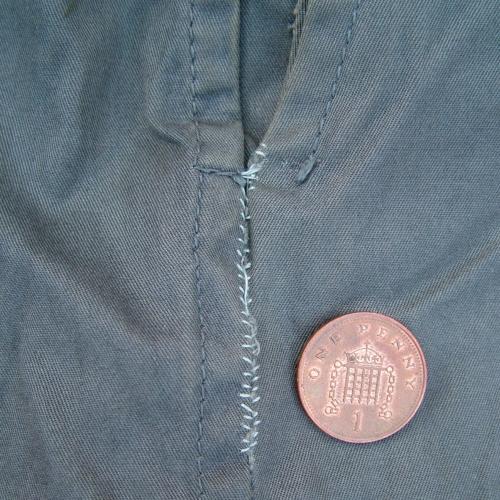 'Suits Flying, MK.1'. Stores ref. 22c/1616, Size 8 (Ht. 6'0" - 6'3", Br. 39 - 42"). This was the second of the 'modern' style postwar general purpose flying suits, replacing the 1951 pattern. Like its predecessor it was manufactured in blue-grey windproof gabardine but had a central zip fastener from crotch to the neck in place of rubber buttons. Fitted with flapped patch breast pockets and various leg pockets including the newly introduced 'leg map pocket' still seen in use on suits produced today.  The suit also has zips at the ankles and press stud adjustment at the cuffs. The waistbelt is channelled through the suit to prevent it catching on the aircraft during use. Condition is generally very good bar a small repair at the base of the right side-entry waist pocket & right upper arm (see photo). All the 'Lightning' brand zips are original and in good working order.  There are some verdigris deposits on the press studs but the suit retains strong colour, is quite clean and shows only light wear and use. These early post-war/jet-age suits are becoming increasingly sought after and difficult to find. Named to the original owner.  Stock code S20798.