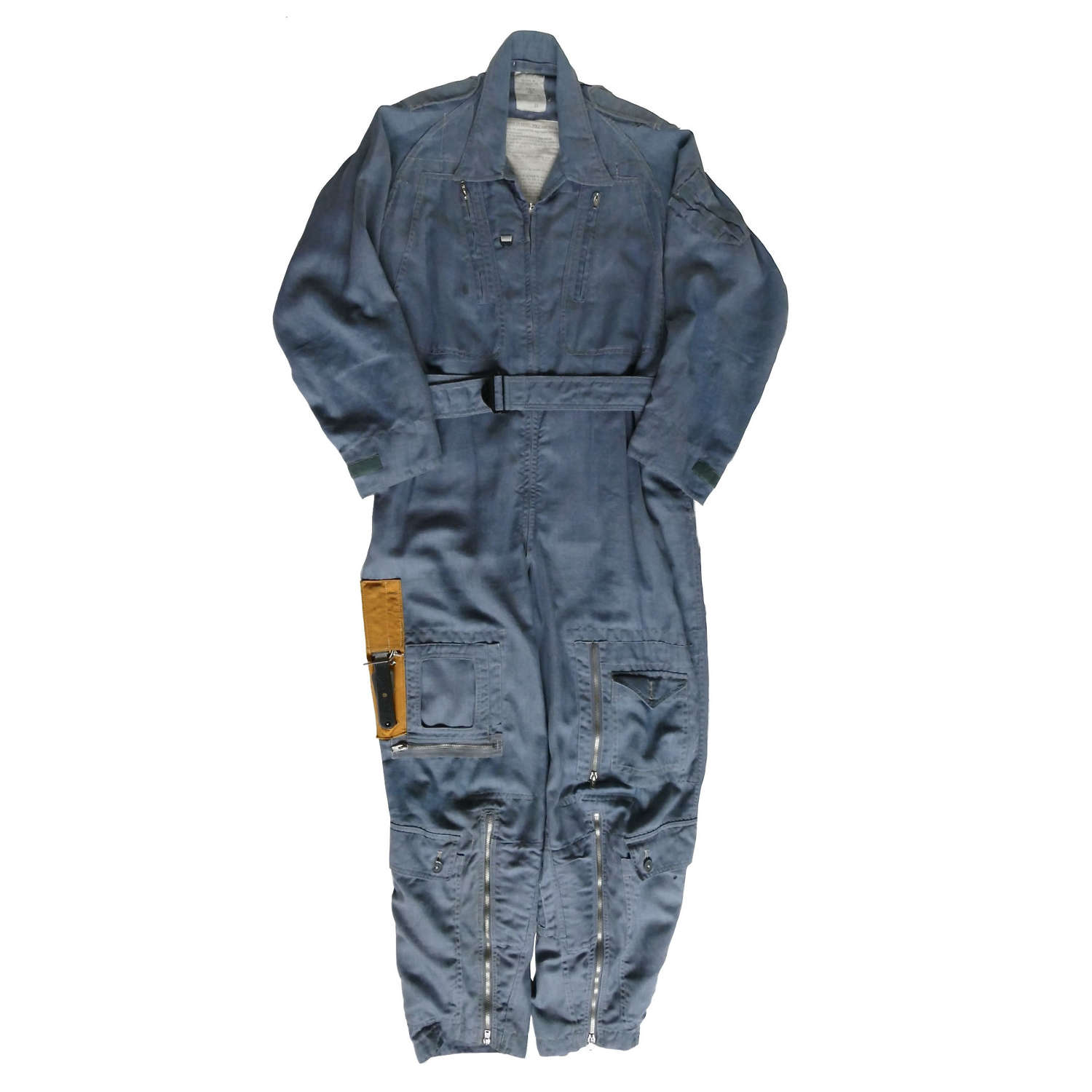 Stores reference 22c/1909. Size 6 (ht. 68-72", weight greater than 174lbs.) 1964. Medium weight light blue cotton flying suit with front zip fastener; angled zipped breast pockets; buttoned flapped lower leg pockets and map/jotter leg pockets. Zipped at the ankles and with manufacfured with buttoned strap adjustment at the wrists, later officially modified with Velcro. Buckle adjustable waist straps and  integral internal braces. The overall appearance is very good, the material is quite clean and only has a few minor snags.  All of the 'Swift' branded zips function correctly but one button is missing and another is broken.  Labelled and 1964 dated. Also fitted with a Mk.III survival knife, stores reference 22c/1278106.  This flat profile gravity knife has a composite handle containing a spring lock mechanism activated by two levers on either side of the hilt.  This mechanism locks onto a stud on the sheath and so retains the knife. The blade is of stainless steel, curved, and measures approximately 10cm.  The knife with a metal scabbard /sheath, stores reference 22c/4466607/13 is attached to a cloth patch, stitched upside-down on the flying coverall leg.  This enabled the knife to drop out on a lanyard should the wearer need to cut rigging lines of a parachute canopy in an emergency situation.  A good early suit with a very good knife.   Stock code S25134. 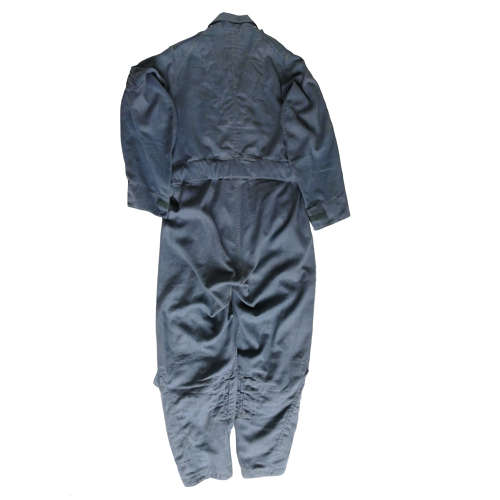 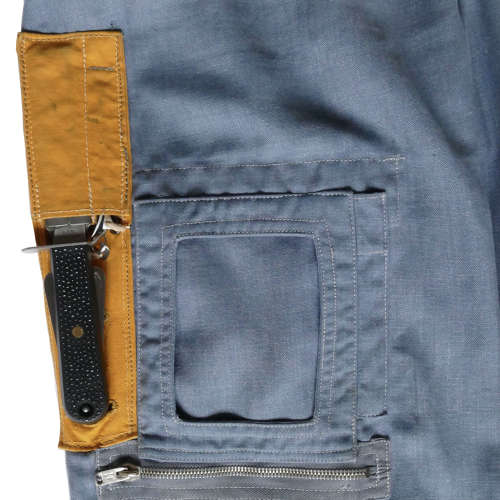 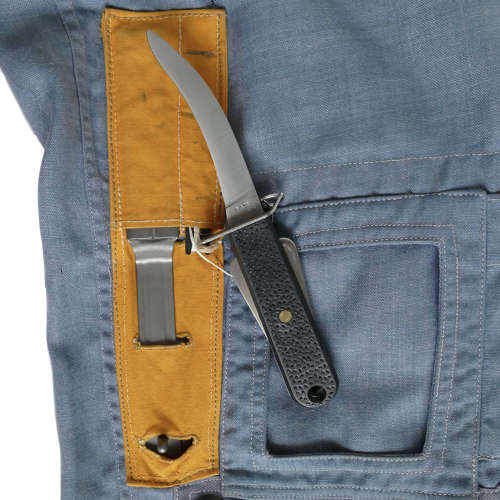 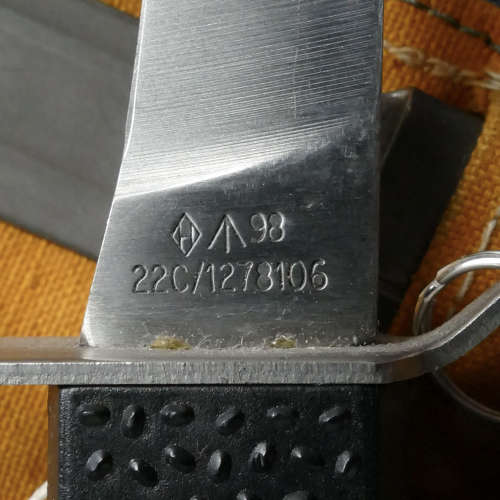 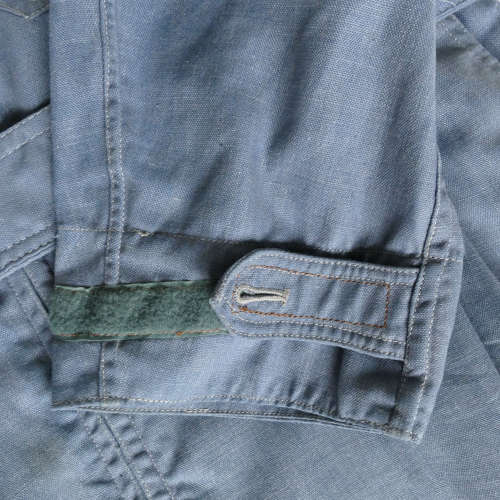 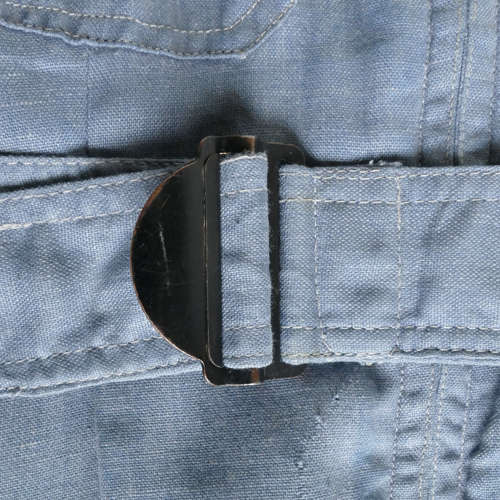 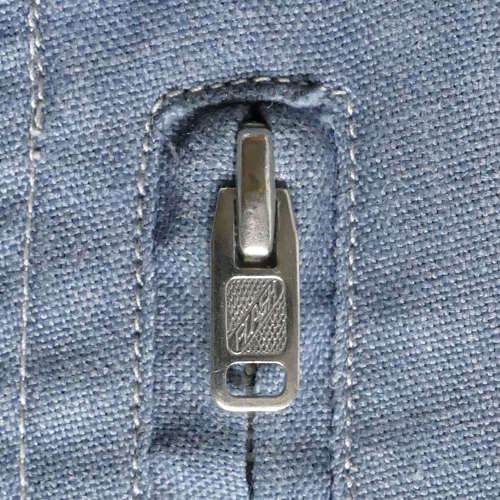 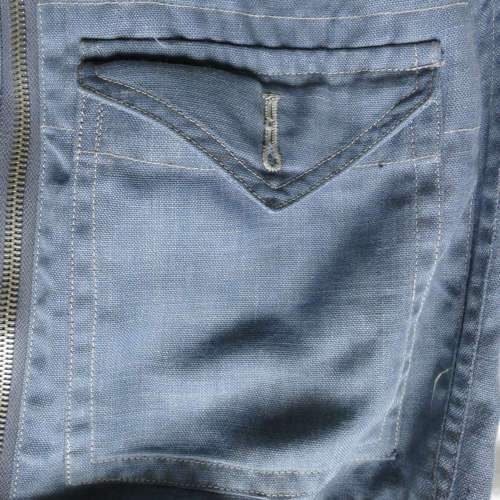 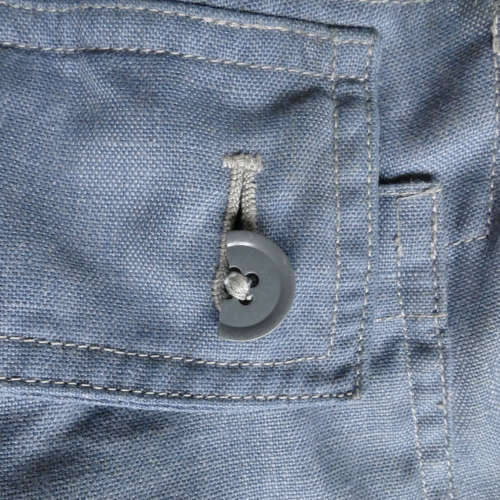 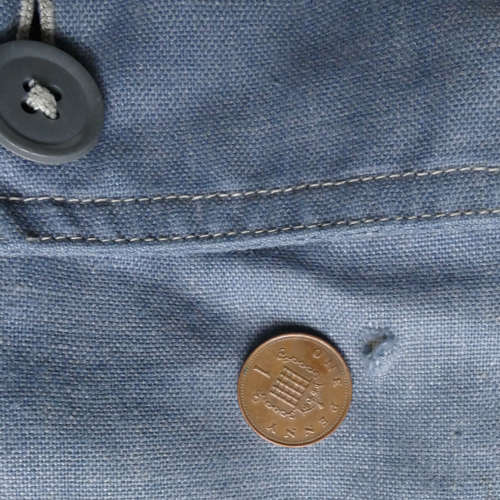 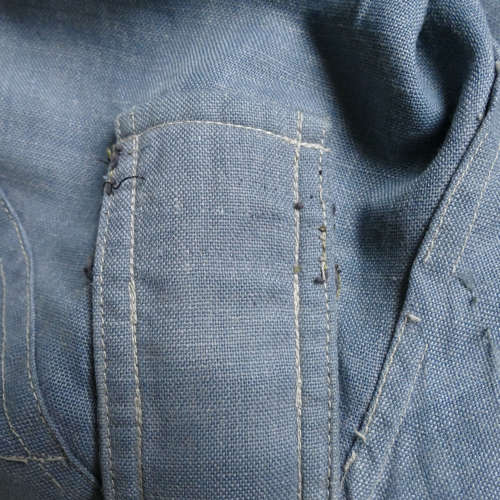 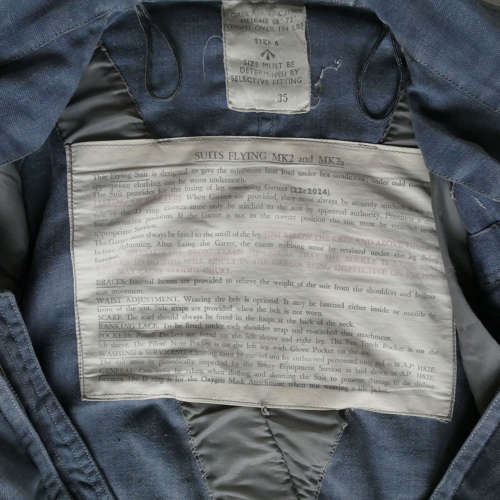 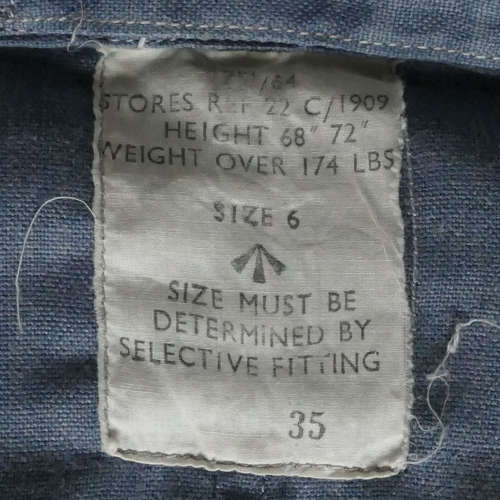