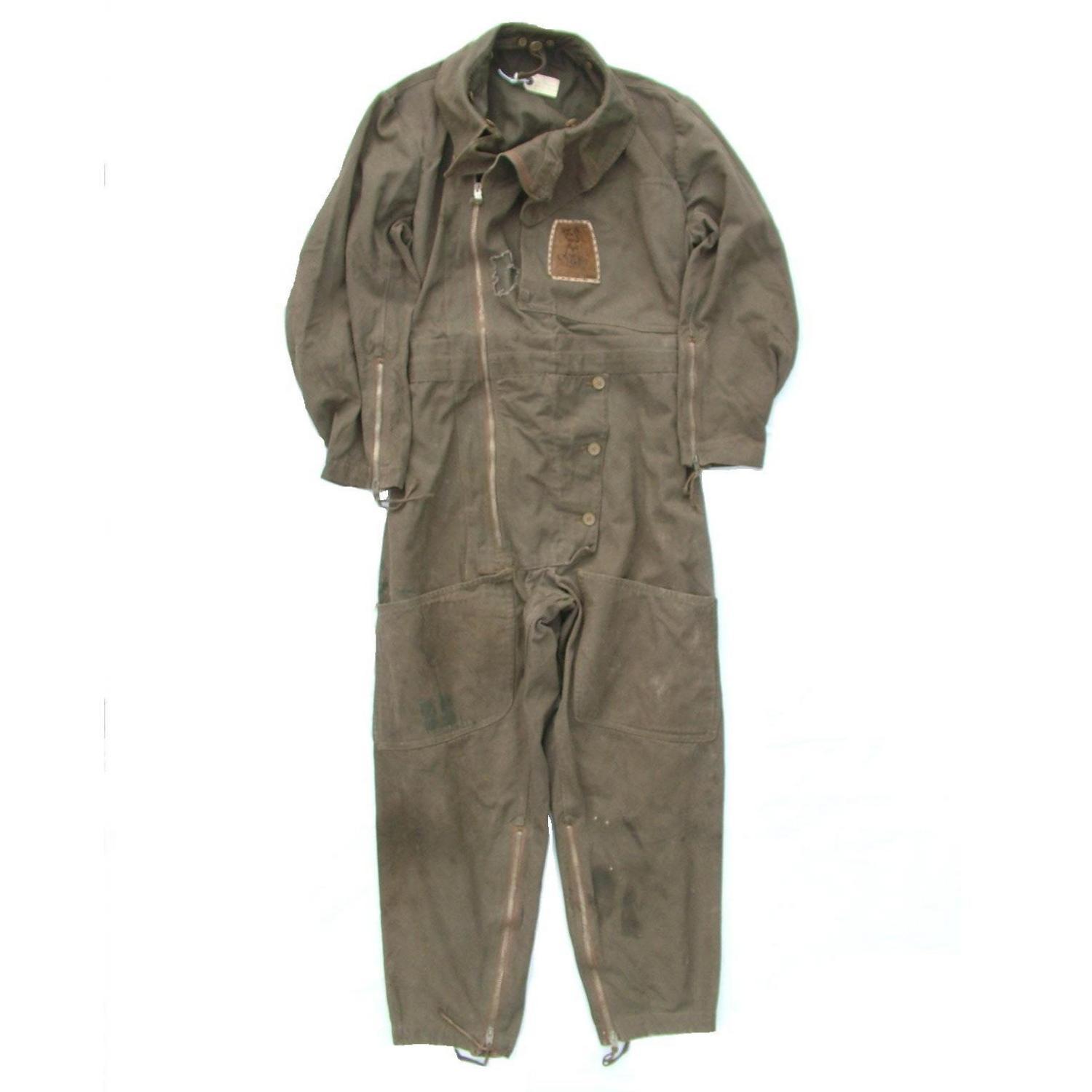 Suits, Flying, 1940 Pattern, Outer.  Stores reference 22c/365.  Size 6 (Ht. 5'11" - 6'1", Br. 40 - 42", Wt. 36 - 38", St. 41 - 43", Leg 311/2").  Early WW2 version of the Sidcot (no wiring).  The green cotton material is a bit grubby in places, particularly to the knees and lower legs.   The suit seems to be strong and supple but does have a hole adjacent to the chest pocket (outer layer only) and has a smallish fray slit on each leg near the zips (see photos).  Original Air Ministry marked Lightning brand chromed zips throughout, each complete with their original cloth puller tabs and in very good working condition.    With cloth hanger, belt and 1941 dated label.  This example belonged to Sgt. Pilot C.W. 'Freddie' Hulance, a 227 Squadron Lancaster pilot who flew on the infamous raid on Dresden.  It is marked on the back of the collar with his service number and also has a small leather patch with a cartoon illustration of a dog 'Binder'.  The suit comes with some small period photographs of Freddie, some during his training in Canada and others of him in flying clothing including Sidcot suit, Irvin, 1941 pattern boots etc.  Further documents include a leave form, posting form (Cardington), some reunion dinner menus/photos and an obituary for 227 Sqdrn Commander  David Balme CMG, DSO, DFC written by Hulance.  Also a couple of copies of newsclippings etc relating to Hulance and the raid on Dresden.  He gave several interviews about this to the BBC, his views were unwavering 60 years on and he had little time for those making judgements about his friends and colleagues who died - all with the benefit of hindsight.   "I once heard someone describe the bombing of Dresden as a holocaust", he says. "Well that was a word that I had never heard until the end of the war when we were shown what the Germans had done to the Jews. Knowing the real meaning of holocaust I am even more proud of what I did. I helped to shorten that war, a war that we simply had to win."

A good used Sidcot with excellent history and some additional documents and photos. Stock code S19200. 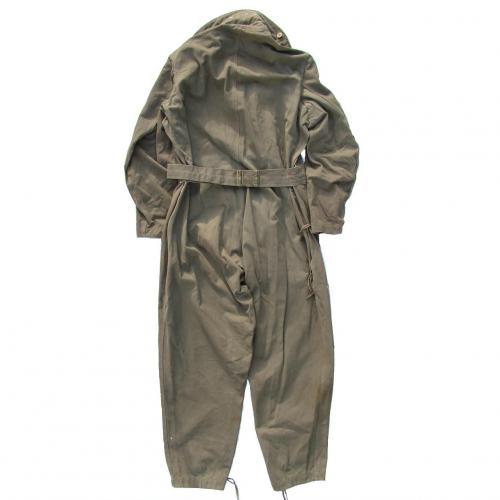 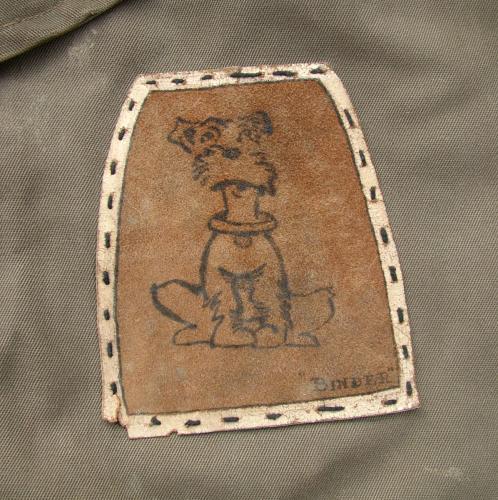 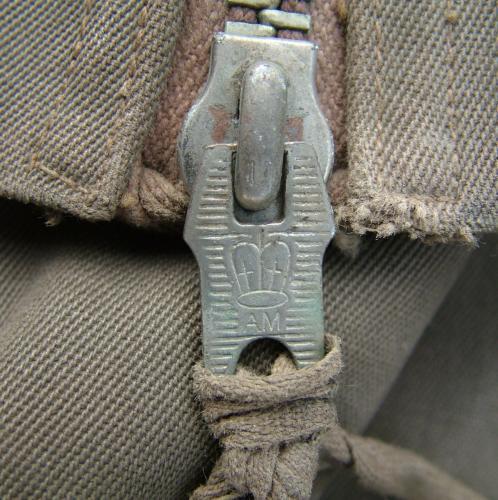 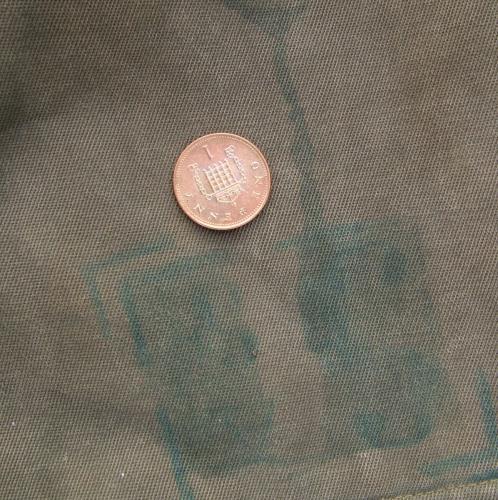 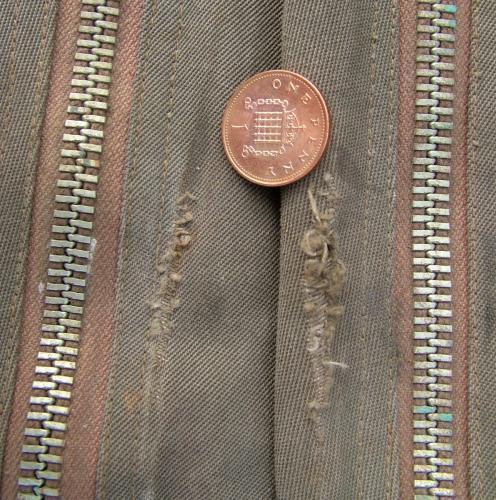 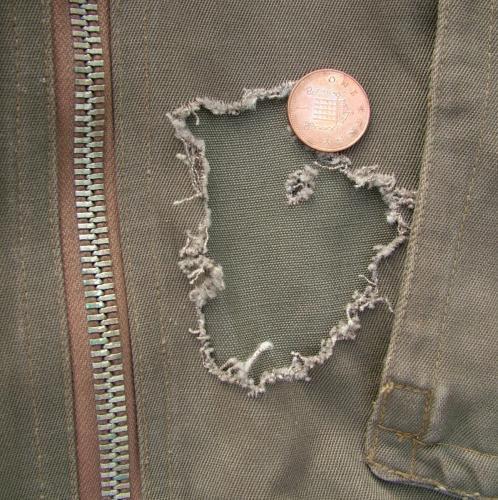 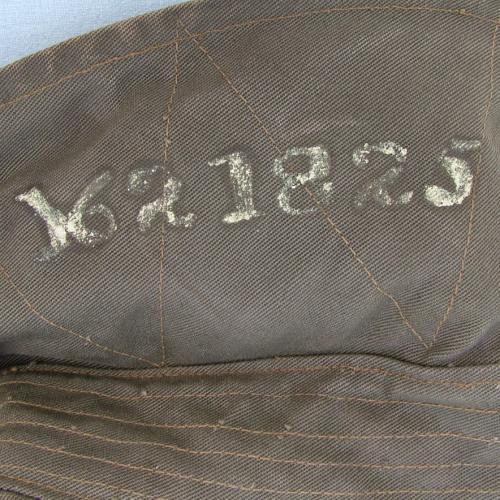 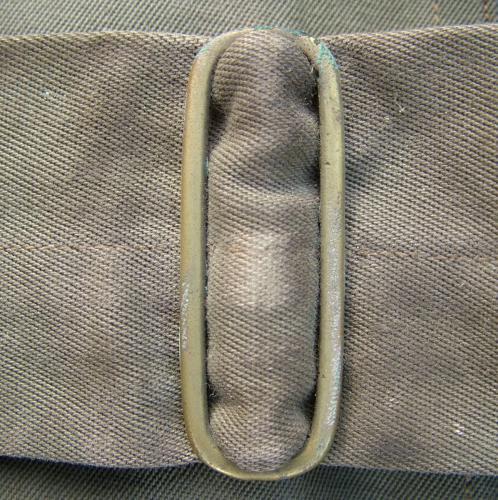 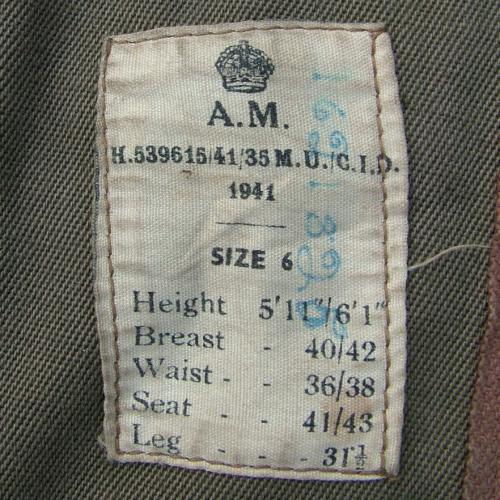 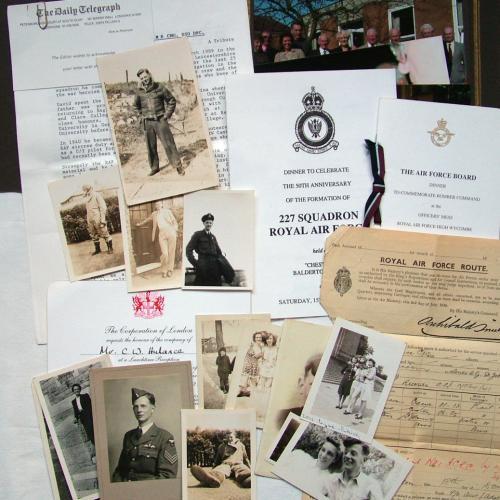 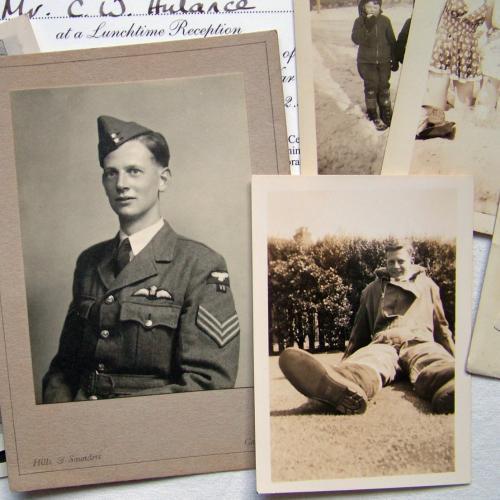 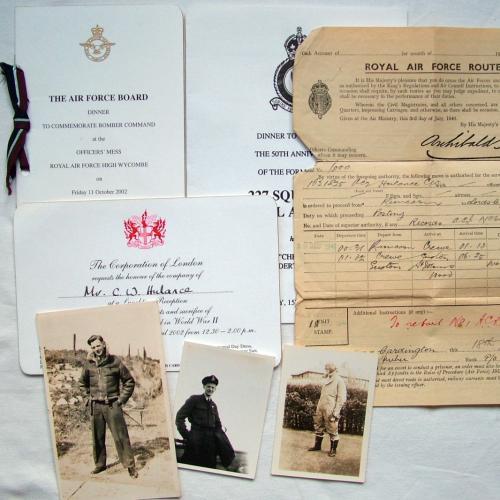