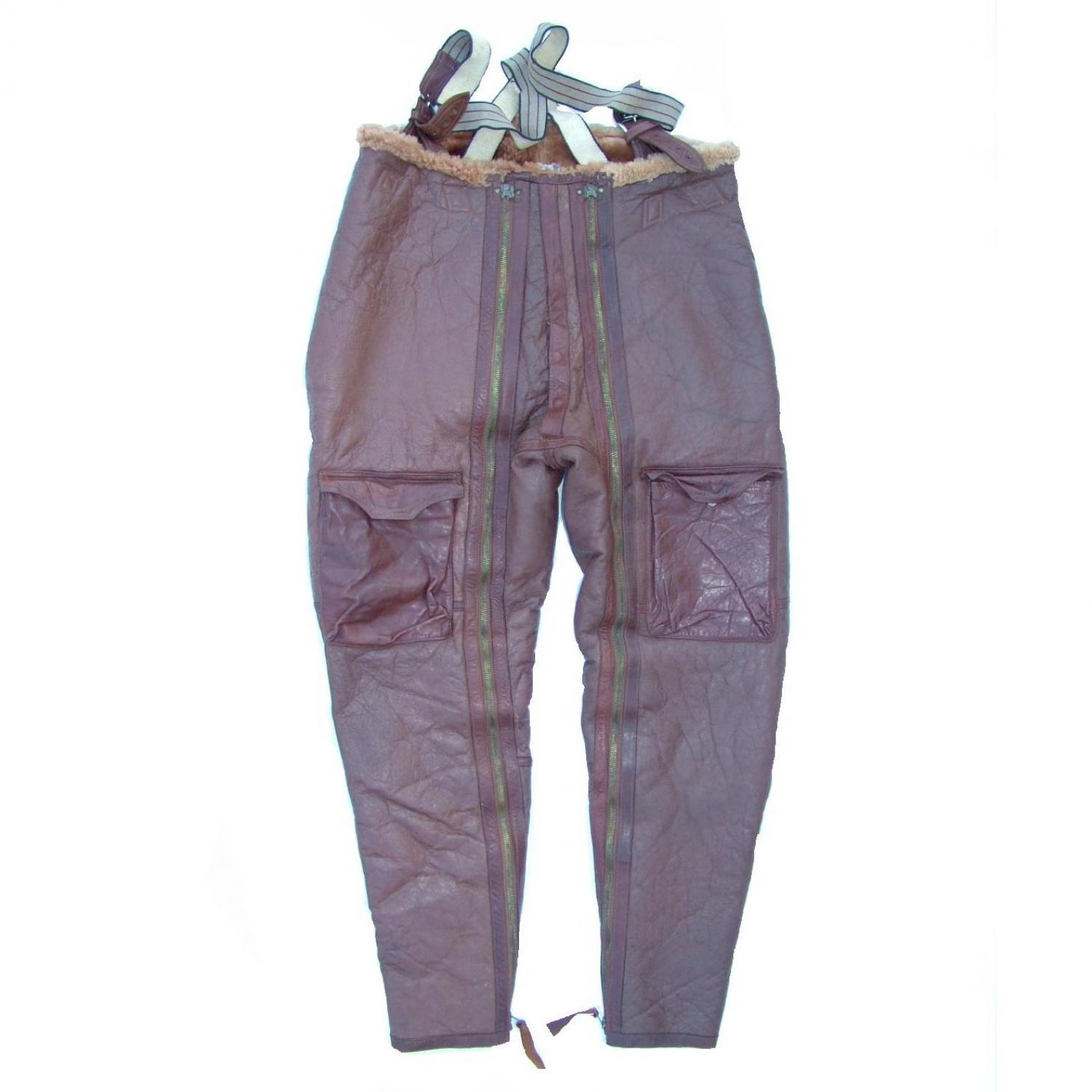 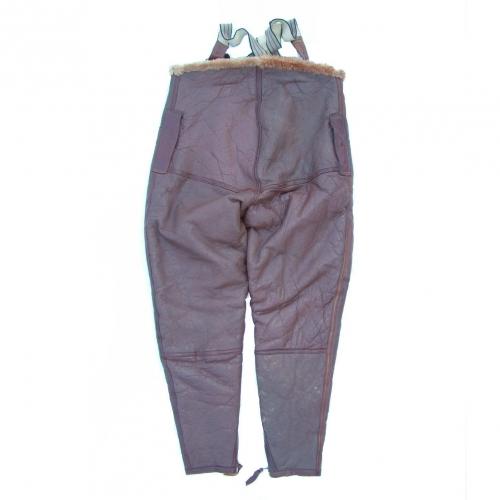 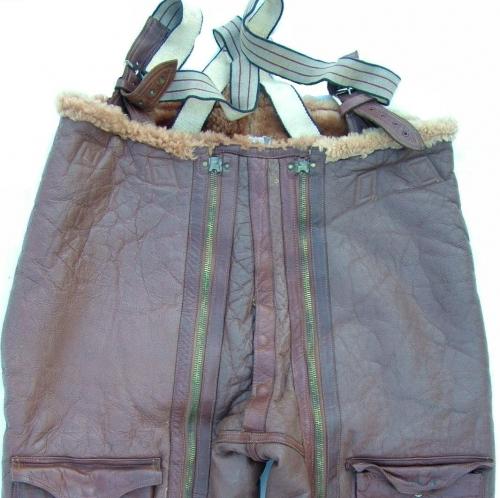 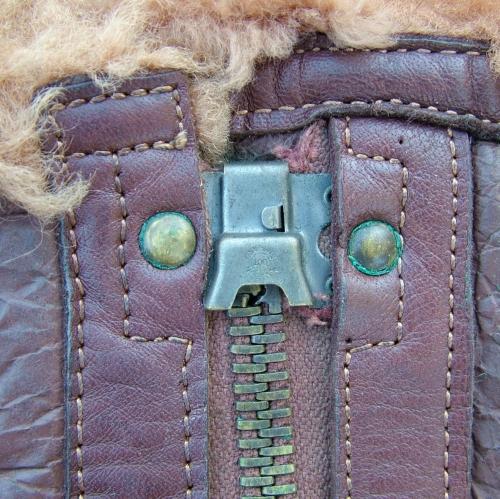 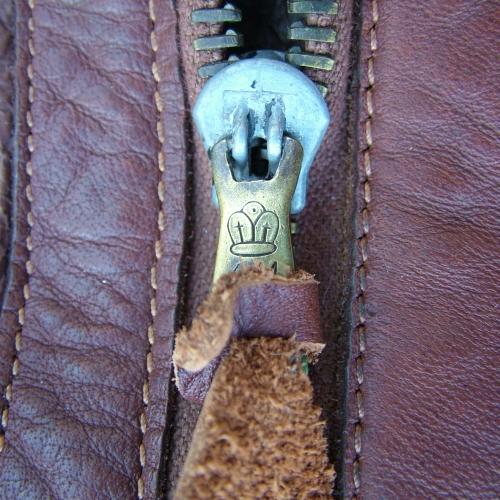 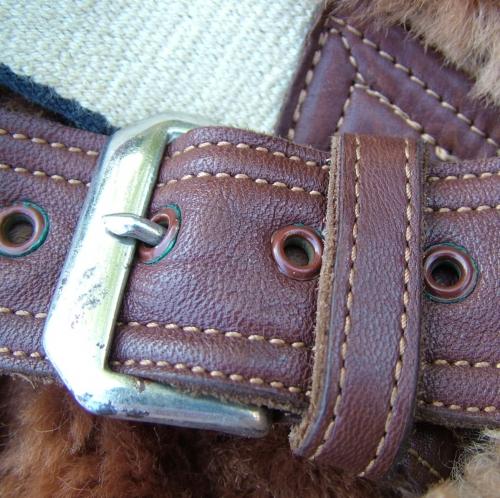 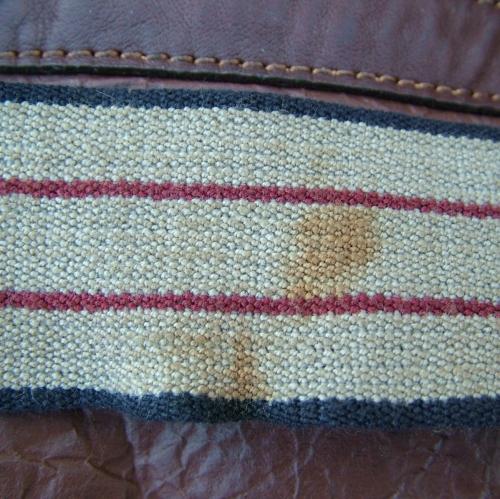 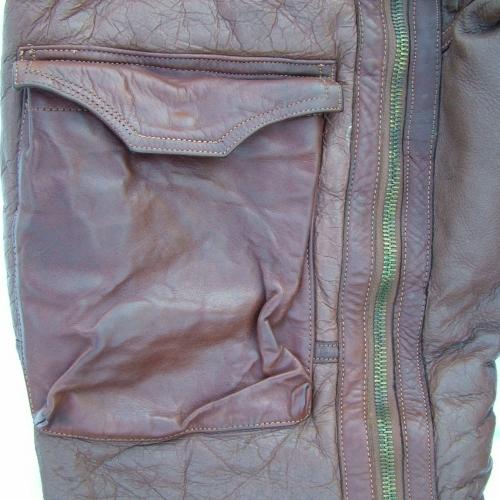 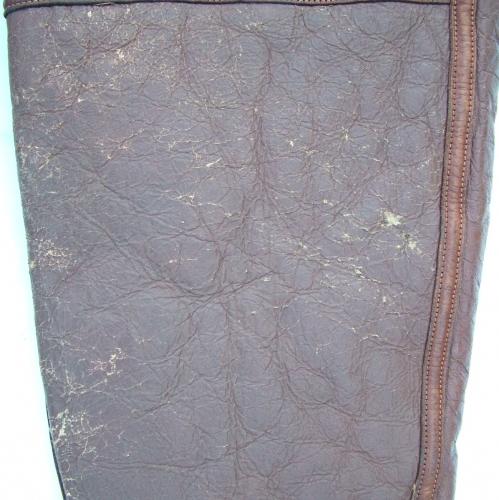 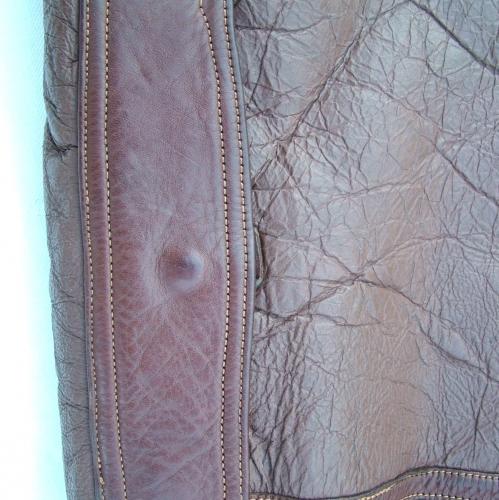 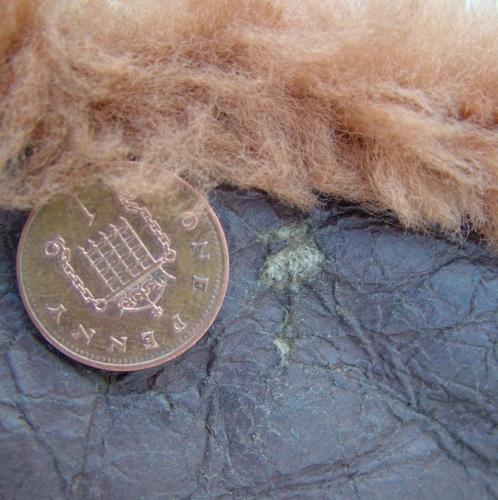 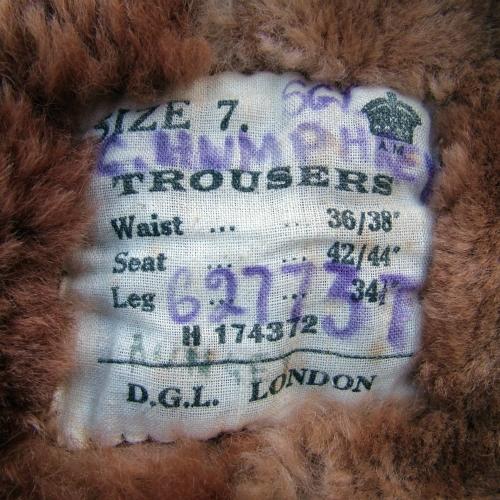 Thermally Insulated Flying Suit, Trousers.  By D.G.L. London.  Stores reference 22c/331.  Size 7 (Waist  36-38", Seat 42-44", Leg 34.5"). The leather is in exceptionally good condition, clean, flexible and with only very minor wear.  Excellent  dense fur lining.  The zips are equally good with Air Ministry marked pullers complete with original leather tabs.  With the original braces (retaining elastication), pockets and label.  Named to Sgt. Humphrey, 622739.  Sergeant Charles Humphrey flew as Flight Engineer on 120 Squadron Liberator III LV340 OH-X.  On the 21st August 1942 the aircraft took off from Ballykelly on an air test and flew into Limnalary mountain, Carnlough, County Antrim during bad weather.  All of the crew were killed - Gp. Captain Harry King Goode DSO DFC AFC, Sgt. A.B. Meyer, P/O A.B. Gomperts, F/O M.  Dear, Sgt. C. Humphrey, Sgt. R. Ainslie, Sgt. T.W. Taylor RNZAF & Sgt. I.V. Mc Quay.  Sgt. Humphrey is buried at Maidstone Cemetary.  Whilst recorded as an 'air test' it appears that other aircraft in the area had been grounded due to the poor conditions and speculation remains as to why this flight was allowed and what the real purpose of the flight might have been.  Gp. Captain Goode, who was a RFC 'ace', had retired from the RAF and is thought to have been on board as a civilian in the Air Accident Branch. A super pair of 'Irvin/ trousers in a large size.  It would be very difficult to upgrade. Comes with basic reasearch. Stock code J21079.