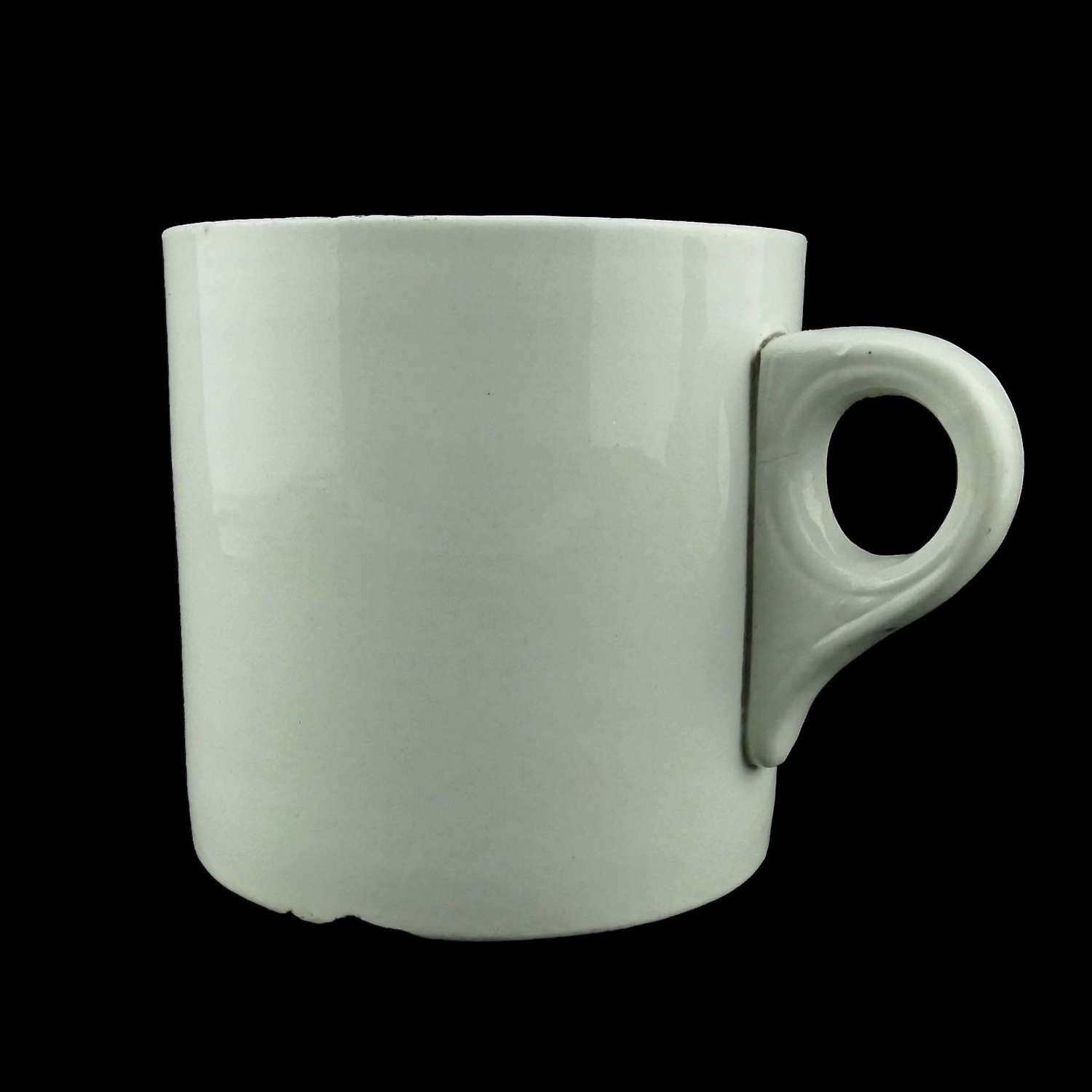 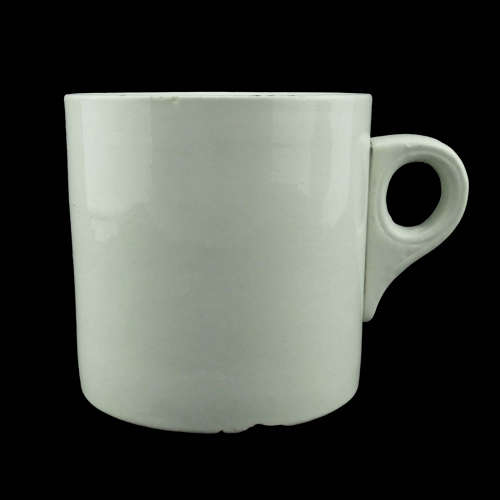 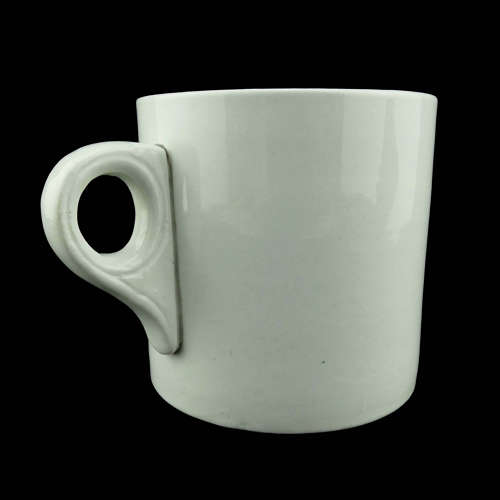 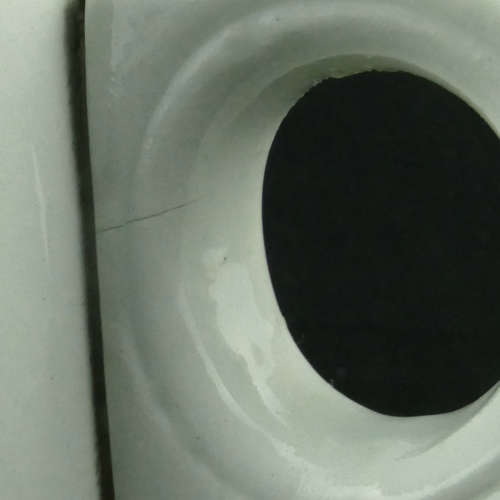 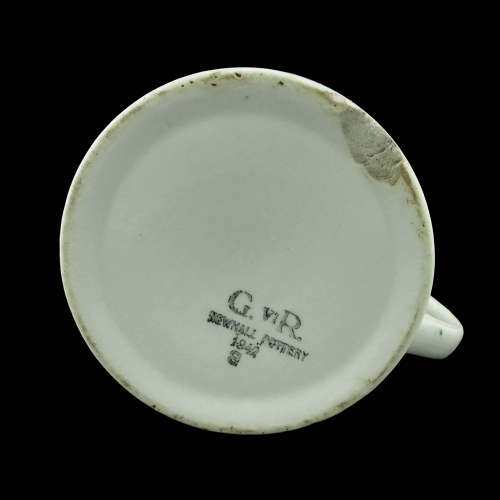 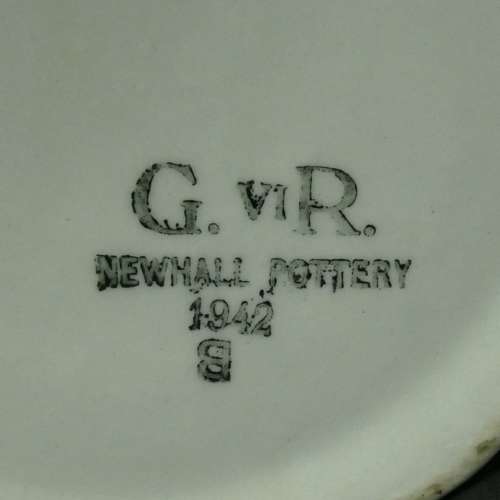 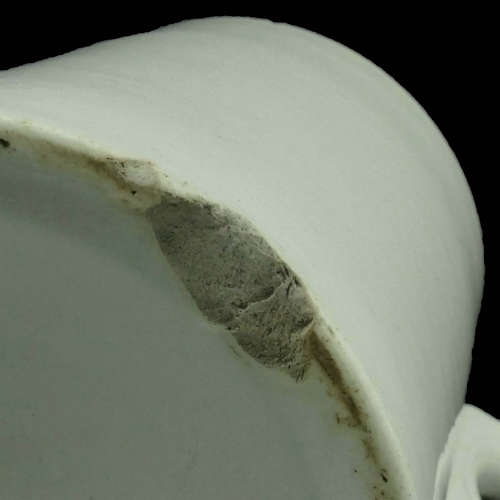 Newhall pottery, England.  White mug in thick/heavy china.  One pint capacity.  With clear George VI 1942 date to the base.  The glaze is generally good but there is some crackling, minor firing faults and a notable chip on the lower edge as shown.  Displays well.  As used by the British Army and on wartime RAF bases etc.   Quite good used.  Stock code C25404.