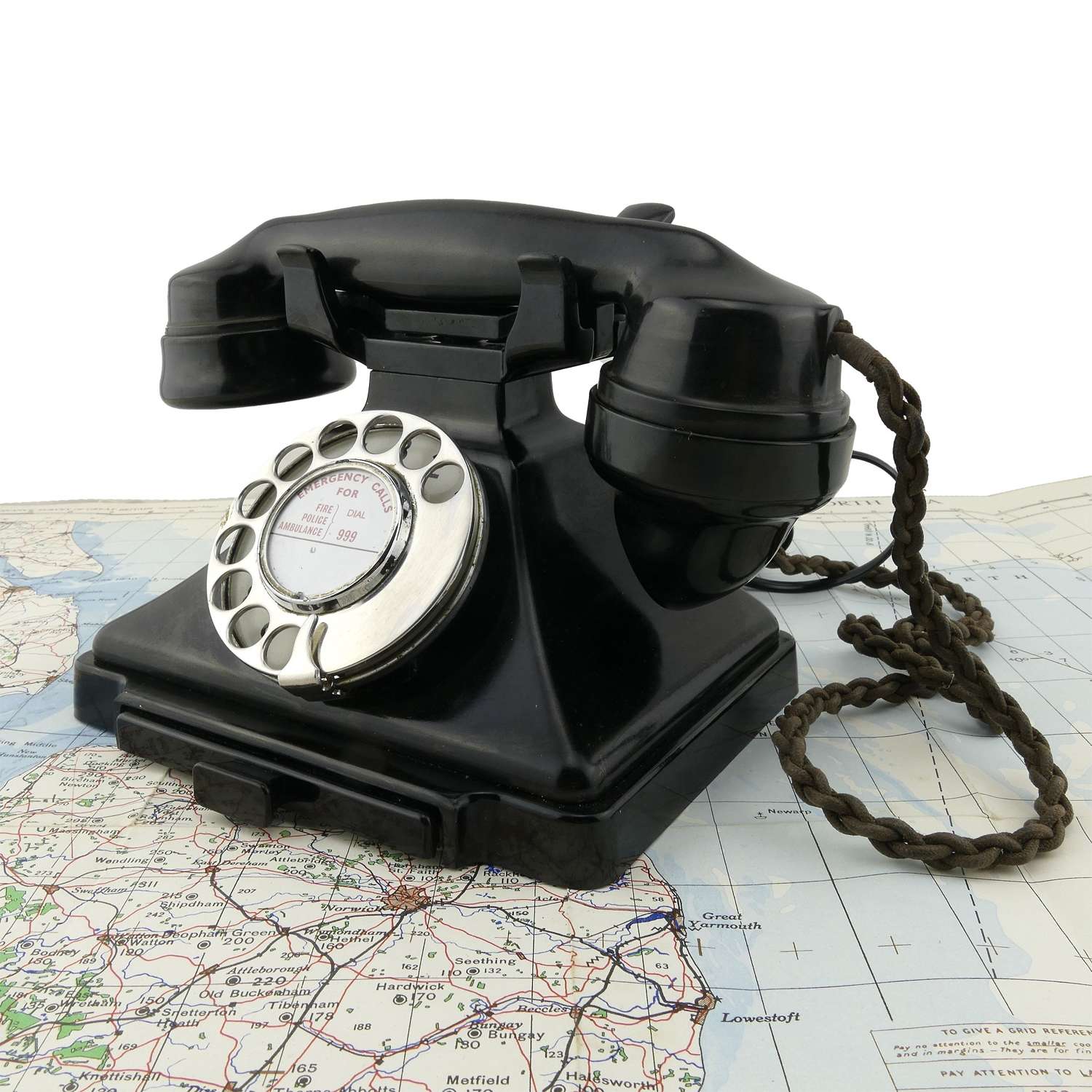 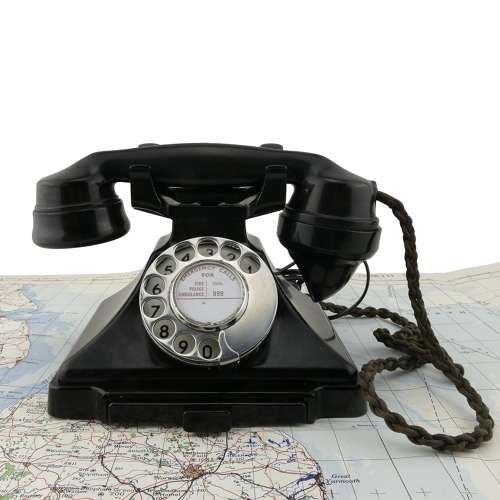 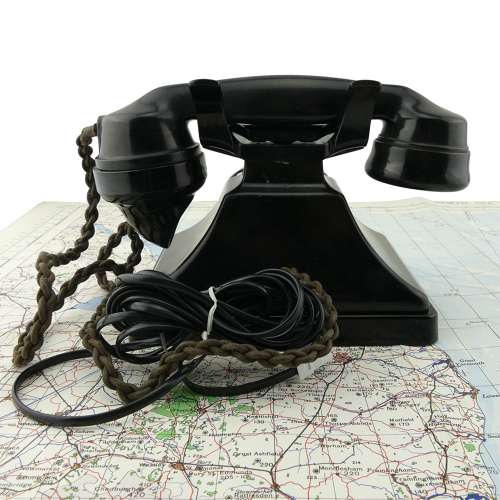 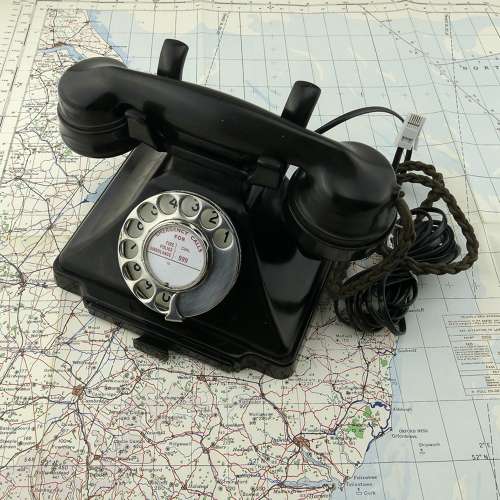 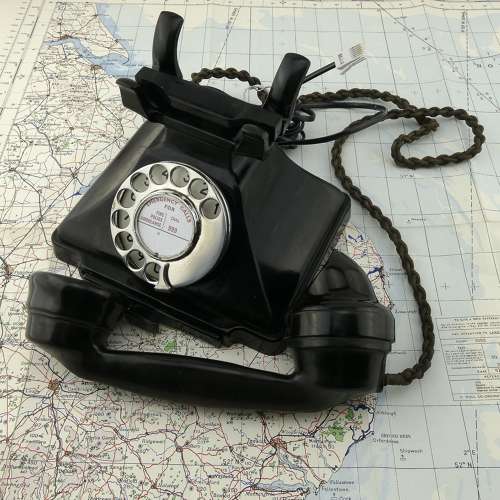 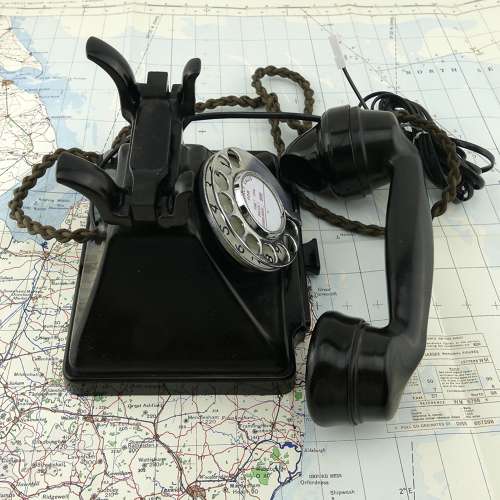 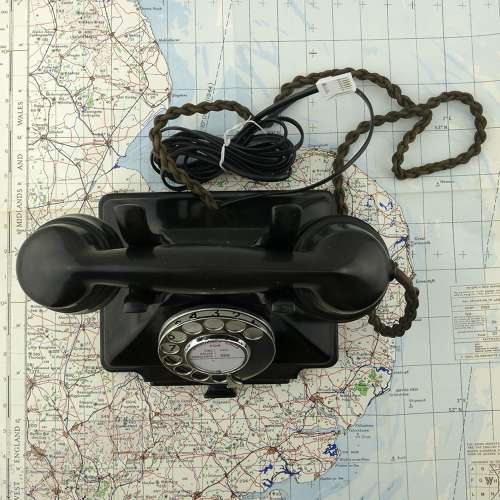 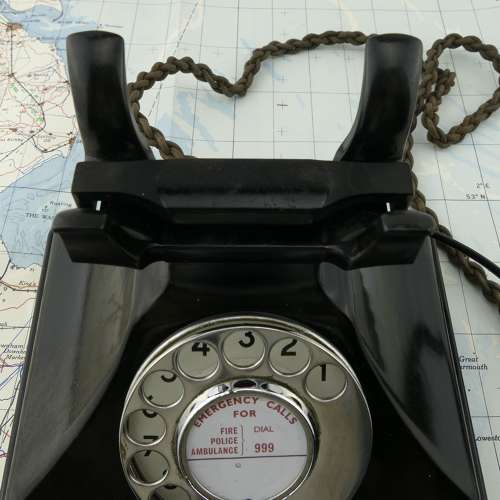 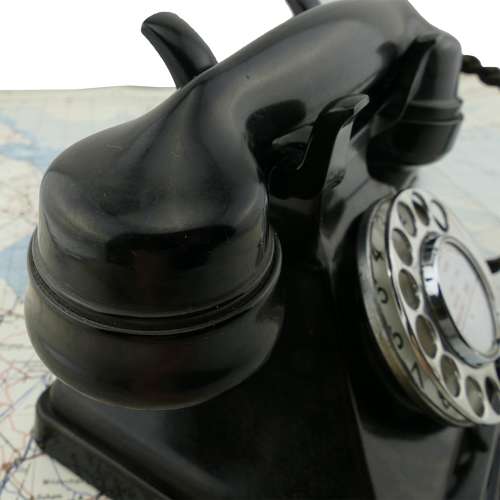 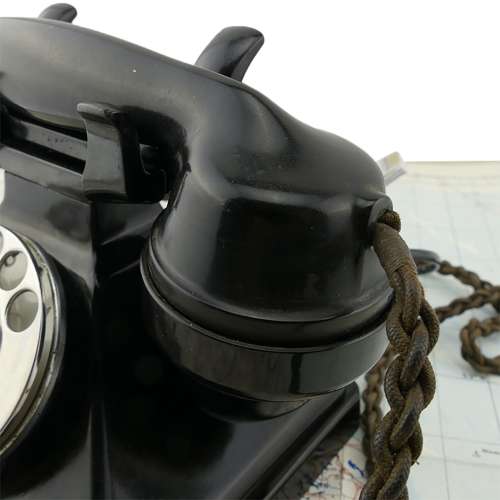 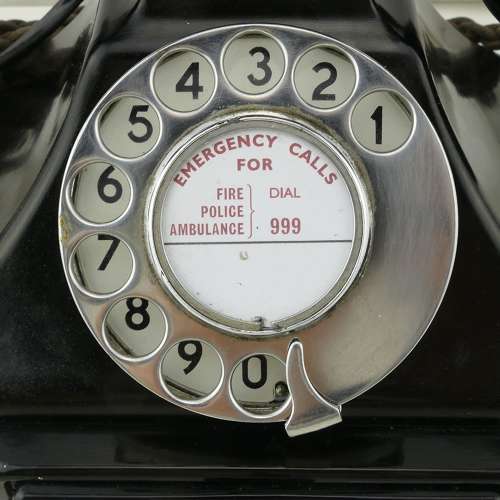 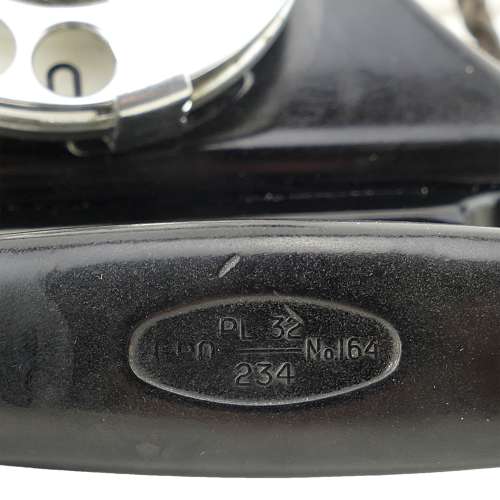 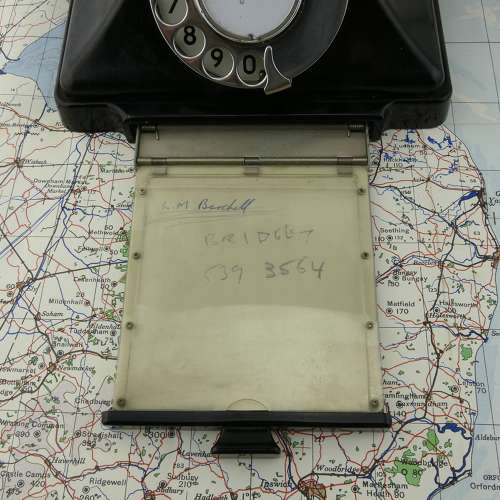 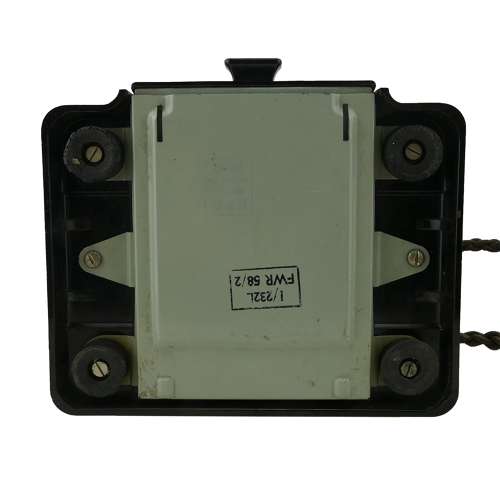 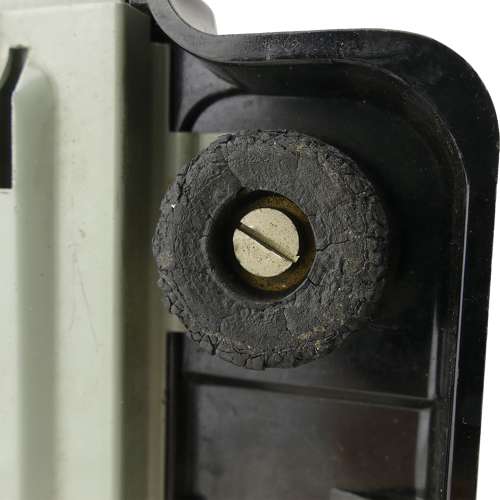 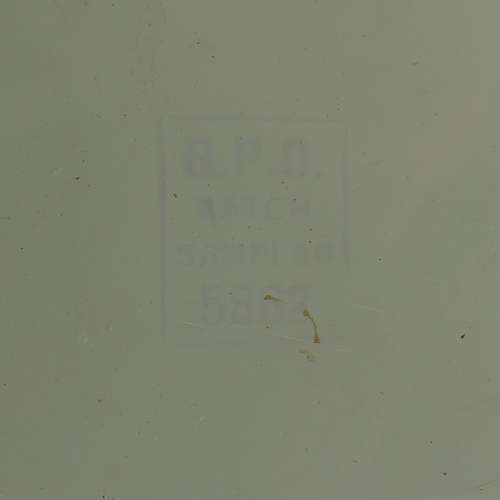 Original General Post Office bakelite 200 series telephone.  This No.232 'pyramid' telephone instrument has its original cotton braided cord, chromed rotary No.12 alphanumeric dial and is also fitted with the original 'cheese-tray' pull-out drawer that could be used to store frequently used numbers.  Overall condition is very good with no cracks or chips.  As usual there is some variation in the overall patina of the bakelite but it has relatively little fading and displays very well.  The telephone instrument itself contained no bell so would not ring on its own.  A separate No.26 bellset was required and often attached to the wall or directly to the telephone.  The phone has been cleaned and converted for modern use and is in full working order but it should be noted that the quality of both speaker and microphone are not on a par with modern telephones.  A truly iconic telephone as seen in many period photographs, and as used on wartime RAF bases and in the Cabinet War Rooms in London etc.  This example would appear to be of 1950s vintage but identical to earlier phones.  Stock code GF-NIV.