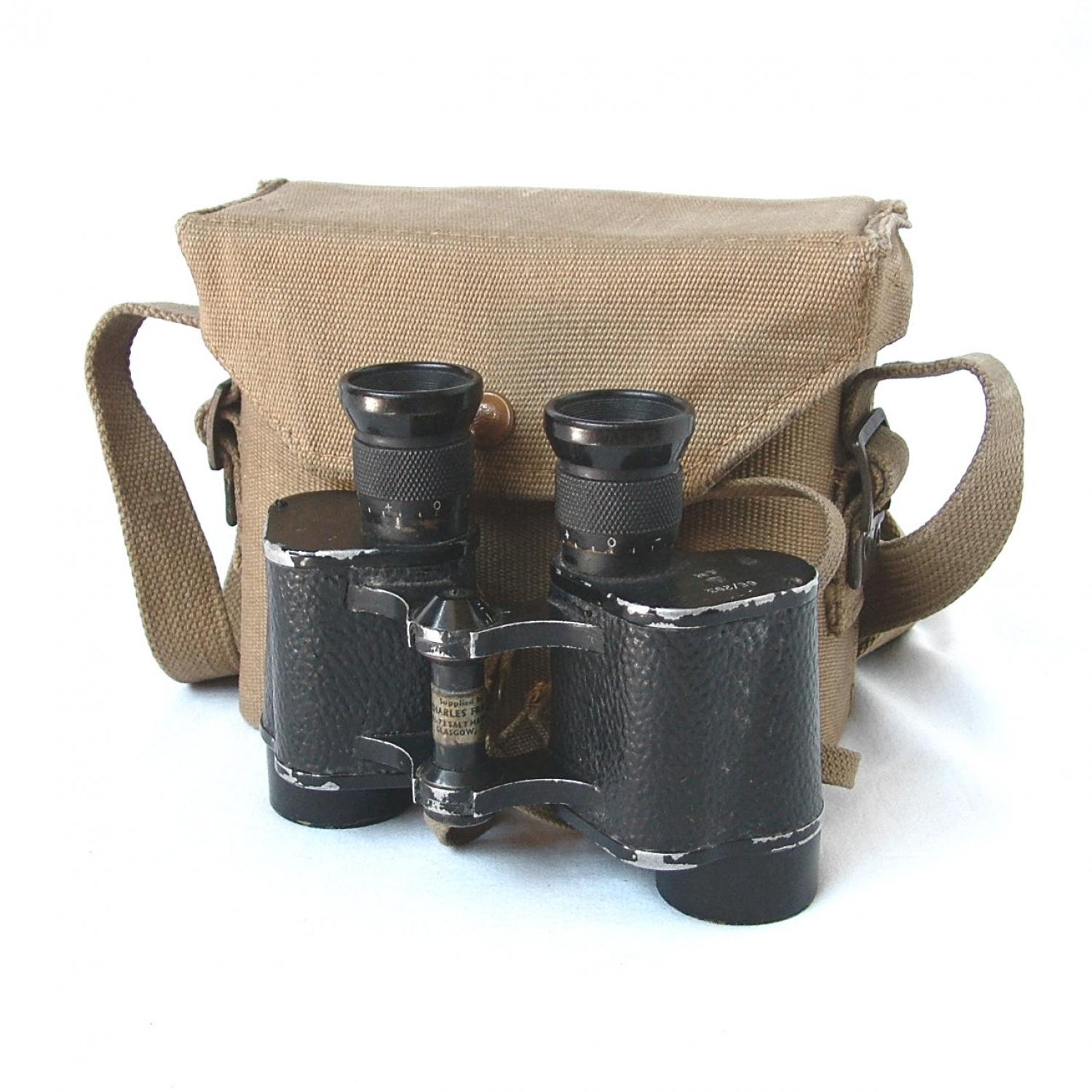 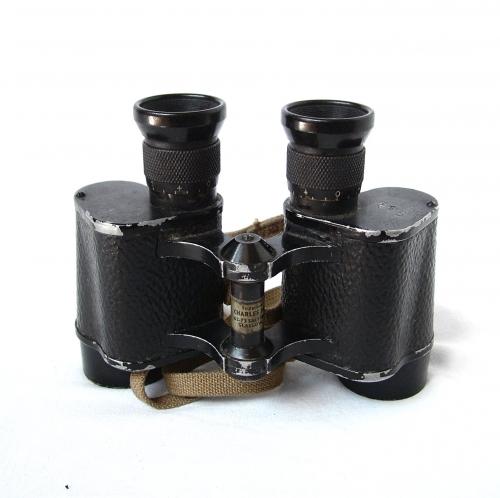 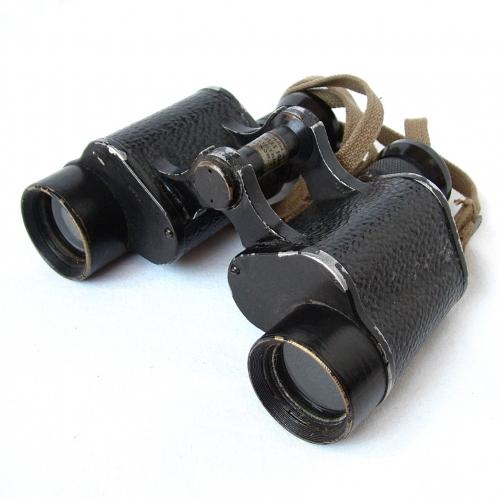 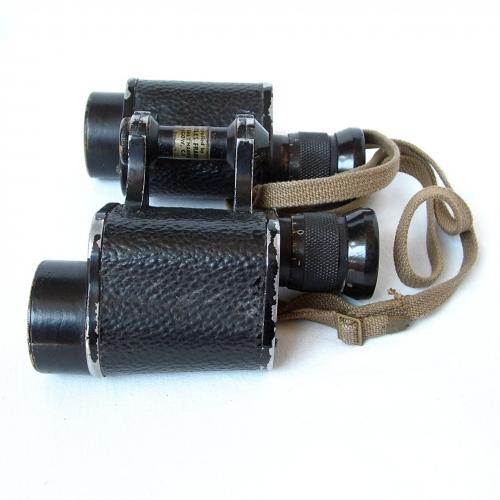 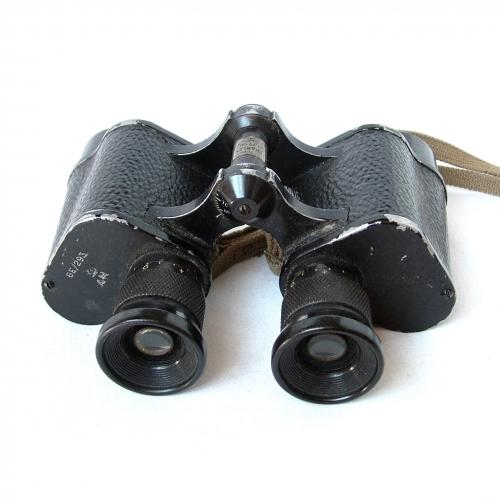 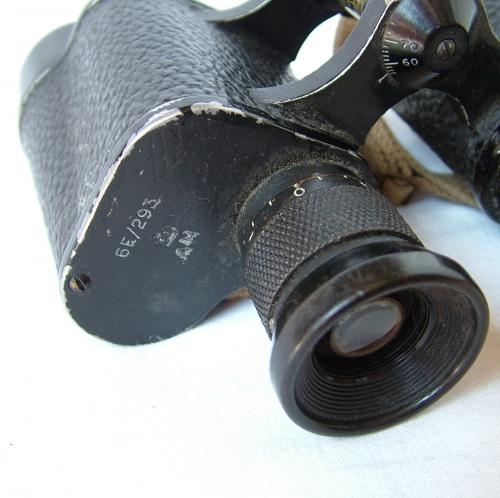 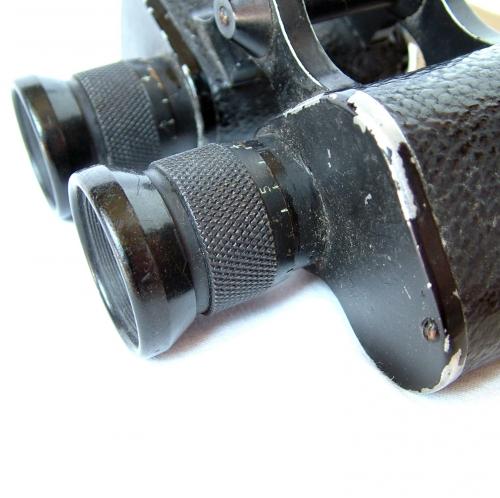 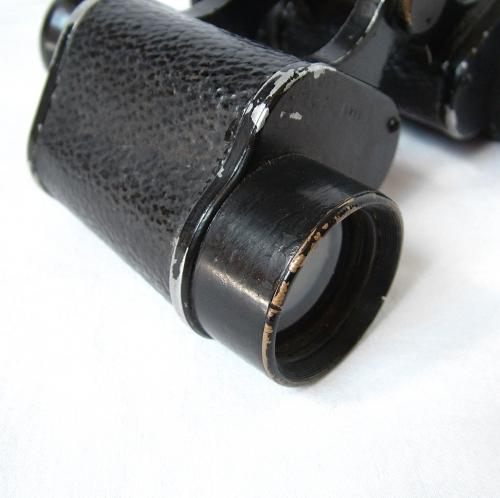 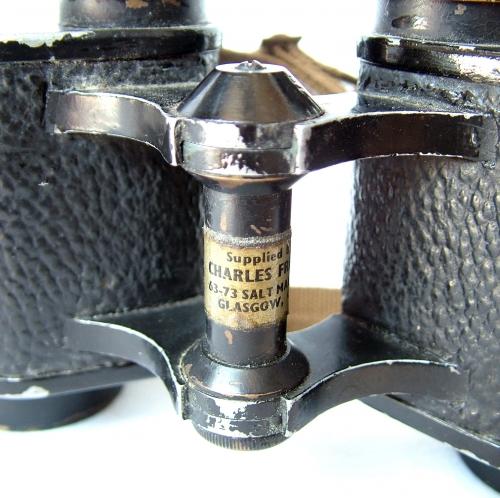 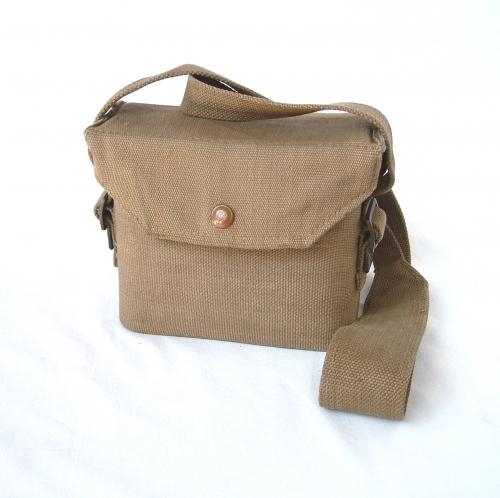 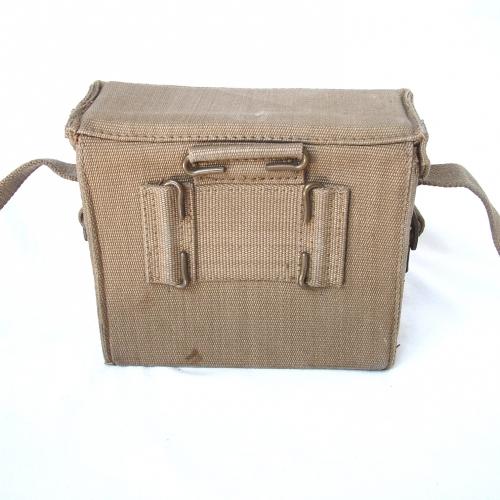 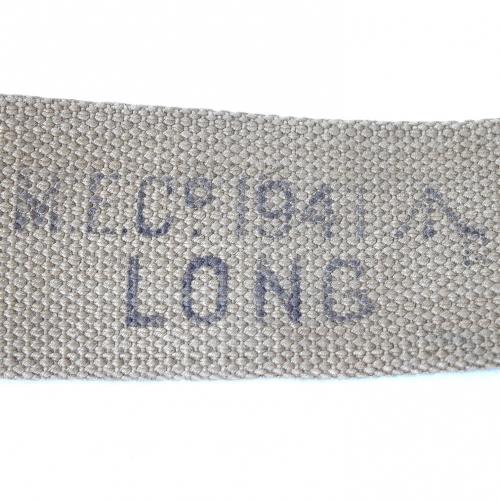 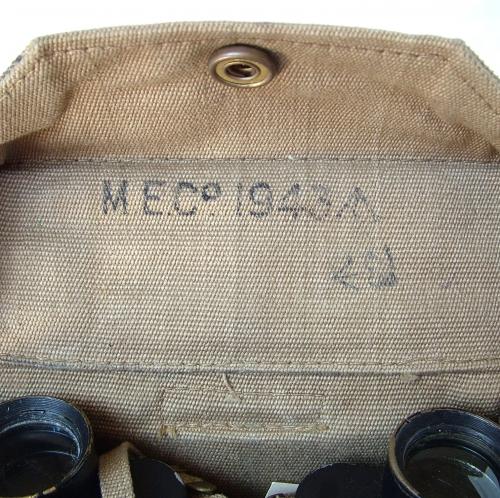 'Binoculars, Prismatic 6 x 30'.  Stores reference 6E/293.  Supplied by Charles Franks.  Marked with Air Ministry King's crown and reference numbers.  6x30 optics. These show some paint loss and general wear but remain in visually good order.  The lenses probably aren't as clear as they were originally and might benefit from a clean but are certainly still useable.  Each prism can be adjusted at the eyepiece to allow for individual differences.  With olive drab webbing neckstrap. These come with the original olive drab canvas case manufactred by the  Mills Equipment Company.  The case is dated 1943 with War Department broad arrow whilst the strap is 1941 dated.  This pattern of binocular was provided for spotting and identifying objects at long rage, from the ground or in the air, and for other reconnaisance duties. Good used condition. Stock code M20014.