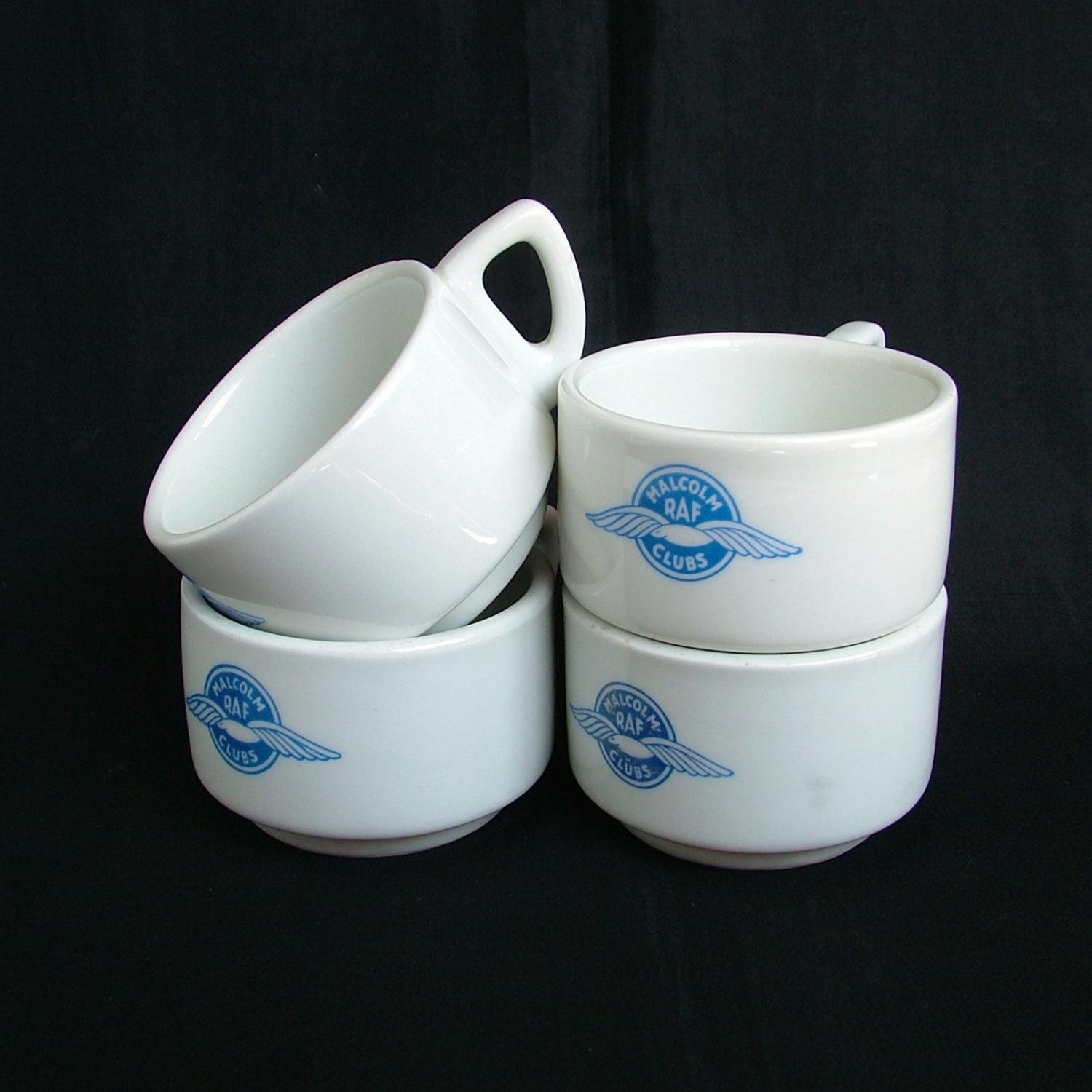 The first Malcolm Club was opened by Lady Tedder in Algiers during 1943. They soon increased in number with clubs in locations all over the world.
They were named after a gallant young Scottish Wing Commander, Hugh Malcolm, who had been awarded a posthumous V.C for operations over Tunis.  The clubs provided not only food but also books, wireless, comforts and a cheery atmosphere in which aircrews could relax.  Airmen regarded these clubs as their own...  These cups are 'Rhenania' china, made in Germany. They have the RAF Malcolm Clubs logo in blue.  We have just four available.  Three in good condition, the fourth with a small chip to the rim (see photo no.10).  They are priced individually, the latter being slightly cheaper.  Stock code C20158/61. 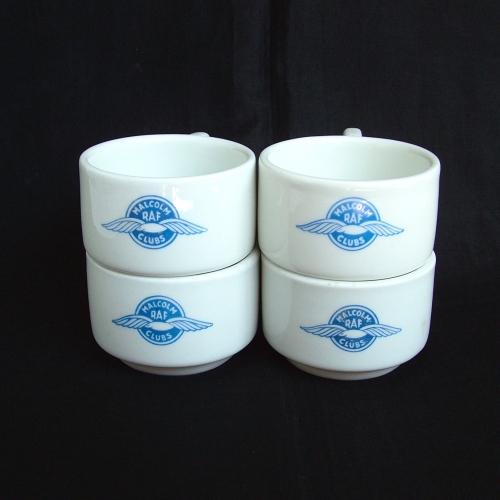 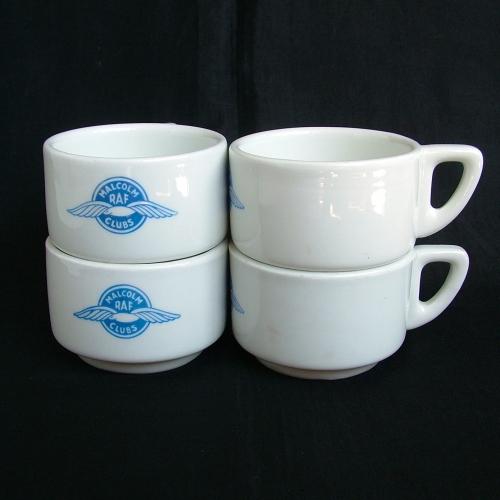 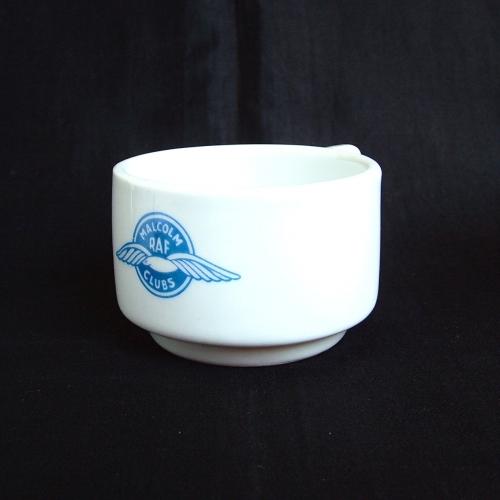 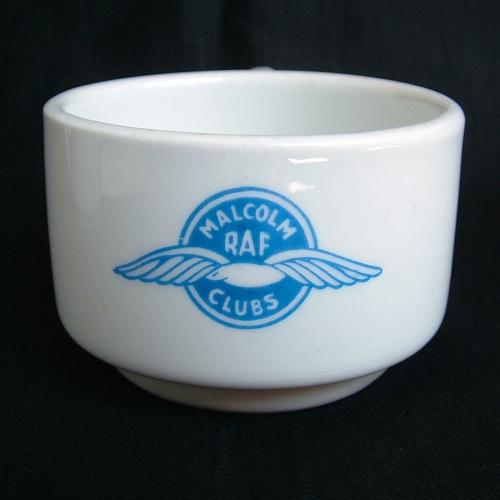 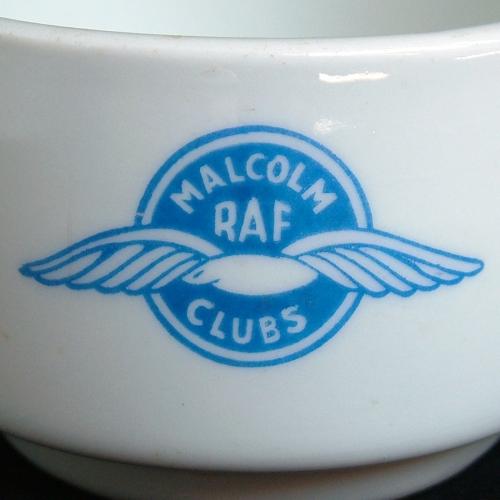 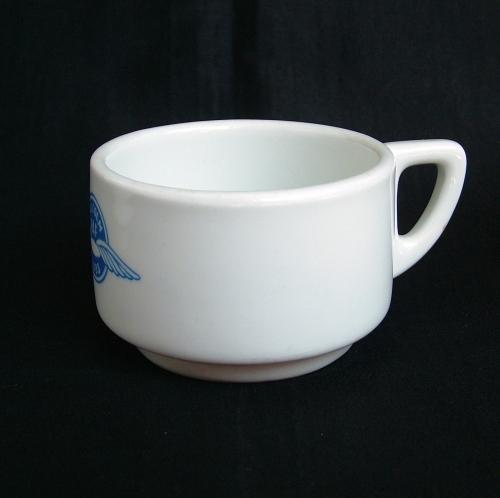 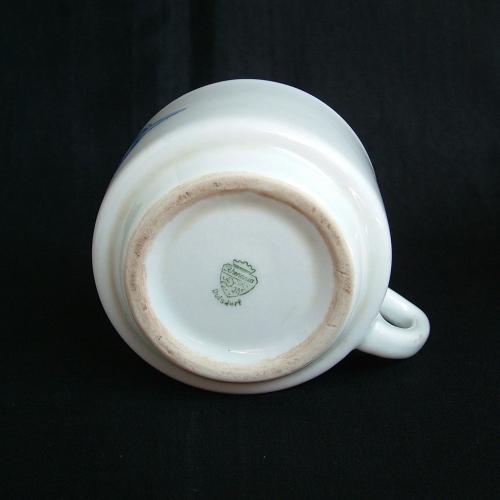 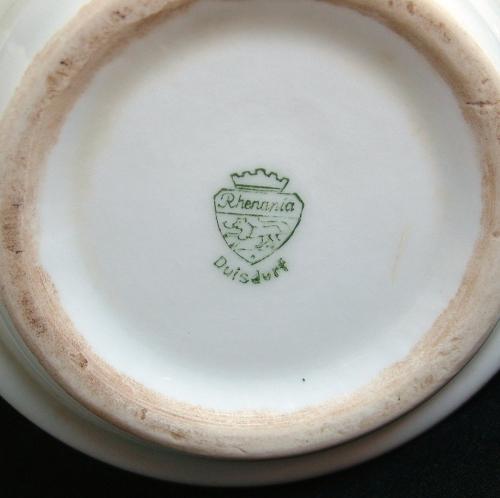 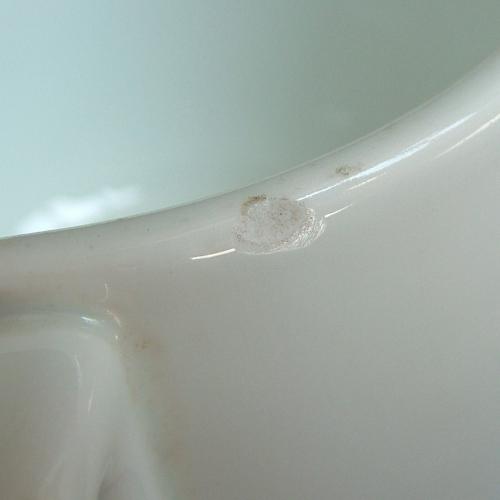 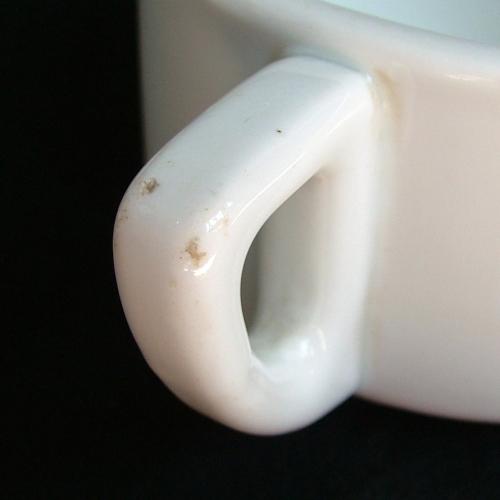