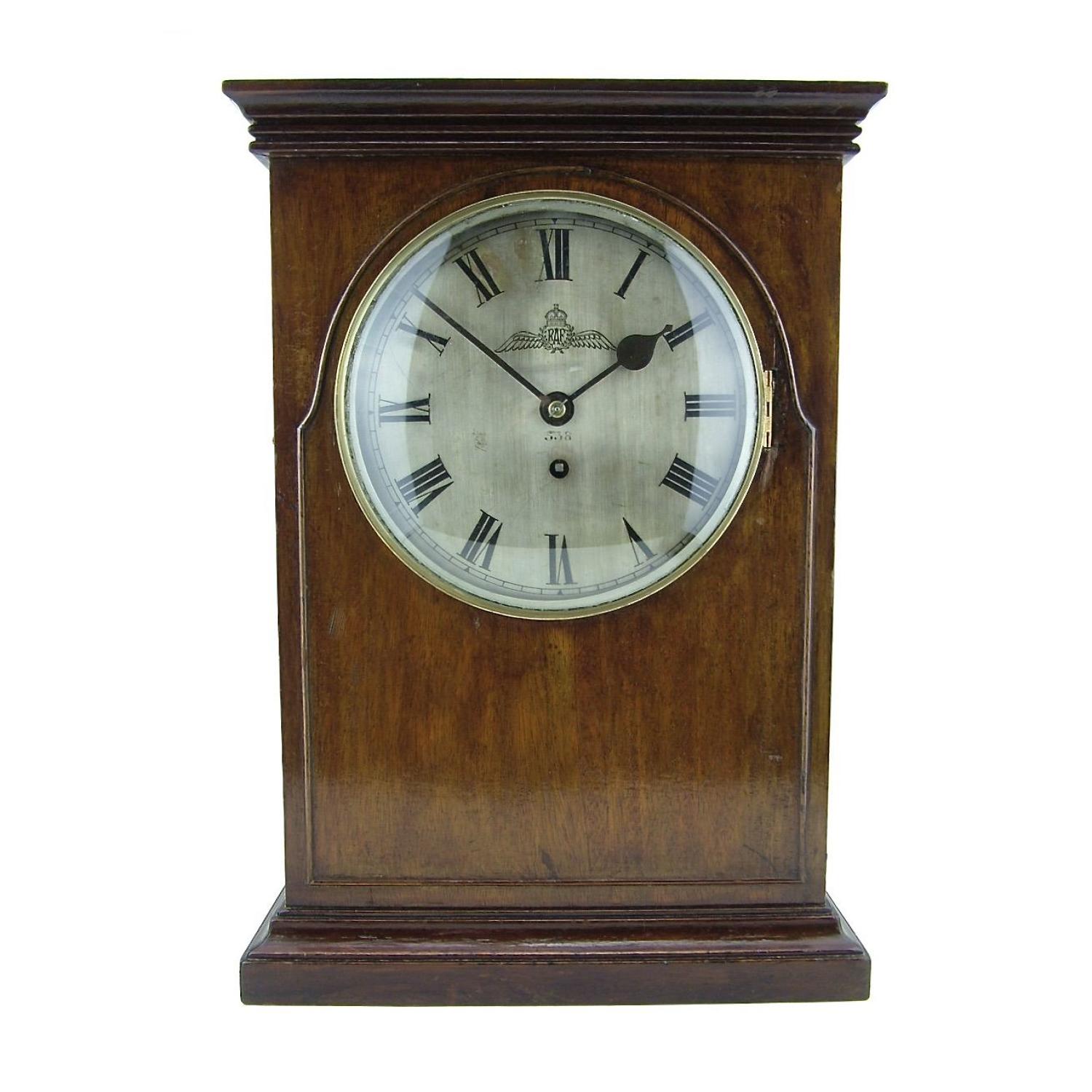 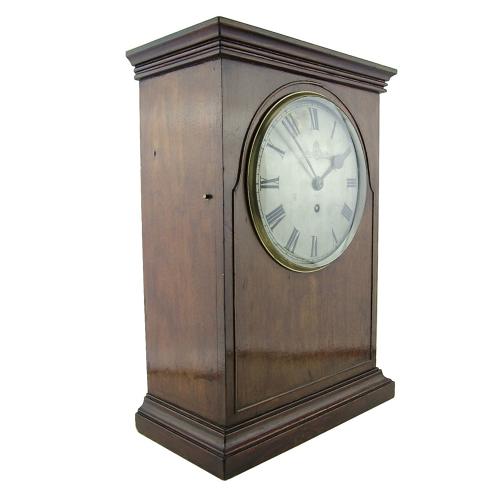 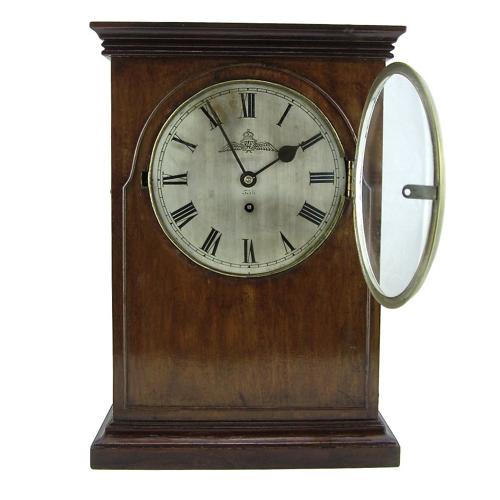 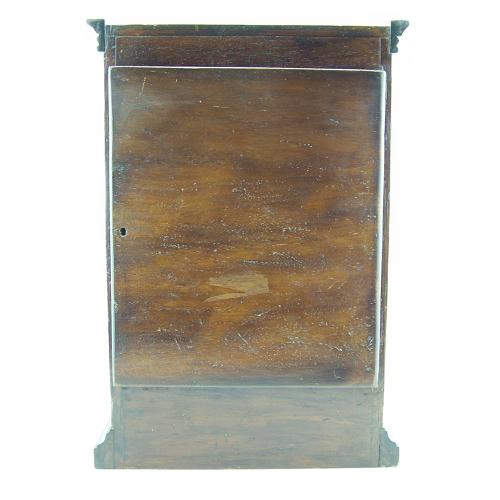 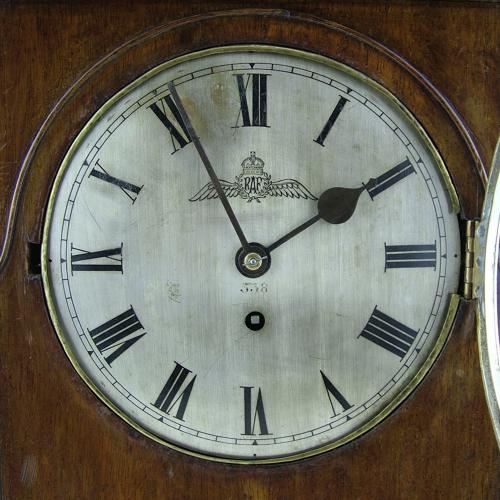 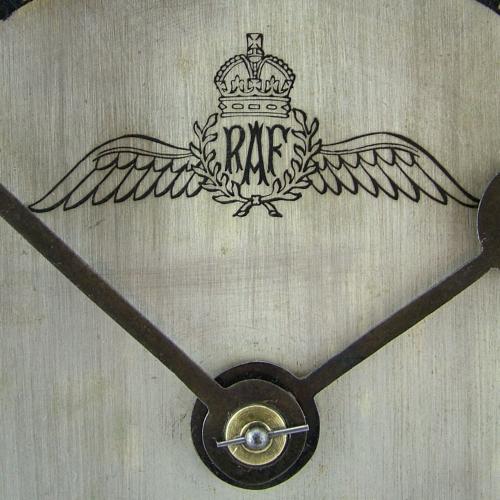 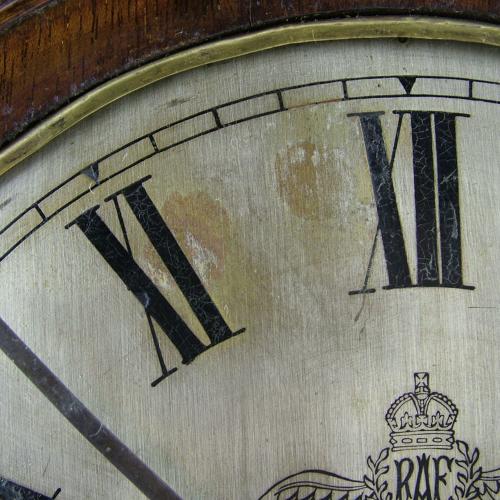 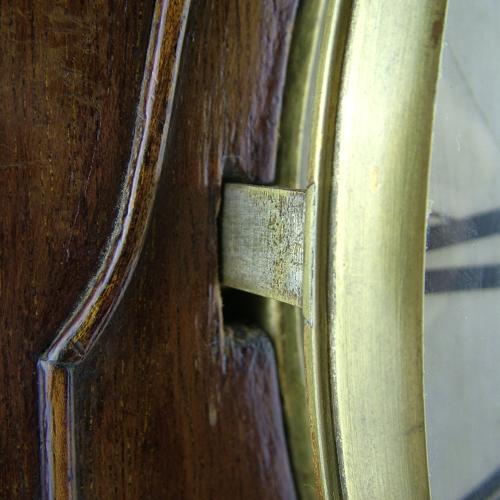 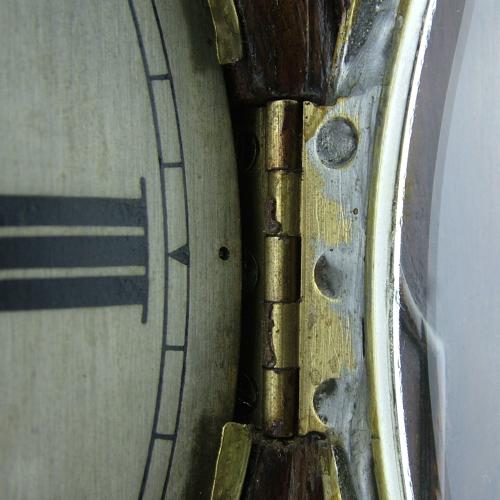 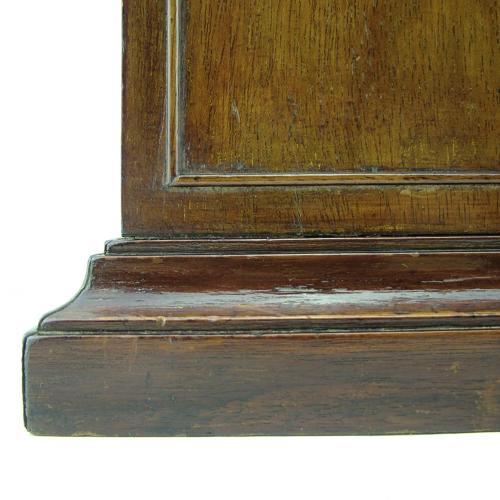 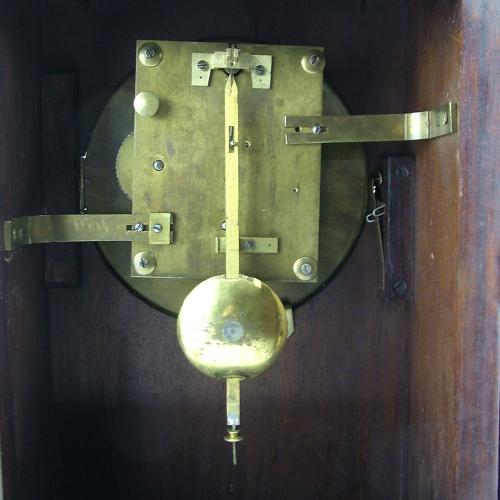 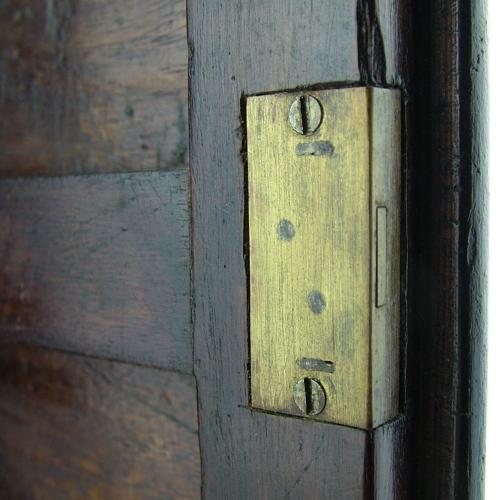 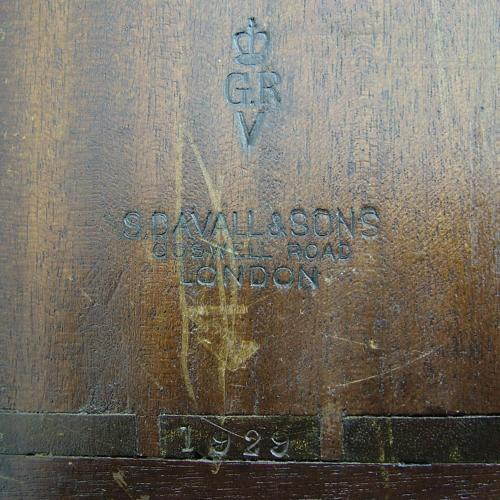 Stores reference 21B/654. 'Clock, bracket, large, mahogany case'.  Approximately 47 x 33 x 17.5cm.  Generally referred to as a "Sergeants' Mess" mantle clock although these were originally intended for use in the officers' mess.  High quality solid mahogany 'flat topped' case with large rear access door.  This rare clock has an early single fusee movement manufactured by S. Davall & Sons of Goswell Road, London in 1929.  It has a 20cm/8" silvered convex dial with engraved Roman numerals and rarely found beautiful early King's crown RAF winged crest infilled with black wax.  Cast brass bezel with convex glass and push button release. The case is in very good overall condition bar a few minor blemishes/knocks and variable patina.  It is clearly marked on the base with a King George V cypher, manufacturer's details and 1929 date (see photographs). As usual with Davall movements, it is unsigned/dated.  The movement is quite clean, retains the original fusee chain (not replaced by a modern phosphor-bronze wire) and pendulum transit screw.  The pendulum was sourced from a scrapped Elliott movement Mantle clock and functions perfectly though does not locate into the suspension block as well as the original would have. The original pendulum will also be supplied but needs a new rod.  The dial shows some wear and marks, notably between the 'XI' & 'XII'  but the RAF winged crest is excellent as are the hands.  The  rear door retains the original lock and the clock comes with keys for this and the movement.  The clock is in good working order and we have had it keeping time for 51/2 days after which it stops.  Normally these movements run for 8 days so perhaps the main spring is weaker than when new?   Davall RAF clocks are very rarely found as it seems that they were only commissioned to manufacture them during 1929.  Only four others are recorded, one being a wall clock, the others being the small mantle clock. This is a large imposing clock that really make a statement in a room. It also sounds great.  Due to the size, weight and delicate nature of clocks collection is advisable.  That said we can ship worldwide and will pack with great care.  Stock code C23646.