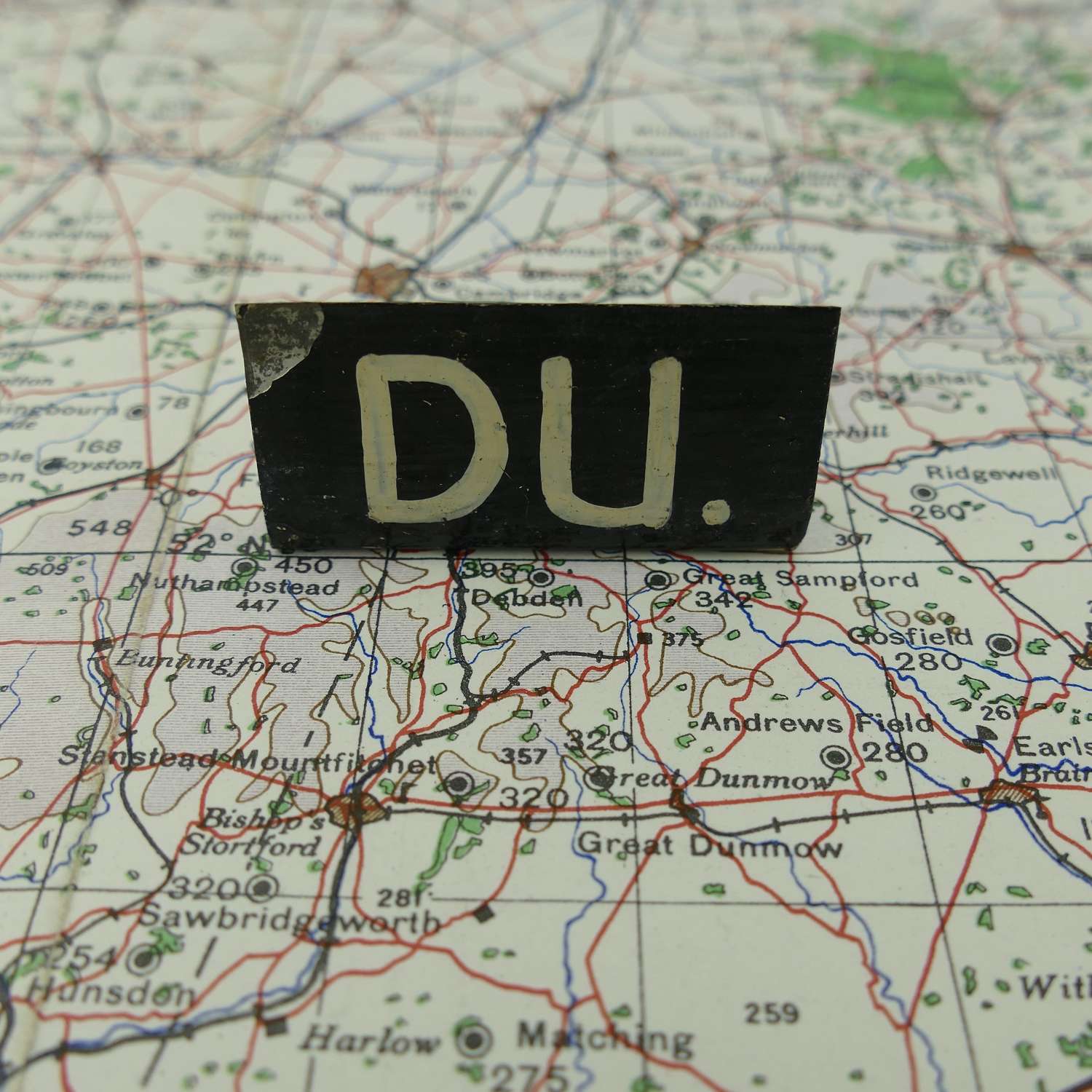 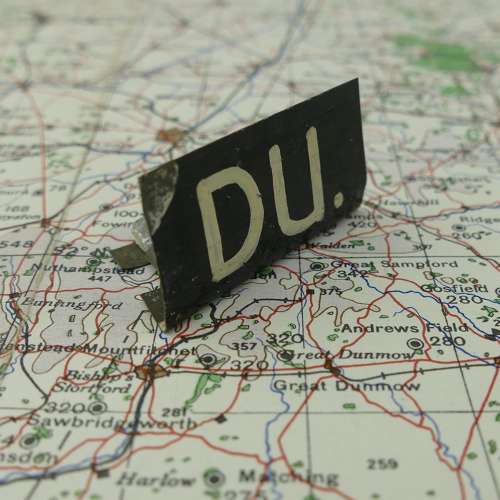 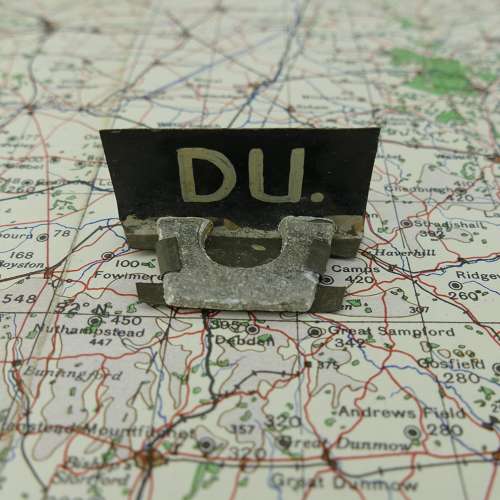 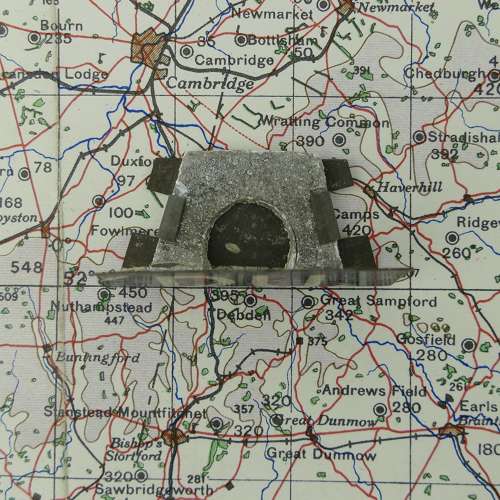 Incredibly rare One-Tier Raid Block/Marker as used in RAF Filter and Sector Operations Rooms during the Battle of Britain and beyond to display important information relating to an enemy raid.  When details of aircraft were received at Group Filter Room level, the information was interpreted on a map table using plotting 'counters' in the form of coloured arrows, discs and shields.  Arrows indicated aircraft seen over land by Observers or over sea by radiolocation.  Shields indicated aircraft heard over land or sea by Observers and discs indicated circling aircraft.  The colour of the plotting pieces related directly to those on the sector clock such that information was updated every 5 minutes.  The raid block itself was normally positioned at the head of the plotting path and provided additional information such as strength, height and whether the aircraft were 'hostile', 'friendly' or 'unknown'.  Various patterns of block were used during the war including wooden and one and three tier metal types.  Most have rails to accomodate interchangeable plastic plaques/tiles but this example is permanently marked.  The block/marker is manufactured of thin steel bent/folded into shape with a thicker metal insert to add stability and for use with magnetic plotting 'wands'.  It measures approximately 1"/25mm tall x 2"/50mm wide x 1"/25mm deep and has been painted black with 'DU'  painted in white.  Both front and rear faces have the same markings so that the plotters can see the information from both angles.  Please note that you are buying the raid marker/block alone, the map is not included and is shown for illustrative purposes only.  The marker/block is in good used condition.  Stock code M26774.