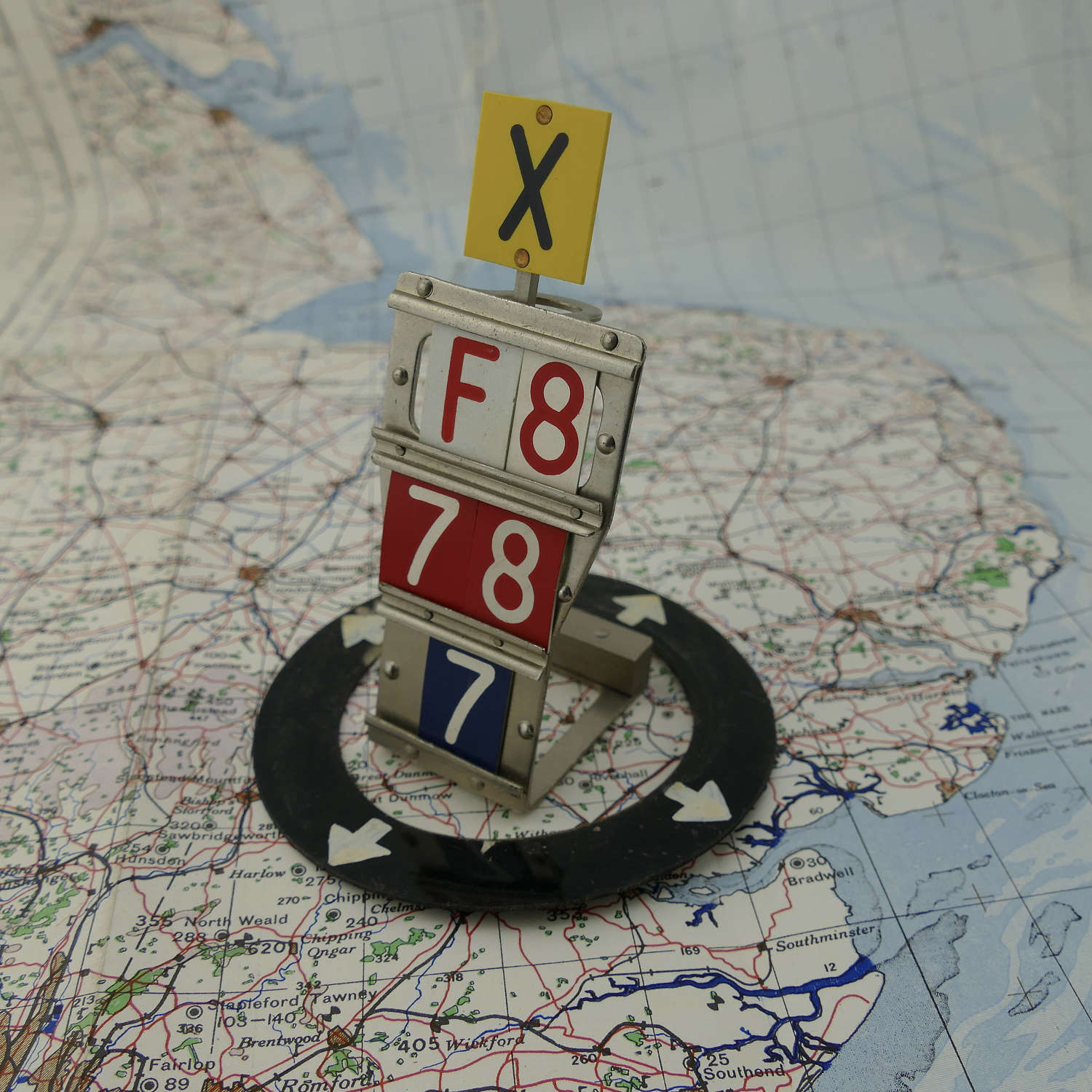 Incredibly rare counter as used in RAF Filter and Sector Operations Rooms during the Battle of Britain and beyond to display important information relating to an enemy raid.  When the density of aircraft over an area was so great as to make it impossible for the raid reporting systems to distinguish separate tracks, a 'Battle Zone' was created using an annular counter as shown here.  Counters of two sizes were used, this example being the smaller, and approximately 10.5cm diameter.  One side is marked with white arrows, the reverse is plain.  With its centre at the position 'Told' as the centre of the 'Battle Zone', all previous counters and raid blocks in the area it covered were removed.  If the 'Battle Zone' is told as 'Heard' by Observers, the plain underside of the counter was displayed.  A raid block was placed on the zone counter and displayed the raid designation and other relevant information as told.

The scenario in the photographs shows a hostile raid Battle Zone allocated as raid number F8, with a strength of 78 aircraft at a height of 7000'.  Please note that you are buying the annular counter alone.  The raid block, letters/numbers and map etc. are not included and are shown for illustrative purposes only.  The counter is manufactured from an early type of plastic and has warped slightly.  There is also some loss of paint as seen but overall condition is reasonably good.  Extremely rare and a fantastic opportunity to create a small Operations Room display.  Stock code M25335-88. 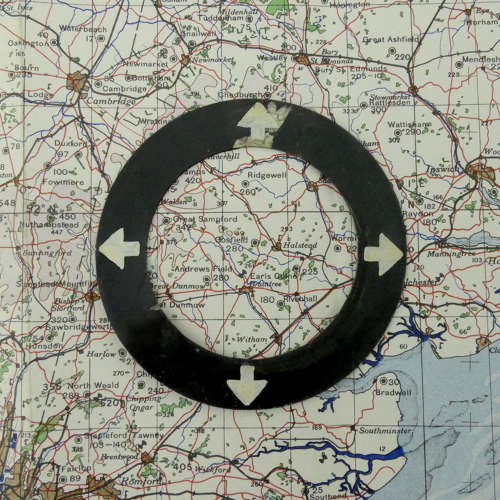 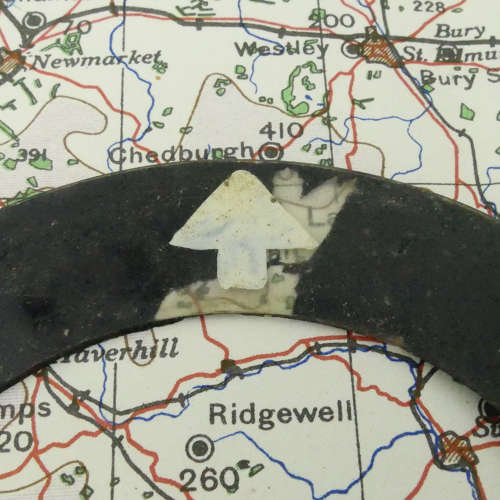 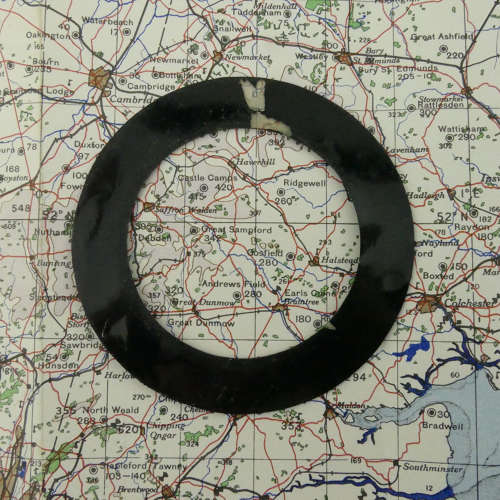 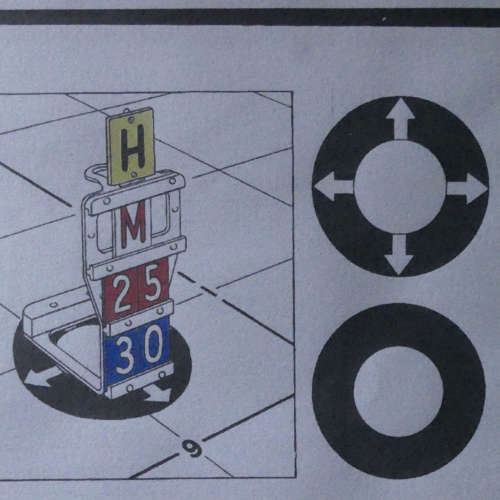