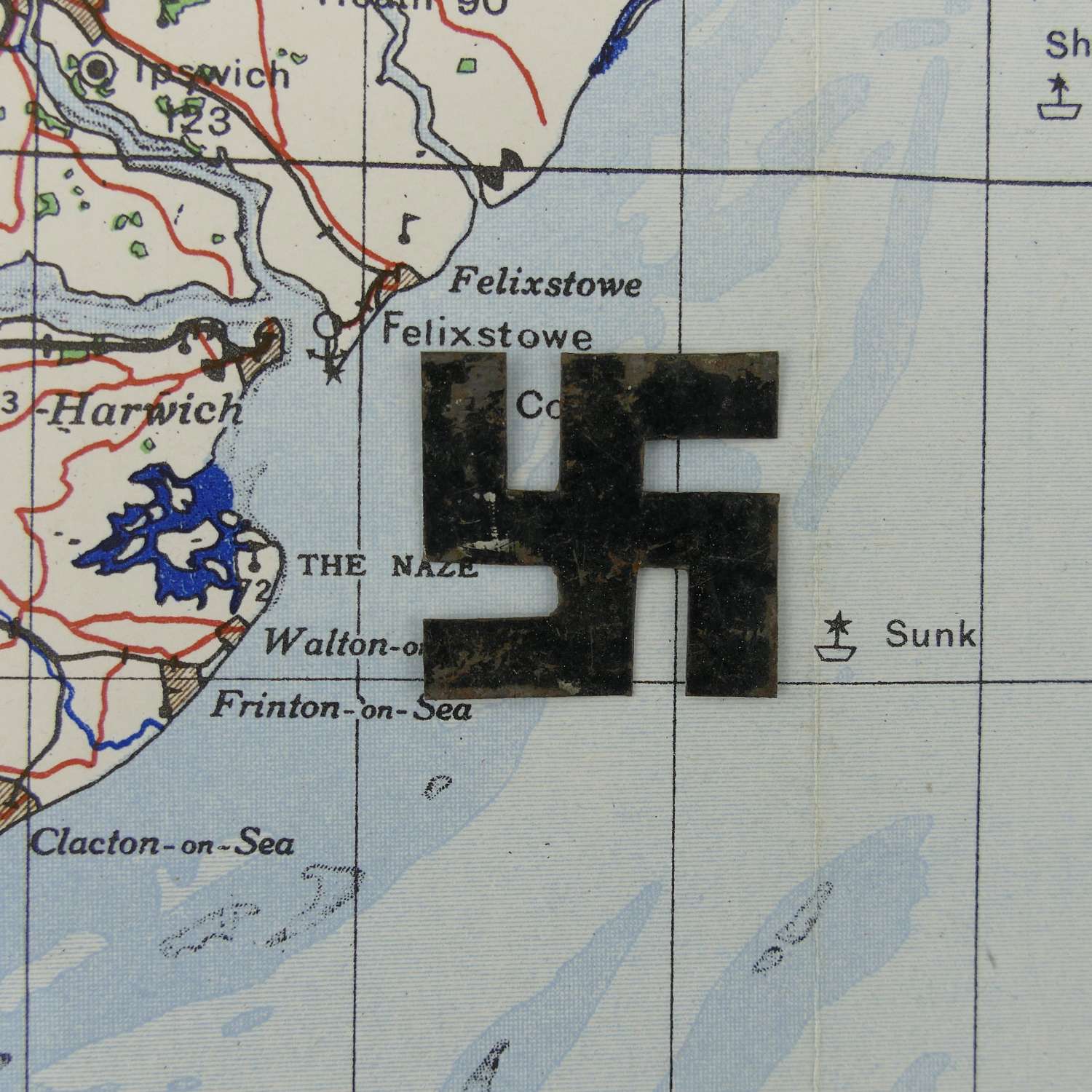 A.M. Ref. 4M/79, Fighter Command Ref. HS.  Extremely rare RAF operations room plotting table symbol used where the operational radius of fighter aircraft covered waters on which enemy shipping might be encountered.  This black painted tin swastika would have been placed to indicate the reported positon on the plotting table maps in all Fighter Command Operations Rooms.  Used in RAF Filter and Sector Operations Rooms during the Battle of Britain and beyond, the symbol measures approximately 25 x 25mm.  It came in with other similar plaques and operations room pieces.  This is just the third example we have ever had.  A fantastic opportunity to create a small operations room display.  Stock code M26754.