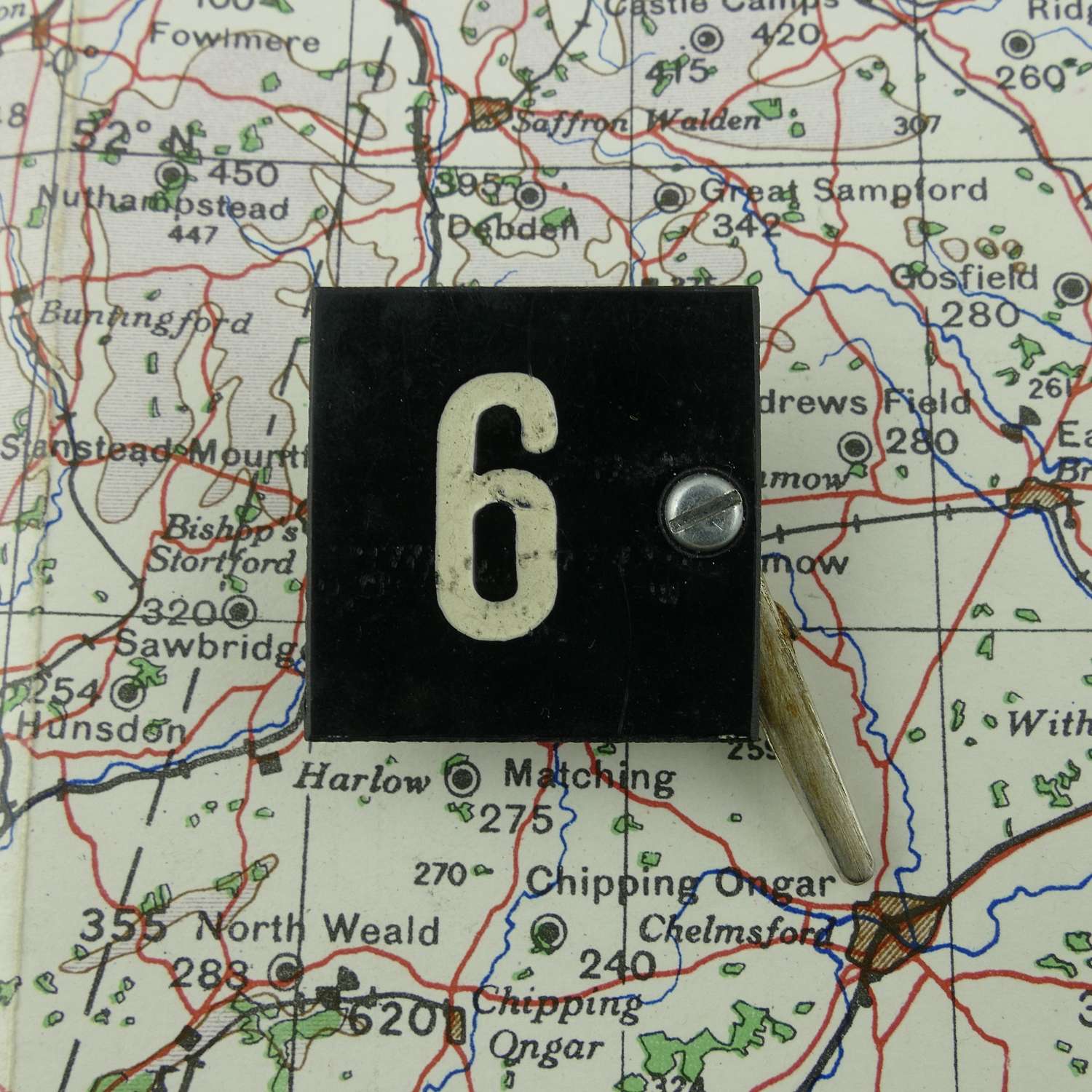 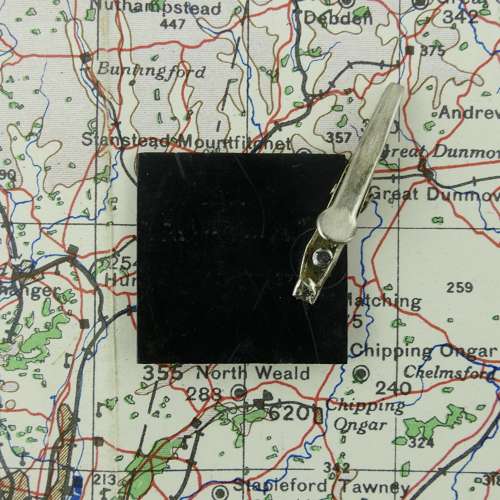 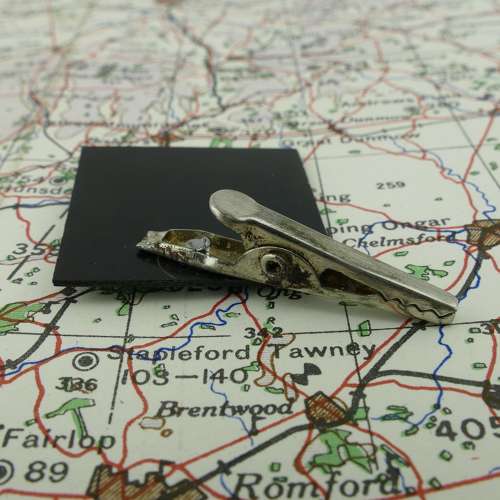 Incredibly rare counter as used in RAF Filter and Sector Operations Rooms during the Battle of Britain and beyond to display important information relating to raids.  On the plotting table within the Operations Room, units of fighter aircraft ordered on patrol, or to intercept, were displayed using special fighter symbols, usually a disc, diamond or irregular hexagon fixed on a metal rod with a stable base.  The symbols were moved to correspond with the actual plan positions of the fighters.  Heights above sea level were shown using a 'Height Clip', Air Ministry reference 4M/5, Fighter Command reference E.L.,  attached to the metal rod.  This height clip is manufactured in some form of early plastic and is engraved with the number '6' / '9'.  A small spring clip is attached via a single screw.  Approximately 3 x 3cm.  The clip & screw are modern replacements but virtually identical to those originally used.  Extremely rare.  Stock code M26029.