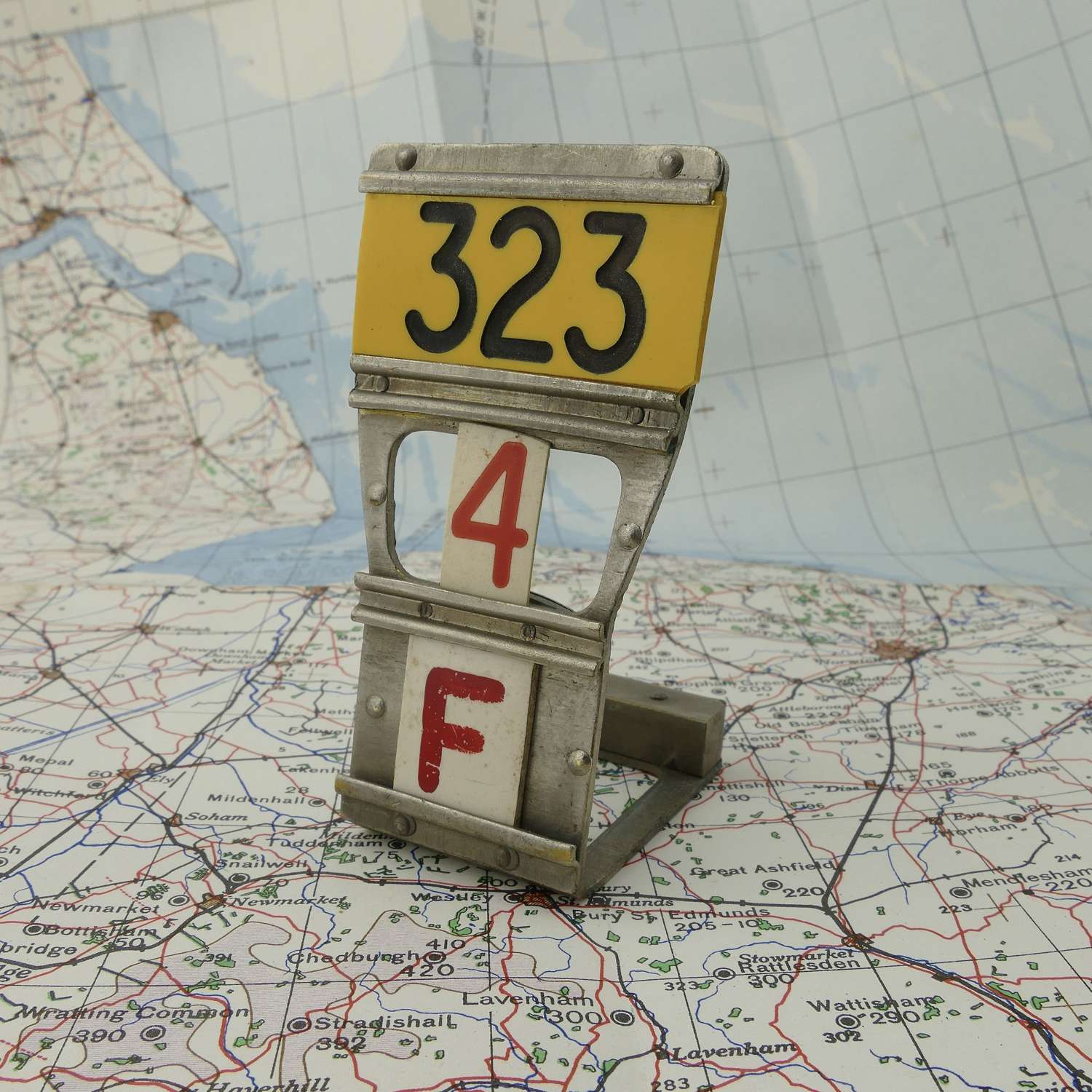 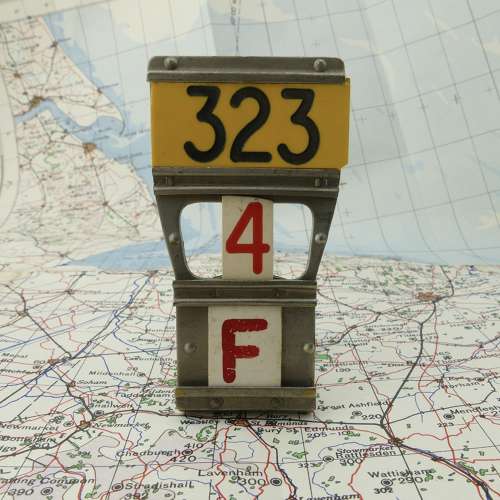 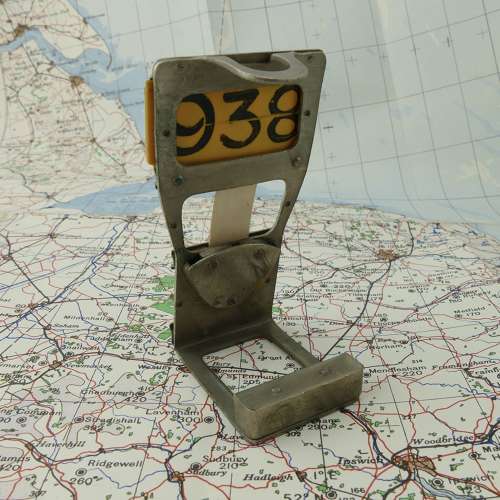 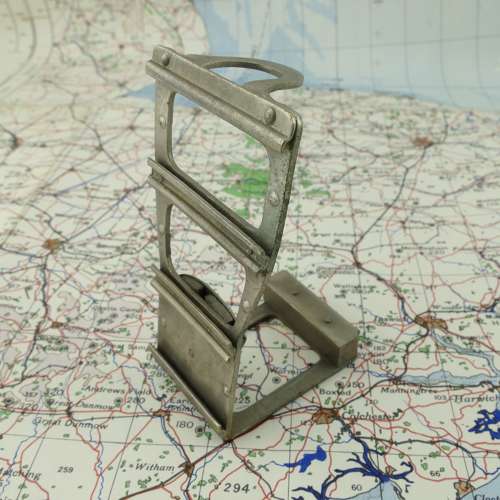 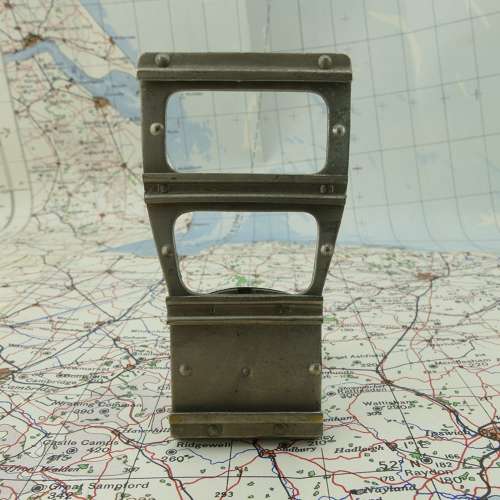 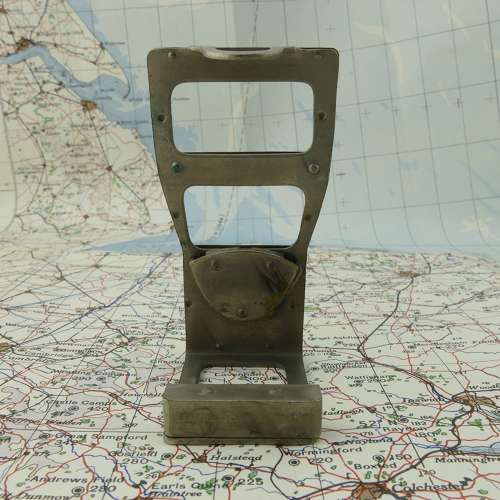 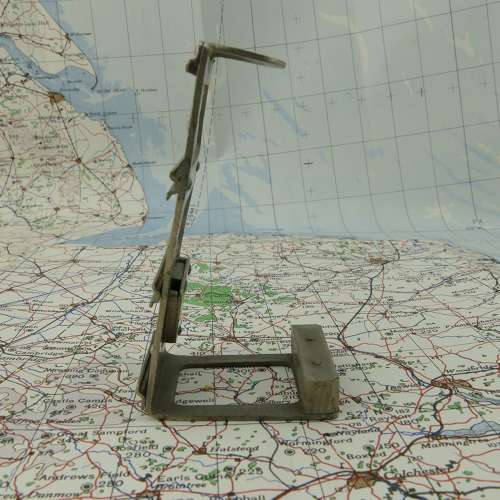 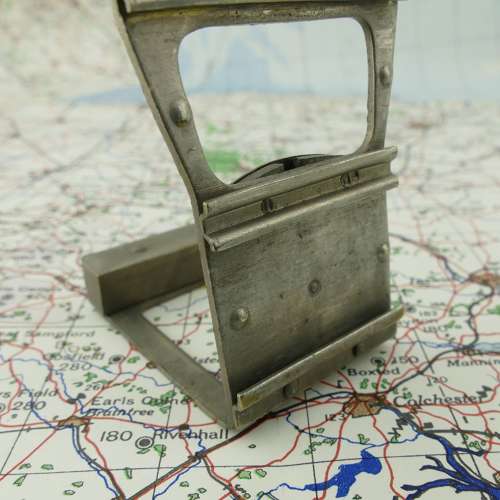 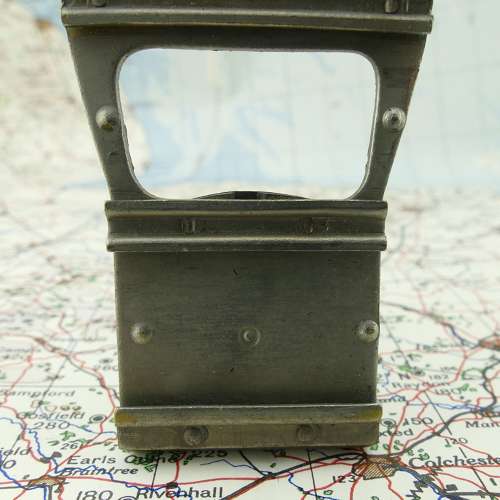 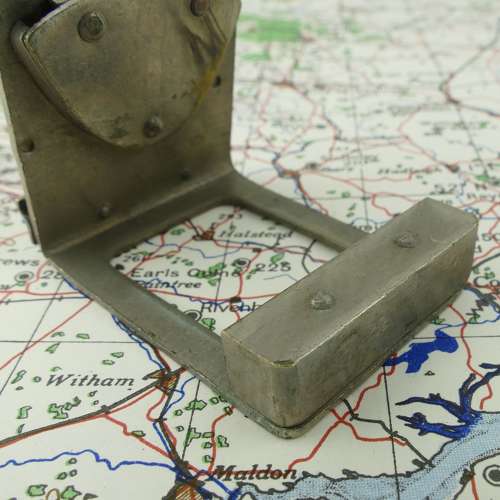 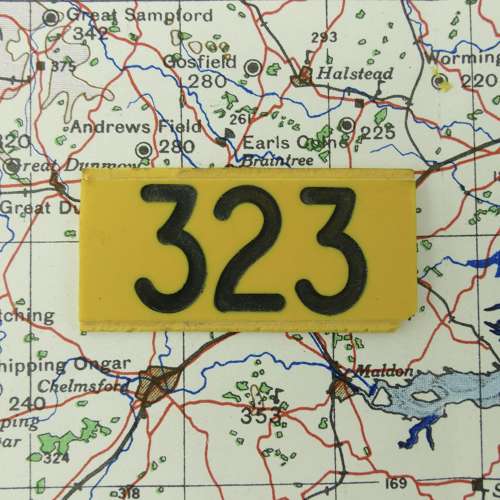 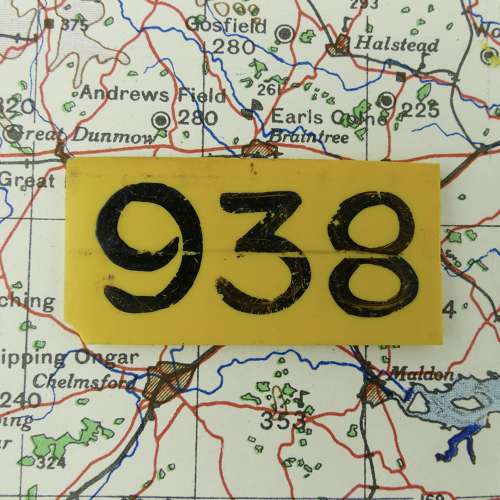 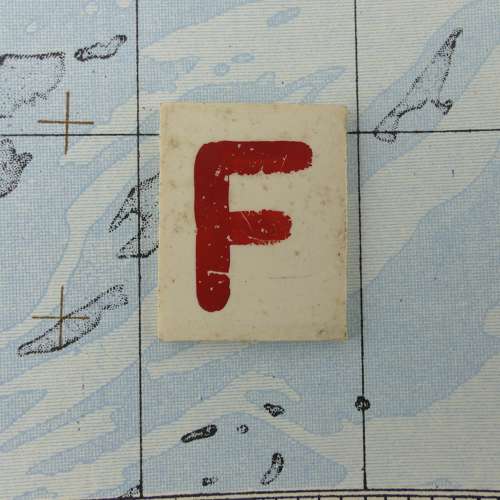 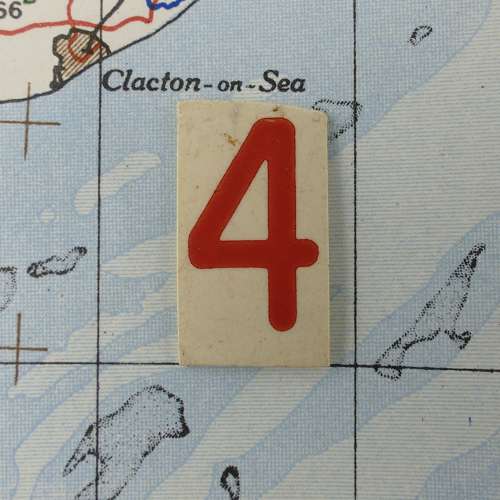 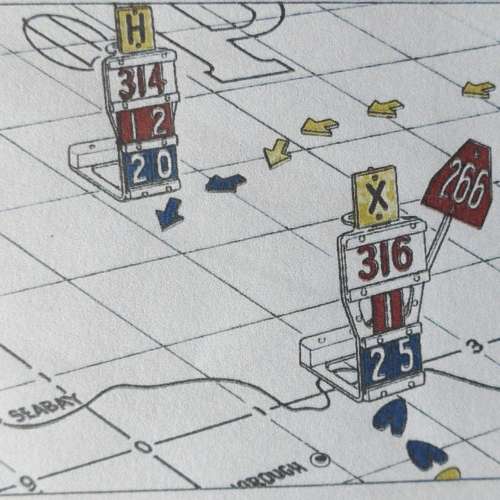 Incredibly rare 3-Tier Raid Block, A.M. Reference AM/3, HQ Fighter Command Reference D.A., as used in RAF filter and Sector Operations Rooms during the Battle of Britain and beyond to display important information relating to an enemy raid.  When details of aircraft were received at Group Filter Room level it was interpreted on a map table using plotting 'counters' in the form of coloured arrows, discs and shields.  Arrows indicated aircraft seen over land by Observers or over sea by radiolocation.  Shields indicated aircraft heard over land or sea by Observers and discs indicated circling aircraft.  The colour of the plotting pieces related directly to those on the sector clock such that information was updated every 5 minutes.  The raid block itself was normally positioned at the head of the plotting path and provided additional information such as strength, height and whether the aircraft were 'hostile', 'friendly' or 'unknown'.  Both wooden and metal blocks were used during the war (as illustrated in a 1942 dated Secret Air Defence Pamphlet).  This block is made of alloy and stands approximately 9cm tall x 5cm wide x 5cm deep with integral 'rails' on which the plastic letters and numbers can be placed.  Other information could be added to the block in the form of plotting pieces on metal 'stems'.  This block is supplied with a yellow 3 Figure Raid Designation Plaque, Headquarters Fighter Command Reference No. T.A, engraved with the number '323' on one side and '938' handpainted on the reverse.  It also comes with a Raid Indentification Symbol 'F', HQ Fighter Command Reference P.F.  and a Raid Strength Plaque, HQ Fighter Command Reference T.C., marked '4'.  Please note that you are buying the raid block and the letters/numbers but not the map which is shown for illustrative purposes only.  The yellow plaque had clearly been in position for a very long time and was difficult to remove being a very tight fit.  The number and letter plaques are a relatively loose fit. The block is in excellent used condition.  A fantastic opportunity to create a small operations room display.  Stock code M26090.