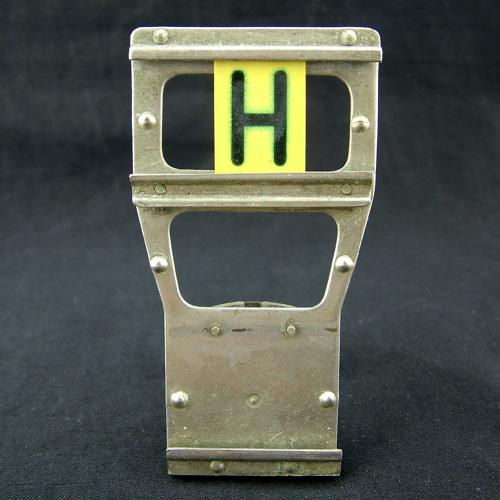 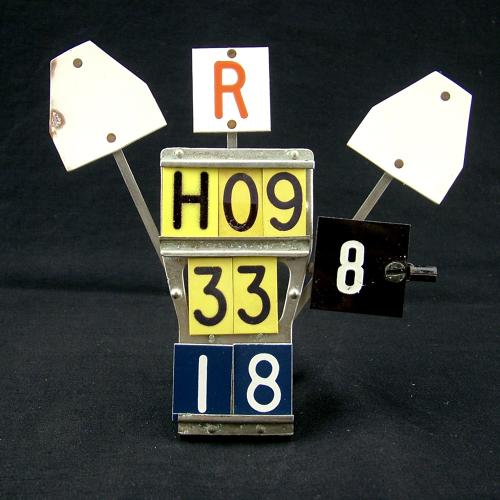 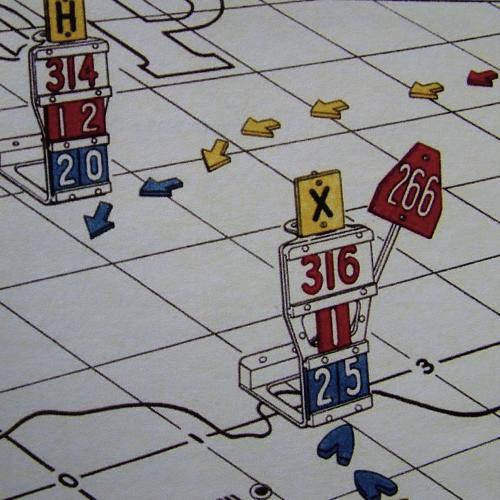 Incredibly rare 'Raid Block' letter used  in RAF filter and sector Ops rooms during the Battle of Britain and beyond to display important information relating to the strength of an enemy raid.  The raid block itself was normally positioned at the head of the plotting path and provided information such as  strength, height and whether the aircraft were 'hostile', 'friendly' or 'unknown'.  This letter 'H' is printed in black on some form of early plastic and were probably used to represent enemy aircraft.  They would have been positioned on the raid block along with other tiles representing  serial number of the raid.  Please note you are buying one single letter tile, other letters/numbers, the block and map etc are shown for illustrative purposes only.  We have a small quantity of letters available.  A fantastic opportunity to create a small Operations room display.  If you are lucky enough to own a Sector clock then this is a must have item.  Stock code M23374-1h.