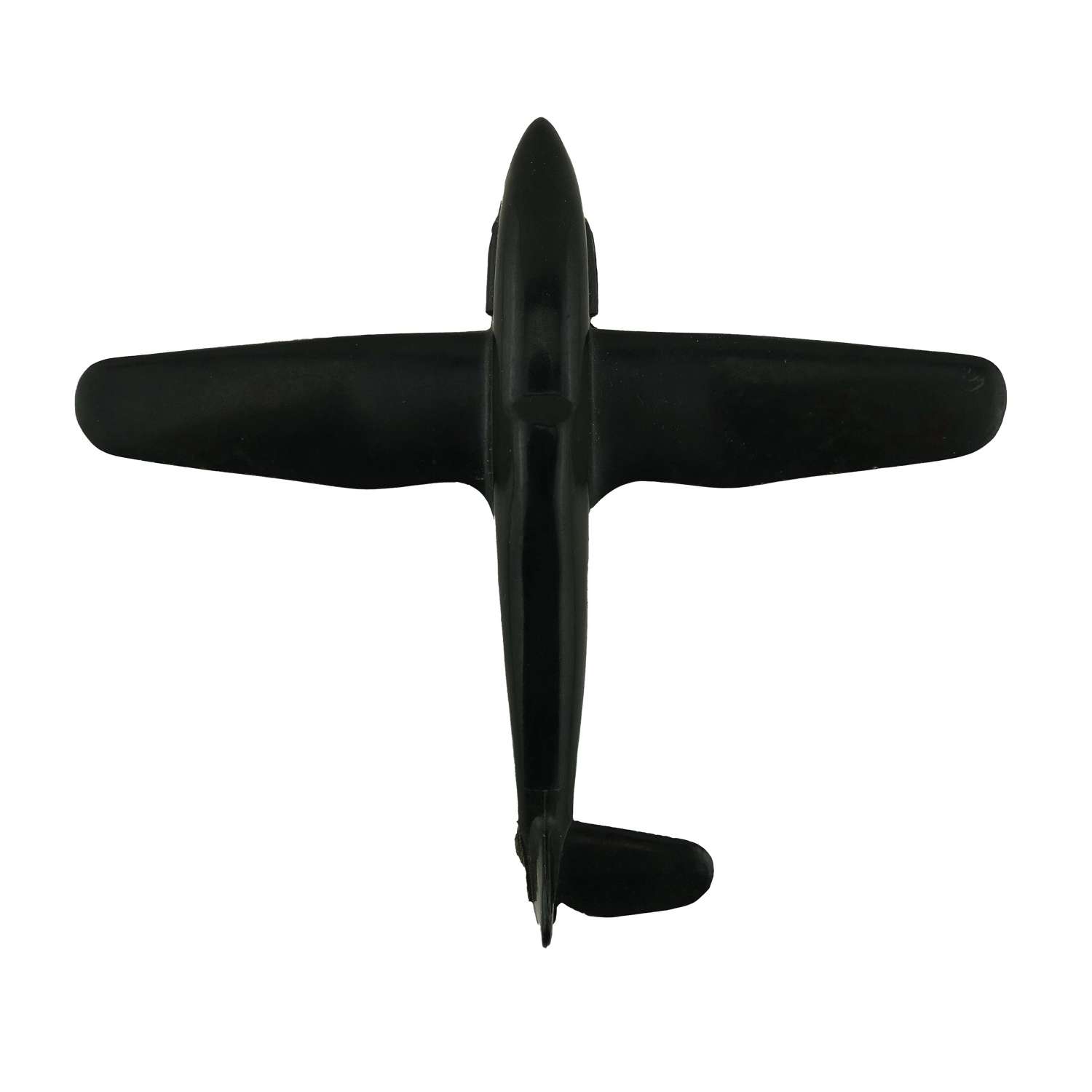 1/72nd scale R.A.F. recognition model of the infamous and fictitious Heinkel 113, a 'super-fighter' that never was.  The Luftwaffe publicised the fact that a new fighter capable of 390mph was entering service, some as night-fighters.  In fact, they took existing He100s and gave them a fancy paint job, photographed them on various airbases and published the photographs in the Der Adler and other magazines.  The RAF were taken in, adding the He113 to recognition manuals and creating this model for identification purposes!  It appears to be manufactured from bakelite and is marked underneath 'He113'.  It measures approximately 13cm wingspan and 11cm from nose to tail.  Sadly one of the horizontal stabilizer sections has broken off, otherwise it is in excellent condition with only minor knocks and scratches.  Perhaps restorable?   Stock code M24215A-218. 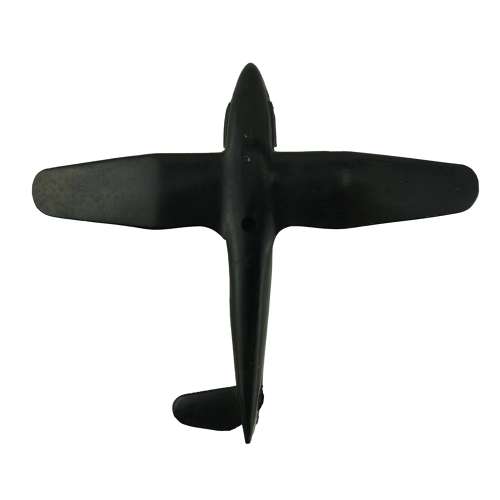 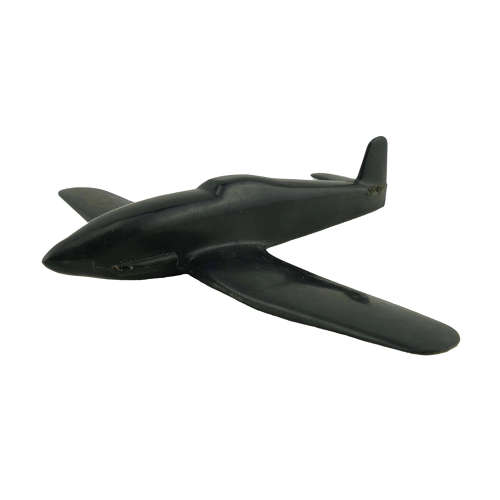 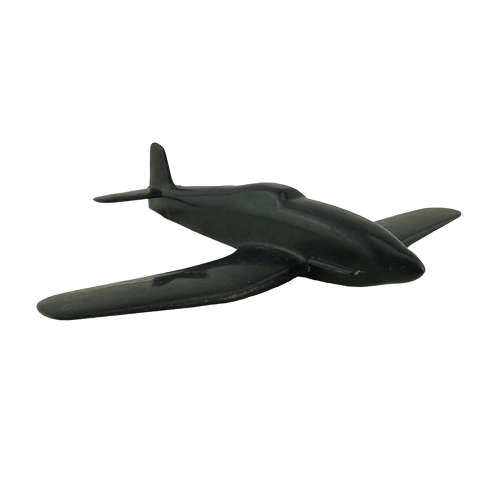 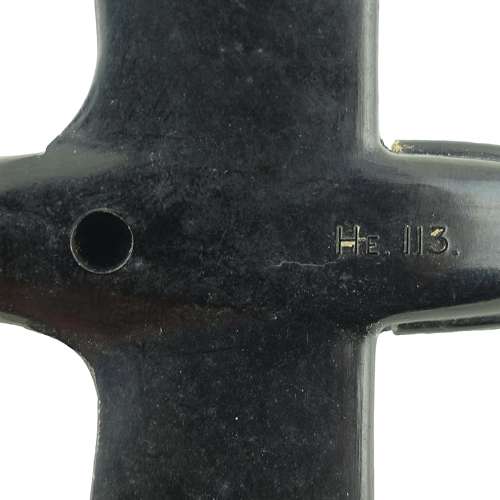