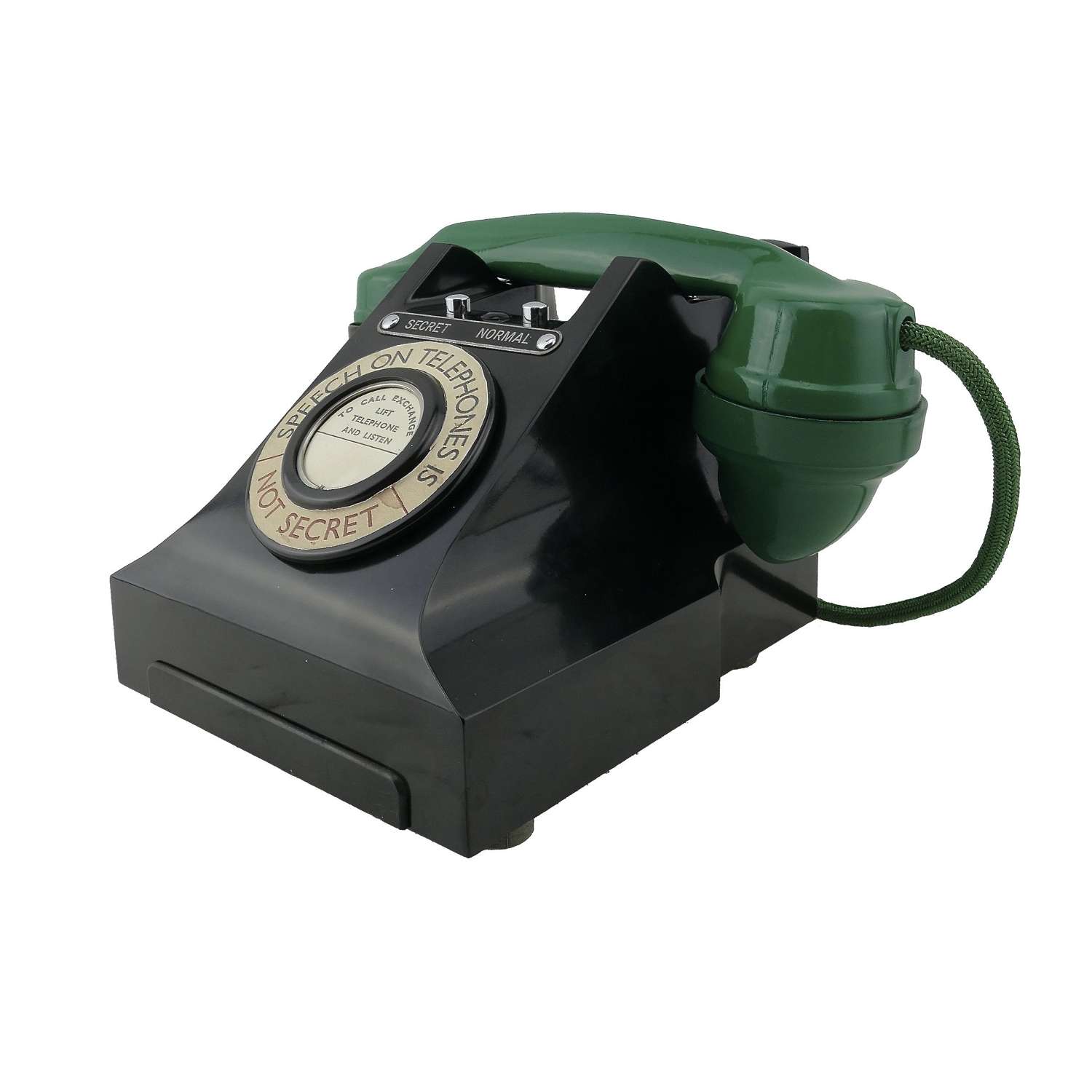 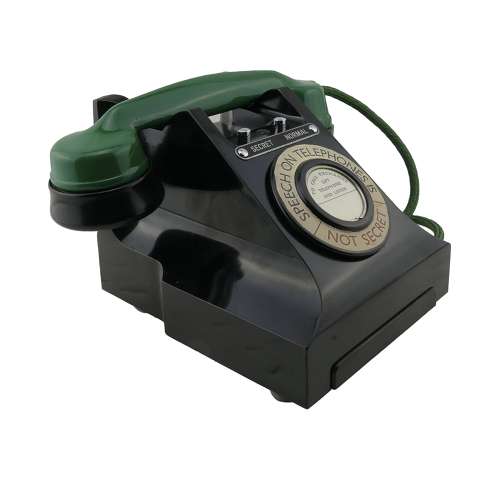 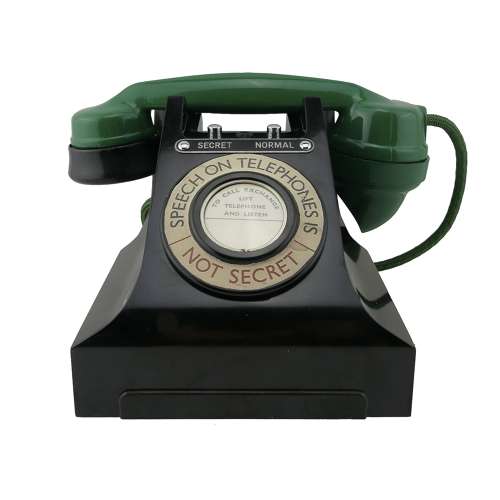 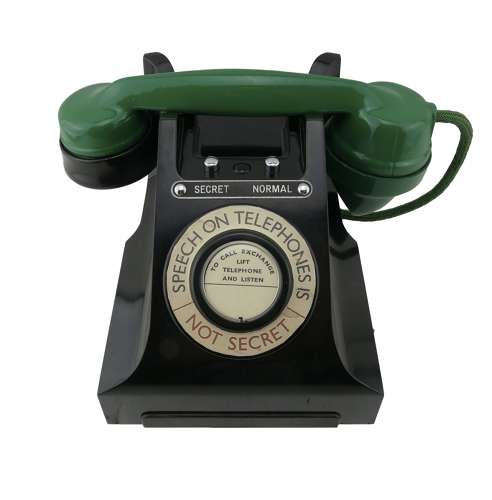 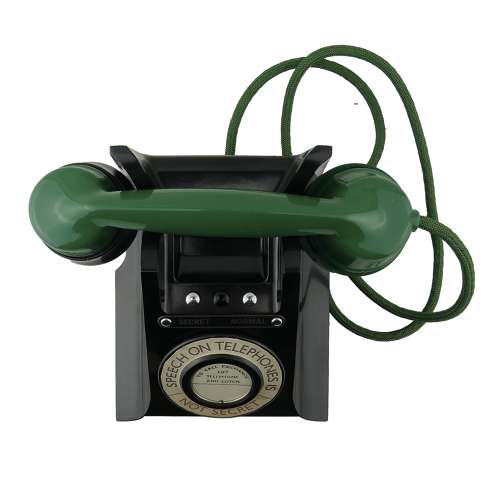 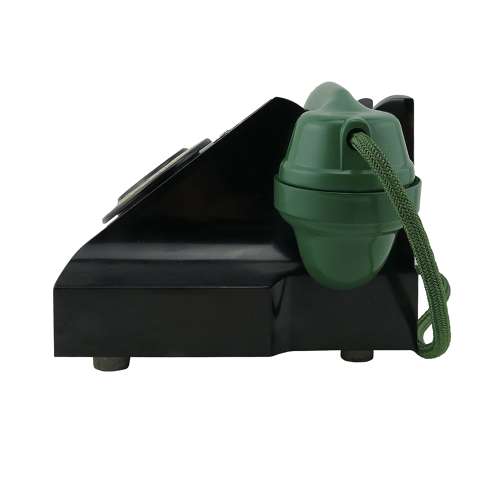 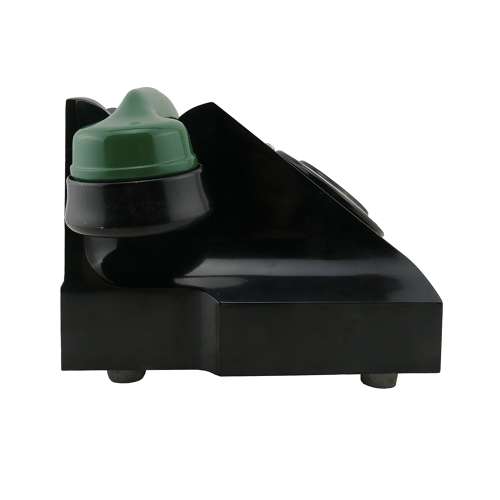 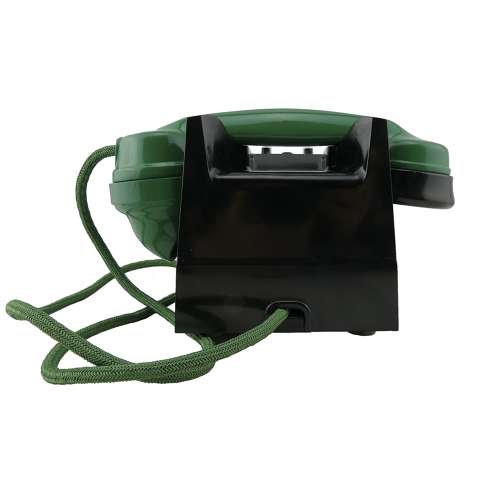 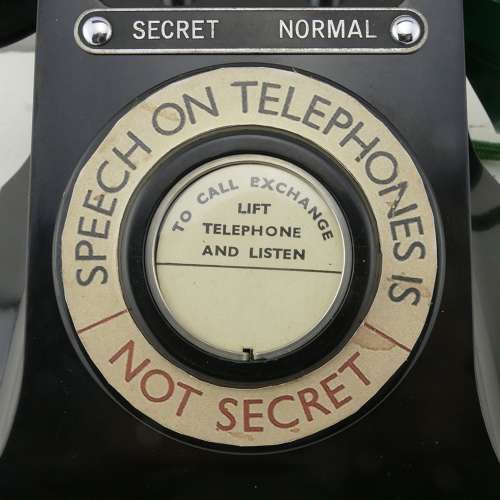 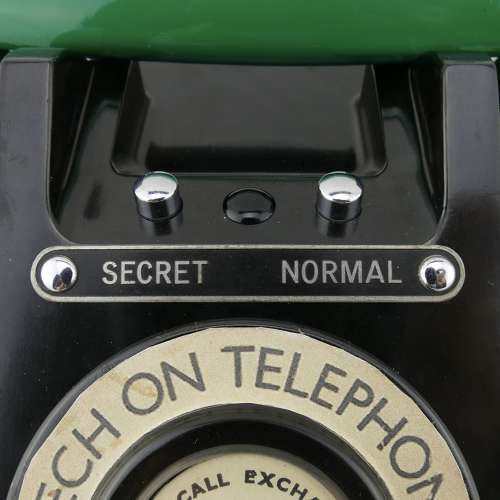 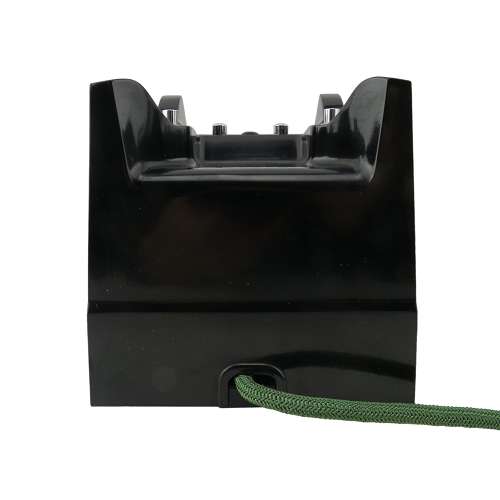 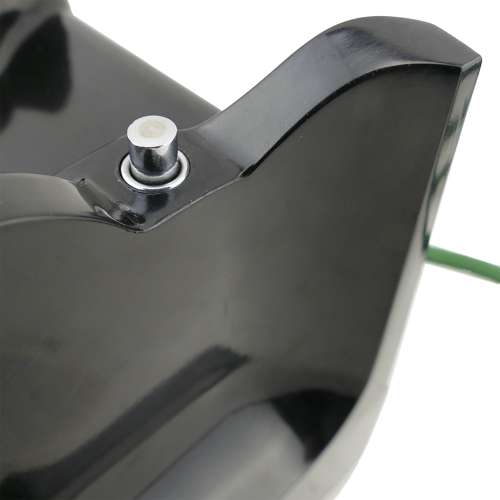 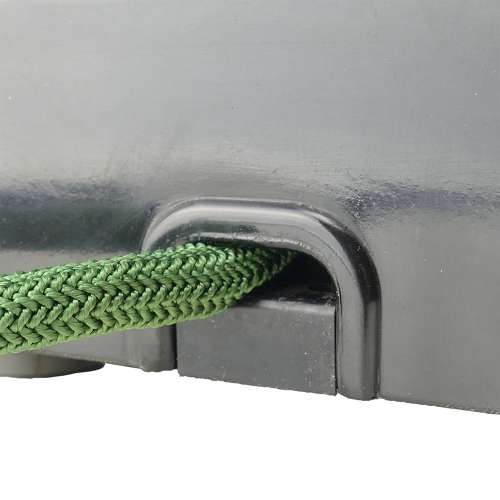 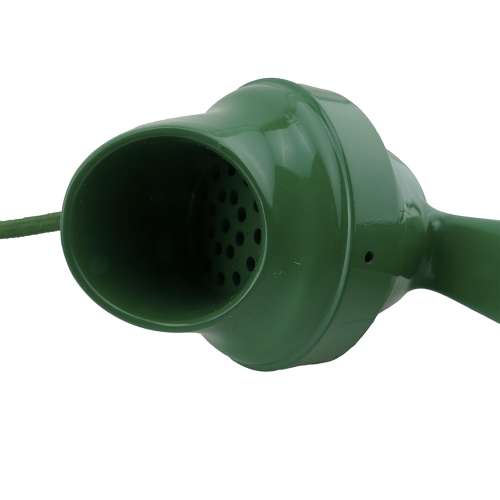 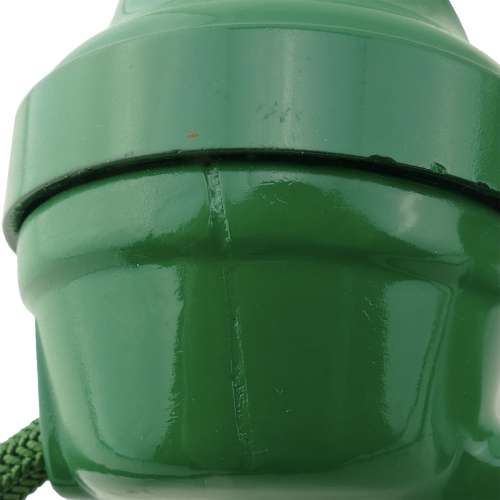 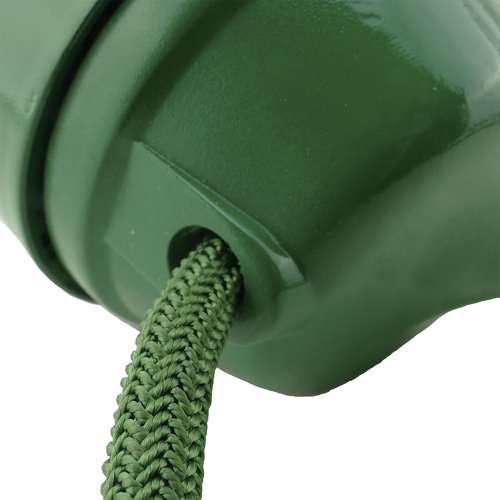 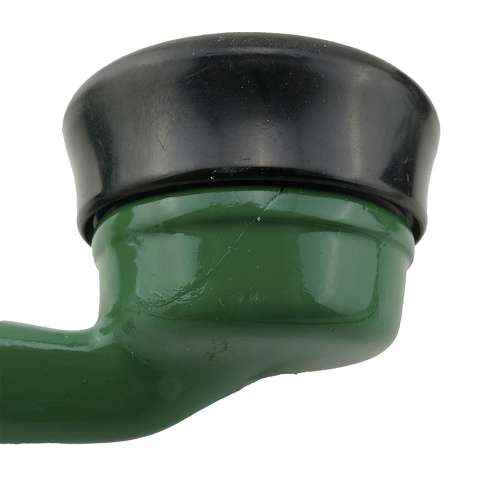 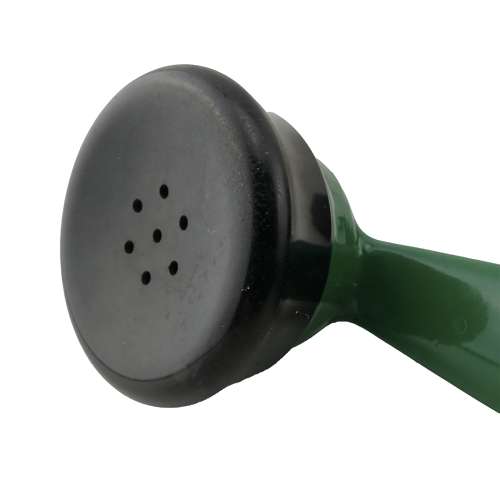 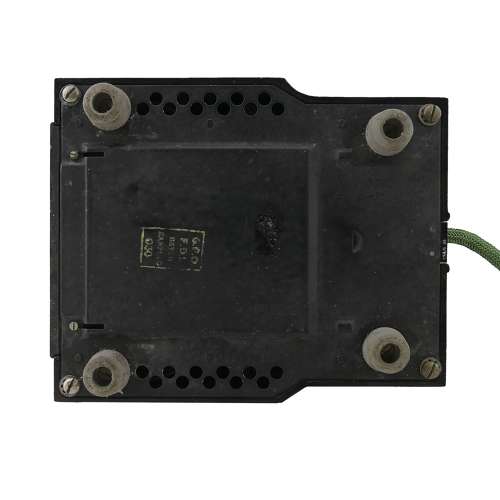 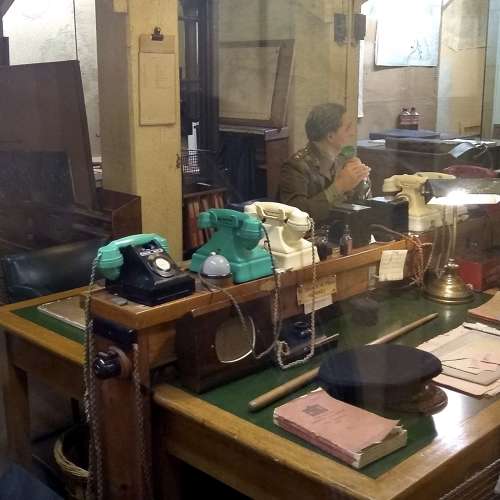 Rare wartime 'Scrambler' telephone No. 394/396.  They were developed for government and military use as part of a telephone system used to provide secure communications and prevent confidential information being intercepted by the enemy.  They were first issued by the General Post Office (GPO) around 1937.  In use, the telephone worked  in conjunction with the 'Scrambler' unit, often placed under the desk or in another room, which operated using valve technology to invert the signal around a chosen frequency, so that the high frequencies become low and vice versa.  To operate the phone, which had no facility for dialing, the call was initiated via a switchboard operator.  Once the call was set up, both parties pressed their ‘Secret’ button.  Anyone listening in on the line would now hear unintelligible noise.  The 'Normal' button was not wired and simply released the latch on the 'Secret' key, as did replacing the receiver on its rest.

Based on a standard 300 series telephone, the case was manufactured in black Bakelite with early examples being fitted with a pull-out personal directory tray.  From June 1940, probably as a cost cutting exercise, this was omitted in favour of a blanking plate (Tray, Dummy, D62099).  These telephones were always fitted with green handsets, either moulded in green bakelite or painted green.  This example has been put together from parts.  The main scrambler telephone case is original, it retains the original printed metal 'Secret Normal' label and dial blanking plate.  The latter is fitted with a reproduction 'Speech On Telephones Is Not Secret' label.  These were intended for standard telephones to remind users of potential enemy eavesdroppers but often fitted to Scramblers too, albeit somewhat unecessarily.  The unmarked phone handset is an original moulded green bakelite example but it has been added to the case.  There are repairs evident and, although moulded in green bakelite, it has been overpainted in green as shown.  As with some wartime examples, the earpiece is in standard black bakelite.  A reproduction green braided cord has been used to connect the handset to the body and it should be noted that the 'electrics' within the case and the chassis/base are that of a standard 300 series phone.  Because of this the chromed metal buttons do not operate and this phone will not take or receive calls.  Similar telephones were used by British Prime Minister Winston Churchill during WW2 and examples can be seen in the Cabinet War Rooms, Whitehall, London (see photos).  Now extremely rare and sought after, this part original example offers an excellent display piece at a reasonable price.  Stock code M25422.