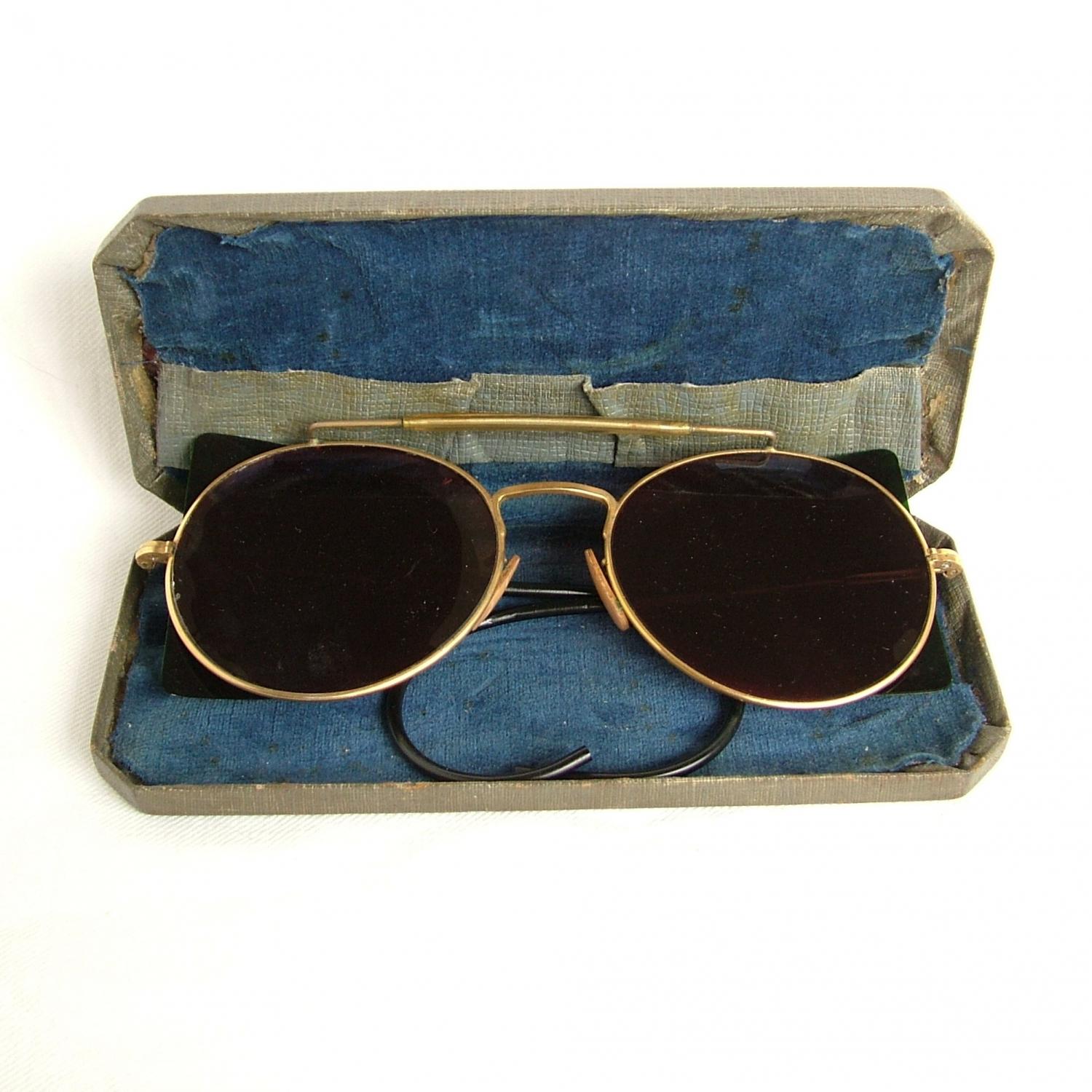 Stores reference 22c/1039.  Gilt coated wire frames with a plastic coated brow bar.  The side arms have wrap-around ear-pieces and are also plastic covered for additional comfort.  Fitted with ovoid Polaroid lenses having a 'pink' tint.  They were issued with a pair of green tinted cellulose acetate side shields that could be readily fitted to the side arms if desired.   Supplied in a rexine covered metal case with velvet lining. Spectacles, MK.X were intended for use by aircrew personnel when flying over water surfaces and under other severe reflected glare conditions.  They provided an excellent filter for use in submarine spotting and coastal reconnaisance.  They superceded the MK.VI, having a wider field of vision and being more comfortable to wear.  Two variants of these spectacles exist, one with the brow bar, one without.
The frame is in very good condition and marked 'BAO' (British American Optical).  There is minor verdigris where the nose-rests are attached.  The lenses have relatively minor delamination marking at the edges but are quite acceptable.  The side arms and fitted acetate shields are in very good order but there is some 'play' / movement in the hinges.  The case is in good solid condition although grubby, particularly inside at the edges where the lining is coming adrift.  Has War Department broad arrow marks and stores reference numbers on the lid of the case and on the side arms.  A nice pair of these extremely rare spectacles that were the last to be issued during the war. This is only the third pair we've ever had.  Stock code G14889. 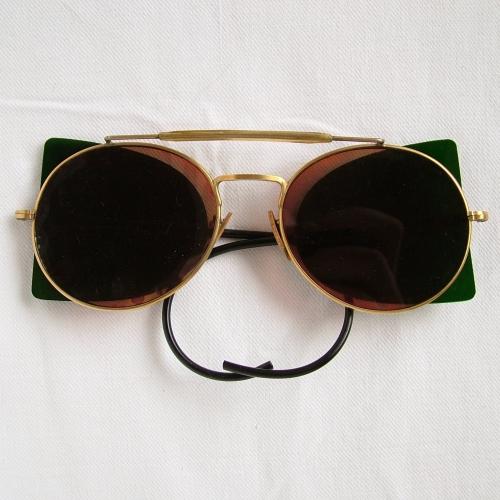 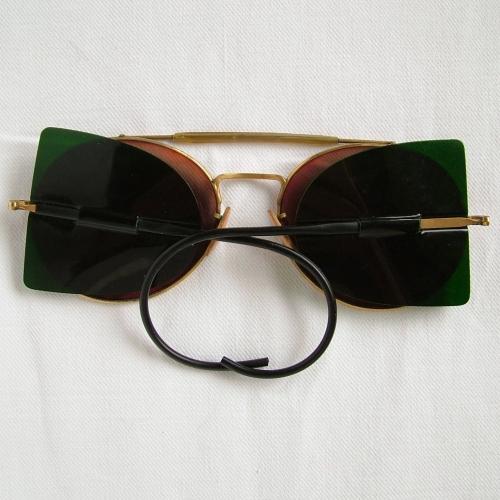 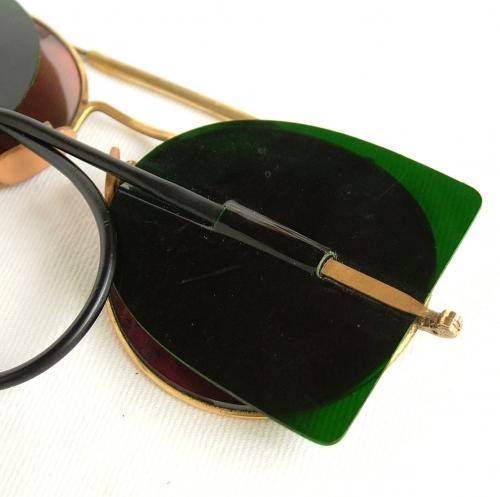 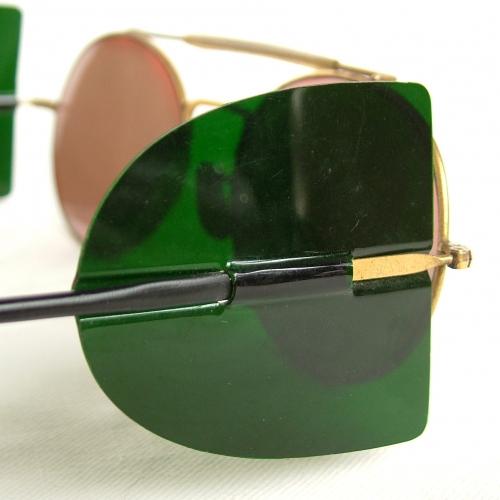 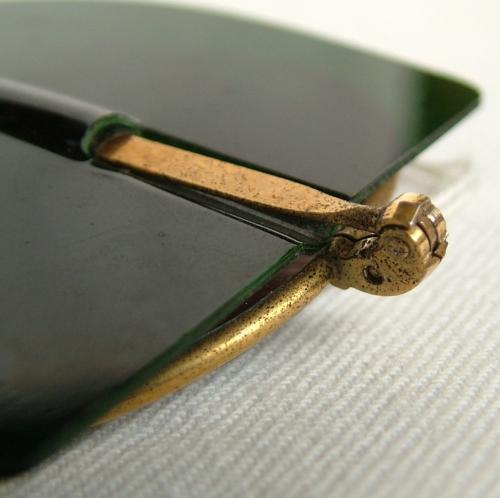 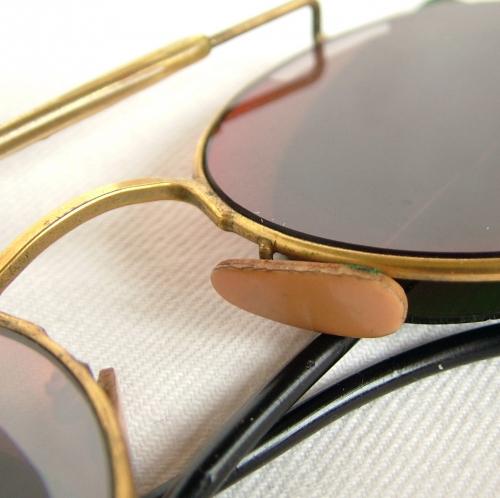 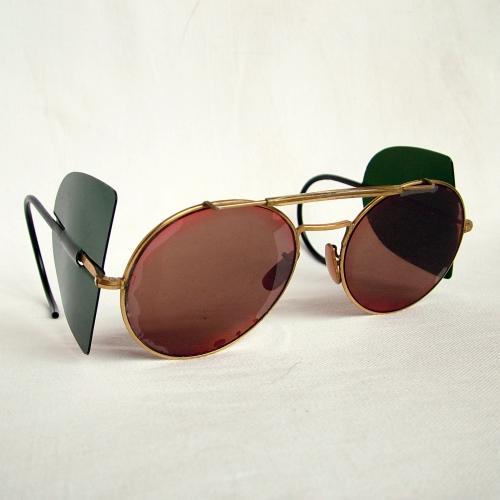 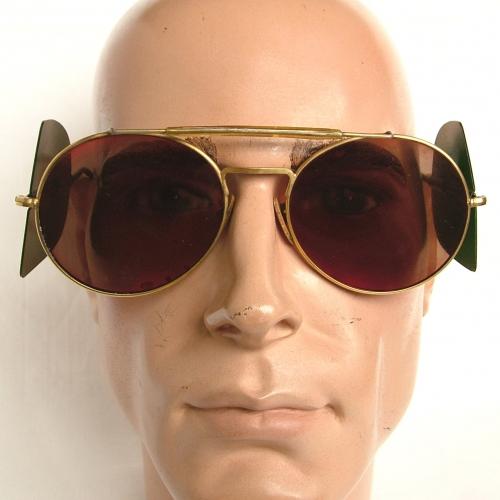 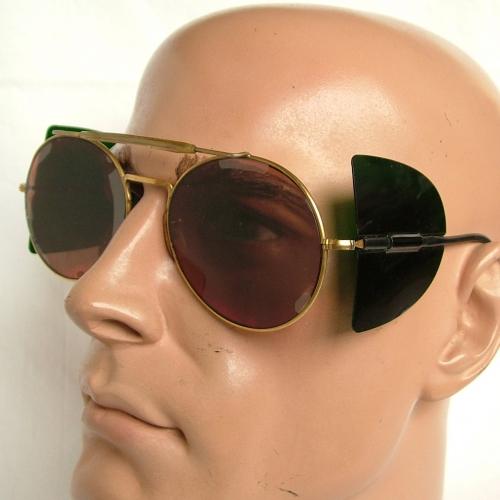 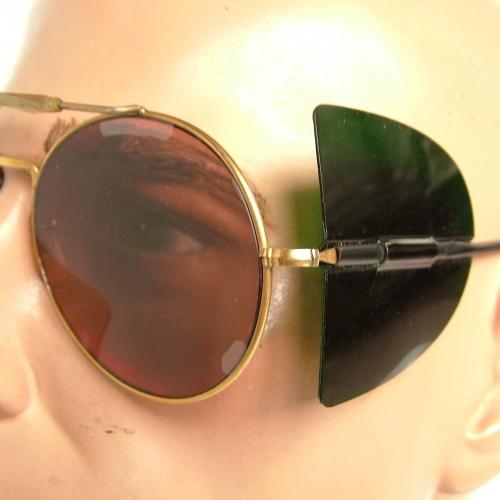 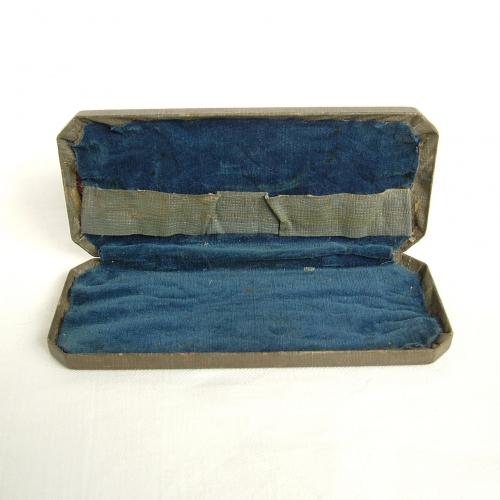 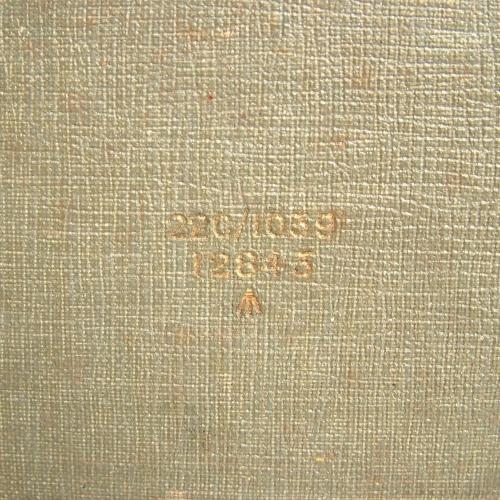