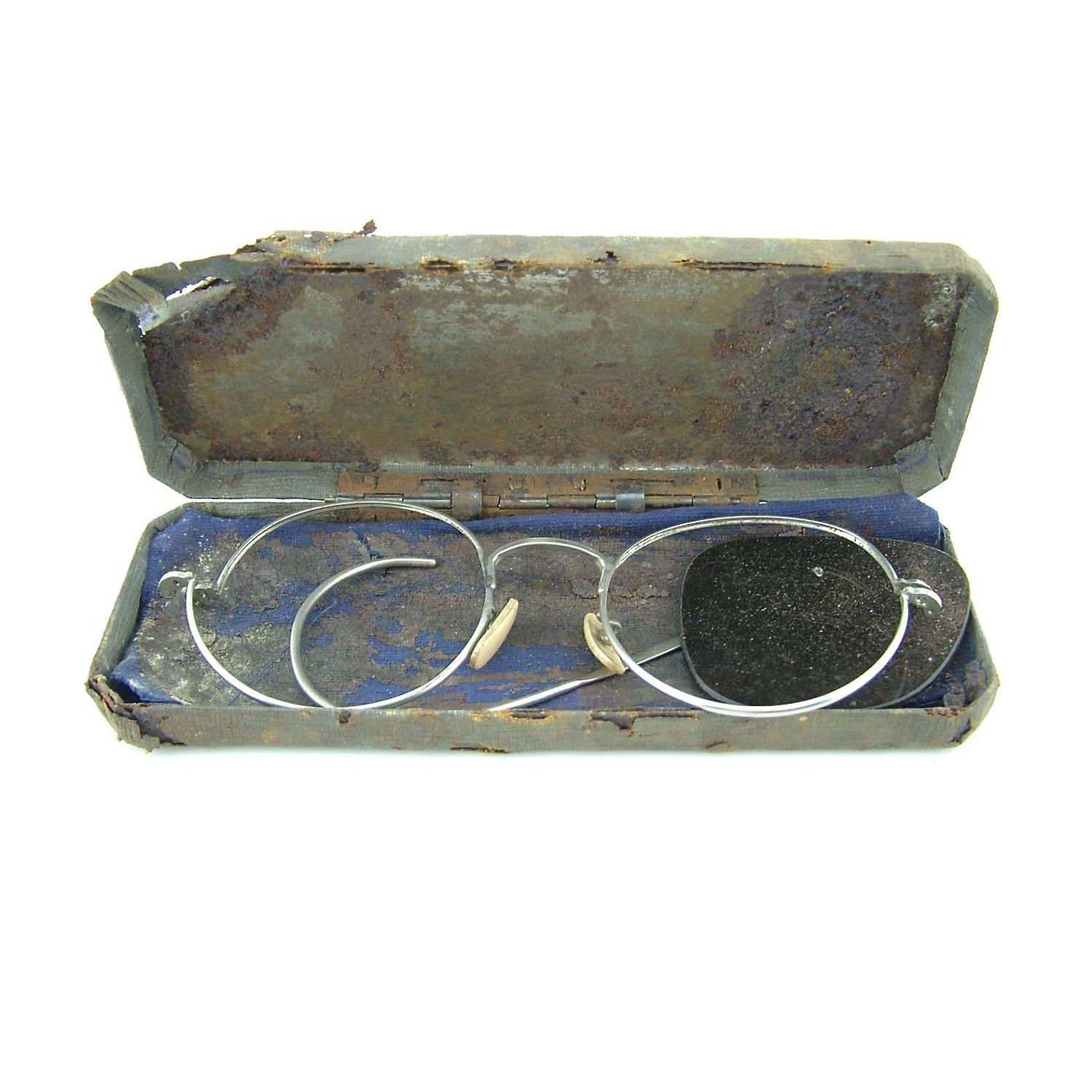 By British American Optical (BAO).  Stores reference 22c/961.  Standard WW2 issue MK.VIII anti-glare spectacles/sunglasses.  Grey-green tinted lenses set within steel wire frames with side-arms featuring 'wrap-around' ear pieces.  This pair is in relic condition, the frame lacks one arm and one lens.  The case is also heavily damaged and corroded.   They were found in the operations room at Tangmere Battle of Britain fighter station in West Sussex.  We acquired them directly from the son of the 'After the Battle' editor who discovered and removed them when researching for their publications in the 1970s.  They could be useful for spares but given their origins  we would keep them 'as found'.  Stock code G23414. 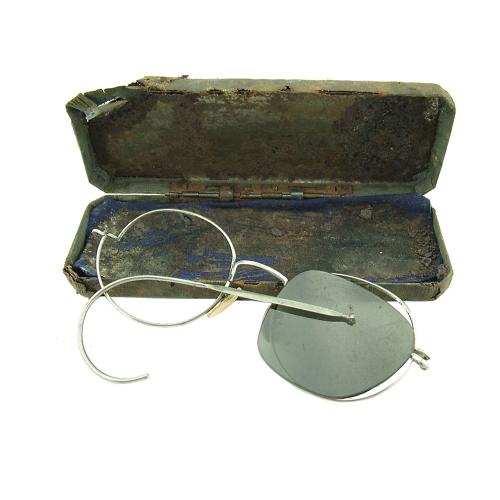 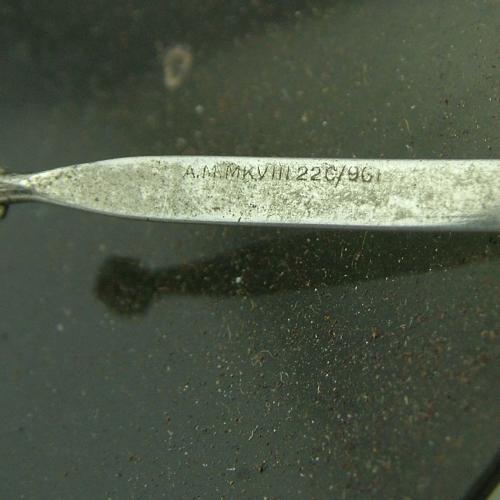 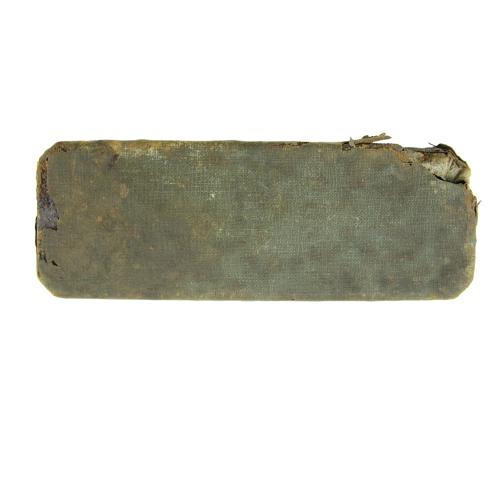 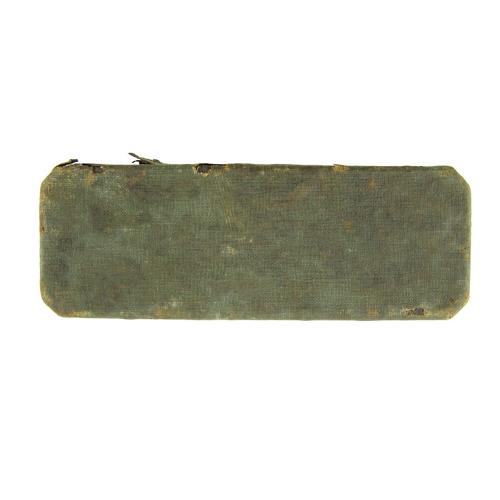 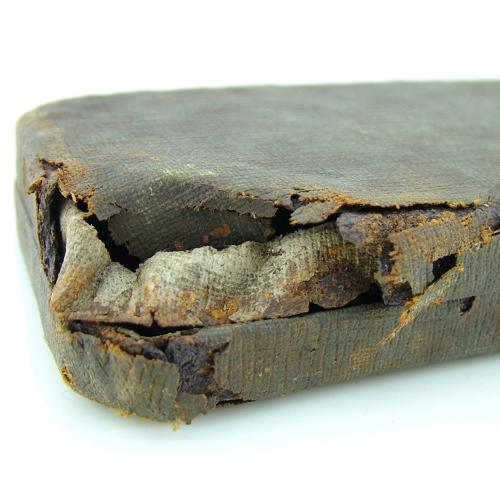