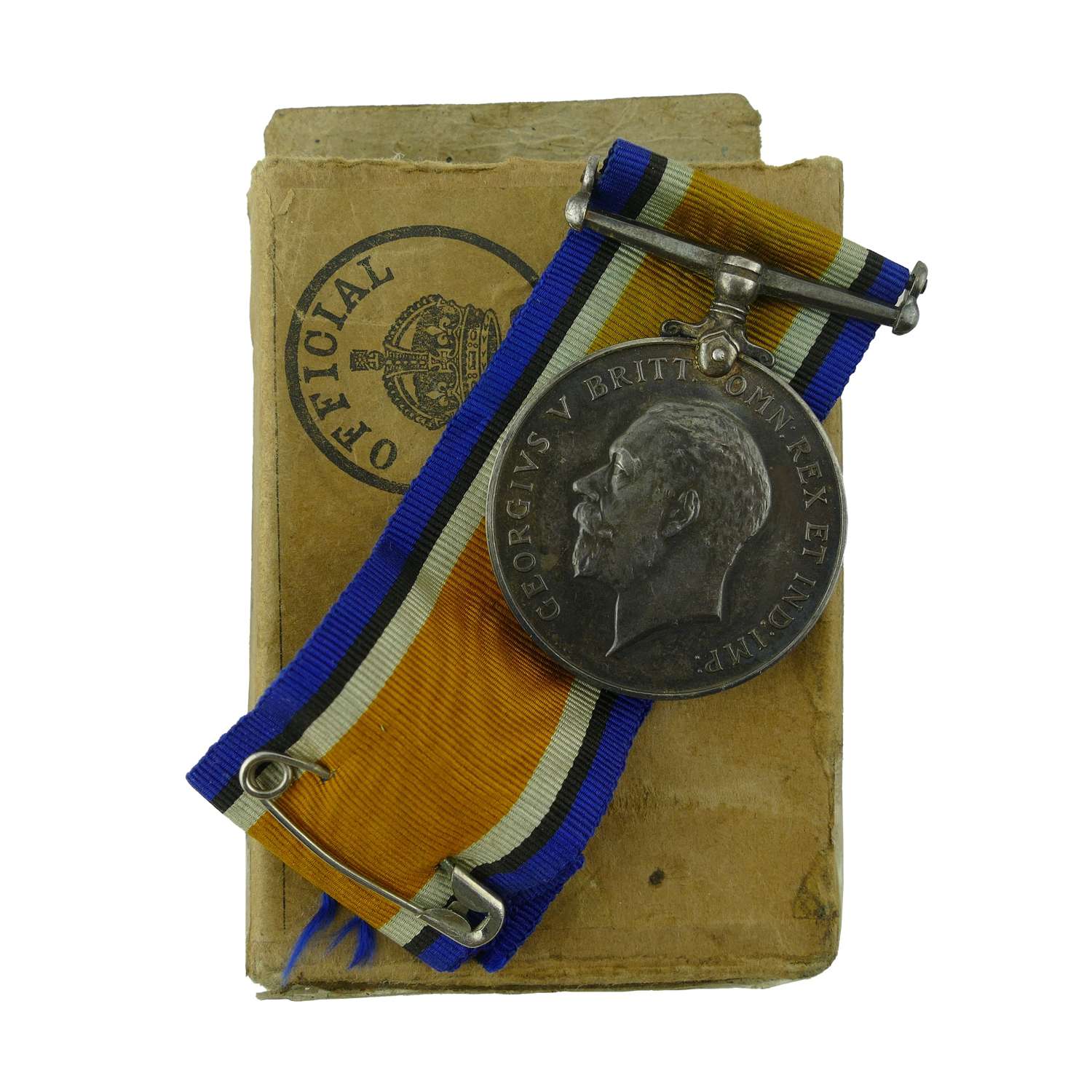 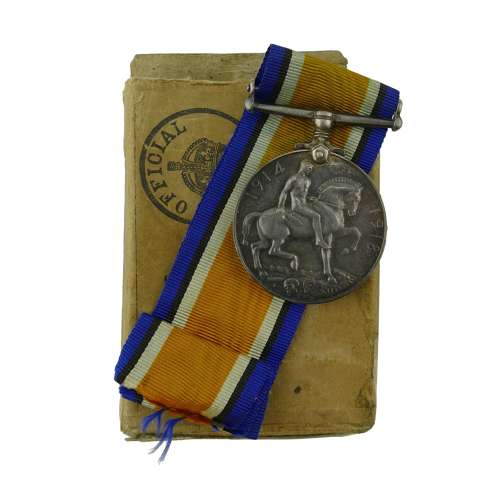 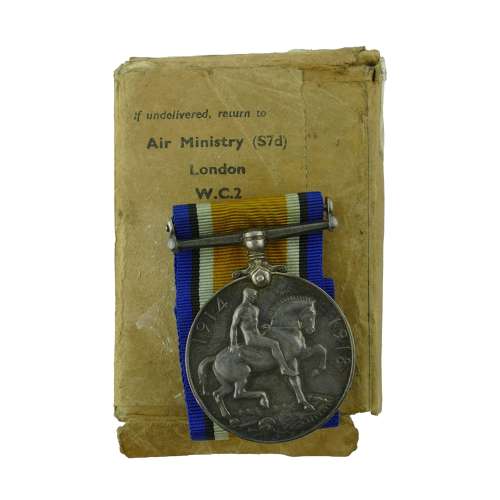 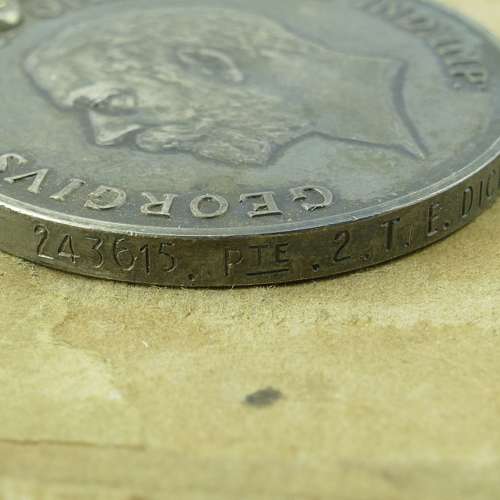 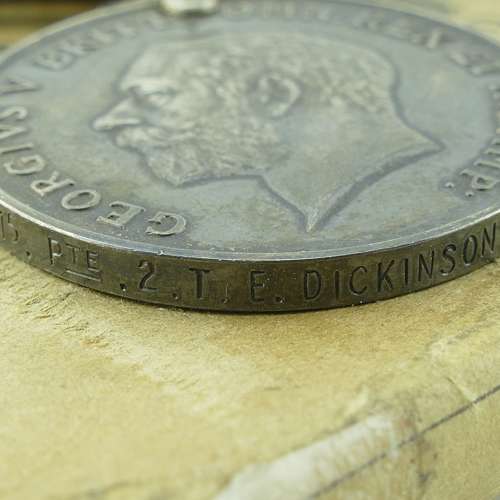 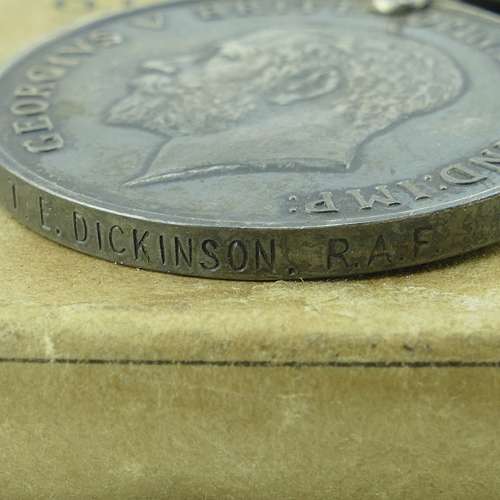 WW1 British war medal awarded/named to Private T.E. Dickinson, service number 243615.  Before service he worked as a labourer, joined the Royal Naval Air Service in 1917, and transferred to the RAF on its inception in April 1918.  Good condition with ribbon and issue box with Air Ministry markings.  Stock code M22873-29.