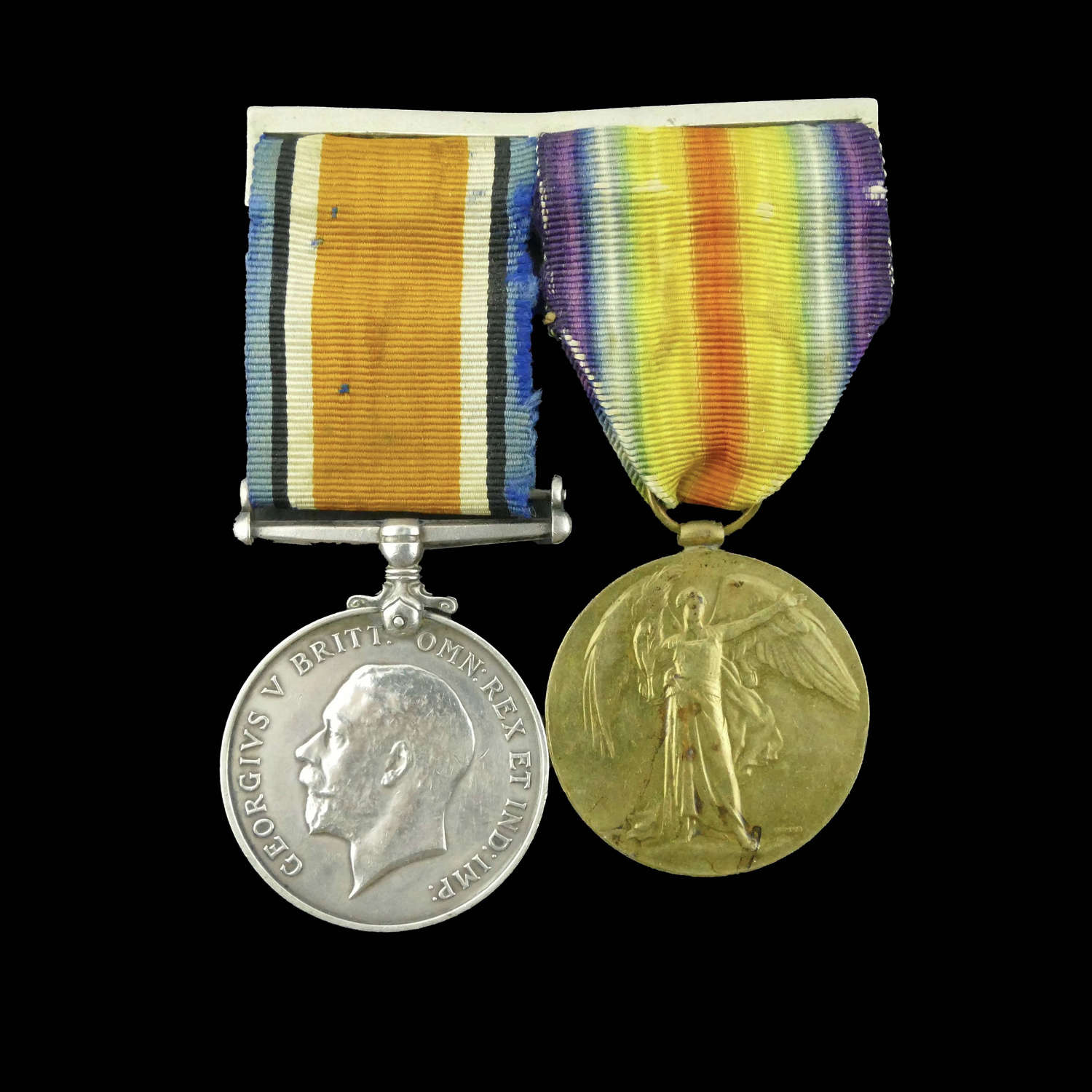 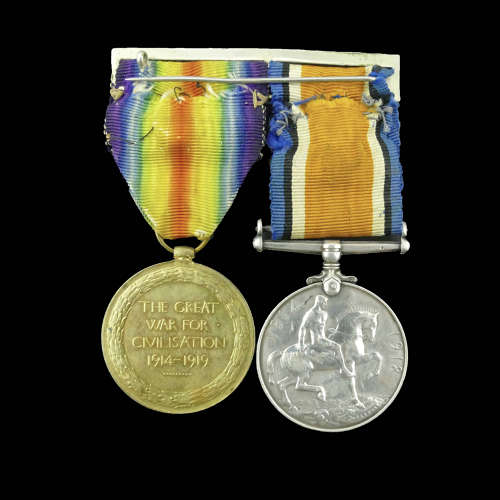 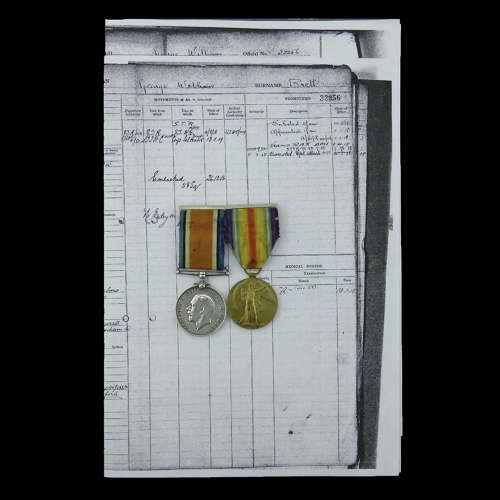 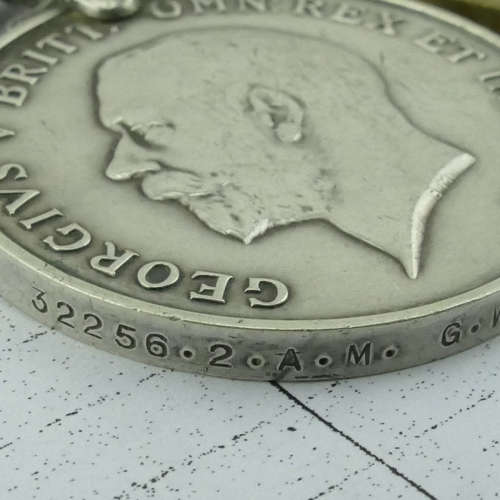 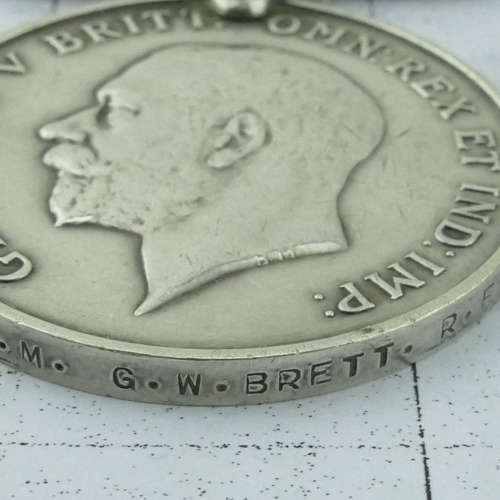 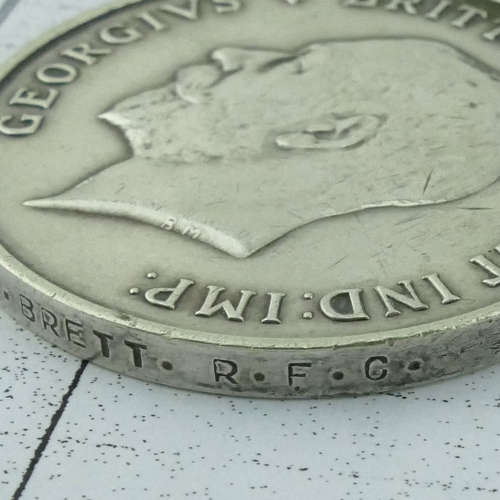 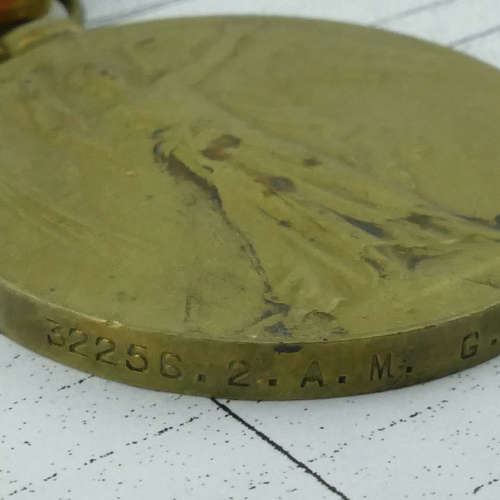 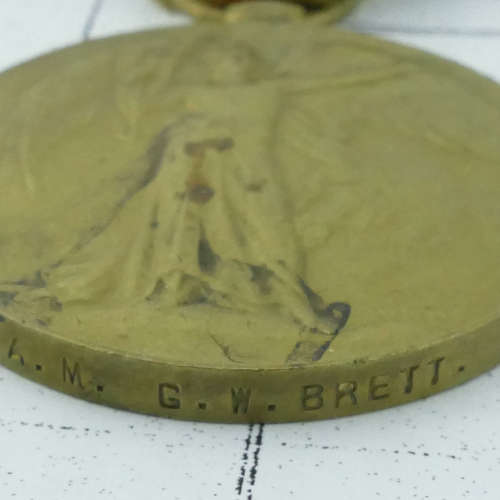 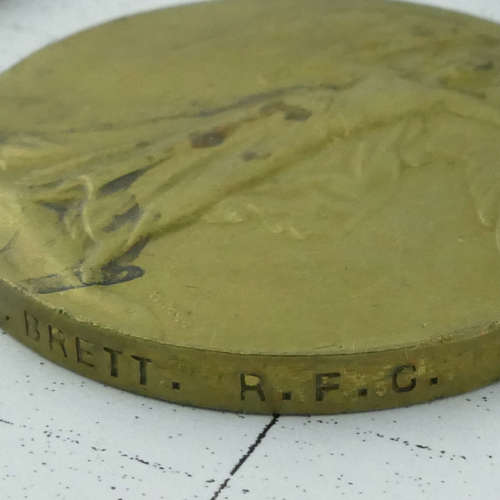 WW1 British war & victory medals awarded/named to 2nd class Air Mechanic George William Brett, R.F.C.  Service number 32256.  Brett served with the Royal Flying Corps from 14th June 1916, including time in France, thence to the R.A.F on its formation on April 1st 1918 where he worked as a Rigger (Air) until his discharge in 1920.  Brett was born on 14th June 1878 to Thomas James and Eleanor Violet Brett.  His civilian occupation was a carpenter, he married in November 1901 and resided in Twickenham.  Worn/tarnished but in good fine to very fine condition with original silk ribbons.  Bar mounted for wear.  With basic research via the National Archives.  Stock code M22873-27.