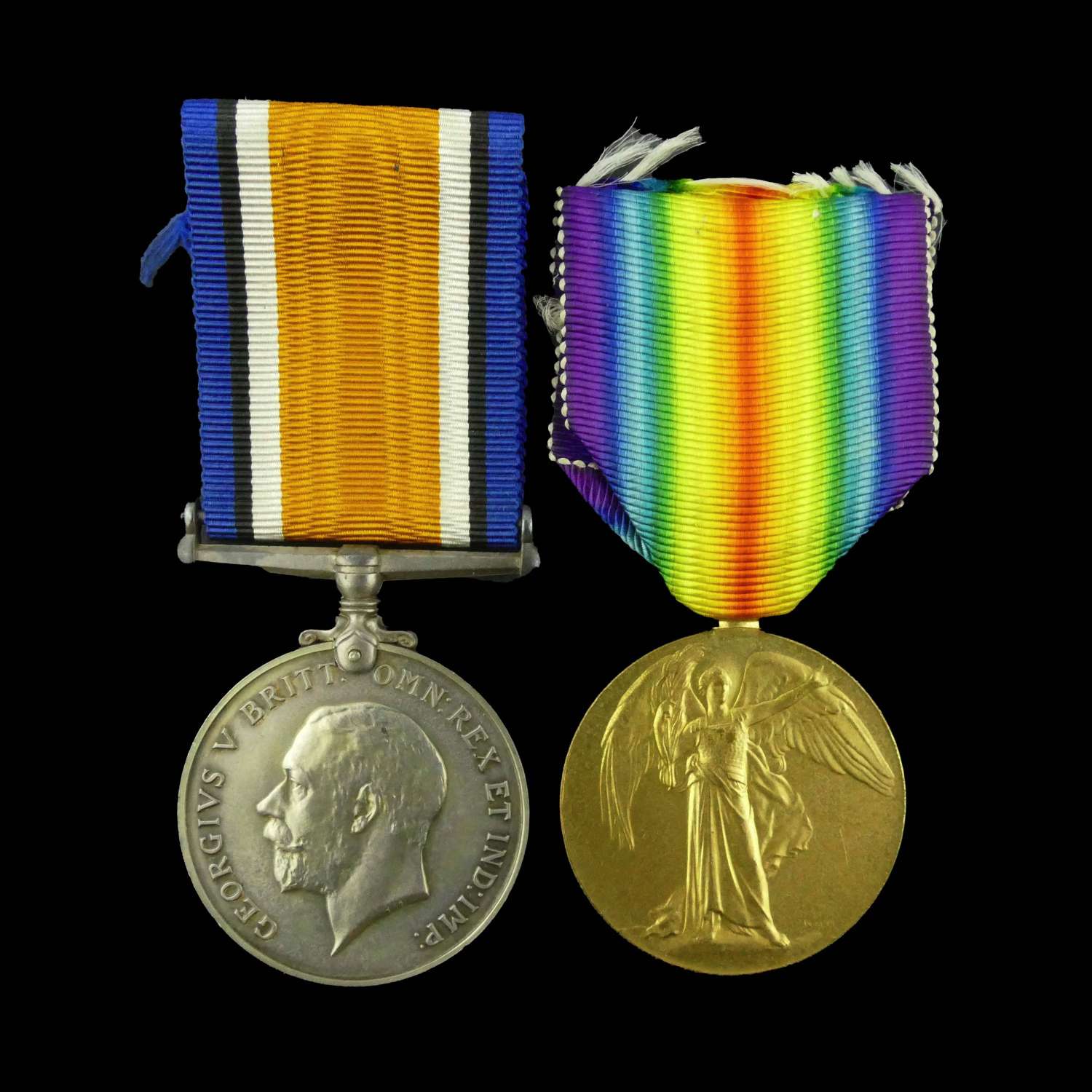 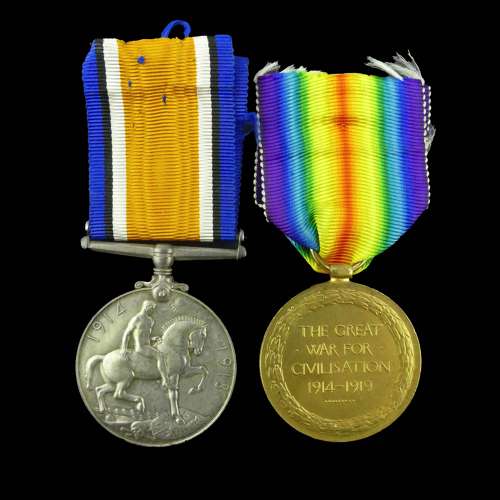 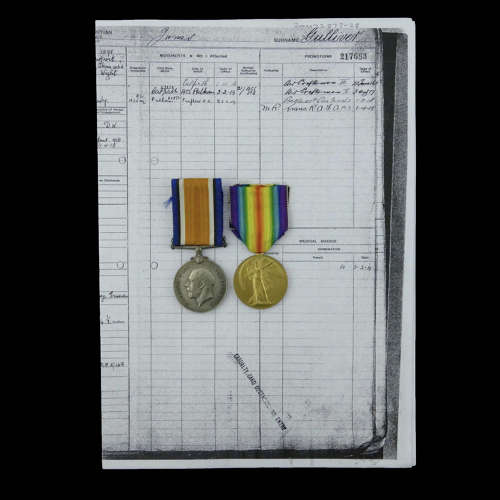 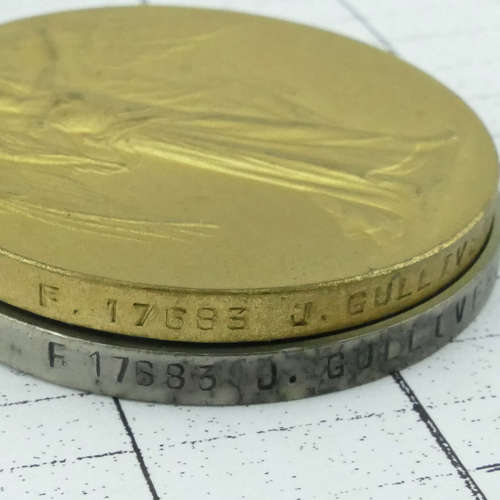 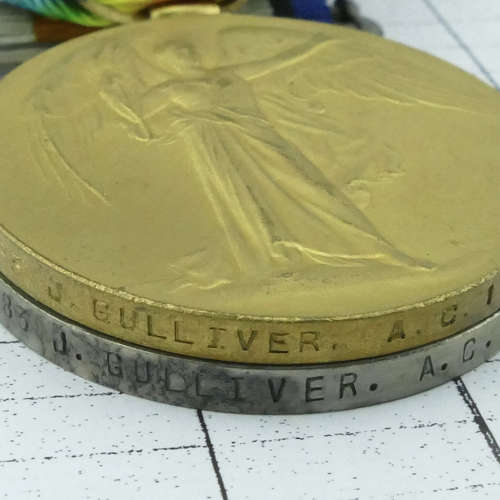 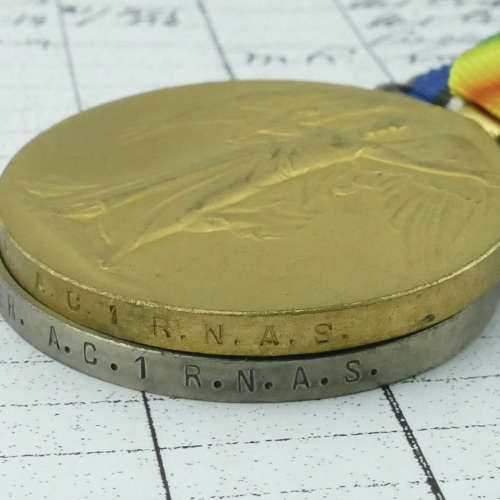 WW1 British war & victory medals awarded/named to A.C.1 James Gulliver, Royal Naval Air Service.  Service number 17683.  Gulliver served with the RNAS from 22nd June 1916, including time in France during 1917, thence to the R.A.F on its formation on April 1st 1918 where he worked until transfer to the Reserve in March 1919.  Gulliver was born on the Isle of Wight, 29th April 1898, son of James Brett.  His civilian occupation was a nurseryman and he resided in Waltham Abbey.  Very fine condition with original silk ribbons.  With basic research via the National Archives.  Stock code M22873-28.