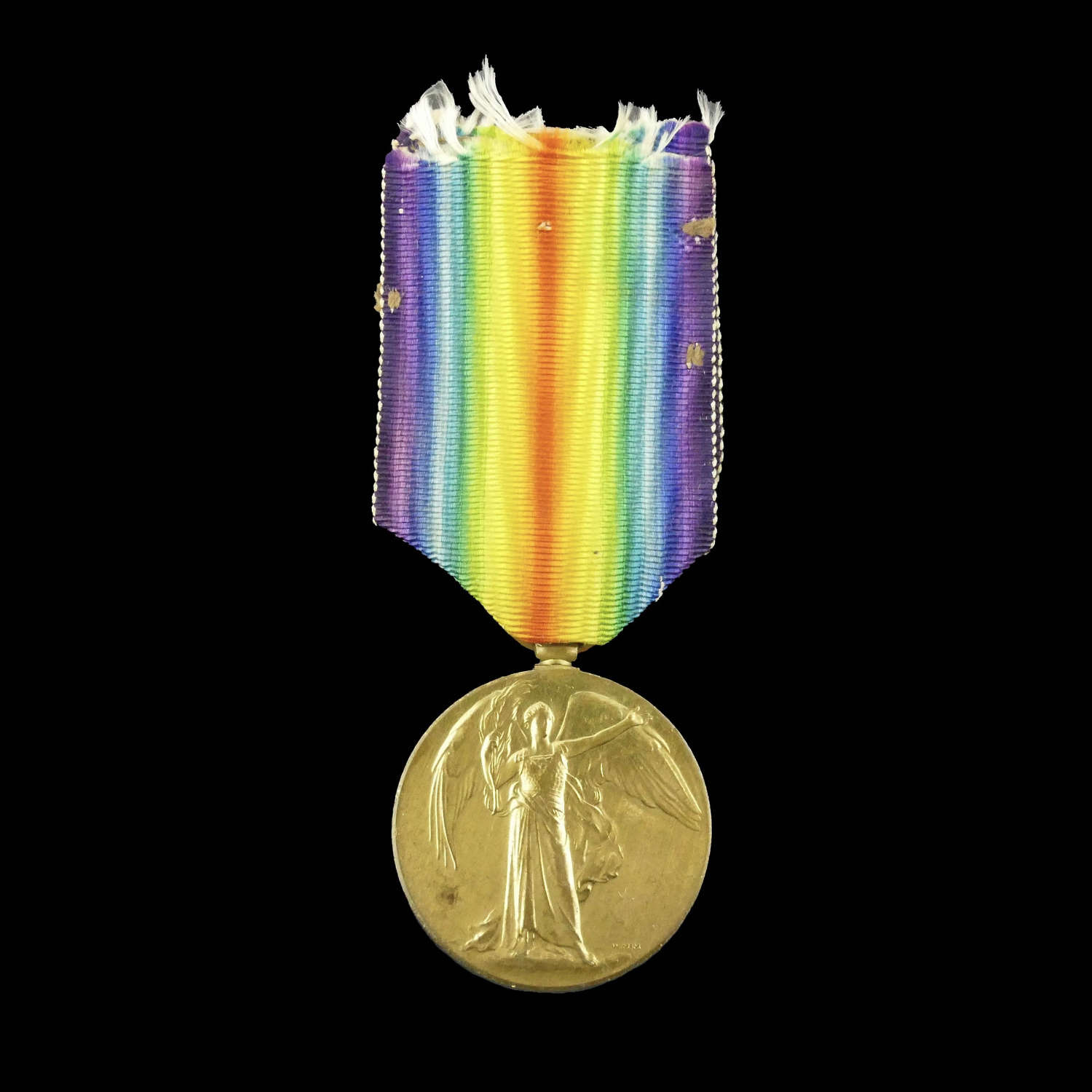 WW1 British Victory Medal awarded/named to Second Lieutenant Arthur Leslie Constable, 43rd Squadron, Royal Flying Corps.  Born 21st April 1891 in Liverpool, the son of Alfred Kirby and Rosa Constable.  HIs father died in 1901 and Rosa moved to Arthog, Merioneth, Wales.  Arthur was commissioned to the RFC on 1st August1916, undertaking basic training at the military school in Doncaster, South Yorkshire, where he gained his wings on 25th August the same year.  He was posted to 43 Squadron, then under the command of Captain William Sholto Douglas MC (later Marshall of the RAF).  The squadron was equipped with Sopwith 11/2 Strutter biplanes when posted to France in January 1917.  On 10th February, whilst delivering aircraft A2399 (Sopwith 2str), he ran into a ditch at Conteville near Boulogne.  Both he and his Observer A.G Green were unharmed.
On the 17th March, 43 Squadron, escorted by 25 Squadron, took part in a photo-reconnaissance sortie over Beaumont.  They were attacked by Manfred von Richthoven's 'Flying Circus' and embroiled in a large dog-fight involving18 aircraft.  Constable and his Observer, 2nd Lieutenant Charles Duncan Knox, were shot down in their Sopwith Strutter (A1097) by Leutnant Kurt Wolff of Jasta 11.  Their aircraft crashed near Arras killing both men.  They are buried in the Cabaret Rouge British Cemetery at Souchez.  The RFC lost three aircraft that day with the 'Red Baron' claiming his 27th victory in Lieutenant Arthur Elsdale Boultebee and 1st Class Air Mechanic Frederick King of 25 Squadron.
Fine condition with ribbon.  Stock code M22873-30. 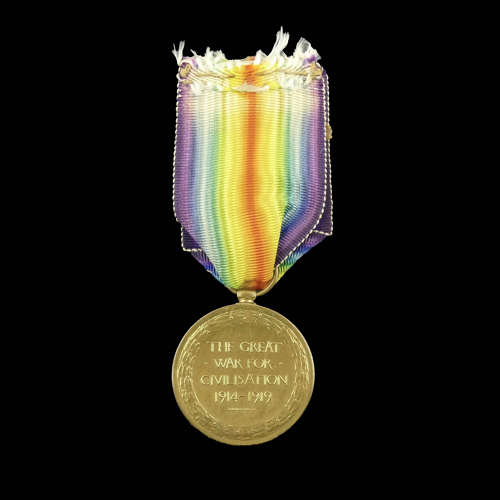 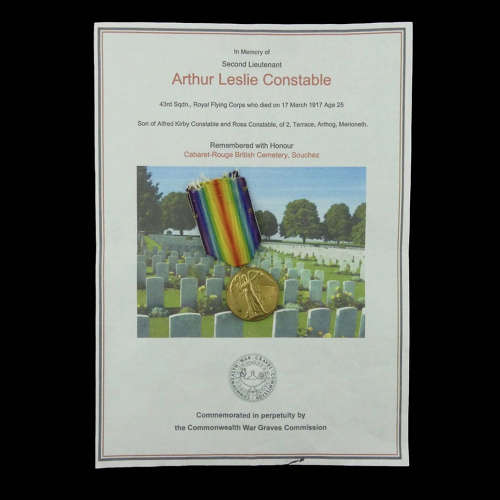 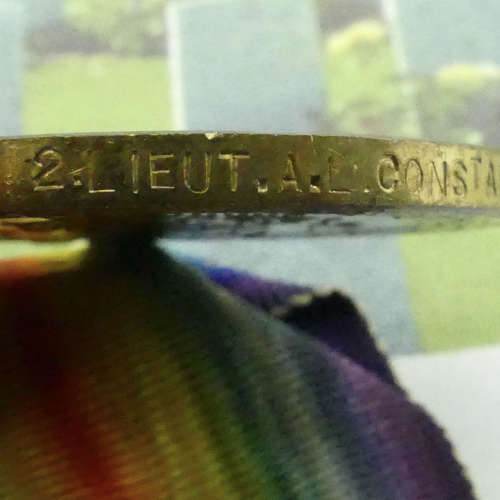 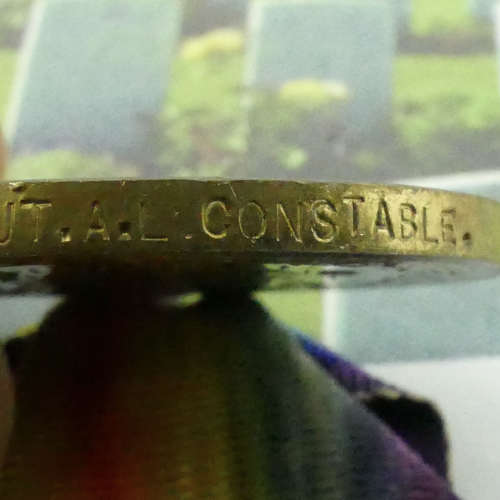