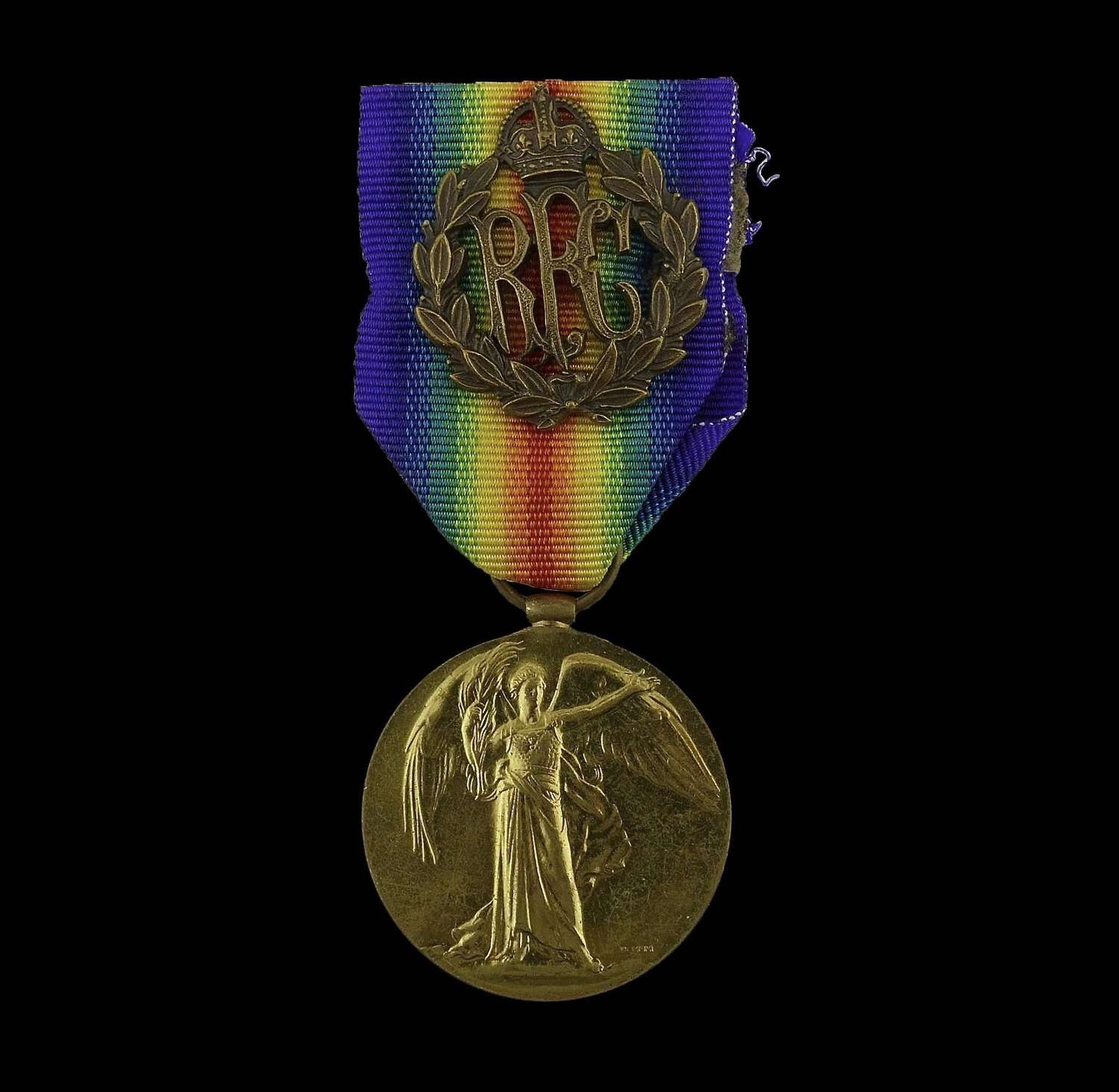 WW1 British victory medal awarded/named to 2nd Lieutenant Colston Thomas Mansell, R.F.C.  Born on 20th August 1889, he was a 2nd Lieutenant Cadet (on probation) with the Royal West Kent Regiment on 7 July 1916  before being transferred to 12 Squadron, Royal Flying Corps.  He was posted to 13 Squadron on 6th February 1918.  Mansell crash landed on 26th February, pancaking in strong gusting wind after a patrol (Case Report AIR1/853, 9168).  He was slightly injured during another incident on 18th March 1918 when he crash landed in a ploughed field after running out of fuel (Case Report AIR 1/853, 9335).  A quick search in the London Gazette indicates that Mansell was in the RAF during WW2, attaining the war substantive rank of Flying Officer c.1941.  Needs further research.  Light wear/tarnishing but in good fine to very fine condition with original silk ribbon, the latter with bronze RFC collar badge attached.  Stock code M22873-34. 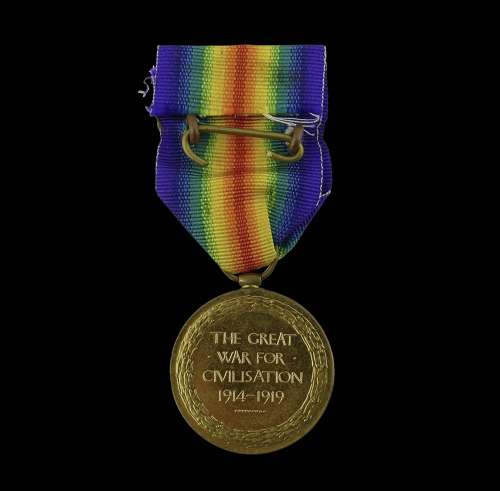 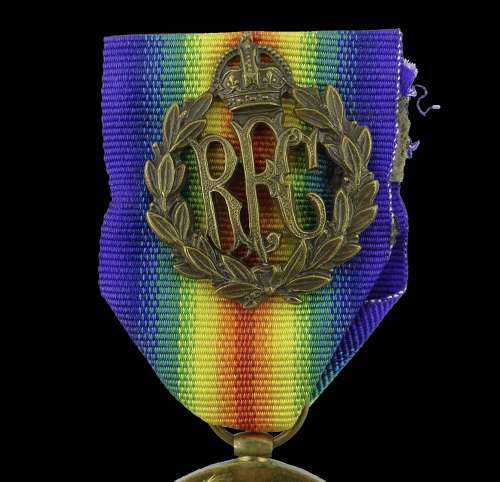 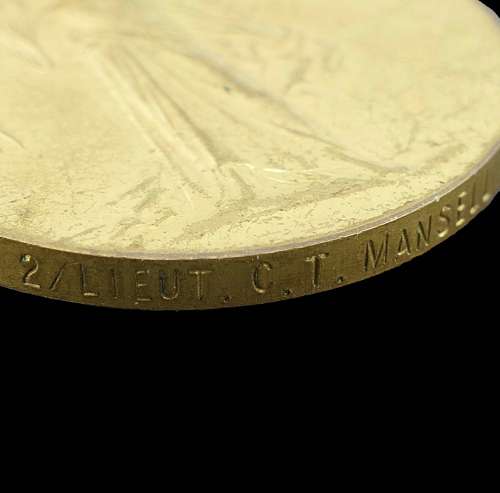 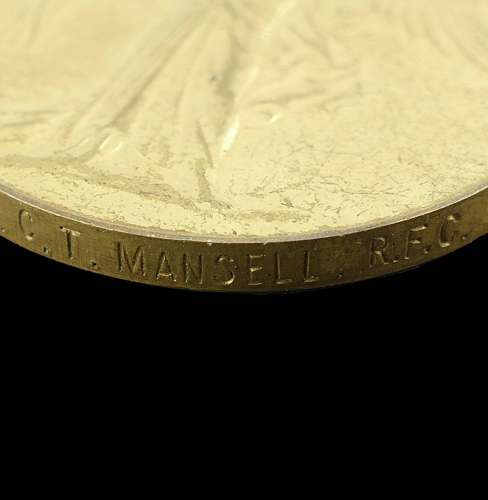 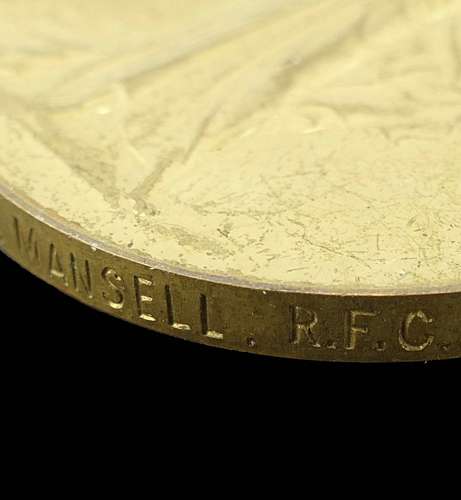